While most international sporting events like the Olympics were canceled this year due to the coronavirus pandemic, last month China hosted the League of Legends annual World Championship in Shanghai.

A total of 600 players from around the world underwent three weeks of quarantine to compete in person during the monthlong, team-based esports competition.

Related: Will countries boycott the 2022 Winter Olympics in Beijing?

The Korean team DAMWON won first place, but China takes the prize for most esports fans in the world. Amid this esports boom, China has recently introduced new restrictions to try to regulate and support the growing industry — and curb internet addictions. 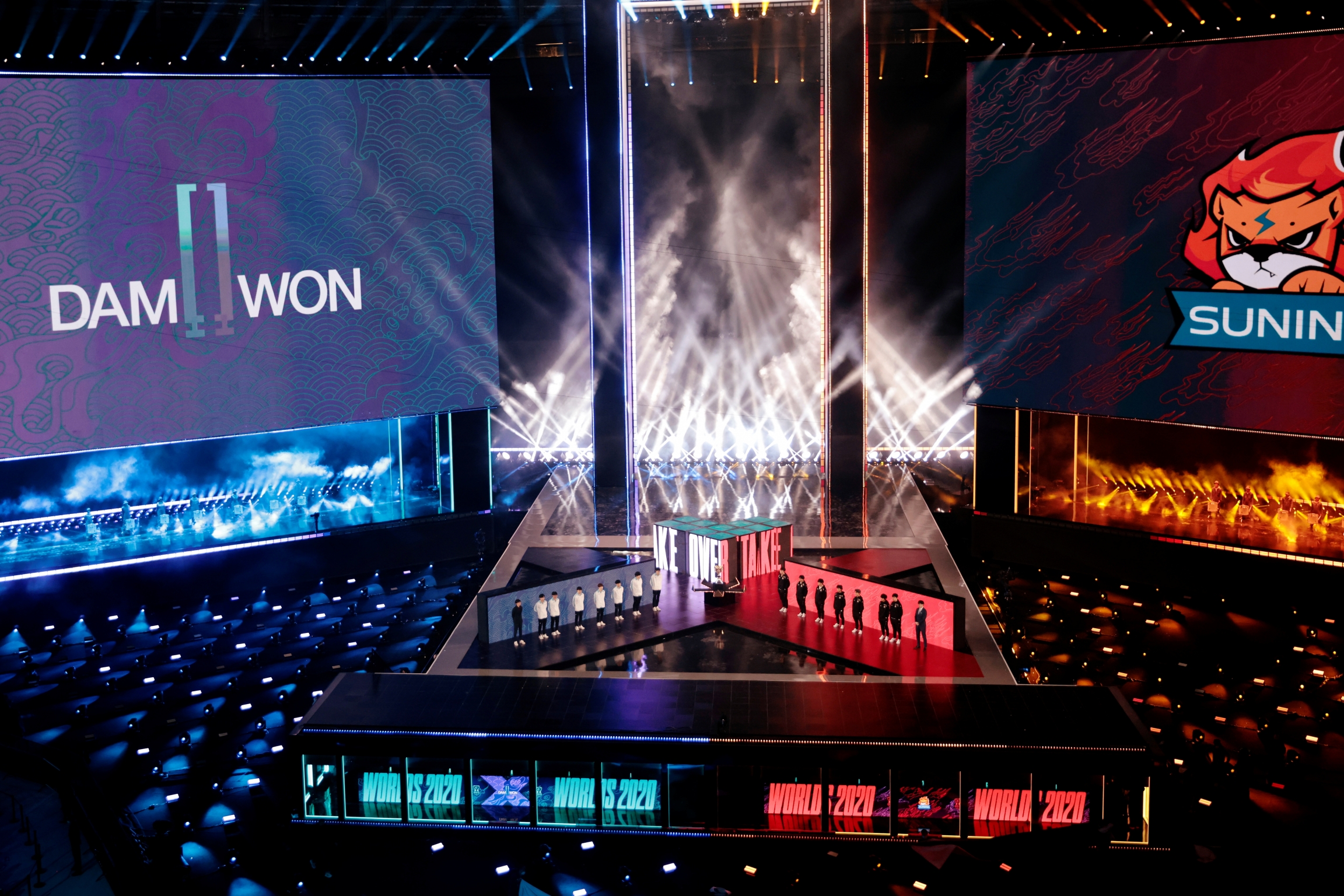 Halleigh Liu is a huge esports fan who hopes to get a job one day in the online gaming world. When she was a kid in Beijing in the 2000s, she played team-based computer games like these. Her mom hated her hobby.

“My mom doesn’t want me to play [these games],” she says. “She just wants me to focus on my study. That's like Chinese parents.”

Later she went to the US for high school. She started playing League of Legends, a popular esports game, with her friends back in China. It helped her keep up her Chinese, she says, but her mom still disapproved.

“She was so angry because she thinks why am I playing those instead of reading books.”

On visits home, Liu secretly stayed up late gaming after her parents went to bed. And she and her friends watched League of Legends tournaments together online.

“When I play those games, I feel very [excited] and like, you can forget about other things [that] happen in your daily life.”

“When I play those games, I feel very [excited] and, like, you can forget about other things [that] happen in your daily life.”

Back when she was a kid, it was common to see news reports and documentaries about the dangers of computer games. In one, teenagers wearing military fatigues were shown going through group therapy to cure them of their internet addiction.

A decade later, so much has changed.

Today, China is a country of gamers: half the population plays some sort of online game — that’s more than 600 million people. And professional esports leagues are booming.

At the League of Legends World Championship held in Shanghai last month, more than 3 million people entered to win a ticket to attend the finals. Only 6,000 were allowed in because of social distancing rules due to the pandemic.

Outside the stadium, almost everyone in line looked to be under 30 years old.

A young engineer named Siyan scored a ticket. She traveled over 500 miles to be in the live audience.

“I’ve been playing League of Legends for eight years now,” she says. I wanted to come today to feel the energy of watching with a crowd.” 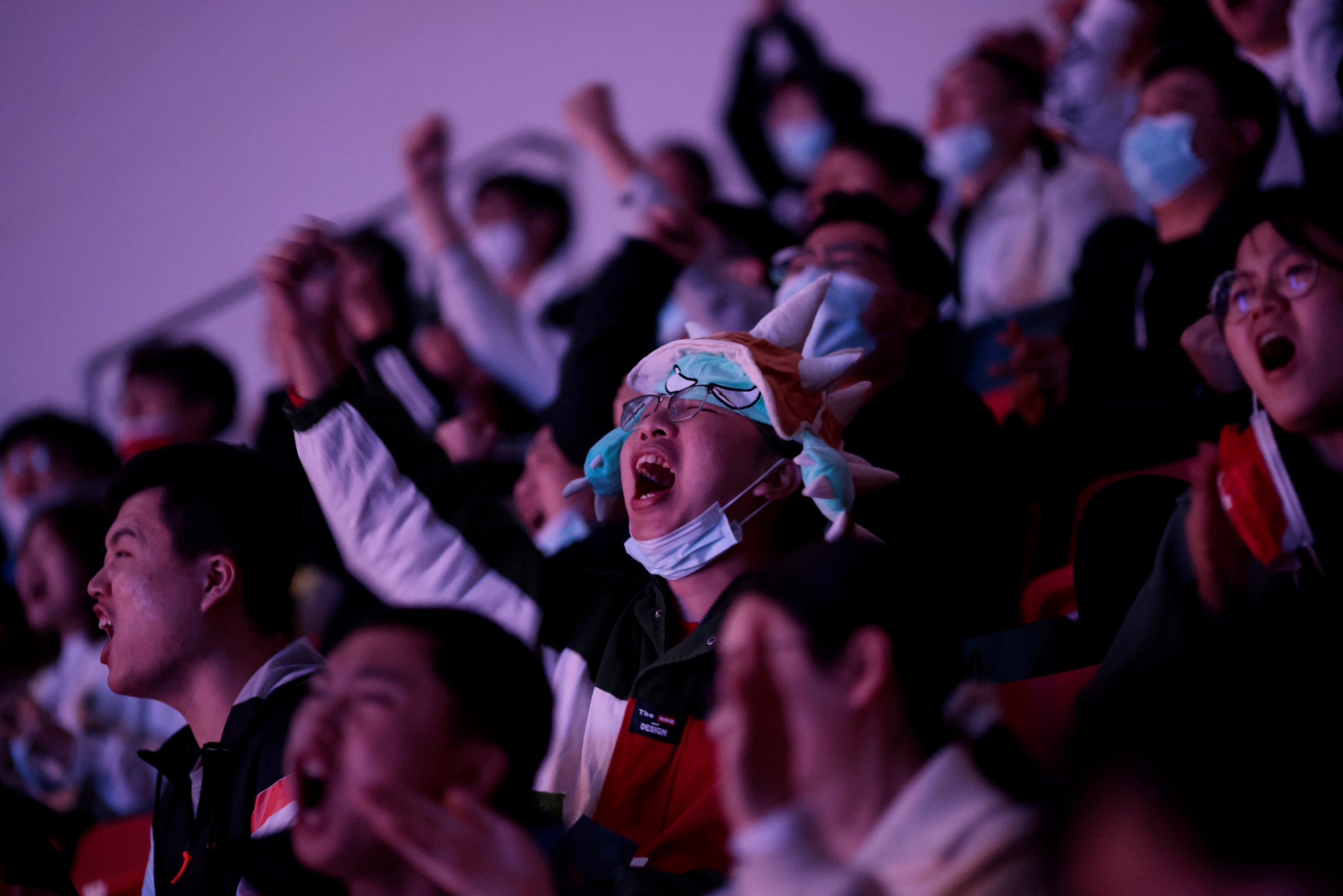 Korean team DAMWON won the championship trophy, which came with its own Louis Vuitton carrying case. It’s one of many major brands that is moving into esports territory.

In the heart of Shanghai, a Nike store has put esports gear at the center of its floor display. There are League of Legends team jerseys, shoes and clothing. There’s even a gaming area where you can play while you shop.

While a lot of the esports gear targets young gamers, it also appeals to people in their 30s and 40s. Along with Nike, companies like Mastercard, Mercedes Benz, MAC cosmetics are all signing esports sponsorship deals, too.

“One of the biggest eye-openers for me is, it’s not just about kids. It’s also about people who have purchasing power, who still look at it as a form of entertainment but who have the means to spend on it."

Ajay Jilka is a sports marketing and business director at Culture Group. He worked on the Nike deal with China’s Tencent League of Legends pro league.

“One of the biggest eye-openers for me is, it’s not just about kids. It’s also about people who have purchasing power, who still look at it as a form of entertainment but who have the means to spend on it,” he says.

And League of Legends players are shoppers. Even inside the game itself, there are opportunities to purchase merchandise.

China runs on mobile transactions which makes for seamless shopping.

“I don't have to physically go to the store and buy [it], I can just like, swipe, tap and consume...I already have that virtual product to then put on my avatar,” Jilka says.

Cities like Shanghai, Hangzhou and Qingdao are jumping on the bandwagon, too, promoting themselves as esports bases to attract investors. But Frederick Yang, a video game industry veteran who now runs a chain of arcades, says that China’s support of gaming is complicated.

“The [Chinese] government has a conflict, how to regulate and support the industry."

“The government has a conflict, how to regulate and support the industry,” he says.

Recently a whole new spate of esports restrictions has come out. There are now time limits for younger players to prevent addiction, a ban on games involving gambling or featuring blood or dead bodies, and restrictions on playing with gamers outside of China.

At the same time, the government wants to support the growth of esports in China. Last year it recognized esports as a profession, opening the way for training and job opportunities.

Halleigh Liu, the League of Legends fan, hopes to land one of them. And this time, her mom has given her full support.

“Right now she just thinks if I can get a job and I can earn money by myself, she's really happy about that, she says.”

As esports continues to expand in China, it offers more opportunities to cash in on the growing number of gamers, but also more challenges in how to control the online world of its players.