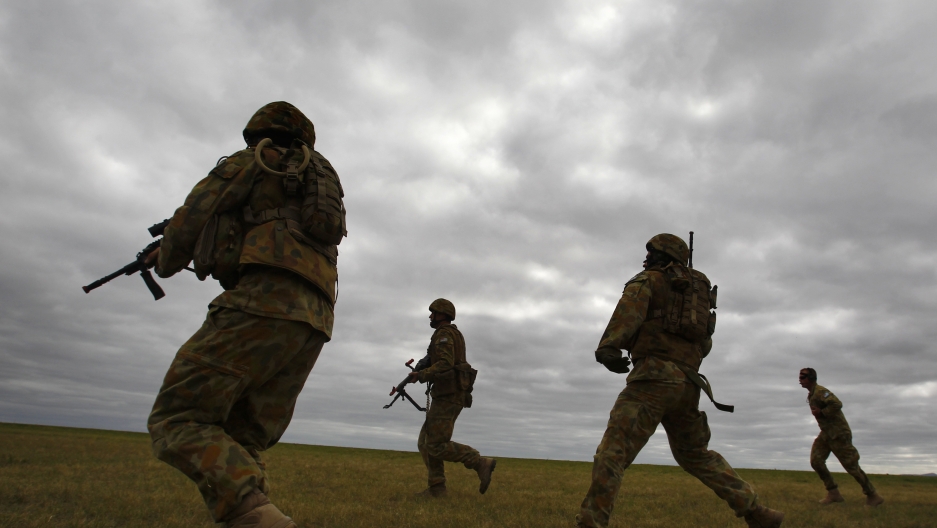 Members of Australia's special forces conduct an exercise during the Australian International Airshow in Melbourne, March 2, 2011.

A report released this week substantiates allegations of wartime atrocities committed by members of the Australian Defence Force in Afghanistan, which were first reported by Afghan journalists years ago.

The US and UK have been accused of similarly horrific violations in Afghanistan. So Afghans and human rights activists hope that both countries will follow Australia’s lead in acknowledging these crimes.

The 531-page report from the Inspector-General of the Australian Defence Force details a four-year internal investigation. Much of it is heavily redacted. But between the thick black lines, it paints a picture of a brutal culture of violence and impunity within the force.

“I would never have conceived that an Australian would be doing this in the modern era.”

“I would never have conceived that an Australian would be doing this in the modern era,” said Gen. Angus Campbell, chief of the Australian Defence Force, in a press conference this week.

Campbell ”unreservedly apologized” to the Afghan people. The report found that, between 2009 and 2013, 25 members of Australian special forces unlawfully killed 39 people. Those victims were noncombatants, including farmers and other civilians. And their deaths didn’t happen in “the heat of the battle.” They were part of Australian soldiers’ initiation rituals and covered up. In some cases, weapons had been planted on victims.

"It does undermine the Defence Forces’ moral authority,” Campbell said, adding how Australia’s approach provides hope that the country "stands up when something’s gone wrong, and deals with it.”

Australia has appointed a special investigator and oversight panel to prosecute those responsible.

“This report is helpful to Afghan victims but it is just a first step. Nothing can make up for the loss of loved ones fully, but it’s important to first stop any further victimization of civilians and attend to the grievances and demands of victims … Australia is on the right track, even if it’s a bit late.”

“This report is helpful to Afghan victims but it is just a first step,” said Shaharzad Akbar, chair of the Afghanistan Independent Human Rights Commission. “Nothing can make up for the loss of loved ones fully, but it’s important to first stop any further victimization of civilians and attend to the grievances and demands of victims … Australia is on the right track, even if it’s a bit late.”

If Australia is late, the US and the UK haven’t even shown up. Both countries have investigated military personnel for war crimes in Afghanistan and found evidence of abuses, but no one has been held accountable. That lack of action led the International Criminal Court to launch its own investigation into the countries’ activities in Afghanistan, which is ongoing. US Secretary of State Mike Pompeo retaliated in September, calling the court “a thoroughly broken and corrupted institution” and leveling sanctions against its staff.

“The United States has never ratified the Rome Statute that created the court, and we will not tolerate its illegitimate attempts to subject Americans to its jurisdiction,” Pompeo said then.

Australia’s actions this week have shown that if the US really wants to avoid an ICC investigation, it should make genuine moves toward accountability, said Patricia Gossman, associate director for the Asia division at Human Rights Watch.

Related: At the UN review of US human rights, the Trump administration gets an earful

“In some ways, Australia could be the front-runner here to really send a message to everyone that was involved in this very terrible war for so long to reckon with their own past,” she said.

But Gossman remains skeptical that the US could be shamed into action by Australia. Despite the coming change in the White House, she says there is a lot of resistance among American officials to acknowledging possible war crimes in Afghanistan, and to subjecting the US to the judgment and scrutiny of other nations.