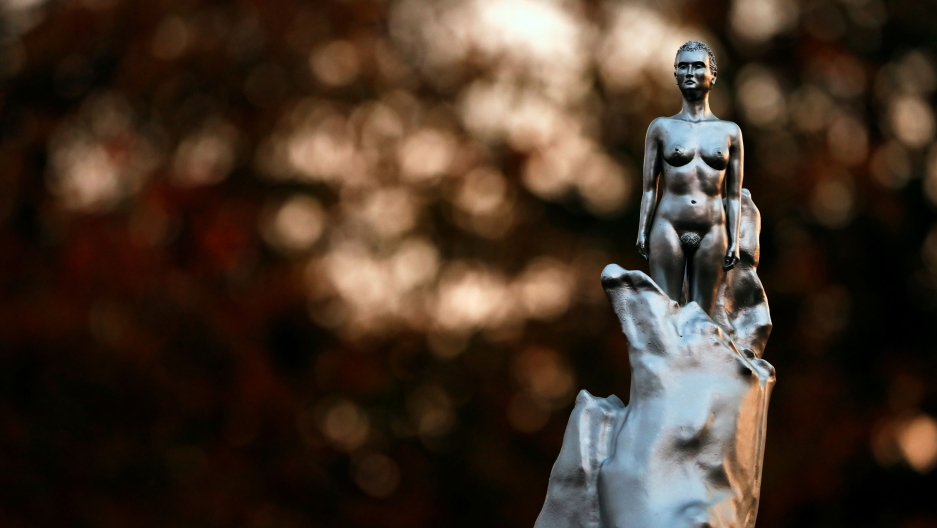 A new statue honoring 18th-century feminist icon Mary Wollstonecraft drew sharp backlash after it was was unveiled in London this week.

The issue? The figure depicted in the statue is totally nude. Critics argue that a nude statue honoring a feminist is sexist — and that important men in history are not typically depicted this way.

The statue, located in Newington Green, a park in London, was commissioned by a campaign called Mary on the Green. The campaign lasted more than a decade and the statue was created by artist Maggi Hambling. 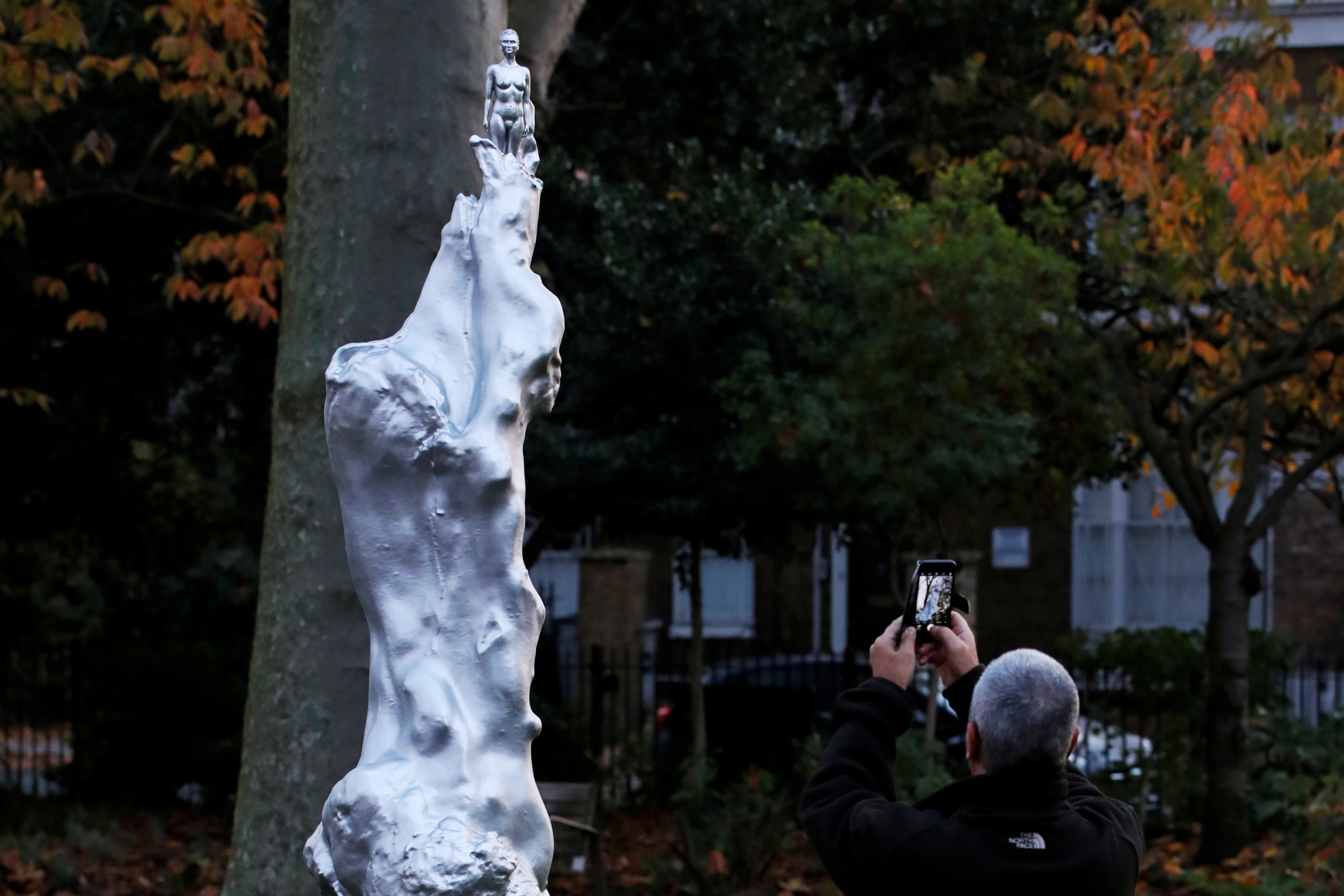 A person takes a photo of the Mary Wollstonecraft statue by artist Maggi Hambling in Newington Green, London, Britain, Nov. 11, 2020.

“It’s a kind of floating silver, twisty cloud. It’s actually incredibly beautiful,” said Bee Rowlatt, a writer who led the campaign and wrote a book inspired by Wollstonecraft. “It’s supposed to be co-mingling female forms, on top of which, and kind of emerging from which is a small, naked and very defiant, quite fierce-looking figure.”

Wollstonecraft, an English writer and philosopher, was influenced by the stirrings of the French revolution. She published her best-known work, “A Vindication of the Rights of Woman,” in 1792. 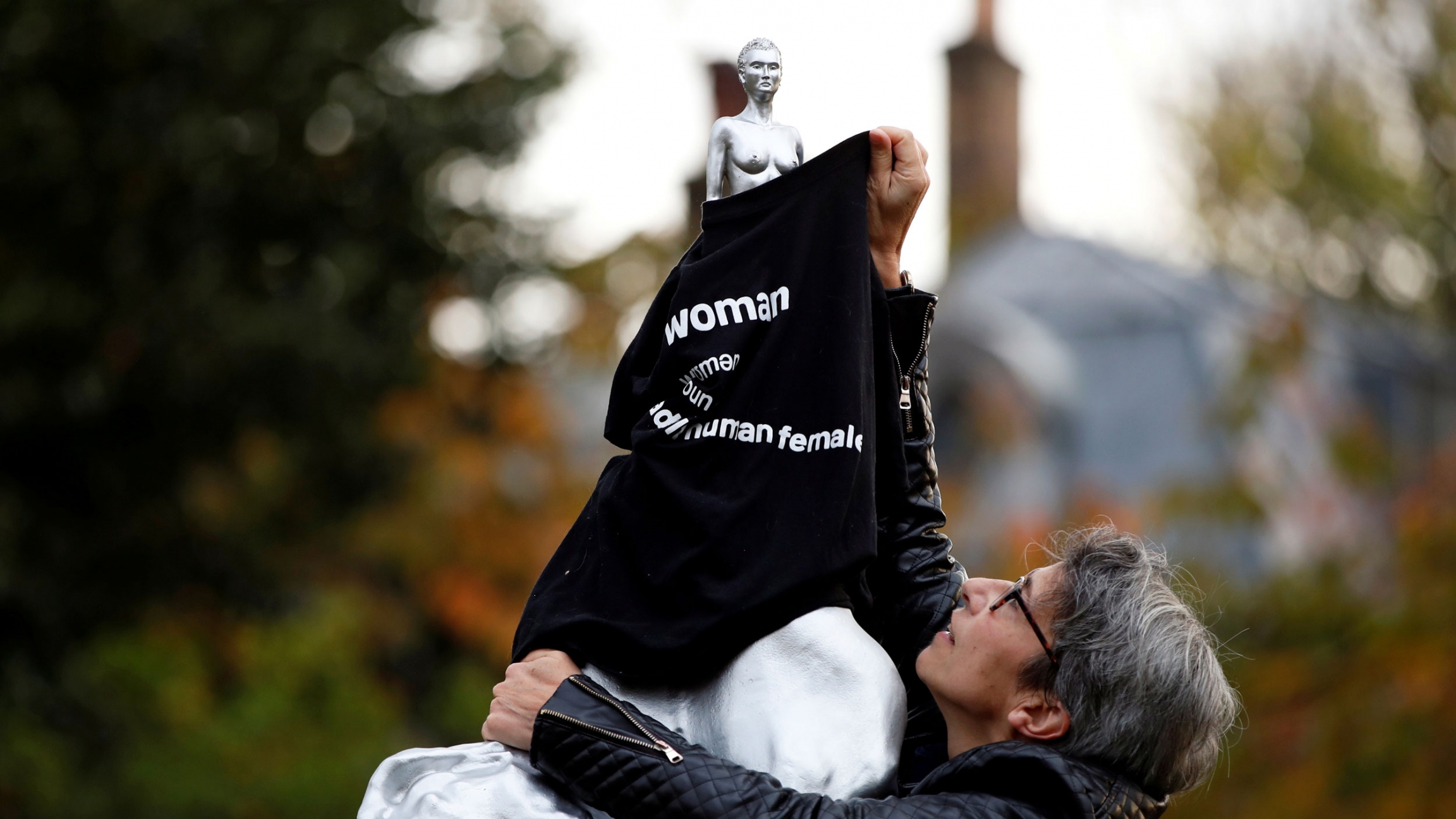 A protester covers with a t-shirt the Mary Wollstonecraft statue 'Mother of feminism' by artist Maggi Hambling in Newington Green, London, Britain, Nov. 11, 2020.

Some consider her the mother of feminism. Many in the US may know Wollstonecraft as the mother of Mary Shelley, author of “Frankenstein.”

“I honestly feel that actually, this representation is insulting to her,” feminist author and activist Caroline Criado-Perez told The Guardian of the statue. “I can’t see her feeling happy to be represented by this naked, perfectly formed wet dream of a woman.” 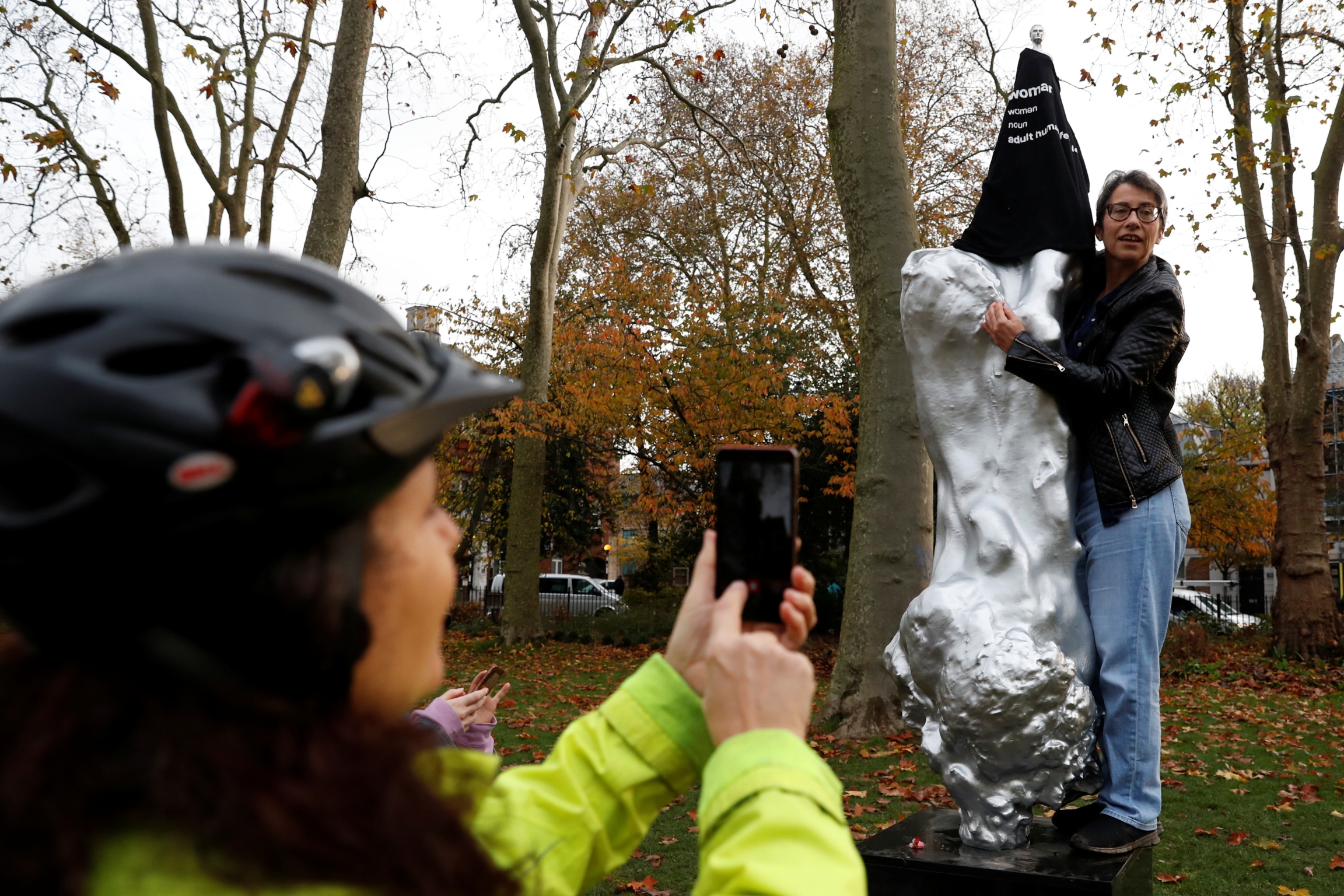 A protester covers with a T-shirt the Mary Wollstonecraft statue by artist Maggi Hambling, in Newington Green, London, Britain, Nov. 11, 2020.

But Rowlatt says a lot of the criticism comes from a place of misunderstanding.

“That’s the mistake that pretty much everyone has made,” she said. “This is not a statue of Mary Wollstonecraft. It’s a sculpture of an idea.”

“That’s where the confusion has set in,” Rowlatt said. (Editor's note: Rowlatt was once a producer for The World.)

“Putting individuals on pedestals is, you know, a bit passé in many ways,” she said. “You don’t have to look far to see that around the world, thanks to Black Lives Matter, the whole topic of statues and who gets memorialized is becoming incredibly, intensely scrutinized and quite rightly, too. So, I see this as part of that debate of who we memorialize and also how we do it.” 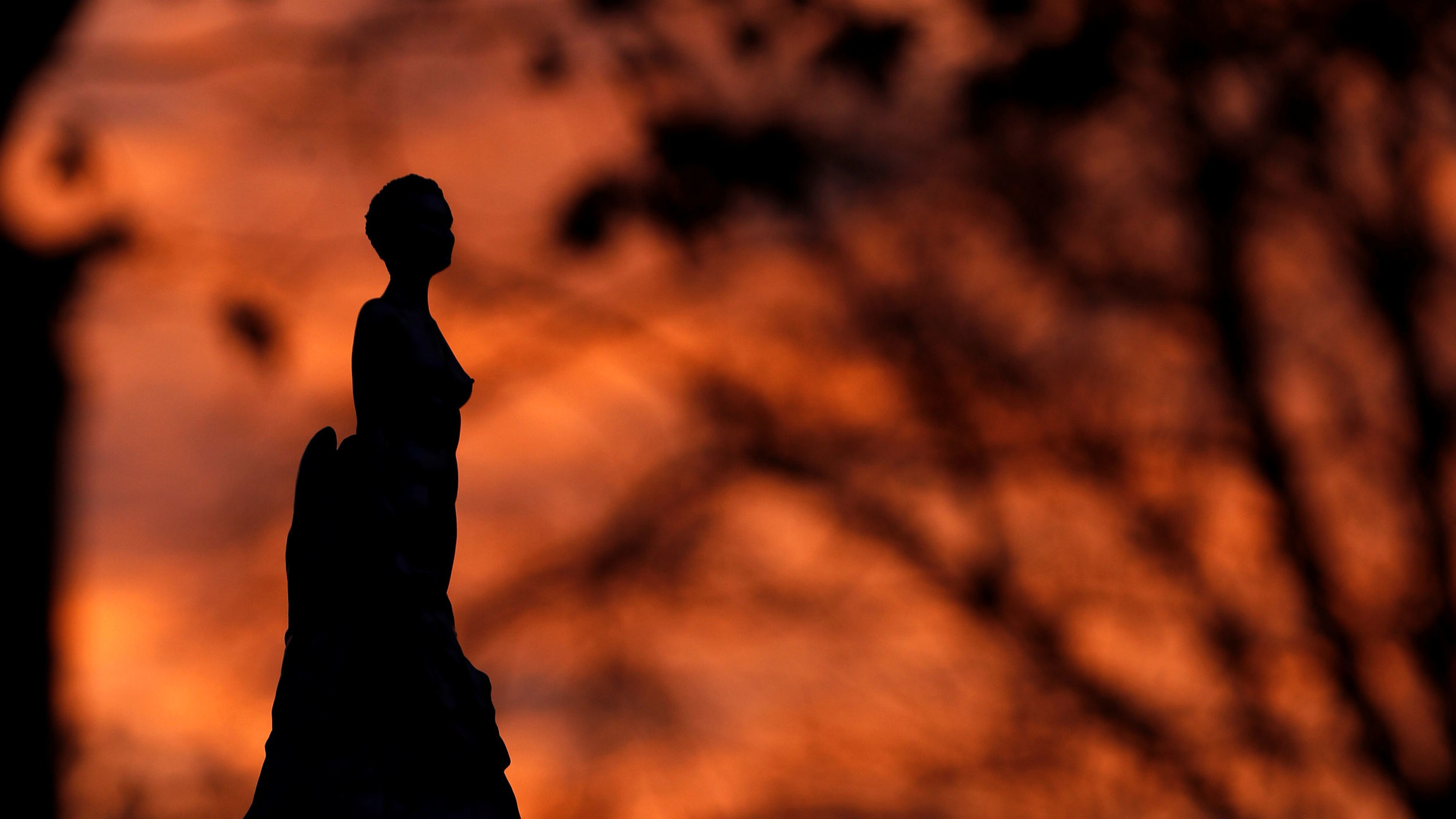