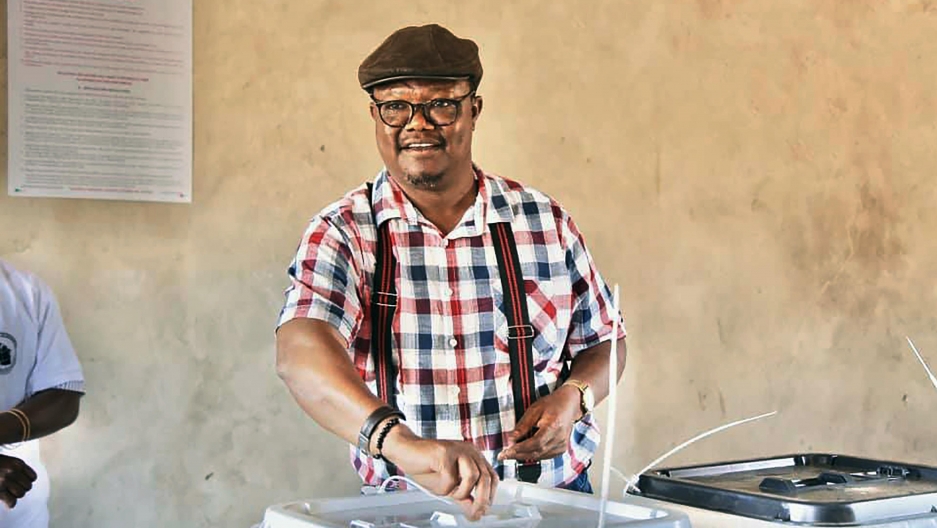 Tanzanian presidential candidate Tundu Lissu has been released from jail after police briefly arrested and interrogated him, he told The World on Monday.

The circumstances around Lissu’s arrest remain unclear. But he is the latest member of the Chadema opposition party to be arrested in the days following Tanzania’s contested presidential election last Wednesday.

His colleagues are reportedly being held on terrorism-related charges, accused by officials of plotting violence. Lissu was also questioned over plans to overthrow the government. Both are offenses without bail.

“They wanted to know my role in the planned coup d'état,” Lissu said, unable to contain a small chuckle. “I told them I was only planning to demonstrate against that fraudulent election. That’s all.”

Calling for mass protests and peaceful demonstrations is not and has never been a crime under Tanzanian law. It’s all part of freedom of speech and association. My arrest and questioning by the police earlier in the evening was a wholly unacceptable interference with my rights!!!

In reality, Tanzania’s opposition parties, including Chadema, have been calling on Tanzanians to demonstrate against the results of last week’s general election, which were released by the country’s electoral commission Friday. They want a fresh election and a new independent electoral commission.

The results claimed a landslide victory for President John Magufuli and his CCM party. But the opposition party and external analysts have made accusations of voter fraud and rigging.

In recent days, the United States and other countries have also raised concerns over “credible” reports of election “irregularities,” which include allegations that the ruling party stuffed premarked ballots at polling stations while blocking opposition members from monitoring them.

We are deeply concerned by reports of election irregularities, politically motivated arrests, and violence during Tanzania’s elections last week. We urge authorities to fully address concerns of irregularities and will review allegations of the use of force against civilians.

“We’re talking of about three-quarters of our polling agents being prevented from representing the party at polling stations across the country,” Lissu added. “About 15% entered polling stations but were eventually ejected.”

“Ultimately, as an example of a healthy democracy at work, we concluded that Tanzania doesn’t really meet most meaningful standards of democratic and credible elections in 2020,” said Grant Masterson, senior program manager at the Electoral Institute for Sustainable Democracy in Africa (EISA) who is working with a team of election observers in Tanzania.

On Friday, EISA released a preliminary report on the election, noting that the political environment in this election was “less open and less tolerant” than previous ones.

“In addition to observers witnessing potentially fraudulent actions by the officials, we were concerned about a clear bias that was witnessed in favor of the ruling party,” Masterson said.

He noted that problems were not recorded at every polling station and that potentially fraudulent behavior is difficult to verify.

Still, it’s a damning assessment for a country that has been admired for its free and fair elections — at least in recent history. But it’s hardly surprising for Tanzanian human rights groups and journalists who have been documenting the slide toward authoritarianism under Magufuli’s administration.

In recent years, politicians, journalists and human rights activists have disappeared or been arrested on what they say are trumped-up charges designed to prevent them from receiving bail.

This steady erosion of democracy is what brought Lissu, a seasoned lawyer who survived an assassination attempt in 2017, back to his country this year, despite the increasingly perilous environment for critics of Magufuli. He had previously been recovering in Belgium.

“I am concerned for my life,” Lissu said.

However, he added, “I believe that democracy will not come by itself, it will have to be fought for. And people have to be prepared to pay the price that comes with struggling for democracy, and human rights and rule of law.”

That means continuing to urge Tanzanians to the streets even as police endeavor to restrict them.

While other countries in the region, most recently Malawi, have conducted reruns of contested presidential elections, Tanzania’s constitution limits such challenges.

“That is why we are calling on people to not accept this result,” Lissu said. “The only option we have is peaceful mass action.”