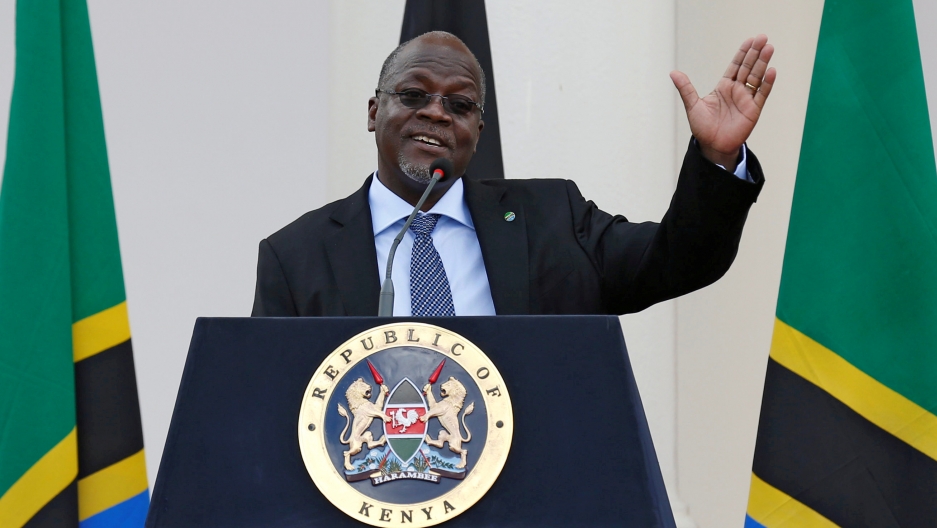 Every holiday season, the Magoti family comes together from all corners of Tanzania and travels up-country to their ancestral home in Bunda, Tanzania.

This year, they spent Christmas Eve and Christmas at church. Usually, they do a big family dinner and a Magoti family meeting the day after Christmas. But this year, they didn't do any of that. They were too out of spirits.

Tito Magoti, who works as a human rights advocate, was missing from the family festivities. Tito Magoti, 26, a program associate with the Legal and Human Rights Center (LHRC) in Dar es Salaam, has spent the holiday season hundreds of miles away in Segerea Remand Prison.

Tito Magoti’s arrest and detention signals a growing crackdown on free expression in Tanzania, according to Oryem Nyeko, a researcher at Human Rights Watch.

“We’ve been doing research in Tanzania for the past year and a half or so and observed a very dramatic slide in terms of the basic respect for human rights and issues like freedom of expression, freedom of the media, and civil society in the past five or so years since President [John] Magufuli was in power."

“We’ve been doing research in Tanzania for the past year and a half or so and observed a very dramatic slide in terms of the basic respect for human rights and issues like freedom of expression, freedom of the media, and civil society in the past five or so years since President [John] Magufuli was in power,” said Nyeko, who recently authored a report on the threats to independent media and civil society in the country.

On Friday, Dec. 20, the morning before Tito Magoti was planning to trek home, he was out shopping for a new phone in Dar es Salaam when five men grabbed him, pulled him into a car and sped off.

“I was in my office, and I got a call from my other brother that my brother was missing,” said Edwin Magoti, Tito Magoti’s older brother. Edwin Magoti works as an assistant lecturer. 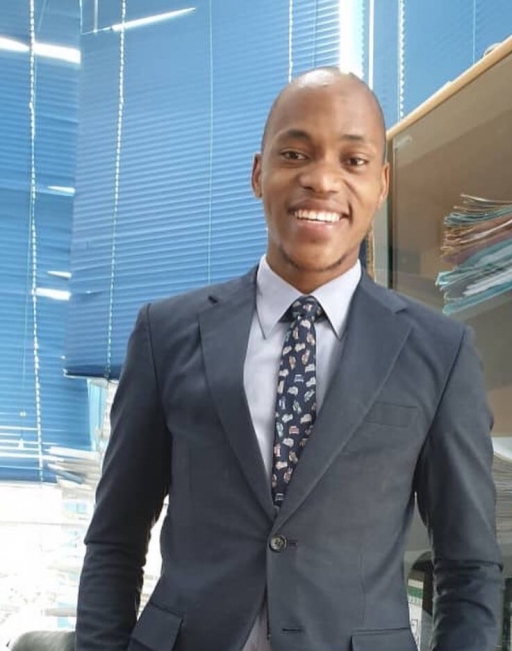 Tito Magoti works as a program officer with the Legal and Human Rights Center in Dar es Salaam, Tanzania.

Courtesy of the Legal and Human Rights Center

Hours later, the police released a message: “Tito Magoti has not been abducted,” Dar es Salaam’s police Cmdr. Lazaro Mambosasa told reporters. “He has been arrested along with three other people.”

The announcement left Tito Magoti's family and colleagues even more confused. Tito Magoti is an activist, not a criminal, they maintained. He educates Tanzanians about their rights, has a large social media following and is the type of person who gets upset when he sees other people not doing their jobs, according to his family.

If Tito Magoti wasn’t abducted, where was he? If the police had arrested him, what were the charges?

What should have been a cheerful holiday weekend turned into a desperate search for Tito Magoti. For more than 90 hours, no one knew his whereabouts. The Twitter hashtag had gone from #BringBackTito to #FreeTito.

“My team, we moved to various police stations to just look, or to check where Tito was arrested,” Henga said. “But it was all in vain.”

On Monday, LHRC and other human rights organizations sued Cmdr. Mambosasa and the attorney general in Tanzania’s High Court. They demanded the police either release Tito Magoti or charge him, in line with Tanzania’s constitution.

The police followed through the next day, charging Tito Magoti and Theodory Giyan, an IT expert, with three counts of money laundering and organized crime. It was Christmas Eve.

Related: Has the world failed to find justice for Jamal Khashoggi?

The family was devastated. Everyone knew what it meant to be charged with economic crimes in Tanzania. It means no bail, a drawn-out trial, and, in Tito Magoti case, no Christmas or New Year's celebrations.

“They are charged with very difficult offenses, like criminal, economic and organized crimes. In Tanzania, those crimes are not bailable. So, they tell them you have done money laundering or you are a terrorist, just to tell you there is no bail."

“They are charged with very difficult offenses, like criminal, economic and organized crimes. In Tanzania, those crimes are not bailable. So, they tell them you have done money laundering or you are a terrorist, just to tell you there is no bail,” Henga said.

She, like many human rights defenders in Tanzania, views economic charges as a tool for the government to silence critics. 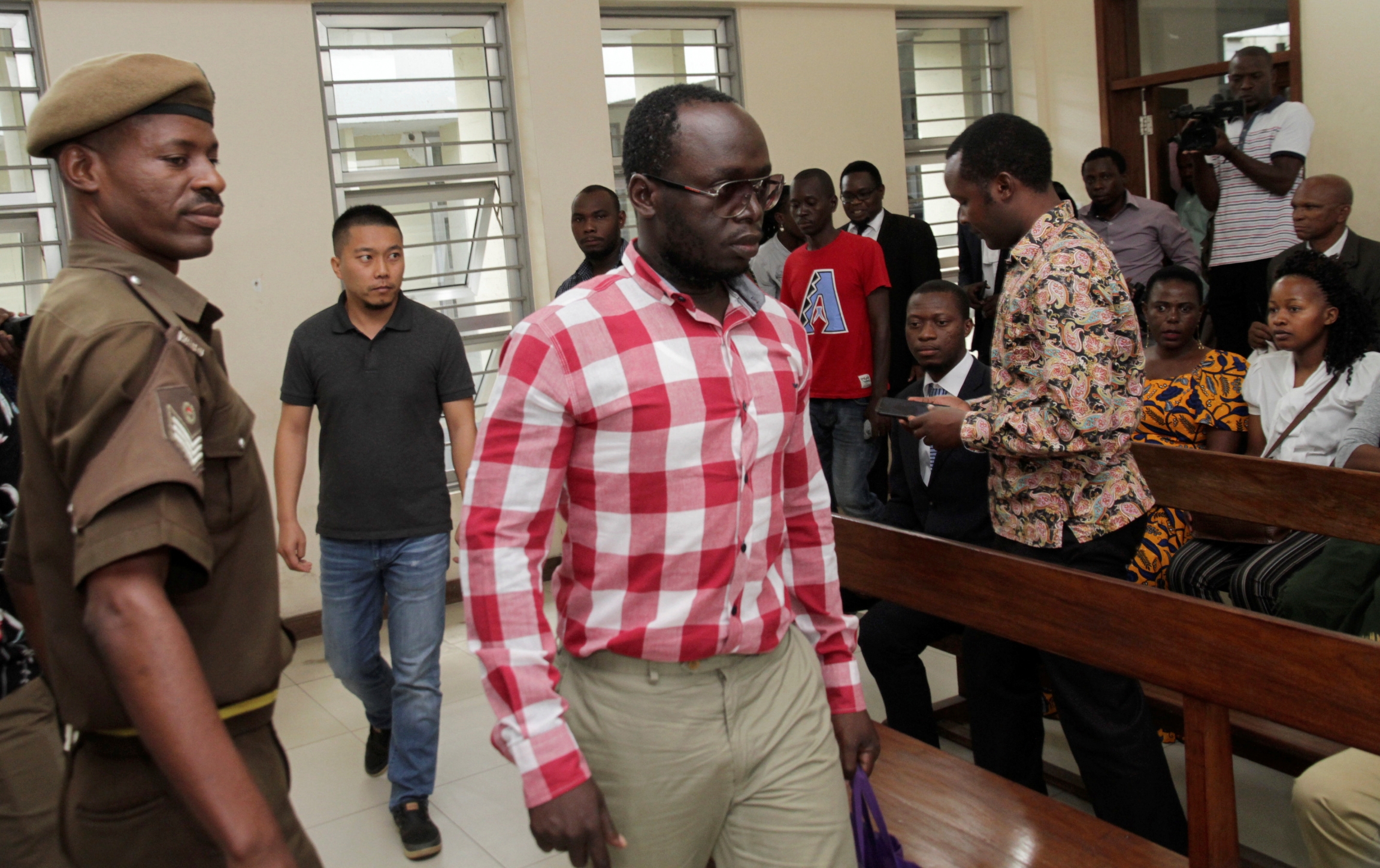 In July, investigative journalist Erick Kabendera was taken from his home by six men, who were only later identified as plainclothes police officers. Like Tito Magoti, Kabendera was charged with money laundering and tax evasion.

At the time, the United States and United Kingdom embassies in Tanzania expressed concern over the “steady erosion of due process” in the country.

Yet, six months later, Kabendera remains in prison after a series of delayed court hearings. Kabendera, like Tito Magoti, is spending the holidays behind bars.

Since his election in 2015, President John Magufuli has introduced a spade of new laws and policies that have restricted and regulated freedom of speech in the country. The police have also targeted those who are openly critical of the government, from Magufuli’s political opponents to civil society groups like LHRC.

The crackdown on civil liberties under Magufuli has put Tanzania at odds with its partners and allies.

In November 2018, the World Bank withdrew $300 million in loans to Tanzania over the government’s policy on expelling pregnant girls from school.

That same month, Denmark withheld nearly $10 million in aid over disagreements over anti-gay rhetoric and other human rights disagreements.

While both have since resumed sending loans and aid to Tanzania, the future of civil liberties in the country remains in question, especially as it heads toward a general election in early 2020.

Nyeko noted, however, that the chill in human rights is not limited to Tanzania. “I think globally there’s [a] continued restriction of civil spaces around the world. It’s reflected in Tanzania and Uganda. Governments, in very similar ways, are passing laws that justify the restricted space.”

Tito Magoti’s brother, Edwin Magoti, finds the restrictions on civil liberties in Tanzania surprising. He never thought that his brother’s advocacy could put him in danger — and certainly not arrested.

Tito Magoti’s hearing has been set for Jan. 7, but some worry he might face the same legal limbo as Kabendera. For his family, this could mean an endless cycle of waiting — and more missed holidays.

“It won’t be the same because Tito will be missing … There’s no way it can be the same,” Edwin Magoti said.