Facing a future of compounding climate change disasters — sea-level rise, tropical deforestation, catastrophic wildfires and superstorms — many young people are organizing for action on climate change. Yet, it can be hard to deal with the feelings of powerlessness and despair that can accompany the hard work of social movements. 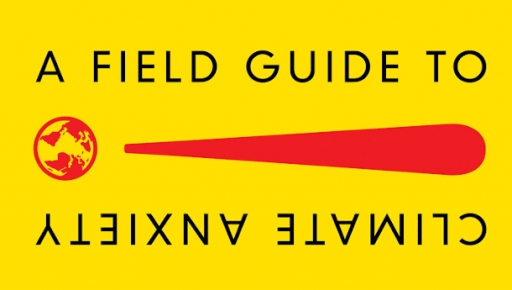 "A Field Guide to Climate Anxiety" helps provide readers with an "existential toolkit" for confronting the climate crisis.

For some cheer, they might want to read a new book called “A Field Guide to Climate Anxiety: How To Keep Your Cool on a Warming Planet.” Its author, Sarah Jaquette Ray, is a professor of environmental studies at Humboldt State University in California.

“What inspired me to write this book was that I'm sort of hyper-empathetic for my students,” Ray says. “It's one of the reasons why I love to teach. And as a college professor and [someone] leading environmental science programs for the past 10 years, I had noticed that, over the last four or five years or so, students were increasingly getting more and more existentially wrought over these issues.”

Related: Young climate activists want a seat at the table 'before it's too late'

Ray says she saw certain “realities sinking in” when she taught, regarding environmental justice, the extent to which humans have affected the climate, and “challenges to the things that they had learned growing up.”

"All of a sudden, the dots are getting connected to climate change and they're no longer thinking of it as something that's going to happen 100 years from now or 200 years from now, but really in their lifetimes.”

Ray says despair and anxiety were starting to overwhelm her, too, and she realized “the tools I was going to need for myself and for students were really going to be something other than what I had been trained in during my PhD.”

The first tool is about re-framing the problem and its possible solutions, Ray suggests. Environmentalism, she says, often emphasizes “scarcity and deprivation and guilt.” She argues that “environmentalism needs to reframed as a movement of abundance and pleasure and desire, and… [imagining] what the world could possibly be like if we wanted to manifest it and make it.”

“We know how dopamine works in the human brain. People will keep coming back when there's pleasure associated with things,” Ray explains. “Environmentalism ought to use pleasure really strategically around how it is that we manifest the world that we want. So, instead of operating from a place of, ‘Look at this awful world that's unfolding ahead of us,’ we ought to be thinking about a world that's unfolding and turning into something much better.”

This attitude segues into Ray’s second main idea. She realized the best outcome for her students would be to build a community around one another and “to see each other as a lab for the world that they're trying to build outside of college. … It changed everything about the way I teach.”

A third key point is resisting burnout, Ray says. To help with this, she has her students read a book by Adrienne Maree Brown called “Emergent Strategy.”

“Brown talks a lot about having a practice of ‘misery resistance,’” Ray explains. “Instead of waiting around for enough people to care about [a problem], build a community that you have right around you and make the connection be what's valuable, what's going to make the change happen."

This mental re-orientation helps her students see “that humanity and people and human connections are going to be the way to get where we need to go with the environment, rather than seeing humanity and human relationships as an impediment to that,” Ray adds.