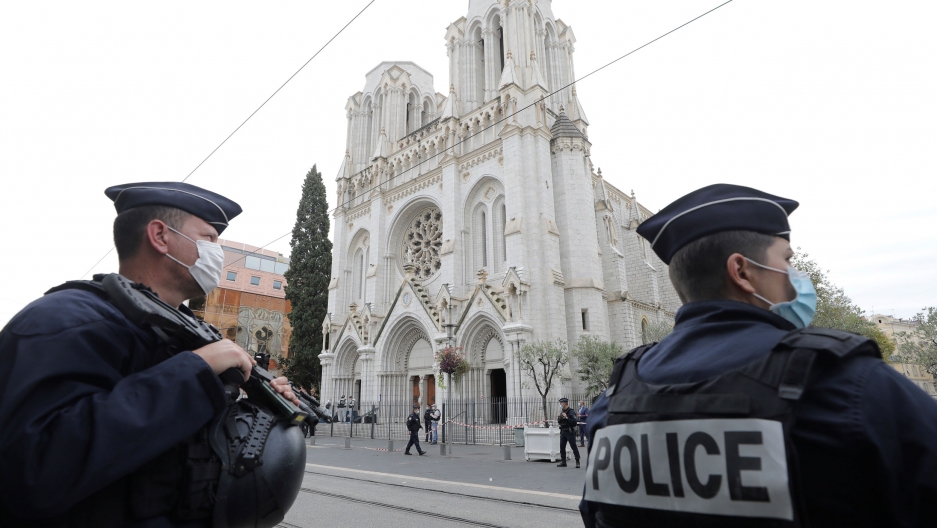 Police officers stand guard near Notre Dame church in Nice, southern France, after an attacker armed with a knife killed at least three people at the church, Oct. 29, 2020.

Three people were killed in a knife attack in the southern French coastal city of Nice, and the mayor, Christian Estrosi, described the Notre-Dame basilica incident as a “terrorist” event. A suspect was shot by law enforcement and then detained.

With French President Emmanuel Macron on his way to the crime scene, France’s federal anti-terror prosecutors have begun a murder inquiry. Estrosi compared Thursday’s attack to the beheading several weeks ago of teacher Samuel Paty near his school outside Paris. He also said the attacker had “repeated endlessly ‘Allahu Akbar.’”

Protests against France have lasted days in Muslim-majority countries across the Middle East and Asia after Macron’s full-throated defense of cartoons depicting the Prophet Muhammad that many Muslims find offensive. A few nations have joined a boycott against French products. Turkey, which has led the charge against France, condemned the “savage” knifing.

Two other related attacks also occurred on Thursday morning, as a man was killed by police outside Avignon after brandishing a handgun, and a guard at the French Consulate in Jeddah, Saudi Arabia, was attacked before the suspect was arrested and the victim taken to the hospital.

France and Germany have both announced national lockdowns again, declaring that the coronavirus is out of control. Infections and hospitalizations have been rising quickly, with the long-feared second wave of COVID-19 brought about by the onset of cold weather — forcing people indoors for longer hours and the contact tracing becoming unmanageable. German authorities say they are unable to figure out the source for three-quarters of new cases. “If the tempo of infections stays the same, we will reach the capacity of our health care system within weeks,” said German Chancellor Angela Merkel.

And, China’s Defense Ministry has said that Chinese and US military chiefs held video meetings this week about crisis communication, with tensions mounting during the last few months in the South China Sea. Meanwhile, US Defense Secretary Mark Esper is touring Asia with Secretary of State Mike Pompeo, urging countries to cooperate against what he characterizes as the security threats posed by China. Beijing has lambasted this Cold War mentality and rejected attempts to portray the situation as a zero-sum confrontation. 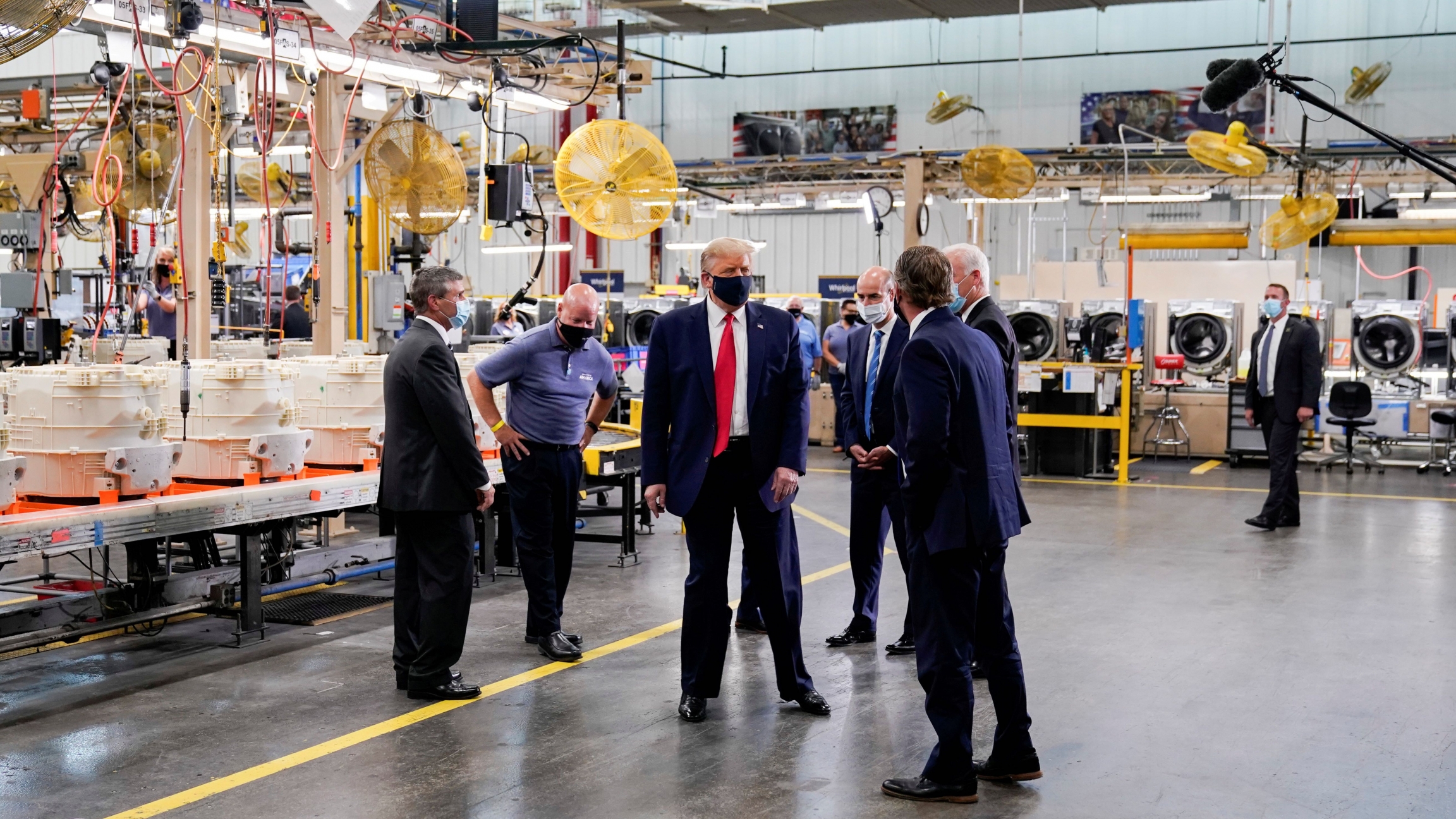 US President Donald Trump wears a protective face mask due to the coronavirus disease (COVID-19) pandemic as he tours the assembly line at a Whirlpool Corporation washing machine factory in Clyde, Ohio, Aug. 6, 2020.

For much of the current presidential election cycle, US voters consistently said that they trusted Donald Trump to do a better job handling the economy than his Democratic challenger, Joe Biden.

However, the tables have turned, and Biden has attracted many swing voters in battleground states who worry about the impact of the coronavirus-induced recession on their pocketbooks. 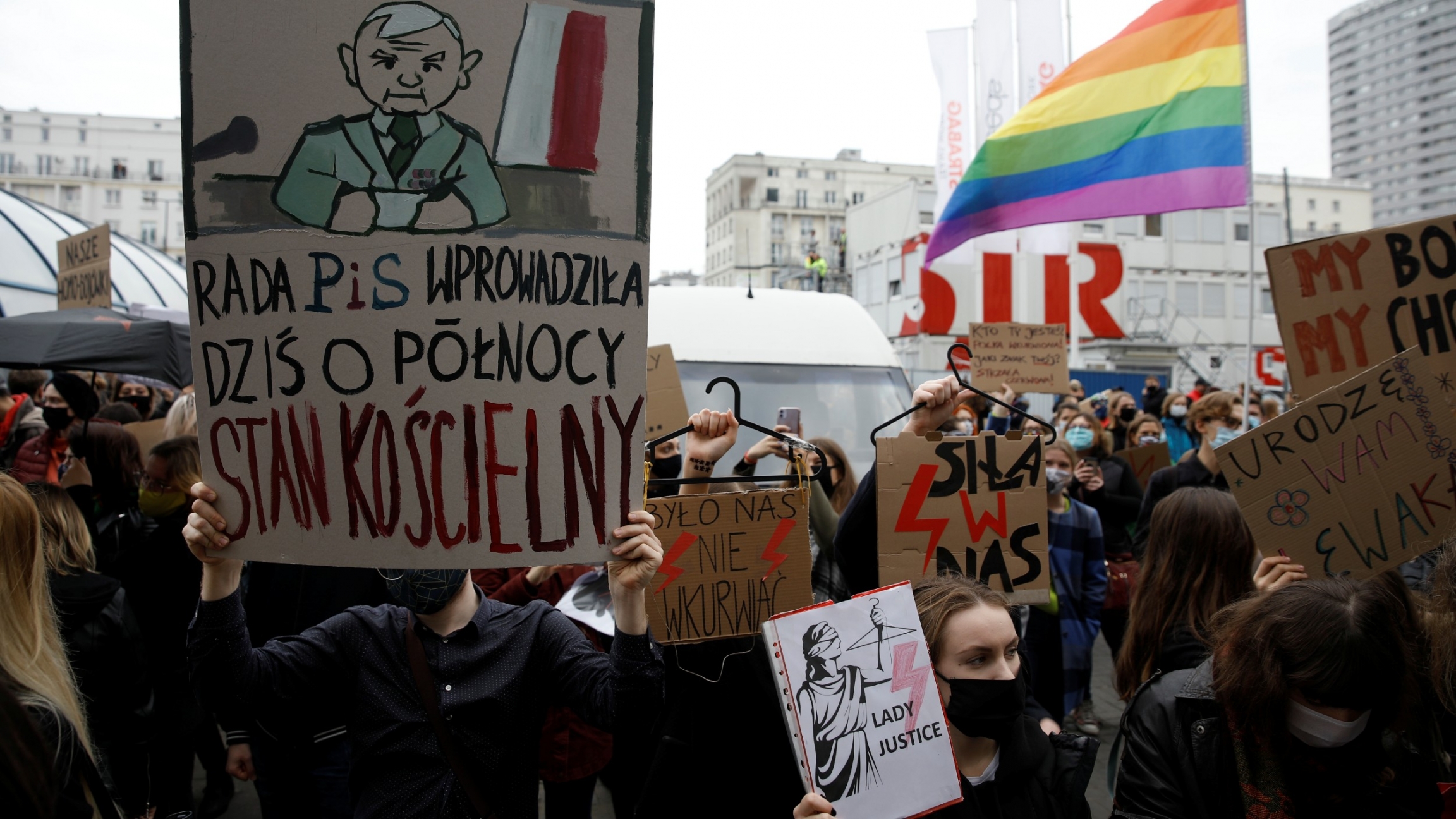 People take part in a protest against the ruling by Poland's Constitutional Tribunal that imposed a near-total ban on abortion in Warsaw, Poland, Oct. 28, 2020. The banner reads: "The Law And Justice Council introduced the church law at midnight today."

For several days, thousands have taken to the streets of cities across Poland, marching in protest against last Thursday’s court ruling on abortion. The judgment by a constitutional tribunal makes abortion illegal in the Eastern European country in all but the most exceptional of circumstances.

Church services have become a target for protesters. Justyna Wydrzyńska says it is unprecedented to see young teenagers targeting the church in this way.

“They are very young women who are protesting, who are screaming at the priests, in small towns,” she said of Polish youth activism. “Like really just teenagers. It is something which hasn't been seen before. This is something new.” 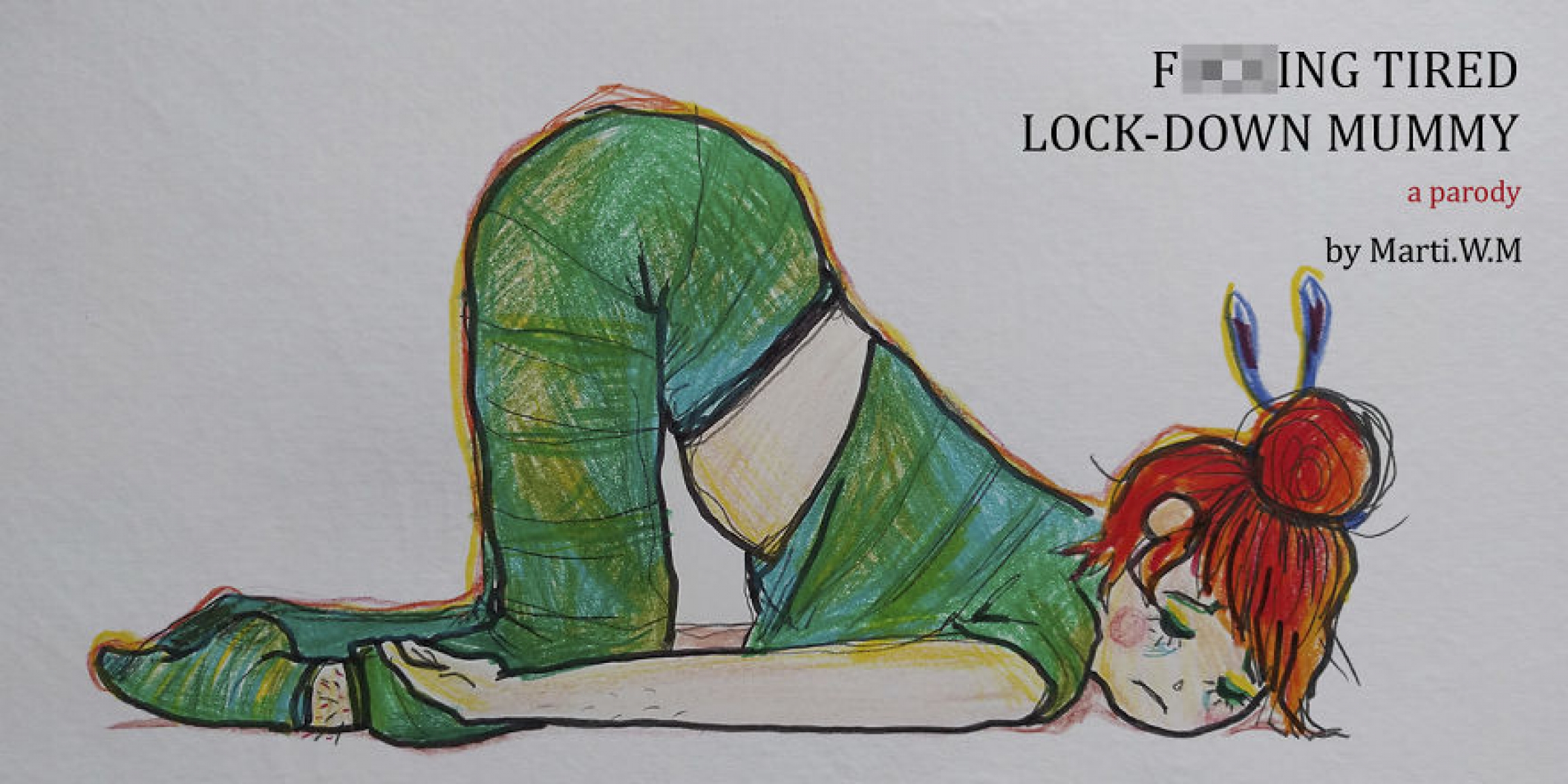 "The Very Hungry Caterpillar" by Eric Carle, has been delighting children around the world for years. Now, Polish writer and illustrator Martyna Wiśniewska Michalak has given the classic a hilarious makeover for the COVID-19 era. (🎧) 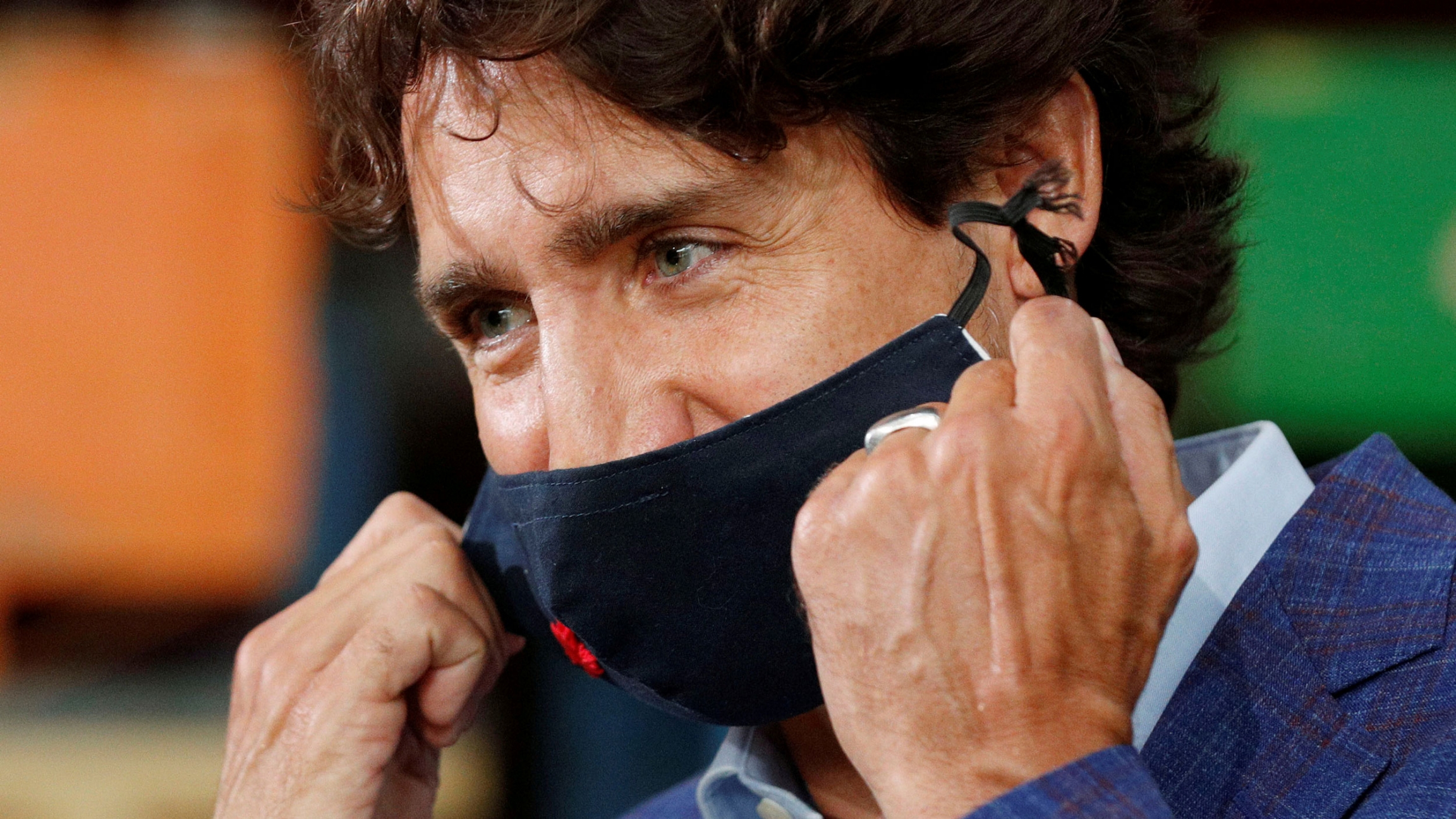 Canada is seeing rising numbers of COVID-19 cases, which some public health experts believe can be traced back to family celebrations of Canadian Thanksgiving on Oct. 12. And, despite mounting public pressure, British Prime Minister Boris Johnson has refused to offer free school meals for children in England during the Christmas holiday break. Also, Polish writer and illustrator Martyna Wiśniewska Michalak has given the classic book, “The Very Hungry Caterpillar," a hilarious makeover for the COVID-19 era.