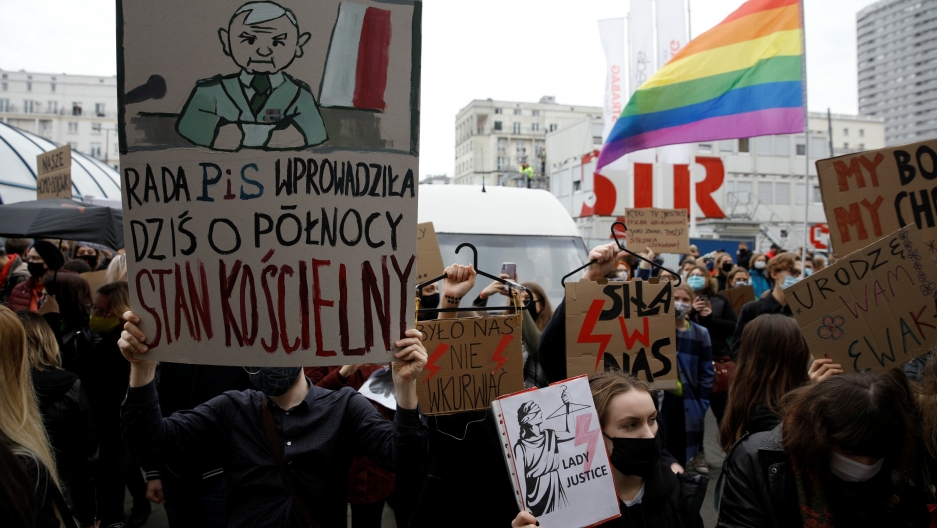 People take part in a protest against the ruling by Poland's Constitutional Tribunal that imposed a near-total ban on abortion in Warsaw, Poland, Oct. 28, 2020. The banner reads: "The Law And Justice Council introduced the church law at midnight today."

For seven days straight, thousands have taken to the streets of cities across Poland, marching in protest against last Thursday’s court ruling on abortion.

The judgement by a constitutional tribunal makes abortion illegal in the Eastern European country in all but the most exceptional of circumstances.

Protesters hoist banners that read “You have blood on your hands” and “This is war.” Opposition members of parliament held up placards in the chamber in parliament Tuesday that read “Shame” and “Legalize abortion.”

Related: Protesters take to the streets of Poland over abortion court ruling

On Wednesday, women across the country said they plan to go on strike to show their fury at the ruling. Antonina Lewandowska, network co-ordinator with Astra, a regional network for sexual and reproductive health and rights, says it’s not just young women who are angry. 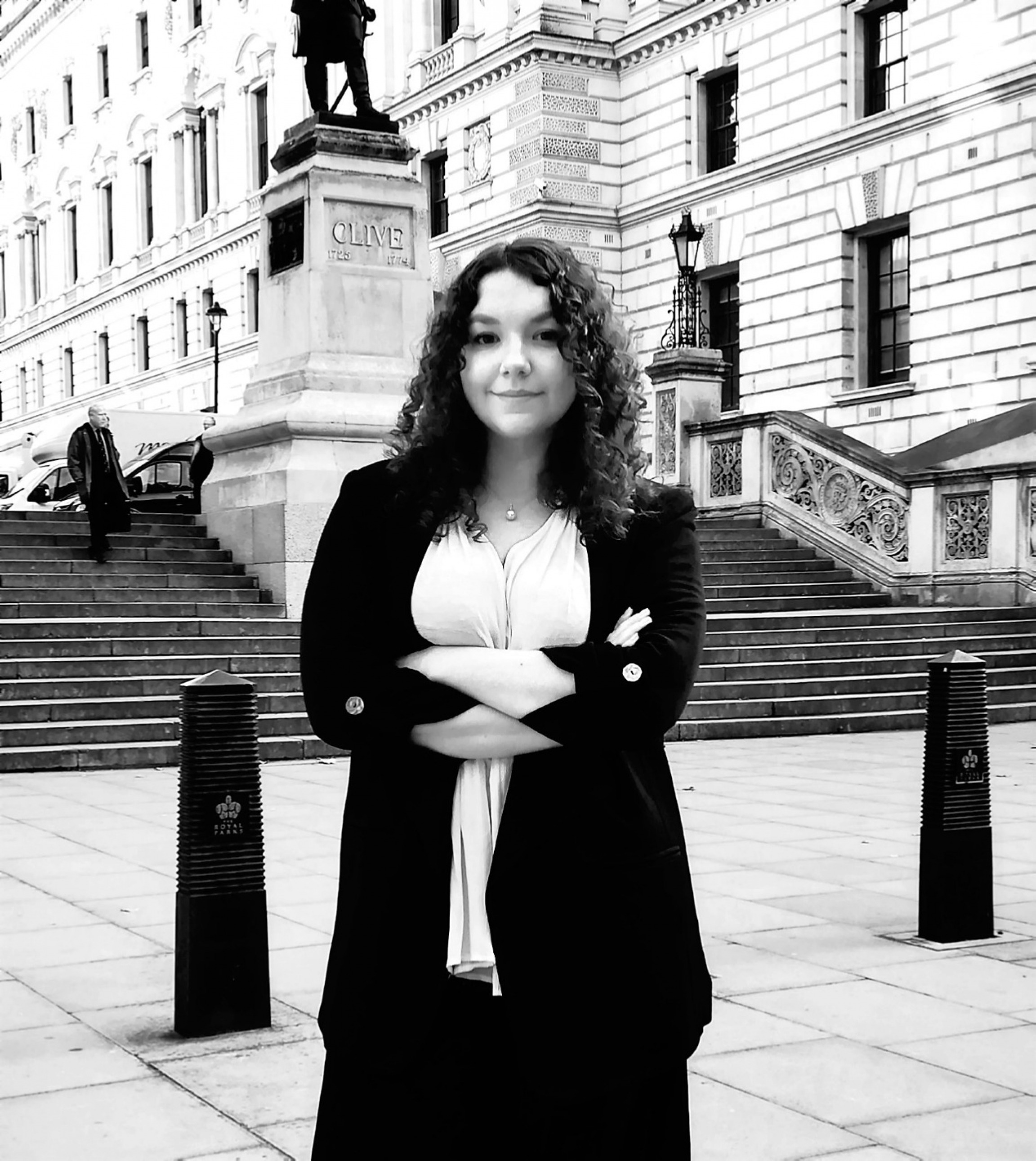 “Taxi drivers have joined the protests,” she said. “Farmers joined them in some smaller towns. Tram drivers and bus drivers in bigger cities decided to stop trams and buses to join the protest.”

Even some police officers have taken off their helmets and joined the demonstrators, Lewandowska says. But there have been clashes between police and activists on the streets of Warsaw too. The government has asked the military police to join regular police forces on the streets in a sign that further violence is expected.

‘Afraid about my community’

Only 1,100 legal abortions are officially reported to have been carried out in Poland last year. But women’s rights groups estimate over 200,000 women accessed abortion illegally or travelled abroad for the procedure. The exact figure is unknown because many women don’t let anyone know they are terminating a pregnancy.

Justyna Wydrzyńska knows all about the stigma around abortion. She had a termination in 2006. That same year, Wydrzyńska founded the website Kobiety w Sieci, which translates to “women on the web.” That online forum supports women seeking abortion and contraception information, but she kept her own story to herself for 12 years. 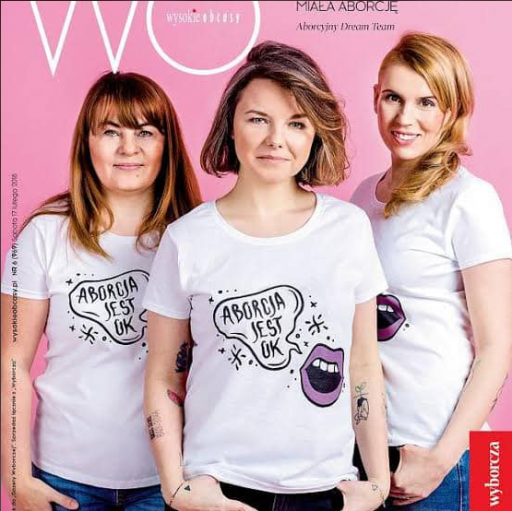 "Abortion is okay," reads the slogan on t-shirts worn by members of the Abortion Dream Team.

“Up to 2018, I was talking about this as an anonymous person. I was not showing my face,” Wydrzyńska says. “I was afraid about my community and what they would say.”

Today, Wydrzyńska is a member of the “Abortion Dream Team” and says she no longer cares what people think. The group is comprised of activists who travel around Poland telling women how to access abortion pills and supporting them if they need to travel abroad.

But going public has also had its drawbacks. Two years ago, Wydrzyńska appeared on the front cover of well-known Polish women’s magazine Wysokich Obcasów — or “High Heels” —  along with two of her colleagues.

The three women wore matching t-shirts with the words Aborcja Jest OK: “Abortion is okay." Wydrzyńska was working as an engineer with a large corporation at the time. When the magazine came out, one of her co-workers sent an anonymous message to their boss, highlighting her campaign work.

Wydrzyńska says what was said about her was a lie but her boss — who was anti-abortion — wasn’t happy. Wydrzyńska decided to leave the company that year and work full-time as an activist.

Poland already has some of the strictest anti-abortion laws in Europe. The new ruling from last week means abortion will only be permitted in cases of rape, incest, and if the health or life of the mother is at risk.

Human Rights Watch says it’s a further degradation of women’s rights in Poland. Hillary Margolis, a senior researcher with the group, says these fundamental rights have been under attack since the current government came to power in 2015.

“Under the Law and Justice Party, we've seen repeated attempts to completely ban abortion, also to obstruct sexuality education in schools and to really smear and undermine women's rights groups and activists, including those who work on violence against women,” she said.

Margolis sees the latest ruling as another attempt by the conservative government to push women back into traditional gender roles. And it’s not only women’s rights that are under attack, she says. The government has taken an increasingly hostile stance toward LGBT rights too.

“The way they've used the concept of the so-called traditional family to undermine women's rights, but also LGBT rights, is very worrying,” she added.

Margolis says ruling politicians have repeatedly used inflammatory rhetoric in debates about women and LGBT rights, stirring hostility and fear. The language appeals to their conservative voter base.

Over 90% of Poles identify as Roman Catholic, with one in two saying they attend mass regularly. The government maintains a close relationship with the Church, and presents itself as the party that espouses “traditional Catholic values.”

While surveys indicate that the majority of Poles are not in favor of abortion being legalized in Poland, a poll this week conducted for Gazeta Wyborcza found 59% of those surveyed disagreed with the change. Church services have become a target for protesters. 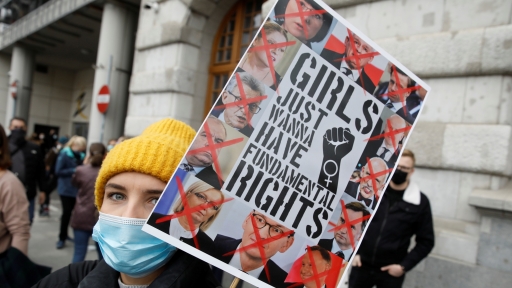 A woman takes part in the protest against the high court ruling, in Warsaw, Poland.

Masses in cities like Poznan were interrupted over the weekend by groups of activists chanting  “we are sick of this” and “we’ve had enough.” Slogans such as "women's hell" and "unlimited abortions" were painted on the outside of churches in Warsaw. Abortion rights activist Justyna Wydrzyńska says it is unprecedented to see young teenagers targeting the church in this way.

“They are very young women who are protesting, who are screaming at the priests, in small towns,” she said of Polish youth activism. “Like really just teenagers. It is something which hasn't been seen before. This is something new.”

“They are very young women who are protesting, who are screaming at the priests, in small towns."

A large-scale protest is planned for Friday, with workers saying they will take a day off work to march on the streets.

But what the protests can achieve is hard to say. Activists are not expecting a government u-turn but are hopeful that an international body might be able to influence change.

The government has been accused of filling the constitutional tribunal with judges loyal to the ruling Law and Justice Party. Activists say this shows the ruling party cannot be trusted and are considering if the matter can be brought before the European Court of Human Rights.

Deputy Prime Minister Jarosław Kaczyński, the man seen as the real powerbroker in Poland, has said the ruling will not be reversed.

Women’s rights groups and abortion support networks in Poland also worry that they may be targetted by the police or government officials in the coming weeks.

Justyna Wydrzyńska, with the Abortion Dream Team, says if her organisation is shut down in Poland, there is already a plan in place to move abroad and set up offices there.