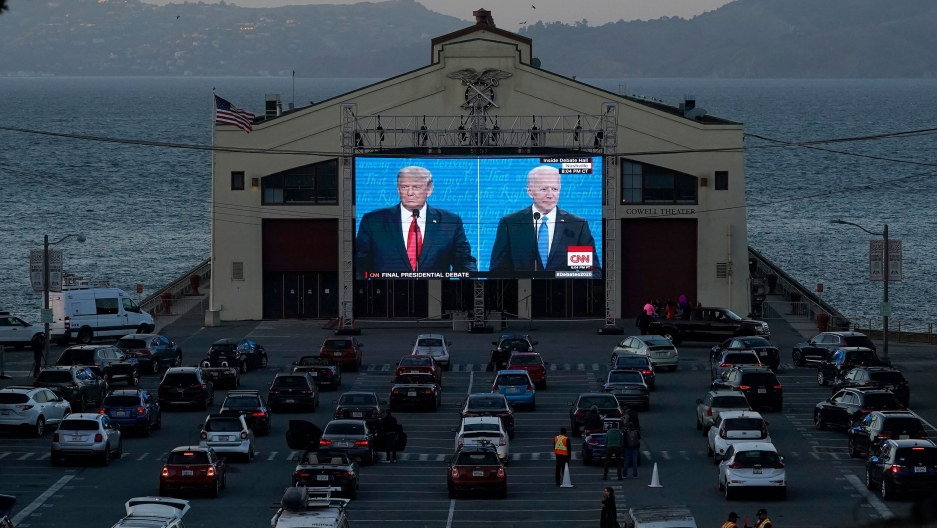 While the tone of the evening was more civil and restrained than was their first matchup two weeks ago in Cleveland in a night filled with constant interruptions, Thursday's political discussion still saw the two men harp on personal themes and ad hominem insults. Two open questions were mentioned repeatedly: Hunter Biden’s alleged misdeeds in Ukraine and Trump’s Chinese bank account.

Biden argued that Beijing has been the beneficiary of Trump’s America First foreign policy and the US withdrawal from multilateral diplomacy, pledging to “get China to play by international laws.” He also rejected Trump’s attacks on the Obama-Biden record in North Korea, which had grown its nuclear arsenal prior to Trump’s term in office. Trump tooted his own horn about the relatively calm state of affairs with Pyongyang.

Foreign policy — officially labeled as "national security" — was designed to take up one-sixth of the debate, with the subject of climate change also allotted 15 minutes by NBC moderator Kristen Welker. Trump deflected Biden’s climate statements by saying, “Look at China, how filthy it is, look at Russia, look at India, it’s filthy. The air is filthy.” The comments were not well-received by New Delhi, where Prime Minister Narendra Modi has cultivated a close relationship with the White House.

US Secretary of State Mike Pompeo is to meet Friday with the foreign ministers of Armenia and Azerbaijan to try bringing a halt to the month-long fighting in Nagorno-Karabakh. Deadly clashes continued in the disputed region of the South Caucasus, however, just hours before the scheduled meeting in Washington, DC. Two Russian-mediated ceasefires already failed to bring peace to the long-disputed territory, which is technically within Azerbaijan’s borders but is largely inhabited and governed by Armenians. With odds of any breakthrough low, Pompeo plans to hold separate meetings with Azeri Foreign Minister Jeyhun Bayramov and Armenian Foreign Minister Zohrab Mnatsakanyan.

And, Nigerian President Muhammadu Buhari has urged demonstrators who have taken to the streets against police brutality to end their protests, as roving gangs with knives and sticks blocked roads near burned-out buildings in the country’s largest city, Lagos. Armed men demanded cash from motorists on the highway leading to the international airport, and around the suburb of Lekki, police stations were torched. Violence has escalated since a curfew was declared on Tuesday, when Nigerian security forces killed around a dozen protesters — a toll that Buhari only mentioned indirectly in his address to the nation.

Is overtourism over? Travelers to Europe stay home due to COVID-19 restrictions 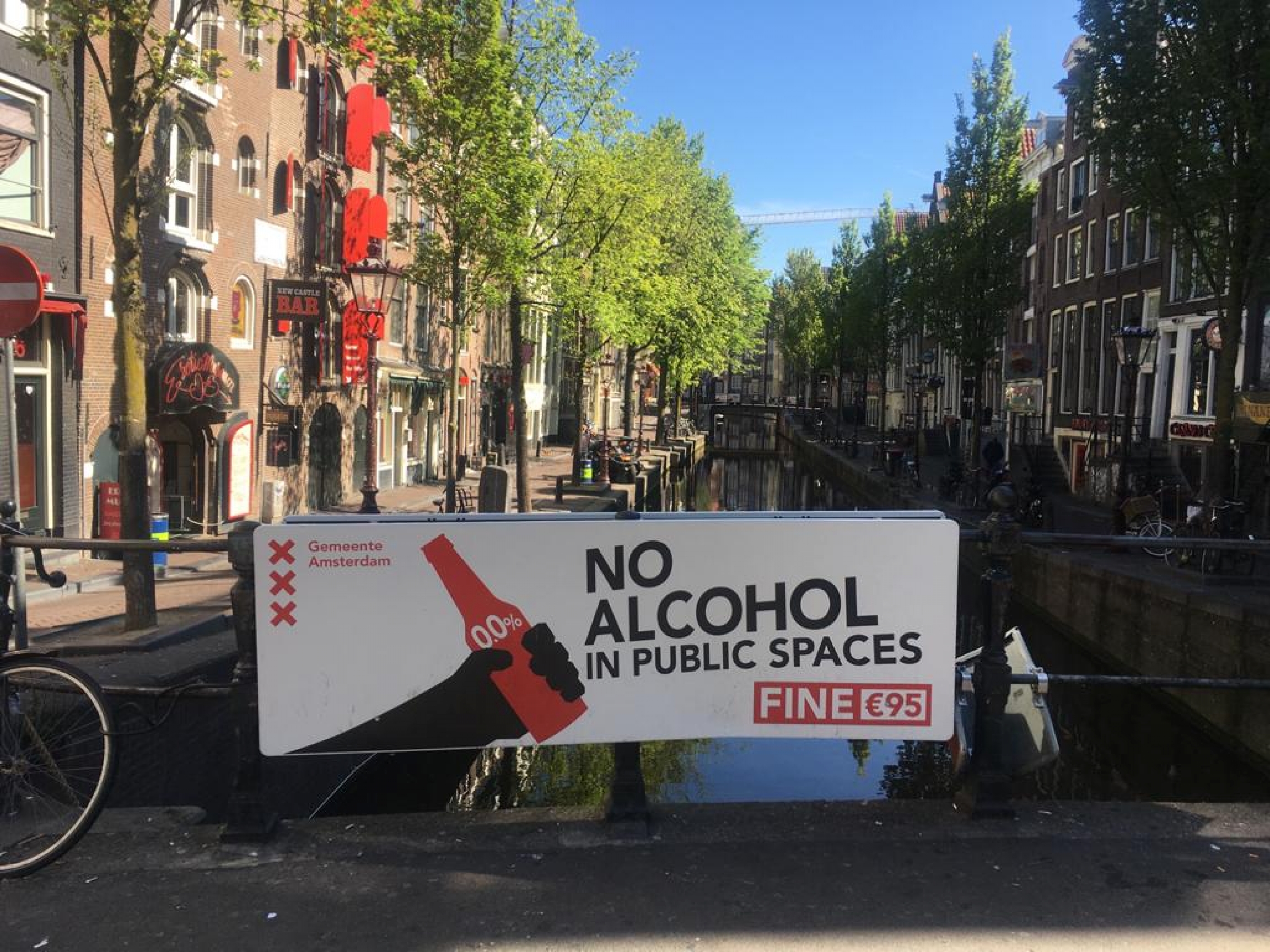 Amsterdam's red-light district remains sparse as many international tourists have stayed away during the pandemic.

Prior to the pandemic, Venice, Prague and Amsterdam had become so saturated with visitors that locals no longer recognized their hometowns. But with COVID-19 restrictions, residents are breathing a sigh of relief. Meanwhile, while many businesses face unprecedented losses. 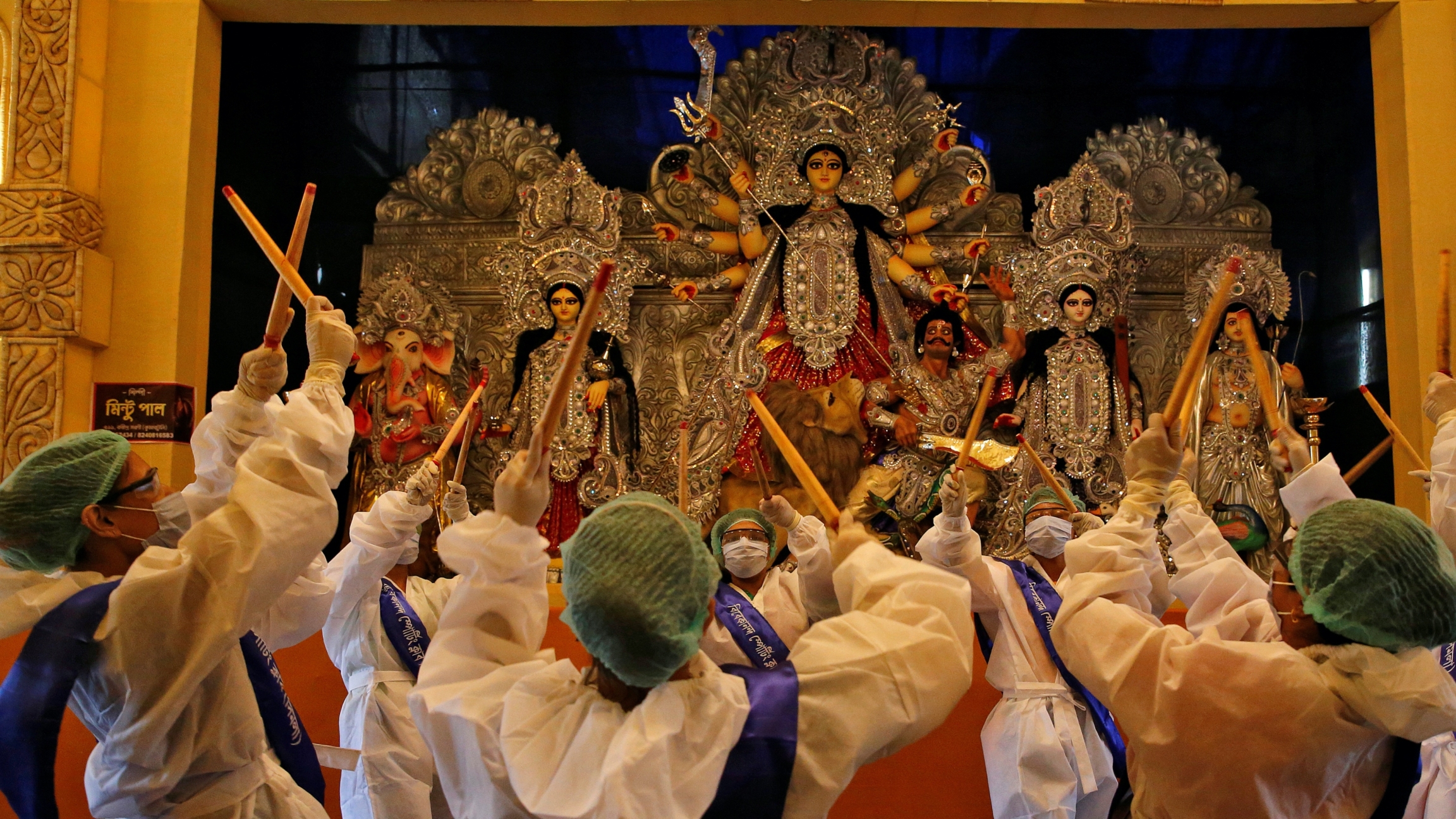 Hindu devotees wearing personal protective equipment perform Dandiya, a traditional dance, in front of an idol of Hindu goddess Durga at a pandal or a temporary platform, on the first day of Durga Puja festival in Kolkata, India, Oct. 22, 2020.

As COVID-19 cases rise in West Bengal state, Durga Puja festival organizers and devotees alike are following strict protocols to prevent the spread of the coronavirus and families are adapting traditional rituals in order to celebrate safely.

Dr. Arup Senapati, a surgeon at Silchar Medical College in the northeastern Indian state of Assam, has prioritized making the world a happier place — if just a little bit. Senapati was recently filmed dancing to the Bollywood track “Ghungroo” from the film “War” to cheer up his patients who were hospitalized with the coronavirus. The doc nails the signature hook step popularized by Bollywood actor Hrithik Roshan. 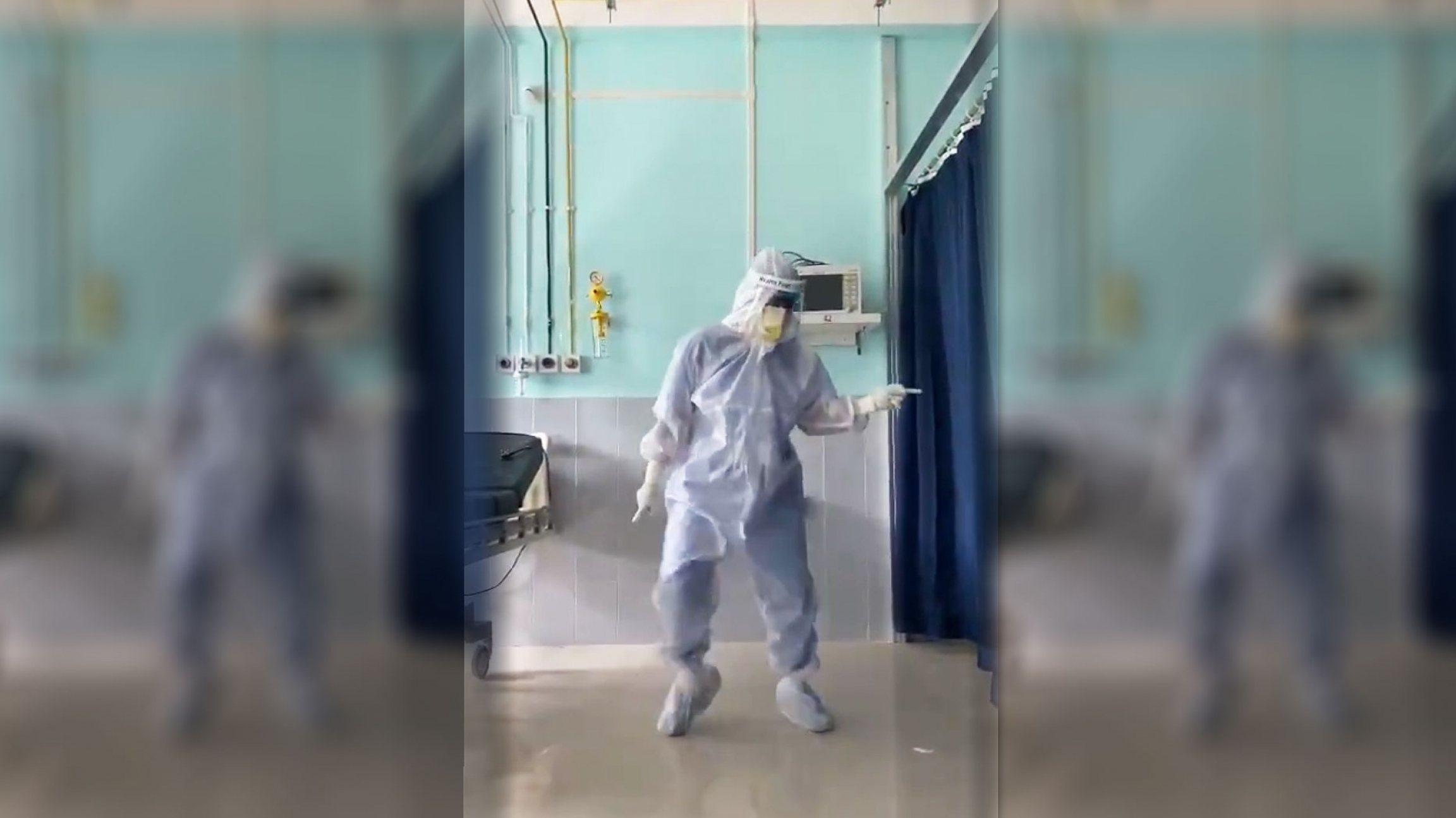 Dr. Arup Senapati, an surgeon at Silchar Medical College in northeastern India dances to the hit song “Ghungroo” for his COVID-19 patients.

Listen: US government says Iran behind voter-intimidation emails ahead of US election 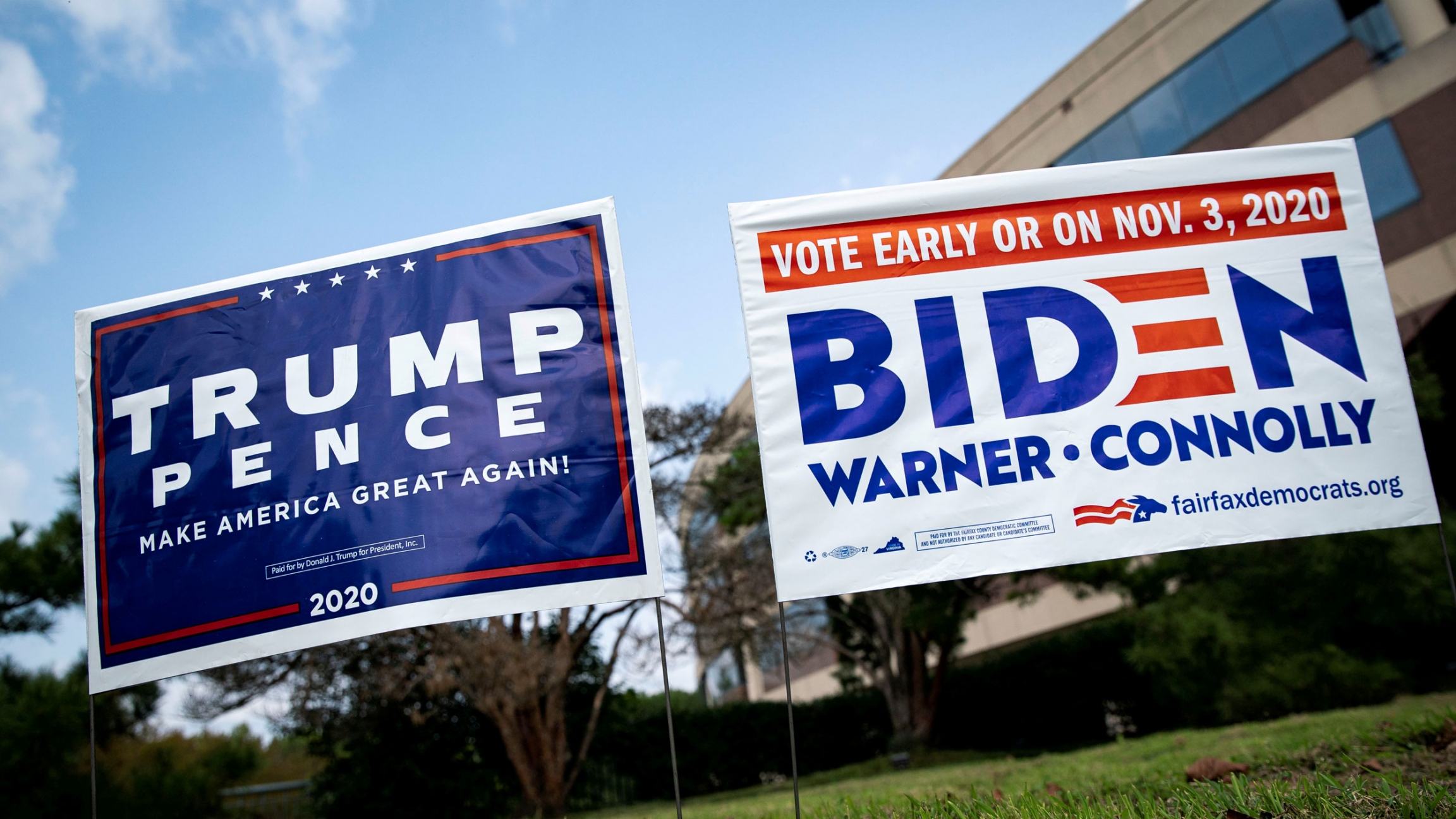 The US Director of National Intelligence John Ratcliffe and FBI Director Christopher Wray announced Wednesday that Iran is behind a campaign of sending threatening, faked emails to voters in the US ahead of the 2020 presidential election. And, in the wake of the pandemic, the International Monetary Fund has doled out billions of dollars to keep countries afloat, with few restrictions. But now those countries say the IMF wants them to impose austerity measures. Also, a doctor in northeastern India dances for COVID-19 patients to make them feel happy — and a video of his moves has gone viral.