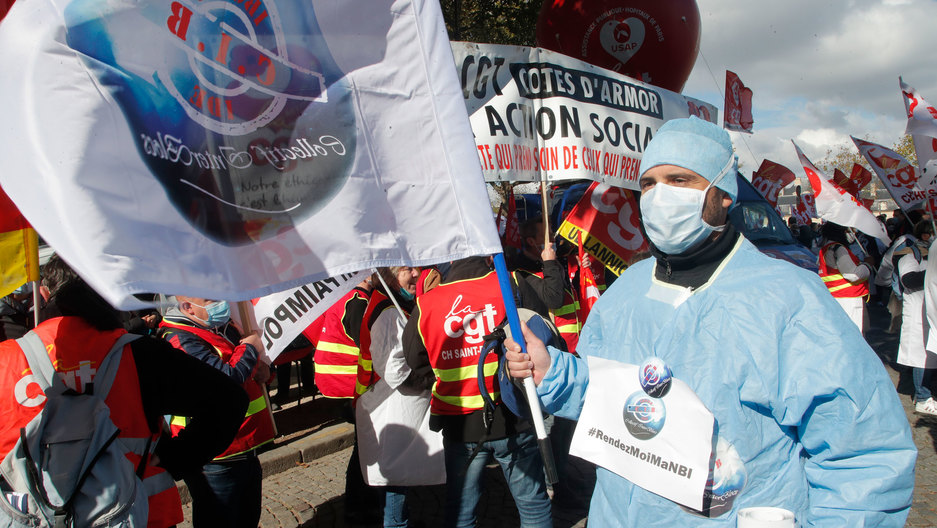 France has become the latest European nation to announce stricter measures to combat the spread of the coronavirus, with a curfew in Paris and eight other cities set to take effect for as many as six weeks starting on Saturday.

The 9 p.m. to 6 a.m. curfew will impact some 20 million of the country’s 67 million people, with urban centers from Lyon to Marseille and Toulouse shutting down every evening. Violating the curfew will carry a fine of about $160 for the first offense and about $1,760 if you’re caught again. The government of French President Emmanuel Macron also announced the extension of a state of health emergency, as a second wave of infections is spreading across much of Europe and the Middle East.

“We must remain united and apply the measures announced by the President of the Republic,” tweeted Paris Mayor Anne Hidalgo. “It is a new ordeal, and we will face it, together and in solidarity with caregivers.”

Health care workers in France demonstrated Thursday against their working conditions, demanding that the government hire more medical staff to curb their exhaustion. The nationwide day of protests was planned by trade unions and saw street marches of nurses and doctors wearing scrubs and asking for better pay. But the labor organizations said they would not significantly disrupt hospital services.

Kyrgyzstan President Sooronbay Jeenbekov has tendered his resignation in the face of calls by political opponents for him to step down after a disputed election. “For me, peace in Kyrgyzstan, the country’s integrity, the unity of our people and calm in the society are above all else,” said a statement from his office. On Wednesday, Sadyr Japarov became the country’s new prime minister on populist promises of sharing the nation’s gold wealth with the people.

And, a long-awaited prisoner swap between the warring parties in Yemen has begun with three planes full of Houthi rebel prisoners landing in the capital of Sanaa, which anti-government forces control. The UN last month announced the large exchange, which is being coordinated by the International Committee of the Red Cross in Yemen. As the released men arrived on the tarmac, they chanted, “God is great” and “Death to America and Israel.” Two planes took off from Sanaa, one carrying freed government soldiers and the other with 15 Saudis and five Sudanese who had fought alongside them. The swap coincided with the release on Wednesday of two Americans and the remains of a third who had died in captivity. 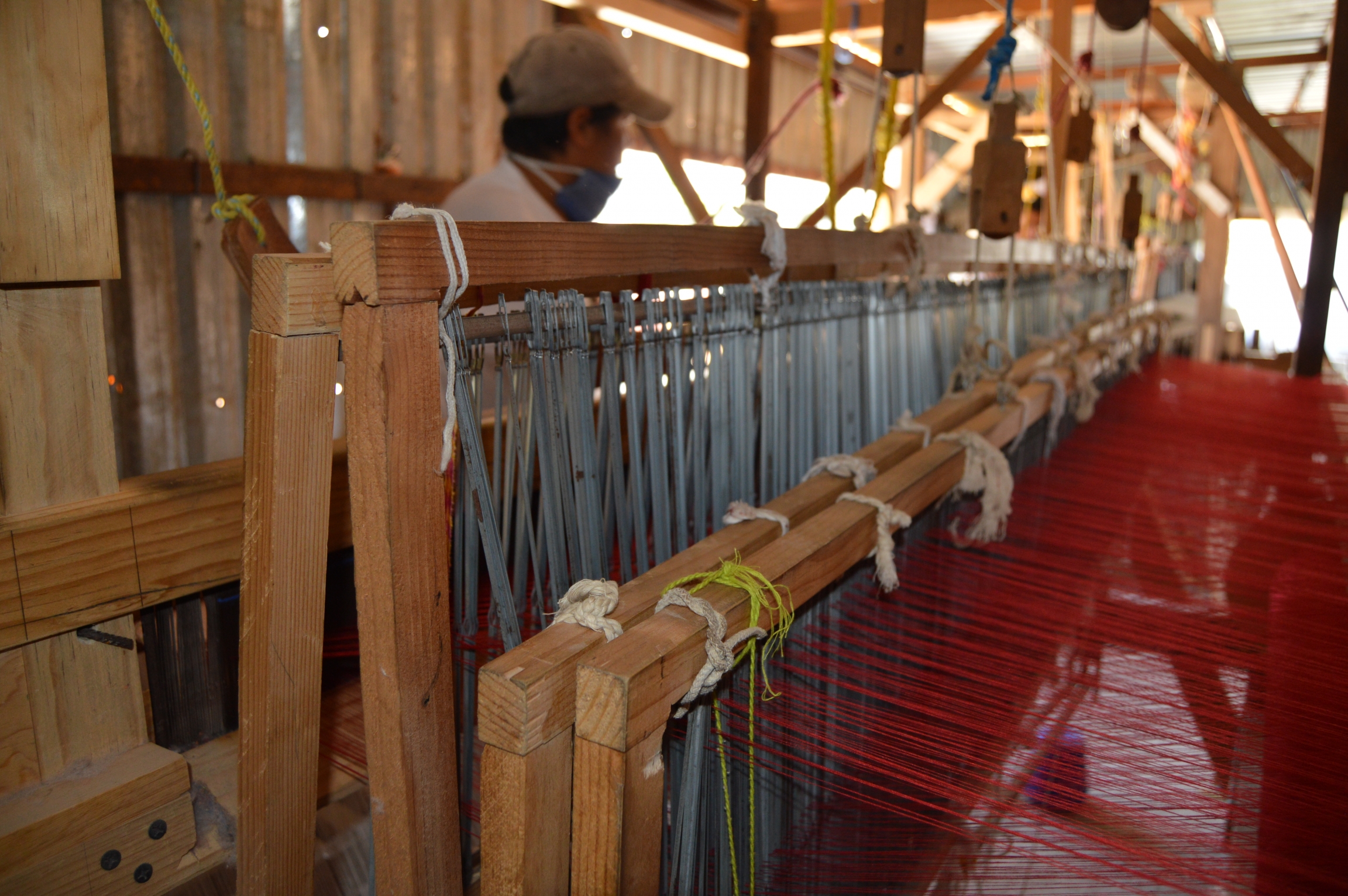 José López Jiménez is shown at a loom used to weave 100% cotton bedspreads in the El Manantial textile workshop.

For many textile workers in Oaxaca who have long depended on tourism to support their handicrafts, pivoting to face masks has helped keep their businesses going.

“Face masks have helped us to survive, maintain and provide support for the young men and women who work with us,” said Álvaro López Jiménez of the family-run El Manantial textile workshop in Pueblo Nuevo, which opened 25 years ago.

This independent Afro Latino voter has decided on Biden 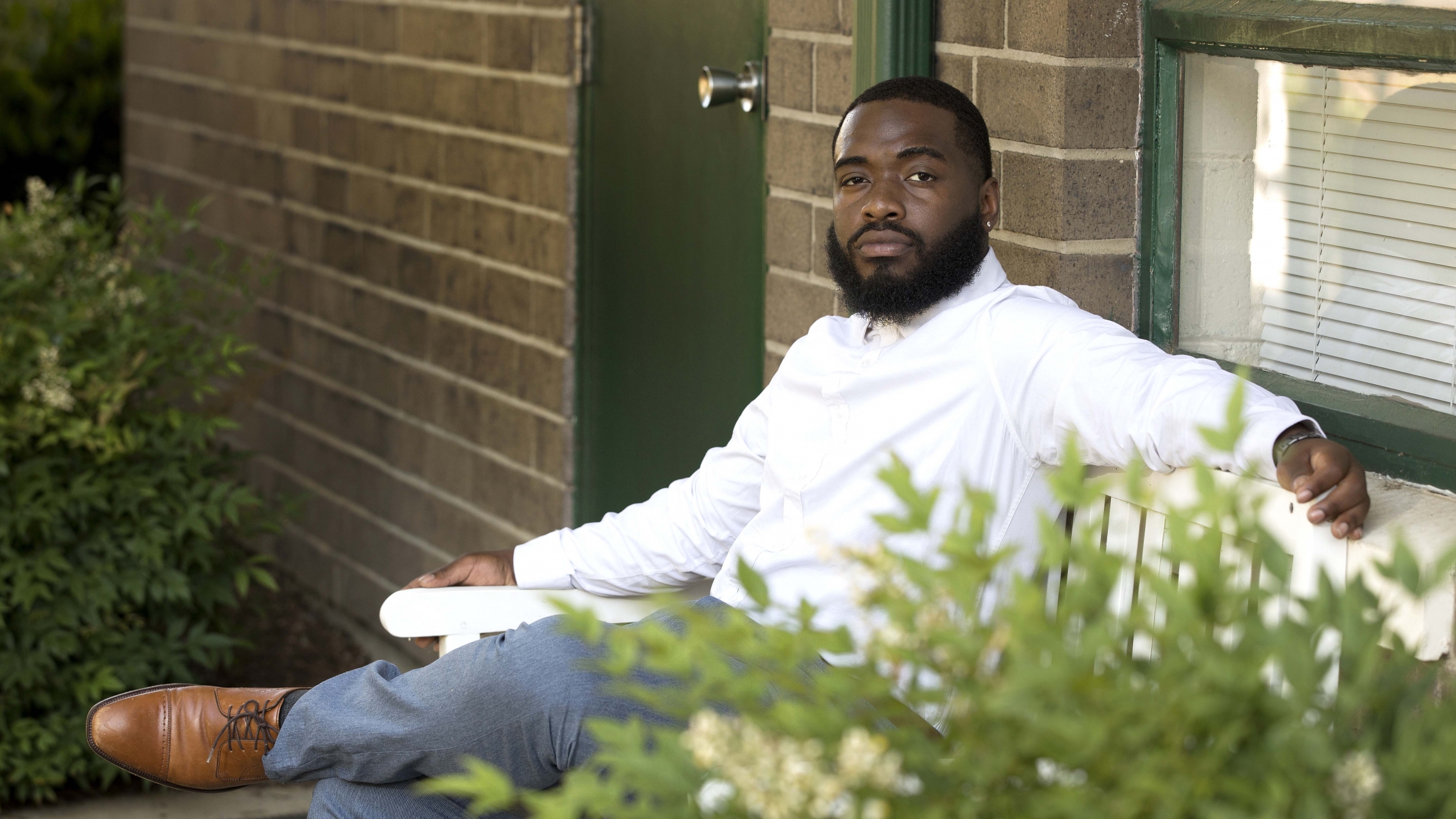 A small percentage of US voters remain undecided and they could be critical in swaying the presidential election. After months of following the campaign, Brayan Guevara has decided to vote for Democratic candidate Joe Biden.

“I'm not bashing anybody, but people are fit for things and people just aren't fit for things, if that makes sense,” Guevara said, referring to US President Donald Trump.

“It's a good thing to put on your resume that you are president, bro, but, you know, you’re messing with people's livelihoods.” 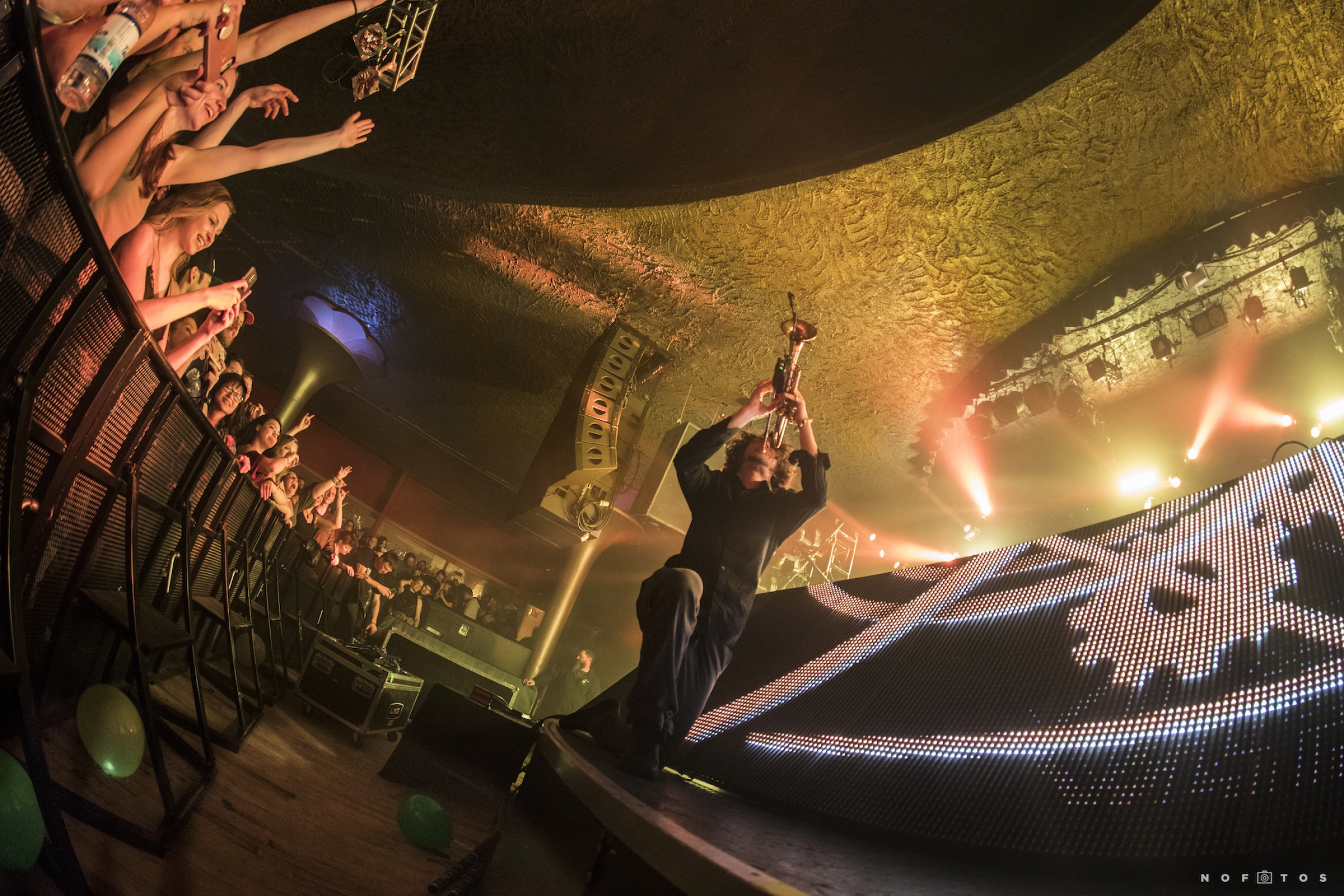 In this undated photo, trumpet player Will Magid performs at the Showbox Sodo venue in Seattle, Washington.

Trumpet player and ethnomusicologist Will Magid is the creative force behind the musical project Balkan Bump. He has a new album out Oct. 23 called "Osmanity."

“When I first started hearing this music, there was something that really resonated with me personally,” Magid said.

“My family on my dad's side is Eastern European Jews," he added. "There's this great klezmer tradition that also runs through that current. And I started hearing these similarities between these klezmer scales and klezmer rhythms and these sounds from the Balkans. And I heard that. I was like, wow, that feels somehow close to home and very ancient at the same time.”

As musicians turn to livestreaming performances amid the pandemic, 12-year-old piano phenom Matthew Chang performed two pieces by Polish composer Fryderyk Chopin on Wednesday at the Polish Embassy in Washington, DC. The organizers held the concert in an effort to pull people together — at least for a while online — to counter the global crisis. 🎹 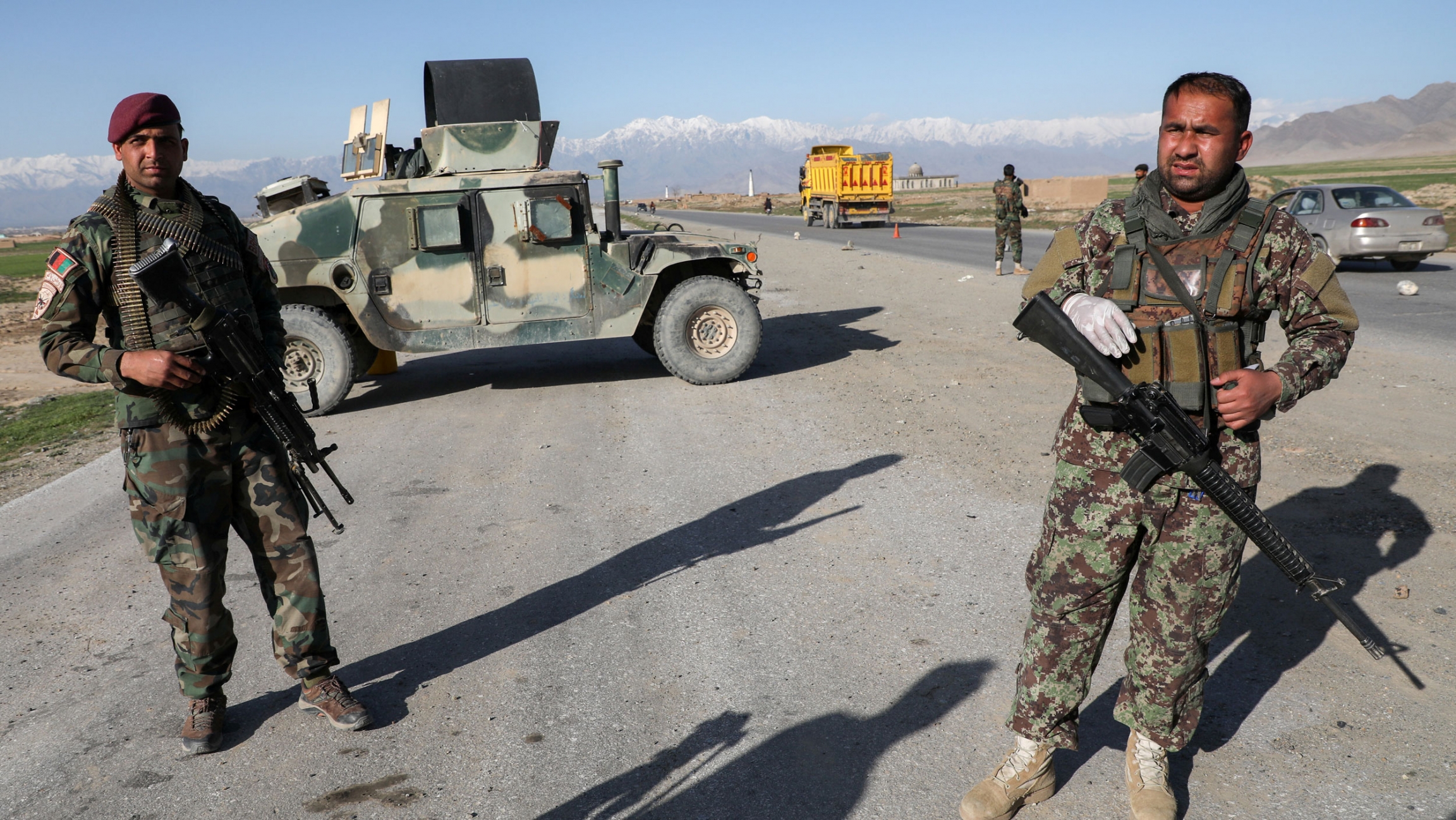 Thousands of people have been forced to flee their homes after the Taliban began an intense battle to take over the city of Lashkargah in southern Afghanistan. The fighting comes at a time when the Trump administration is negotiating a peace agreement with the militant group to withdraw US troops. And, China, Russia and Cuba all won seats on the UN Human Rights Council, provoking alarm with rights advocates given their highly dubious records. Also, music teachers in Canada are being forced to improvise amid the pandemic. Choir classes either must meet outdoors to rehearse or they simply hum and chant their way through class.