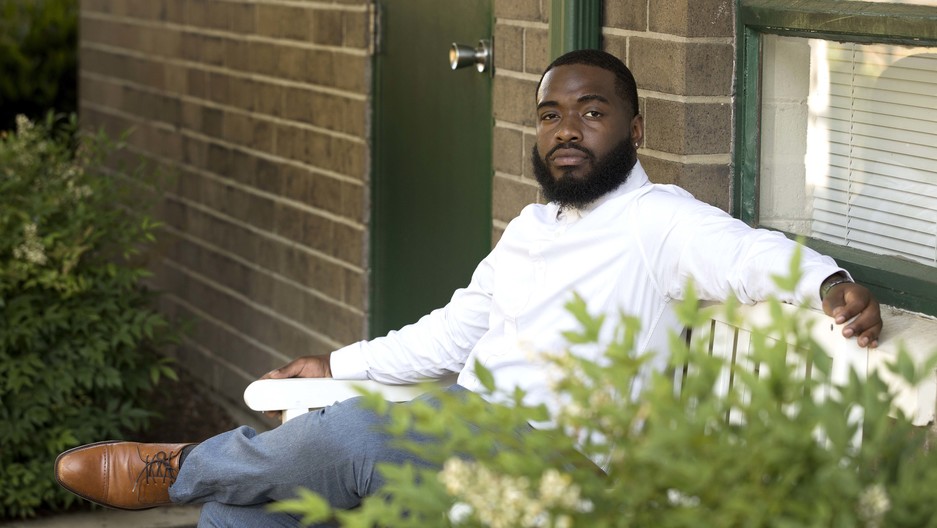 There was a particular moment when 19-year-old Brayan Guevara knew he was going to vote for Democratic candidate Joe Biden.

It was Aug. 11, the day Biden announced that Sen. Kamala Harris would be his pick for his vice president and running mate.

“That literally just put a ‘wow’ on my face. The first Black woman vice president?” said Guevara, who is Afro Latino. “I got my little intuition that she's going to make things shake and try to succeed to make the world or the United States a better place.”

For months, Guevara, an independent voter, was unsure who to vote for in the 2020 presidential election. A poll in September found 6% of voters were still undecided.

And those undecided voters — especially in a swing state like North Carolina, where Guevara lives — can be critical in swaying an election. A 2016 study by the American Association of Public Opinion showed that late-deciding voters made polls underestimate support for Trump during the last election, leading to an outcome that surprised some.

Related: This young Afro Latino teacher and voter wants to be a model for his students

Guevara, who is voting this year for the first time, originally wanted Vermont Sen. Bernie Sanders to get on the Democratic ticket. When that didn’t happen, he was stuck between Biden and President Donald Trump and saw benefits to both of them.

However, in the midst of protests this summer over racial injustice and the COVID-19 pandemic, Guevara became more critical of how Trump has been running the country.

“The more he's getting older, the more he doesn't care. And we can't have another four years of this guy doing that to our country,” he said. “We need to put a stop to it.”

“It's a good thing to put on your resume that you are president, bro, but, you know, you’re messing with people's livelihoods.”

“I'm not bashing anybody, but people are fit for things and people just aren't fit for things, if that makes sense,” he continued. “It's a good thing to put on your resume that you are president, bro, but, you know, you’re messing with people's livelihoods.”

Historically, a small percentage of American voters have turned away from the mainstream Republican and Democratic presidential candidates, voting for third-party candidates instead. They’re not necessarily wasting their votes, according to Elon University political science professor Jason Husser.

“It's still officially counted, but they're not going to be really weighing in in the major election, which is really between Trump and Biden,” Husser said. “In 2016, we did see a fairly high number of people who are undecided up until the last couple weeks of the election. In fact, analysis of exit polls suggested in a number of swing states, as many as 11% or 12% of voters really made up their mind in the last couple weeks of the election. Early data from 2016 suggests that that number is going to be smaller in 2020.”

A recent study by the Pew Research showed that an overwhelming majority of registered voters are locked into their choices. Only 5% of voters who support either of the two major candidates said there was a chance they’d change their minds.

Outside of swing states, undecided voters don’t have much of an impact in an election, Husser said.

“Even in swing states, undecided voters are rarely the biggest factor in determining who wins the election,” he said. “They're an important factor and really hard to win without undecided voters breaking for one candidate versus the other.”

Guevara said Biden’s choice of Harris as his running mate solidified his vote, but he also likes a lot of Biden’s platforms.

For example, Guevara appreciates Biden’s focus on helping educators and teachers pay off their student loans and increase their pay. Guevara, a sophomore in college, wants to become a teacher — just like his mother and grandmother.

Guevara, whose mother and grandparents are from Honduras, said his mother — who canvassed for former President Barack Obama when he ran for president in 2008 — never pushed him to side with either major US political party. But even though Guevara considers himself an independent thinker, he can’t bring himself to vote for an independent or third-party presidential candidate in this election.

“It would just be taking away the Democratic percentage,” he said. “I am not going to vote for an independent that doesn't have the stability of winning the presidency.”

He said he thinks that Trump is a good businessman but he thinks his priorities are inconsistent.

“He's a great businessman and you can't take that away from him,” he said. “But he was talking junk about Iran, just the other day. In a pandemic, those aren't the things that should be at the top of your discussions, and I don't want to have somebody that's that in impulsive in the office.”

Guevara plans to be a poll worker in this election. And in the meantime, he says, he’d still like to see Trump change for the better.

“I’m a really kind-hearted person, I'm the type of person to see light in everybody, so I really want to see him really, like pick up his act in the last few months that he's in office,” he said.