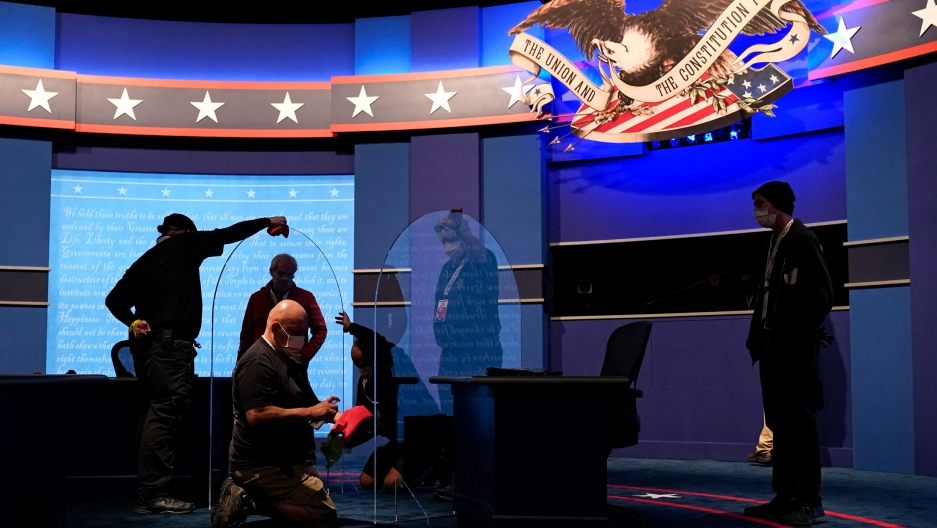 US Vice President Mike Pence and Sen. Kamala Harris, his Democratic challenger, will face off Wednesday night on the debate stage in Salt Lake City, Utah — separated by plexiglass and a distance of just over 12 feet. Their participation in the only vice presidential debate occurs in the shadow of the pandemic and a stalling US economy, which have plunged the country into overlapping crises.

US President Donald Trump, who last week joined a growing circle of world leaders who have contracted the virus, continues his recovery from COVID-19 at the White House while the outbreak within the executive branch continues to spread. A total of 34 people have tested positive thus far in the Trump-related cluster. New cases include senior presidential adviser Stephen Miller and Adm. Charles Ray, vice-commandant of the Coast Guard. The White House itself has become a hazard zone, with workers wearing full-body protective suits, rooms sanitized with disinfectant spray, and staff members urged to speak with a counselor about mental health issues.

Meanwhile, infectious disease expert Anthony Fauci said that the rash of infections at the presidential compound could have been prevented. His comments came as British Prime Minister Boris Johnson across the pond warned that COVID-19 cases are rising despite the necessary lockdown steps being taken. And Brussels overtook Paris in infections per capita, and the city’s government announced that bars and cafes would close for one month beginning on Thursday.

Fighting in the South Caucasus region of Nagorno-Karabakh threatened to further engulf regional powers Turkey, Russia and Iran as the civilian population pays the price for intense shelling. Hundreds have died in the clashes between Armenian and Azerbaijani forces in the most serious escalation of the conflict since a 1994 truce.

Two women scientists have been awarded the Nobel chemistry prize for a gene-editing tool known as “molecular scissors” that could help cure inherited diseases. Emmanuelle Charpentier and Jennifer Doudna discovered the CRISPR-Cas9 method of changing the DNA of plants, animals or microorganisms with a high degree of precision. The discovery opens up new possibilities for science while also raising potential ethical concerns.

Today on The World 📻: After a trial that lasted five years, a Greek court has issued a verdict against neo-Nazi group Golden Dawn. Dozens of members were found guilty of murder and assault, with the leader convicted of running a criminal organization. Tune into The World today for the latest from Greece correspondent Lydia Emmanouilidou. 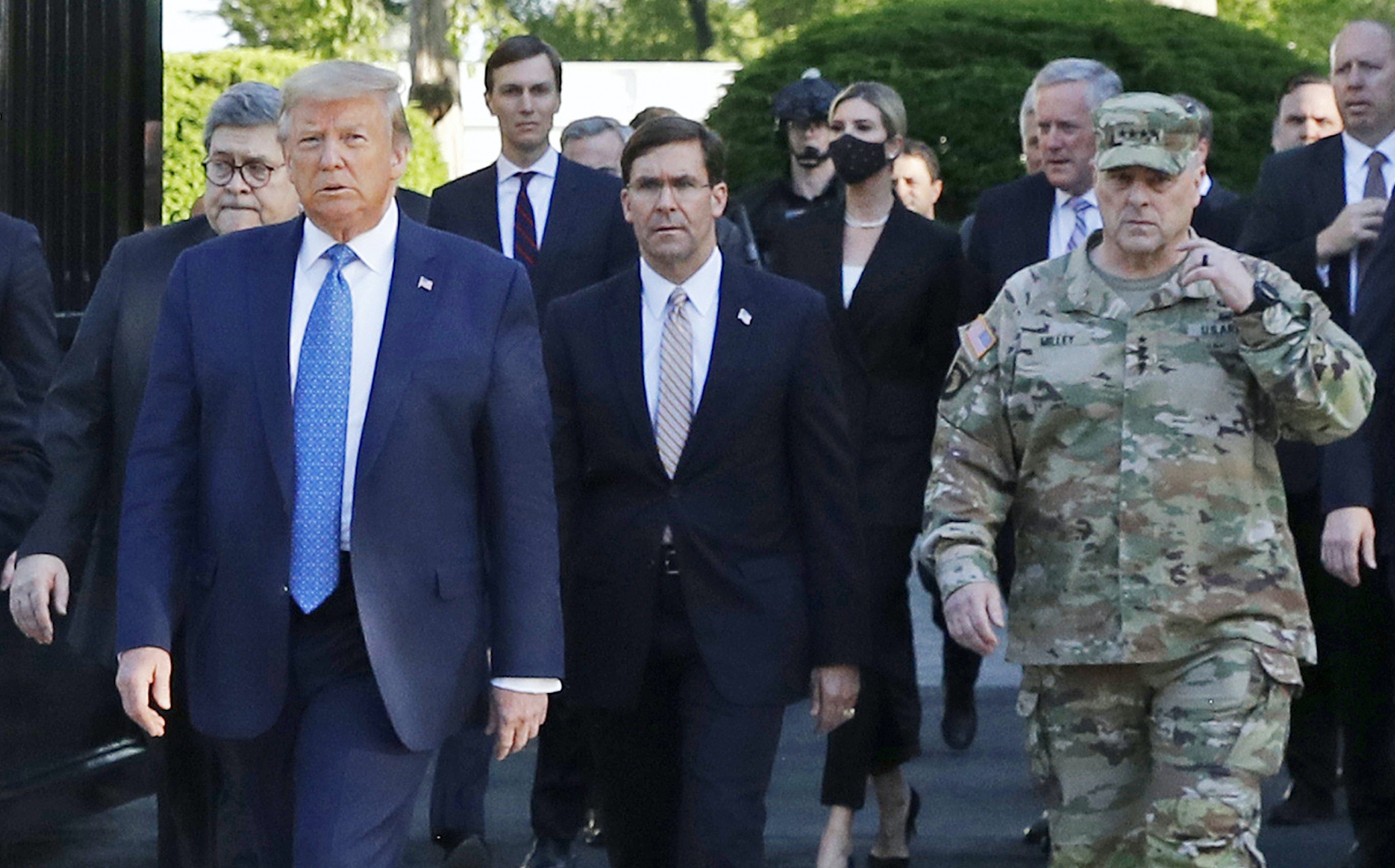 In this June 1 file photo, President Donald Trump departs the White House to visit outside St. John's Church. Walking behind Trump, at right, is Gen. Mark Milley, chairman of the Joint Chiefs of Staff.

The vice-commandant of the US Coast Guard, Adm. Charles Ray, learned that he is infected with the coronavirus. Head of the Joint Chiefs of Staff Mark Milley is now in quarantine as a result. The consequences for national security could be staggering.

Leon Panetta, former US secretary of defense, director of the CIA and White House chief of staff, told The World's Marco Werman that the fact that US leadership is being impacted sends a signal to our adversaries that we are in a vulnerable state. 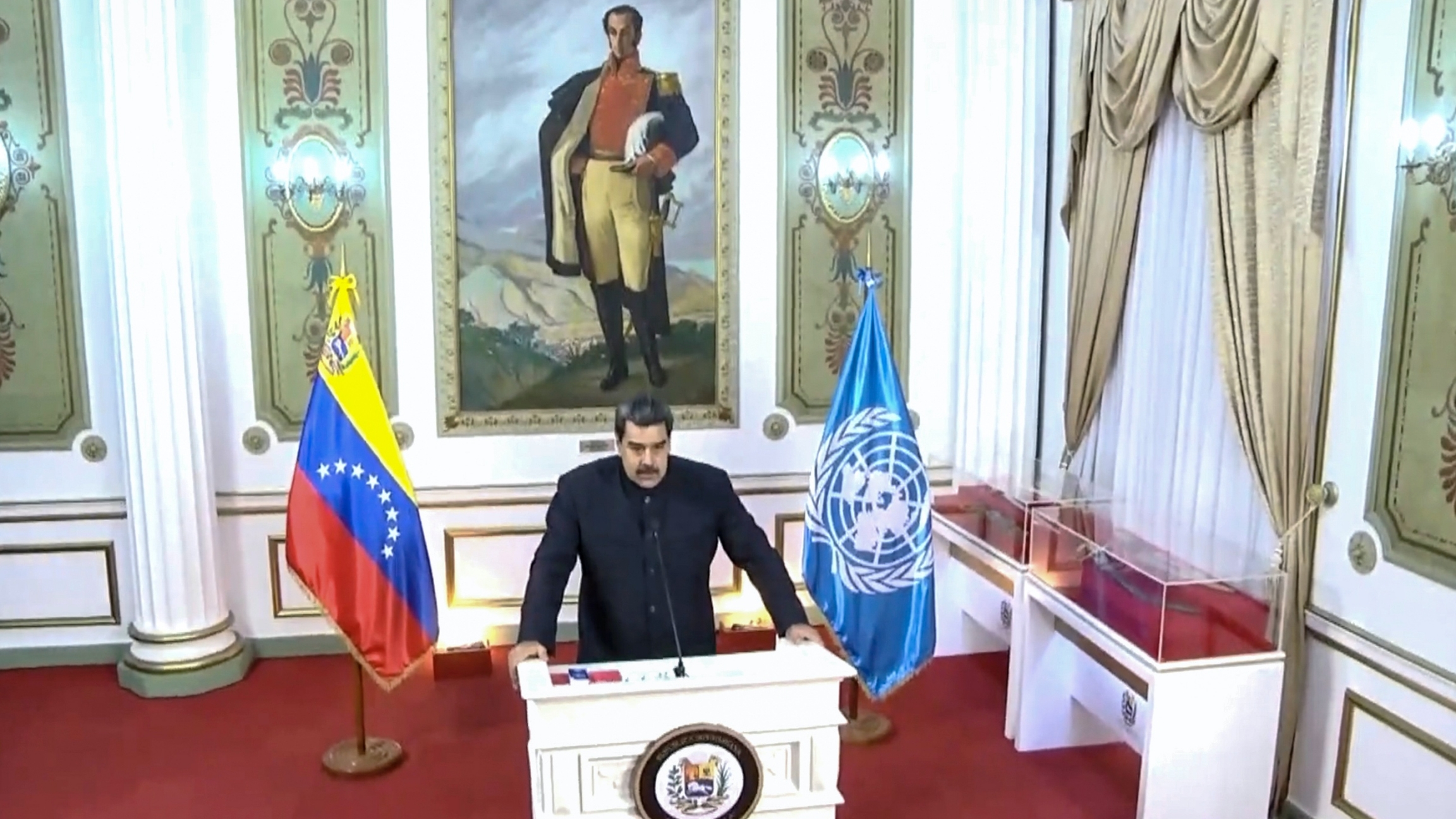 In this UNTV image, Nicolás Maduro, president of Venezuela, speaks in a prerecorded video message during the 75th session of the United Nations General Assembly, at UN Headquarters, Sept. 23, 2020.

China's new Silk Road runs through Latin America, prompting warnings from the US 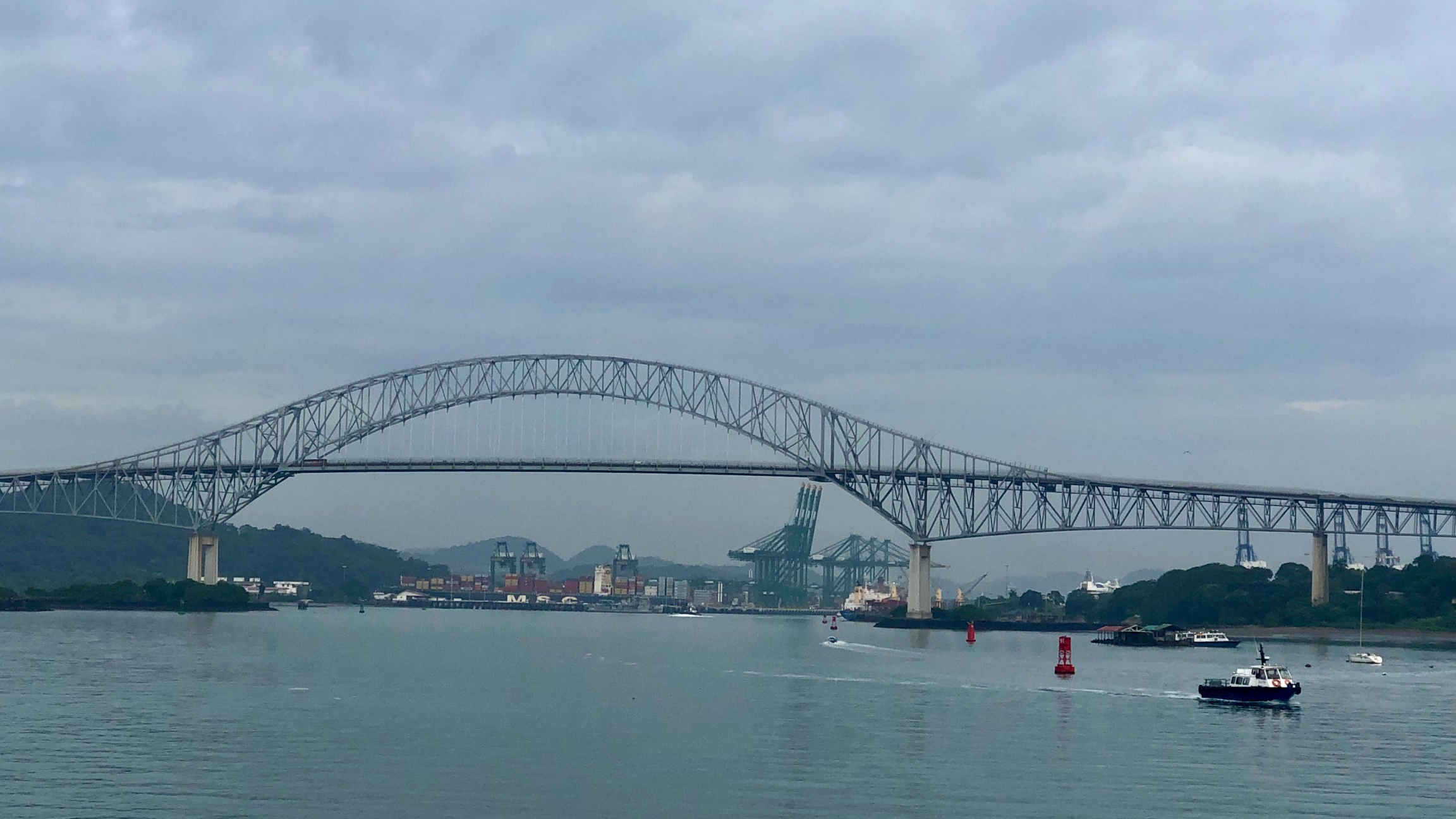 The Bridge of the Americas, located at the Pacific end of the Panama Canal.

Many Latin American countries have joined China’s Belt and Road Initiative, including Panama. As Mexico considers whether to join, some countries in the region face pressure from the Trump administration not to get too close to China.

For the first time in 3,000 years, Tasmanian devils are once again roaming mainland Australia. Thanks to the help of conservation groups, 26 of the endangered marsupials — known for their raspy shriek — have been released in a sanctuary in Barrington Tops, north of Sydney. 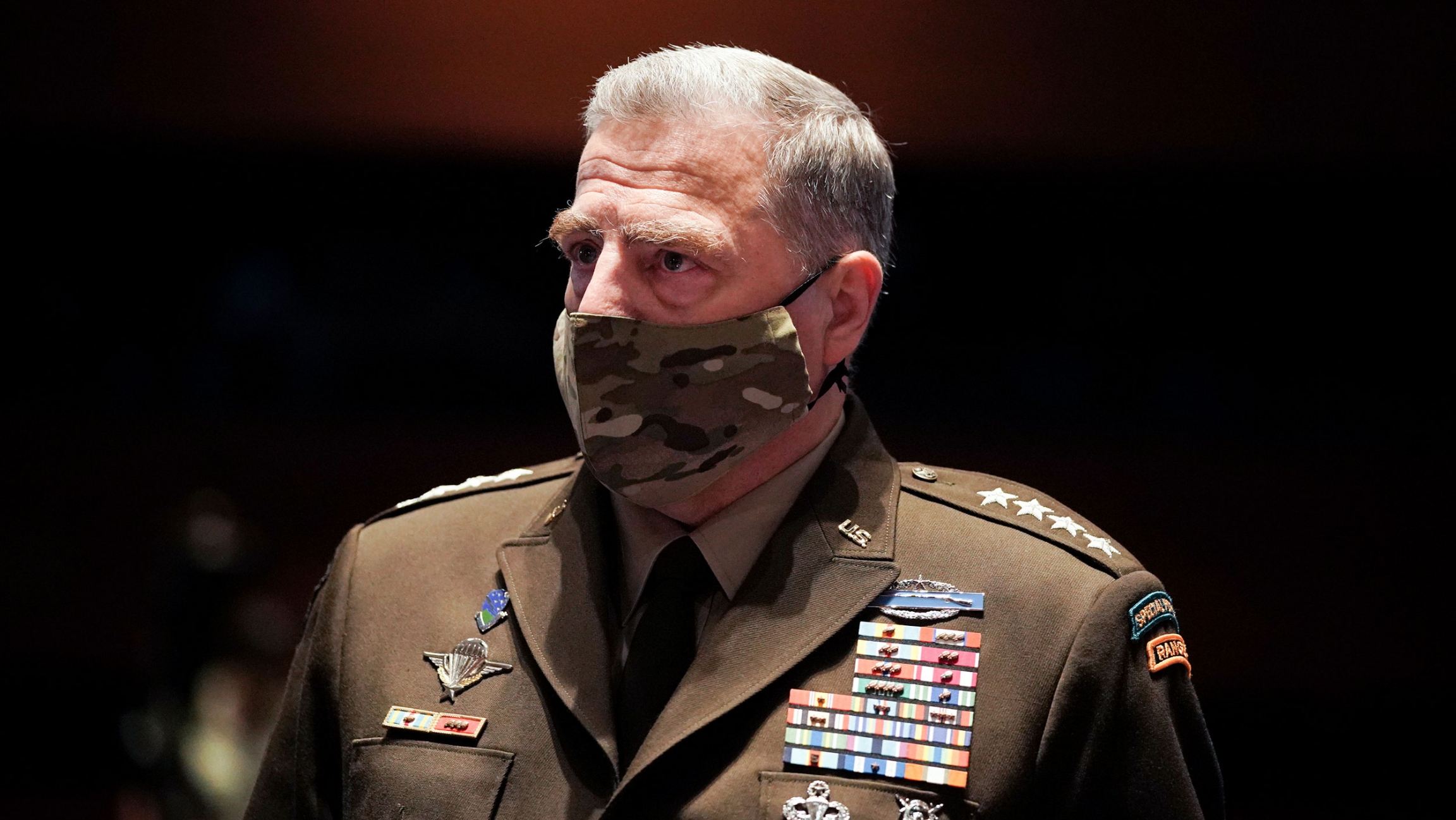 President Donald Trump’s top military advisers, including the head of the Joint Chiefs of Staff, Gen. Mark Milley, have gone into quarantine. And, the wives and widows of ISIS fighters have turned to crowdfunding to raise money to buy their escape from detention camps in northern Syria. Also, the frontman of the Colombian trio Bomba Estéreo has been at work on a new solo project — "Monte." It's an exploration of birdsong, nature and electronic music.