The Panama Canal was a marvel of American engineering when it built more than a century ago. It’s still pretty impressive, moving up huge container ships from one ocean, level by level, through three locks to a lake well above sea level, then down again and on to another ocean.

Over the past century, the Panama Canal has helped transform global shipping. It can shave off two weeks or more from the route of otherwise having to go around the horn of South America —  saving shippers time and money, with the bonus of skipping the stormy seas.

Americans didn’t just build the Panama Canal. For most of the 20th century, from 1903 to 1979, they also controlled it. The US military was based on a strip of land that ran the entire length of the canal and 10 miles across.

“Even from high in the government, they have recognized that the canal is running efficiently — even better now than in the old system,” said Johnny Wong, an engineer who worked on the Panama Canal for three decades. He helped oversee an expansion project of the canal from 2007 to 2016, adding an extra lane and doubling the canal’s capacity.

China is now interested in the Panama Canal both for its economic utility in cutting time and cost on shipping routes, and for its strategic and symbolic value, with China aspiring to replace the US as the global, preeminent power. 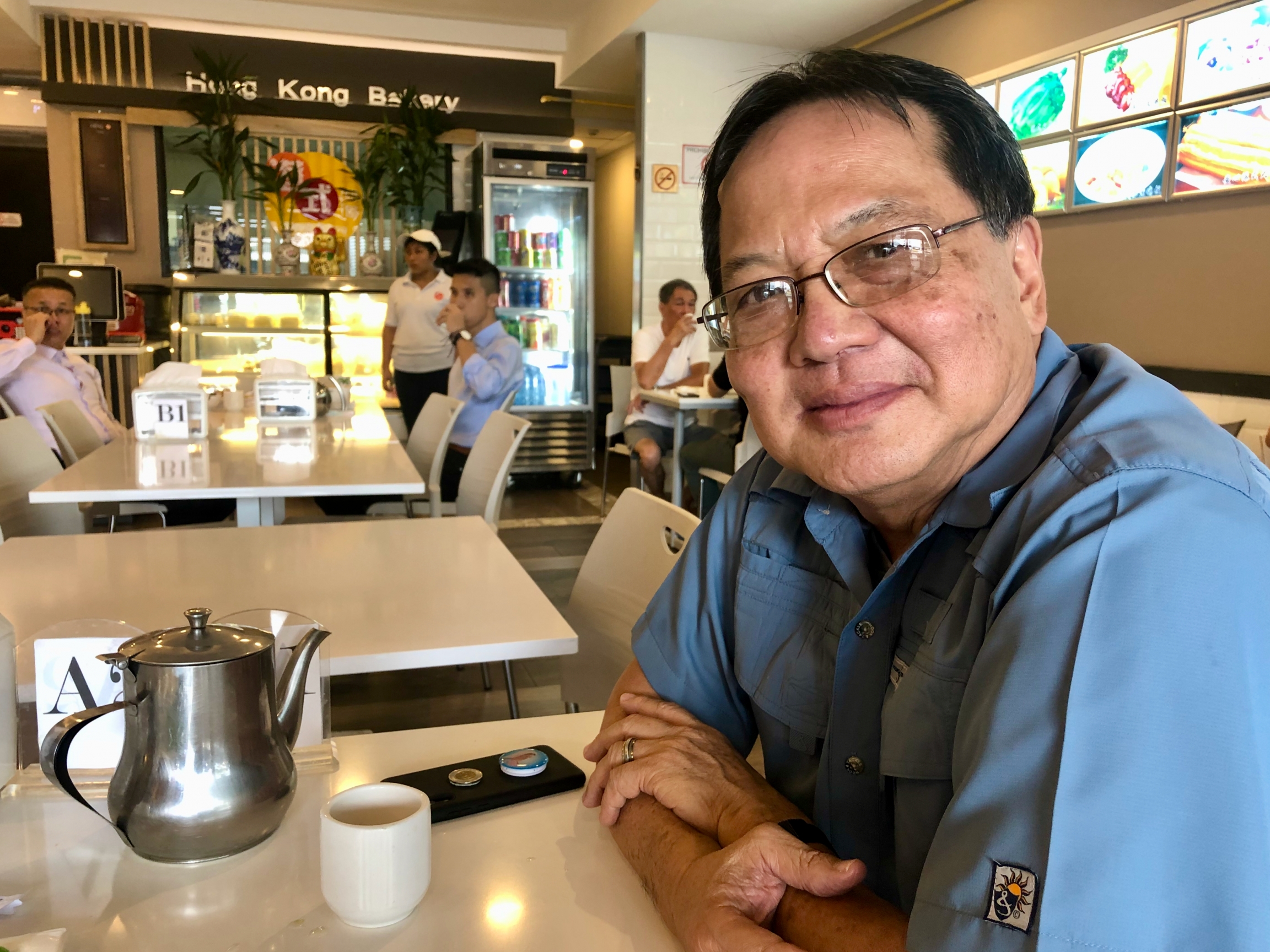 Johnny Wong is an engineer who helped oversee expansion of the Panama Canal. He is one of many Panamanians of Chinese ancestry.

For 20 years, Hutchison Ports, a Hong Kong company, managed ports at either end of the canal.

A Chinese state-owned company plans to build a bridge over the canal. Another has built a convention center and a cruise ship terminal on the Pacific side of the canal, where the Chinese government also wanted to build a new embassy — until pushback from both the United States and Panama caused them to look elsewhere. Several other Chinese projects were also proposed since Panama joined China’s Belt and Road Initiative in 2017, including a high-speed rail system across Panama.

“Belt and Road” stands for a belt of land routes and a maritime Silk Road of sea routes — which is what China aims to build with this global infrastructure initiative. Most of the world’s countries have signed on or expressed interest in it.

When Panama shifted its diplomatic recognition from Taiwan to China in June 2017, a step needed to join the Belt and Road later that year, then-President Juan Carlos Varela sat down for an interview with China’s state-run CGTN television network.

“China has the largest population in the world, has the second-largest economy, [and] is the second-main user of the Panama Canal,” Varela said.

Varela also said he gave the Trump administration about an hour’s notice of Panama’s decision to join China’s Belt and Road Initiative.

“This is our decision,” he said. “And I’m pretty sure I did the right thing for our people.”

The Trump administration soon made it clear it had a different view. Secretary of State Mike Pompeo visited Panama in late 2018 and warned against what he called China’s “predatory economic activity.”

Soon after, Chinese projects in Panama started being scaled back, canceled or rejected. A $4 billion high-speed rail project was canceled. A $2.5 billion monorail project, linking Panama City with its western suburbs, went to South Korea’s Hyundai instead of, as earlier expected, to a Chinese company. The Panama Canal bridge to be built by a top Chinese state-owned company was scaled back. Negotiations between Panama and China for a free trade agreement stalled. And Panama’s government said it will audit Hutchison Ports and is considering whether to renew its concession when it expires in 2022.

Patiently and methodically, China is using its Belt and Road Initiative to expand and strengthen its strategic presence around the world, including in what has long been called the United States’ backyard.

Welcome to a 21st-century version of the Great Game. The 19th-century version had imperial Russia and imperial Great Britain vying for influence and access to resources in Central Asia. Now, it’s the world’s two top economies vying for influence around the world: the United States as the incumbent premier power, and China as an ambitious contender for that position. China, patiently and methodically, is using its Belt and Road Initiative to expand and strengthen its strategic presence around the world, including in what has long been called the United States’ backyard.

“Our government, the generals and the president should have sat down and said, ‘Hey, something is going on around here,’” said retired US Sergeant First Class Sidney Thomas, on a cruise down the Panama Canal in November 2019. He was born in Panama, moved to the United States as a kid, and came back to Panama with the US military in the 1970s. “It’s like playing checkers, or even chess. You make a move, and you wait for the other person. If the other person doesn’t make a move, you study the board to get an advantage. So, yeah — I believe China has an advantage now.”

China has been investing heavily in Latin America for more than a decade. It has built roads and dams in Brazil’s Amazon rainforest as land is cleared to grow more soybeans for export to China. It has also built or expanded ports in Peru, Mexico, Panama; a dam and surveillance system in Ecuador; and dozens of other projects throughout the region. In Latin America, 19 countries have now joined China’s Belt and Road Initiative — after a decade in which trade between China and Latin America increased more than twentyfold.

The hope across much of Latin America had been that signing on to Belt and Road membership would bring more Chinese investment of the kind each country needed, and more opportunities for Latin American countries to export to China, narrowing often sizable trade imbalances. That hasn’t always happened. Venezuela and Ecuador, in particular, now have high debts to China and new economic woes in the wake of COVID-19.

The region’s four largest economies — Argentina, Brazil, Colombia and Mexico — still haven’t signed a Belt and Road Initiative agreement. Together, they account for 70% of Latin America’s gross domestic product. But the Chinese telecommunications company Huawei is already building 5G networks in Mexico and Argentina, and has done pilot runs of its 5G technology in Brazil.

“Mexico has to be always open to build up a strategic relationship with China, but always very, very clear: It has to be a relationship that is well-balanced. We don’t want to create any type of dependency, not to China, neither to the United States.”

“Mexico has to be always open to build up a strategic relationship with China, but always very, very clear: It has to be a relationship that is well-balanced. We don’t want to create any type of dependency, not to China, neither to the United States,” Mexico’s former Secretary of Economy Ildefonso Guajardo told Isabella Cota, a Mexican journalist and economic correspondent for the Spanish newspaper, El Pais. 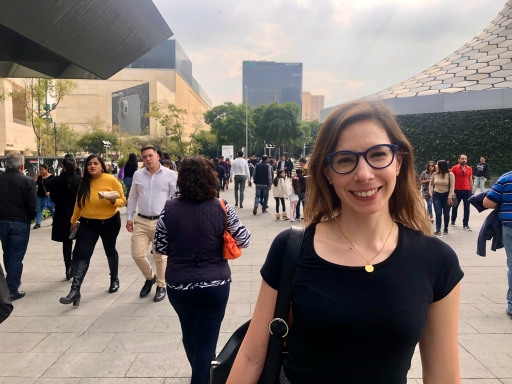 Isabella Cota is the economic correspondent for the Spanish newspaper El Pais and a partner reporter for the "On China’s New Silk Road" podcast.

Later, Cota — a partner reporter for the “On China’s New Silk Road” podcast — said the hit Mexico’s economy is taking from COVID-19 is causing the government to consider the best way forward. Mexico’s central bank has warned the economy could contract by almost 13%, and 15 million or more Mexicans could fall out of the middle class and into poverty. Chinese investment in the Mayan Train, a 900-milelong tourist train on the Yucatán Peninsula and in an oil refinery may help. But Cota says many Mexicans are looking to the new US-Mexico-Canada Agreement — the new North American Free Trade Agreement — more than anything else.

“Mexican officials are just so hopeful that this is going to be the thing that makes the economy come back in Mexico,” Cota said. “I’m not so sure it’s going to work out that way, at least not immediately. But this shift in mentality is important. It’s been kind of like being more grounded, being more realistic about Mexico’s opportunities.

Cota says it’s not clear yet how Mexico is going to balance its long-standing and close economic relationship with the United States, and new investment opportunities that may be coming from China.

“But I think that they’re going to try and get the best of both worlds,” she said. “And you know what? Quite frankly, I hope they do. Because we need as much investment and as much opportunity as we can get in Mexico.”