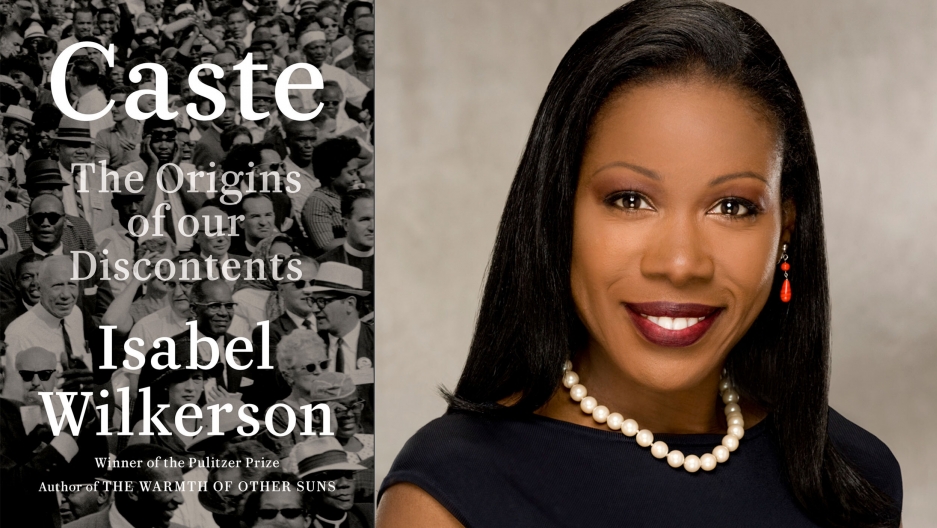 In her new book, author Isabel Wilkerson, right, argues a caste system — not race — explains inequality in the United States.

American writer Isabel Wilkerson began her latest book long before the police killing of George Floyd and long before many American conservatives took issue with the argument that systemic racism is at the heart of the problem of police brutality.

Wilkerson sees racism permeating American culture. But she doesn't think that alone explains the systemic oppression of Black people in America. Instead, in her new book, “Caste: The Origins of Our Discontents,” Wilkerson sees what she calls a "shape-shifting, unspoken, race-based caste pyramid" that maintains hierarchy and inequality in America.

She spoke to The World’s host Carol Hills about why Americans should think of racial inequality in terms of caste — and how accepting that is a starting point to heal from centuries' worth of oppression.

Carol Hills: In the past few months, Americans from many different walks of life have started using and understanding the terms "structural racism" and "systemic racism." At the same time, you're arguing that caste, not race, is a more accurate and useful way to explain the oppression of people of color in America. What do you mean by that?

Isabel Wilkerson: It's clear that we are not dealing with the classical, open racism of our forefathers' era and that the upheavals that we have been witnessing call for a different language that might liberate us from the language that leads to emotions of guilt and shame and blame that can sometimes obstruct the conversations that we're trying to have.

And what I sought to do is to describe the underlying infrastructure that is the basis for much of what we are seeing. It's our inheritance of a 400-year-old hierarchy that I'm calling a caste system that has some reverberations with and shares some points of intersection with other caste systems, most notably in certain specific ways with that in India. I call it, in some ways, an X-ray of our country, allowing us to be able to see ourselves differently.

We are not dealing with the same classical, open racism that we might consider of the past, where people would openly describe themselves as racist  — they would openly be proud to describe themselves as racist and picket against people who want to move into what had been formerly all-white neighborhoods. There are many documentaries in which people in the 1940s and '50s were open about how they hated people who were African American. They wanted to block people who were African American from coming into their neighborhoods.

That is not the same kind of open racism that we deal with today. People are loath to see themselves in that way and often actually do not see themselves in that way. I often describe it as we have inherited an old house and we don't want to think about what we may be in for if we look in the basement after rain. But if we don't look in the basement after rain, we will still have to deal with whatever it is that's there — recognizing that caste is the bones of what we are dealing with. Race is the tool, it's the signifier, it's the cue, it's the signal of one's place.

I want to talk about that further because say, for the sake of argument, that everybody recognizes the hierarchy of caste. Then what? How do you unlearn it? What are the opportunities or ways now that would move us forward?

Related: Even with a Harvard pedigree, caste follows 'like a shadow'

It's interesting because in your book, you look at the caste system of Nazi Germany, and you say that one thing that led you to that was watching the violence that erupted in Charlottesville, Virginia, in August 2017 and the debate that ensued over the Confederacy, its history and its symbols. How do you filter those protests, the Nazi symbols and the heated debate that tells us about the caste system and the importance of symbols and recognizing them?

Of course, the Nazis needed no one to teach them how to hate. And they did not turn to America for that. But what they did do is that they sent researchers to study the United States to see how the United States had managed to subjugate African Americans through its Jim Crow laws, through its segregation laws and its anti-miscegenation laws that prohibited marriage across racial lines. And they studied it as they were constructing what would ultimately become the Nuremberg Laws. So, there are connections between these hierarchies that the protesters in Charlottesville, on some key level, recognized themselves in bringing together the symbolism of Nazi Germany and the Confederacy. They themselves could see the connections there.

I want to end this by asking you whether trying to look at American society and persistent inequalities through the lens of caste, is it a way to bring Americans together? Our country is incredibly divided. And as you say, a lot of whites are dominant caste. They bristle and get all upset if they're accused of racism because they genuinely don't feel that they are racist and the whole conversation goes pear-shaped. So, if we're to understand persistent racism through the lens of caste, is that a way to bring people together to talk about this and their own plights?

I think that we need new language to home in on the structure, the infrastructure that we've inherited, as opposed to the emotions that can arise from language that we often attach to the past. I'm thinking about the country as an old house. It is not an emotional thing to think about: "OK, I've got to do this and I've got to do that with this old house." It's just, it has to be done. And you go and you roll up your sleeves and you recognize this is the building. This is what needs to be done. And you go in and you get it done. You define the problem, you lay out what is necessary to address the problem. And then together, one would hope, we could come together to really deal with this problem, and hopefully beyond all of it, to heal.