When a devastating blast rocked Beirut last month, Lebanese singer DD Foxx was 1,300 miles away in Dubai. But her family was back in Lebanon. Upon seeing the news of the tragedy online, DD Foxx quickly grabbed her phone and started calling loved ones. 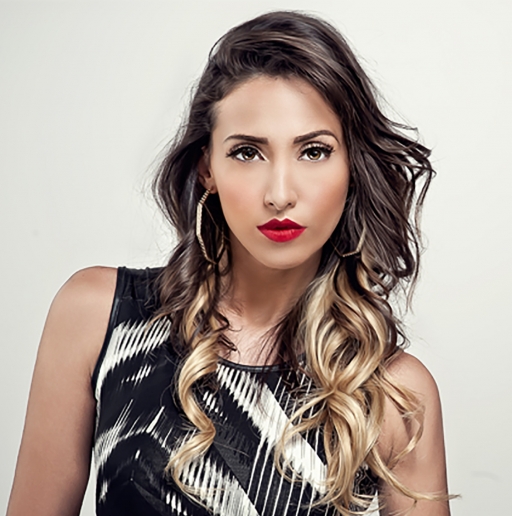 “Our house is [2.5 miles] away from the explosion,” DD Foxx said. “It was, like, hard to believe — is this actually happening?”

DD Foxx, the stage name for music artist Layal Halabi, was relieved to learn her family had been out of the city at the time and was safe. But their homes were badly damaged.

“All the damage was material. All the windows blew up. All the glass was shattered, and it was the same for my house, my grandparent’s house, my uncle’s house. Everybody there,” she said.

DD Foxx’s life usually revolves around music. Her success in the United Arab Emirates led her to become the first Middle Eastern female to place on the US Billboard charts. But in the weeks immediately following the blast, the pop star wasn’t thinking about writing songs. She was fundraising and sending money to local Beirut businesses who needed support.

"All the damage was material. All the windows blew up. All the glass was shattered, and it was the same for my house, my grandparent’s house, my uncle’s house. Everybody there."

“Seeing the aftermath was really traumatizing,” she said. “So I wasn’t really thinking about music. I was thinking, ‘What is music going to do at this point? They really need immediate and urgent help.’”

That assistance is still crucial; an estimated 300,000 people remain without a home. But now, about one month after the blast, musicians such as DD Foxx are starting to sing.

In a new song called “Little Girl” ("Bint Zghiri" in Arabic dialect), DD Foxx and other Lebanese musicians relay a message of hope for Beirut. The lyrics tell the story of a child whose dreams have been shattered. Yet, she is told not to be scared because Lebanon will rebuild.

“The line that sticks out is, ‘Don’t worry, little child. When the darkness comes and prevails — don’t worry little child,’” DD Foxx told The World. “We’re talking here to the youth and to the future of Lebanon when we’re saying that.”

Production of the song and music video was a family affair: DD Foxx’s father wrote the lyrics, her cousin appears in the clip as the “little girl,” and her sister edited the video. Footage of Beirut’s damaged buildings was taken by Lebanese filmmakers. This is also the first DD Foxx song released in her mother tongue, Lebanese Arabic.

“Definitely out of respect, and as a tribute, the song had to be in Arabic,” she said. “It’s where I’m from, in the end.”

DD Foxx’s tribute song isn’t the only musical addition to the recovery efforts in Beirut. Lebanese Australian singer Jehad Debab got started on a song the very night of the blast.

“You know, I had so many emotions. And for me, the way to process my emotions is just to start writing,” Debab said. “I remember seeing the news around 7 p.m. in the evening. And by around 2 a.m. or 3 a.m., I had a pretty rough draft [of the lyrics] on my phone. And I knew I had something.”

Within a week, Debab released a song and accompanying video called “Lebanon, I Love You,” in which he sings, “Lebanon, I love you. Even though I hardly know you.”

Debab was raised in Australia and only moved back to the Middle East a few years ago to reconnect with his roots. He said that growing up as a person of Islamic faith in Australia, he always had a longing for Lebanon. Debab lives in Abu Dhabi now and says Lebanese nationals living abroad have been the ones connecting with his track.

“Especially from the Australian Lebanese community,” he said. “They seem to really identify with the lyrics.”

Related: ‘Beirut is not for sale’: Devastated residents fend off developers, investors

Another song published in support of Beirut comes from Lebanese composer Guy Manoukian, who teamed up with Haitian American musician Wyclef Jean on “Immortal.” The pair have worked together for 13 years, according to a post on Manoukian’s Instagram page, and Jean has since fallen “in love with the people and culture” of Beirut.

Across the Mediterranean Sea, prominent Algerian rai singer Khaled also released a tribute track in Arabic and French, “Elle s'appelle Beyrouth,” which translates to “Her name is Beirut.”

Profits from that song are being donated to Lebanese Red Cross.

But performers, themselves, need support too.

Fadi Tabbal is a Lebanese musician and founder of Tunefork Recording Studios in Beirut. He was at Tunefork’s office — less than one mile from the port — at the time of the explosion.

“We were having a smoke in the living room and we heard the big noises. And, in a matter of seconds, we saw the huge mushroom,” Tabbal recalled. “The door was crushed. It was made of glass. And almost everything in the living room got destroyed. It was, like, uber-apocalyptic.”

"We were having a smoke in the living room and we heard the big noises. And, in a matter of seconds, we saw the huge mushroom."

Tabbal says everyone inside was okay, and Tunefork’s recording rooms were unscathed because of their reinforced walls. But other artists are facing serious losses.

So Tabbal created the Beirut Musician’s Fund, which raises money to replace musicians’ instruments after so many were damaged by the blast. He’s raised about $17,000 so far — halfway to his goal.

Tabbal questions the motives of diaspora artists who only experienced the blast from afar but still sought to profit from publishing tribute songs. “Sometimes it feels like you’re using a bad situation to get your name out there,” Tabbal said. “But at the same time, on the other hand, if you’re a big name and you’re doing that, it actually puts Beirut on the map. And it’s important not to normalize all the bad situations that happen. So it’s kind of a double-edged sword.”

To counter such concerns, singer Jehad Debab directs people to donate at the end of his music video, and pop star DD Foxx isn’t collecting any profits from her “Little Girl” tribute track.

“This song was not [released] for the purpose of promoting me or the [other] artists,” DD Foxx said, adding that she believes music can be used as a way to heal.

“We love to listen when we’re sad, when we’re happy, when we’re angry. There’s always music in a way that connects to our souls and affects our mood and the way we feel. And, sometimes, changes the way we see things.”

Tabbal said watching artists support each other — both within Beirut and around the world — is “beautiful” and also refreshing.

“It’s really nice seeing everybody just trying to help each other out,” he said.