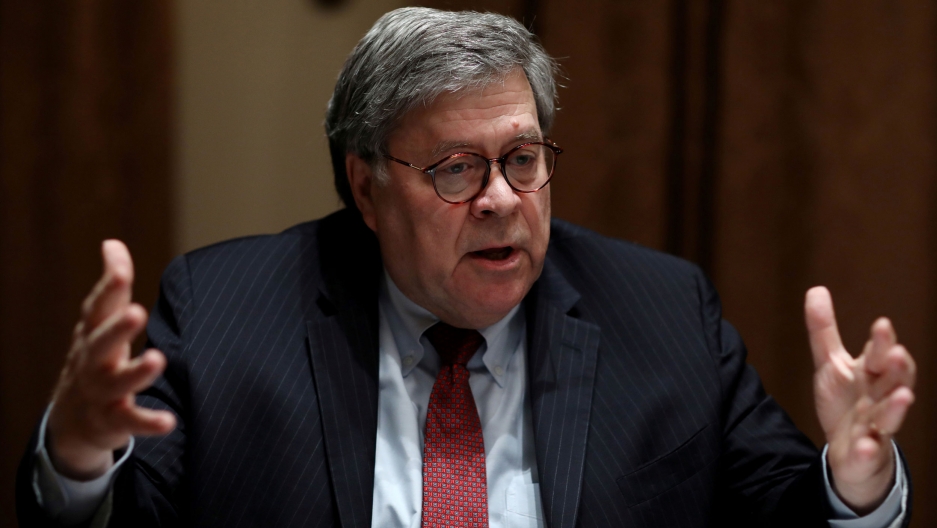 US Attorney General William Barr speaks during a roundtable discussion at the White House in Washington, DC, June 15, 2020.

US Attorney General William Barr heads to Capitol Hill today and will face questioning on what critics argue is a politicization of the Justice Department. Barr will be expected to discuss the sending of federal troops to US cities in the wake of widespread protests, along with why he intervened in several court cases resulting from former Special Prosecutor Robert Mueller’s Russia probe.

A House inquiry came after Barr moved to scale back the Justice Department's sentencing recommendation for Roger Stone, US President Donald Trump's longtime friend, and after the AG sought to drop the criminal charge against former national security adviser Michael Flynn, who pleaded guilty to lying to the FBI.

The hearing today is Barr's first testimony before the House Judiciary Committee since he took office in February 2019. Read Barr’s prepared statement.

In a case seen by many as a test of Malaysia’s resolve to stamp out corruption, the country’s former prime minister, Najib Razak, was found guilty of corruption Tuesday. He was sentenced to 12 years in jail and fined nearly $50 million over the multi-billion dollar scandal at the state fund 1MDB.

And, a new study has found that almost 3 billion animals were killed or displaced in the recent devastating bush fires in Australia. The study, funded by the World Wide Fund for Nature Australia, has called the fires the worst single event for wildlife in Australia. 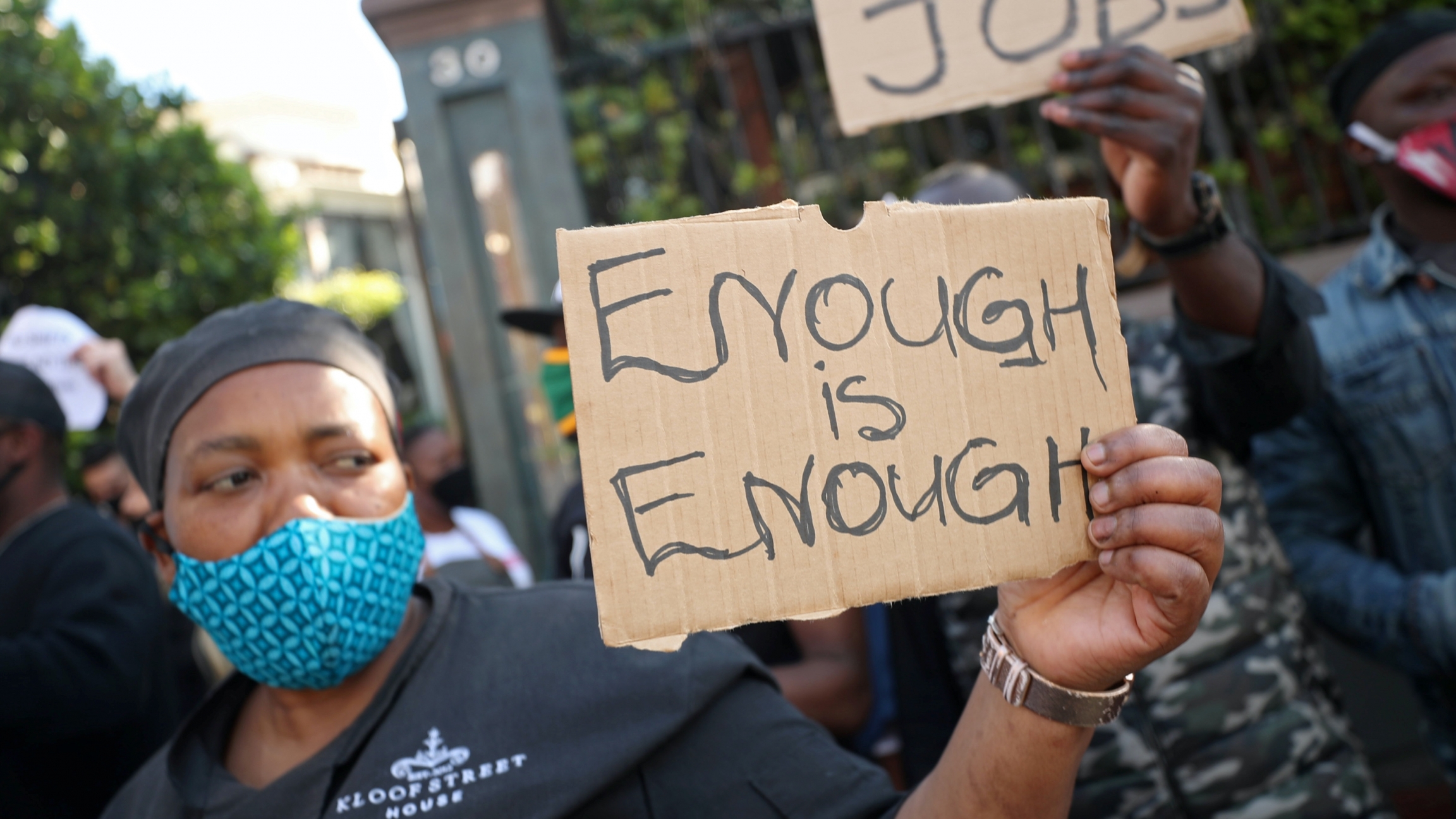 A restaurant worker holds a placard during a protest against the coronavirus disease (COVID-19) restrictions in Cape Town, South Africa, July 22, 2020.

South Africa had one of the strictest coronavirus lockdown measures. But as COVID-19 cases continue to rise, the nation returns to a strict lockdown. The World's host Marco Werman speaks to Dr. John Nkengasong, director of the Africa Centers for Disease Control and Prevention, about his outlook for the pandemic in Africa.

"The key question here is, how do we balance between saving lives and saving the economy and not saving lives or saving economies? I think that formula cannot hold. We cannot be under lockdown forever. We have to go out there and fight the battles and intensify aggressive, bold public health measures. Taking public health measures that work in the United States, in Europe and elsewhere and implemented in Africa will not work," Nkengasong said.

Bringing down barriers for travelers with disabilities in Korea 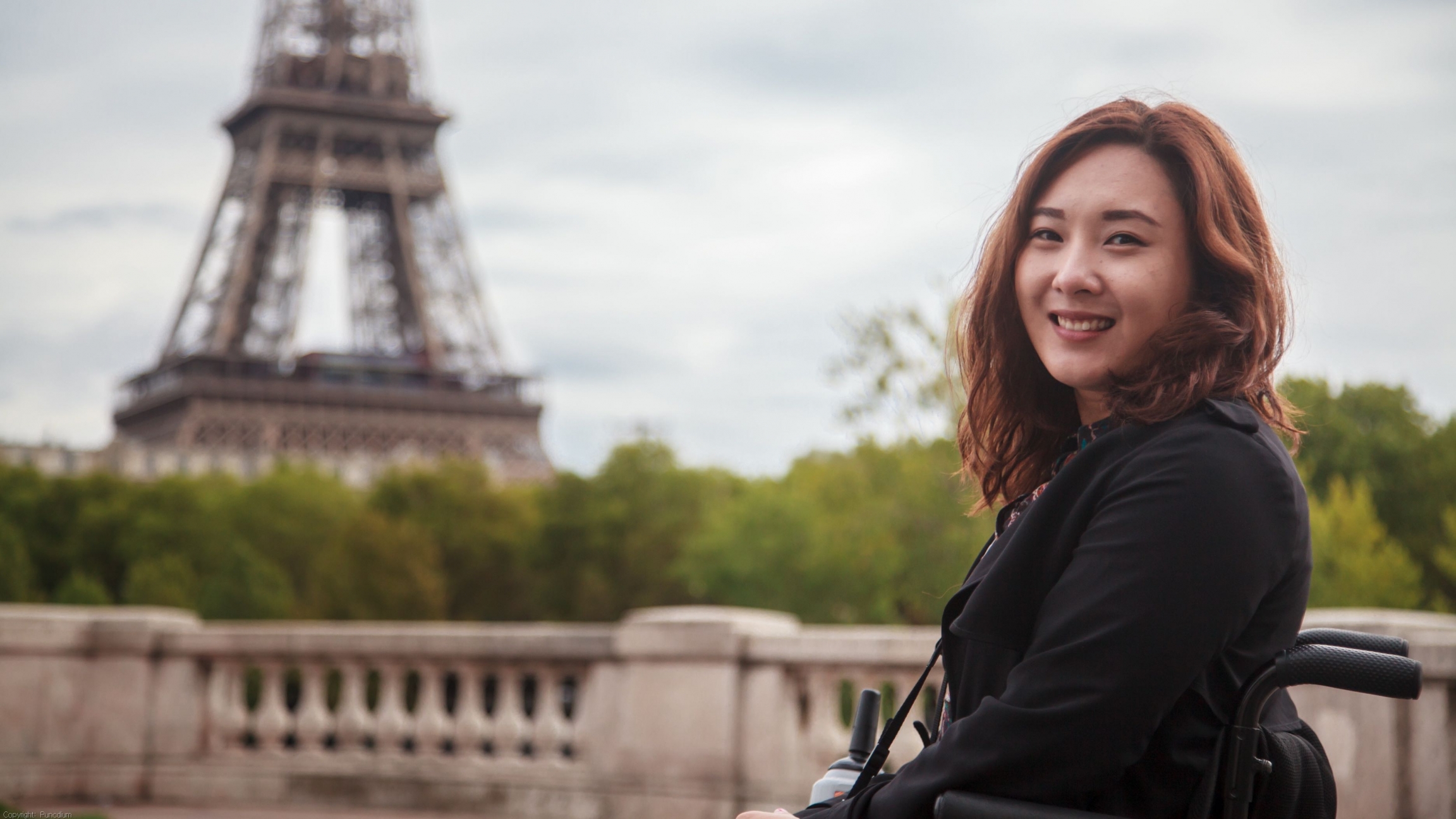 Hong Seo-yoon says travel is a great way to bring down barriers between people with disabilities and the nondisabled.

South Korean globe-trotter and wheelchair user Hong Seo-yoon advocates for more accessible tourism. She says many people are often unaware that when it comes to tourism, sightseeing or even extreme sports, many people with disabilities, whether they are blind, deaf or use a wheelchair, “all want the same things.”

We've all see it by now — people wearing a mask, except down under their chin. But this guy is really misinterpreting the UK's mask guidance.

Listen: Why coronavirus tests differ around the world 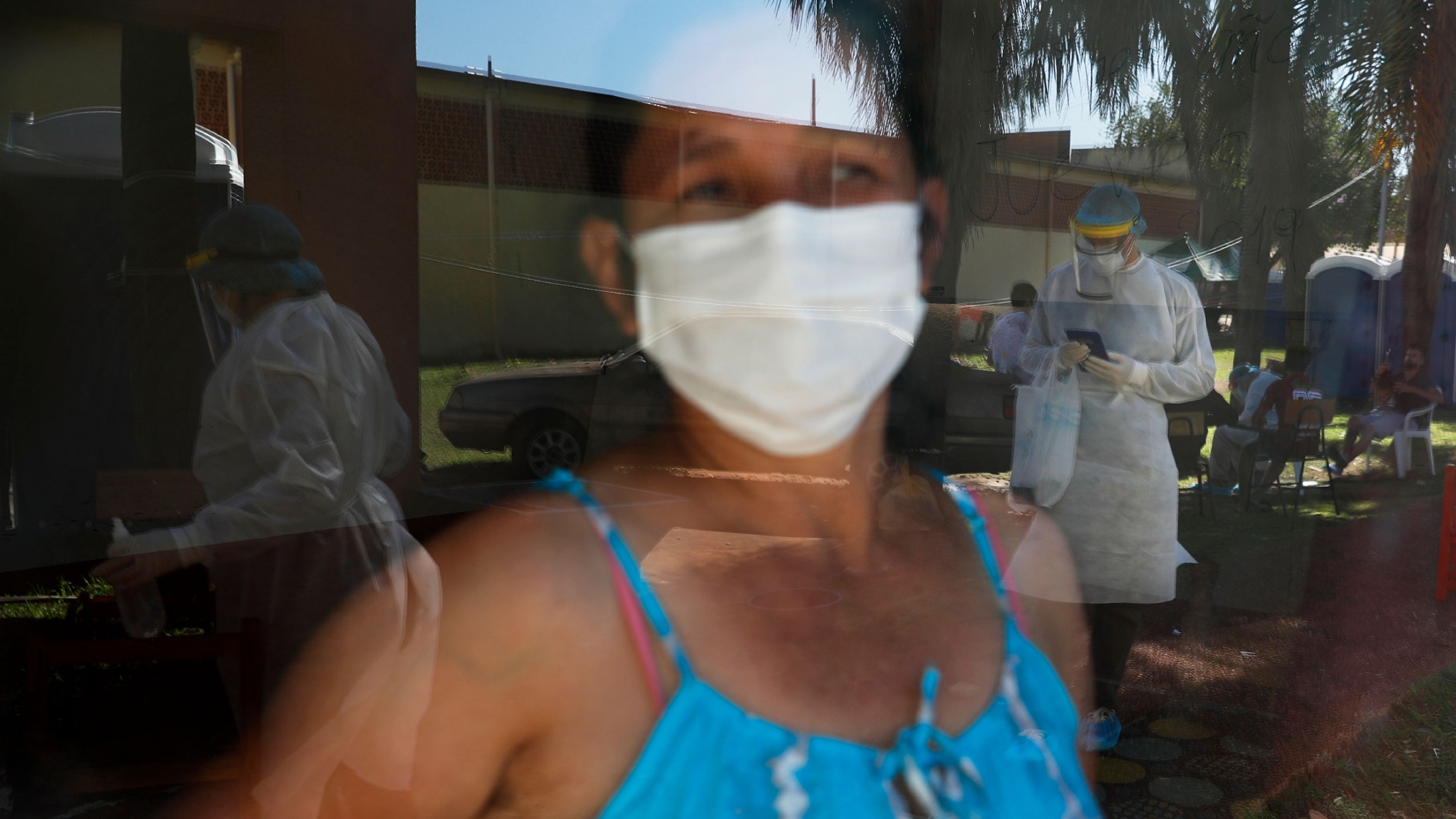 A woman in quarantine looks through the window to watch members of the National Mechanism to Prevent Torture visiting a school turned into a government-run shelter where citizens returning home are required by law to quarantine for two weeks and COVID-19 tests in Ciudad del Este, Paraguay, Thursday, June 24, 2020.

In the US, it's largely been up to individuals to figure out how to get tested for the coronavirus. The situation is very different in other countries. Meanwhile, South Africa had in place some of the world's strictest coronavirus lockdown measures. But now, COVID-19 cases are accelerating, and the country poses a threat to the entire African continent. Also, 30 years ago this week, US President George H.W. Bush signed the Americans with Disabilities Act, barring discrimination against people with disabilities. South Korea took much longer to pass similar legislation, and advocates are pushing the country to do more.