Hong Seo-yoon maneuvers through shifting clusters of picture-snapping tourists outside of Deoksugung, a palace in downtown Seoul. Before passing through the former royal residence’s wooden gate, she adjusts her motorized wheelchair’s speed ahead of a gradual incline in the stone walkway that leads into a tree-lined courtyard.

The 32-year-old explains that even small modifications, such as replacing a step with a ramp, give people like her access to places that otherwise would have been difficult if not impossible to enter independently.

Related: What it’s like to visit a North Korea-themed pub as a defector in South Korea

Hong says that many people are often unaware that when it comes to tourism, sightseeing or even extreme sports, many people with disabilities, whether they are blind, deaf or use a wheelchair, “all want the same things.”

“They want to travel, they want to visit places, I don’t think there’s a difference. Having a disability is not something special or weird.”

“They want to travel, they want to visit places, I don’t think there’s a difference,” Hong said. “Having a disability is not something special or weird.”

Hong is the founder of Tourism for All Korea, a nonprofit that advocates for greater inclusion in the country’s tourism industry for people with disabilities and makes policy recommendations for improvements in this sector. She’s also the author of “Europe, There’s No Reason Not to Go” — the first travelogue written by a wheelchair user from her country.

Her work has informed Seoul’s efforts to make its streets, transit and tourism locations more inclusive for citizens and visitors with disabilities.

Hong created a guide to various accessible sites and businesses and is pushing the city to provide more low-deck buses for wheelchair users. And last year, Seoul opened a tourism center specifically for travelers with a disability and credits Hong for her input. 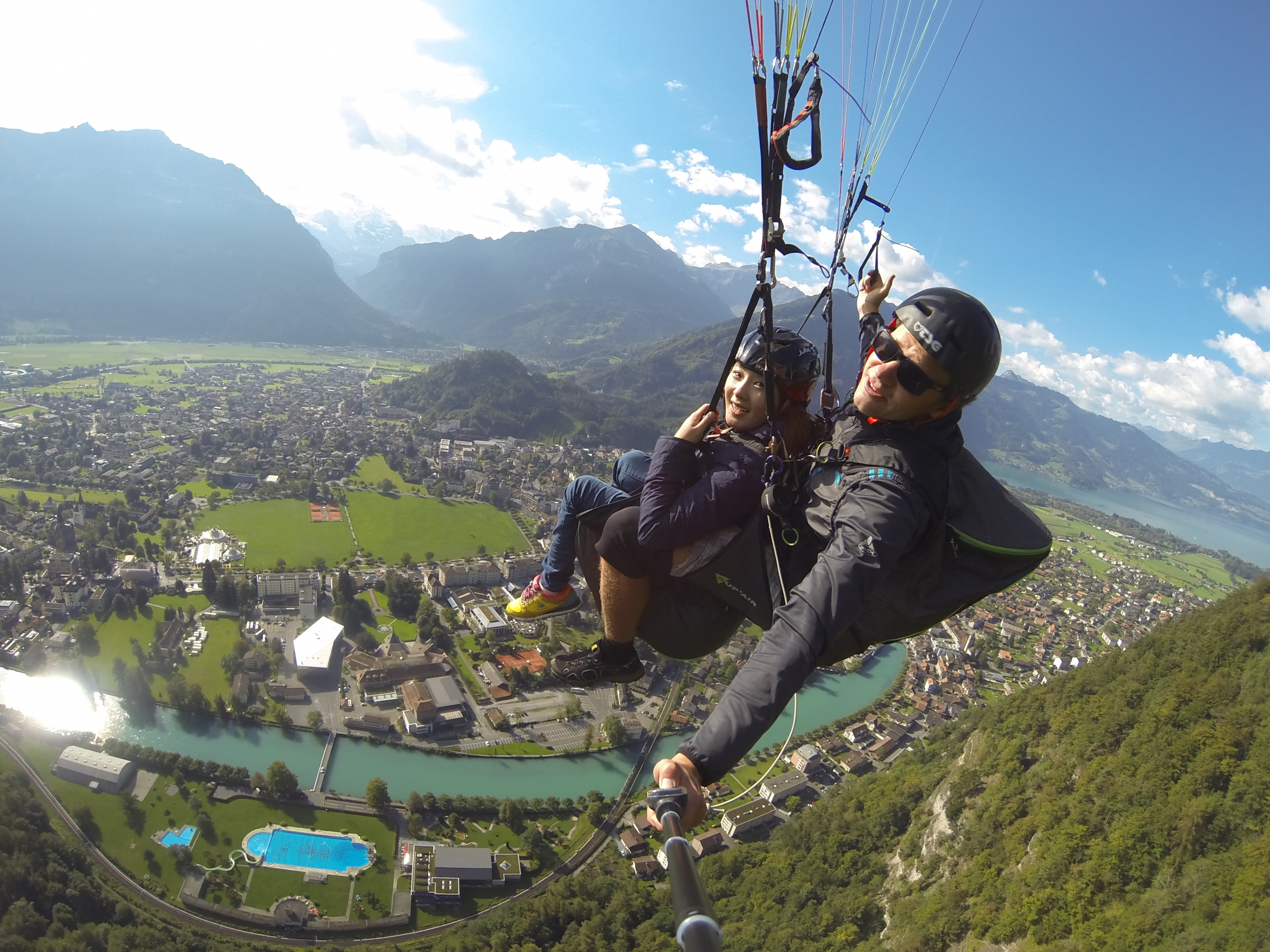 In her book “Europe: There’s No Reason Not to Go,” Hong Seo-yoon writes about accessible paragliding in Switzerland.

These improvements coincide with a shift toward greater “inclusion and equality” for people with disabilities that’s only come about since the early 2000s, according to Hong.

A generation ago, a person with a physical or intellectual difference might have been “a  shame to their family,” she said, theorizing this attitude was a consequence of South Korea’s postwar trauma that placed economic growth and competition paramount to other concerns.

The Korean War in the early 1950s left the South in ruin and poverty. In 2007, South Korea passed the Disability Anti-Discrimination Act, but Hong believes some people still hold onto old biases.

“They still think that disabled people are very pitiful, very sad,” she said.

Her own experience facing physical and social obstacles underlie her advocacy.

When Hong was 10 years old, she suffered a spinal cord injury during a swimming pool accident that paralyzed her from the waist down. At that time, “Korea wasn’t accessible at all” for wheelchair users, she said.

She recalls her brother pushing her alongside cars in the street since there were no sidewalk curb cuts in her provincial hometown. Hong says she also faced discrimination when her parents were told to send her to a distant institution for people with disabilities because there wasn’t an elevator in the local, four-story grade school.

Her family instead moved to the Philippines, where a nurturing teacher told Hong that “being disabled was not abnormal,” she said.

When she returned to South Korea to attend the university, Hong had learned to stand up for herself. She got a taste for activism when her school's administration refused to relocate a class to the ground floor. Hong fought back and won — the class was moved.

International travel started off as a pastime, and over the years, it became her passion. Off the top of her head, Hong says she’s visited over 30 countries. But she still faces pushback.

Her book idea was rejected by two publishers that told her “no one would read about disability stories,” she said. “It really hurt me.”

After promising to buy any unsold copies, Hong convinced the company Saenggak Bi Haeng in 2016 to take a chance with her book. But, she did not have to live up to her end of the deal — all 3,000 copies sold out, and now, the title is in a second-print run.

Hong says it wasn’t just nondisabled readers that learned about what’s available for travelers with disabilities. 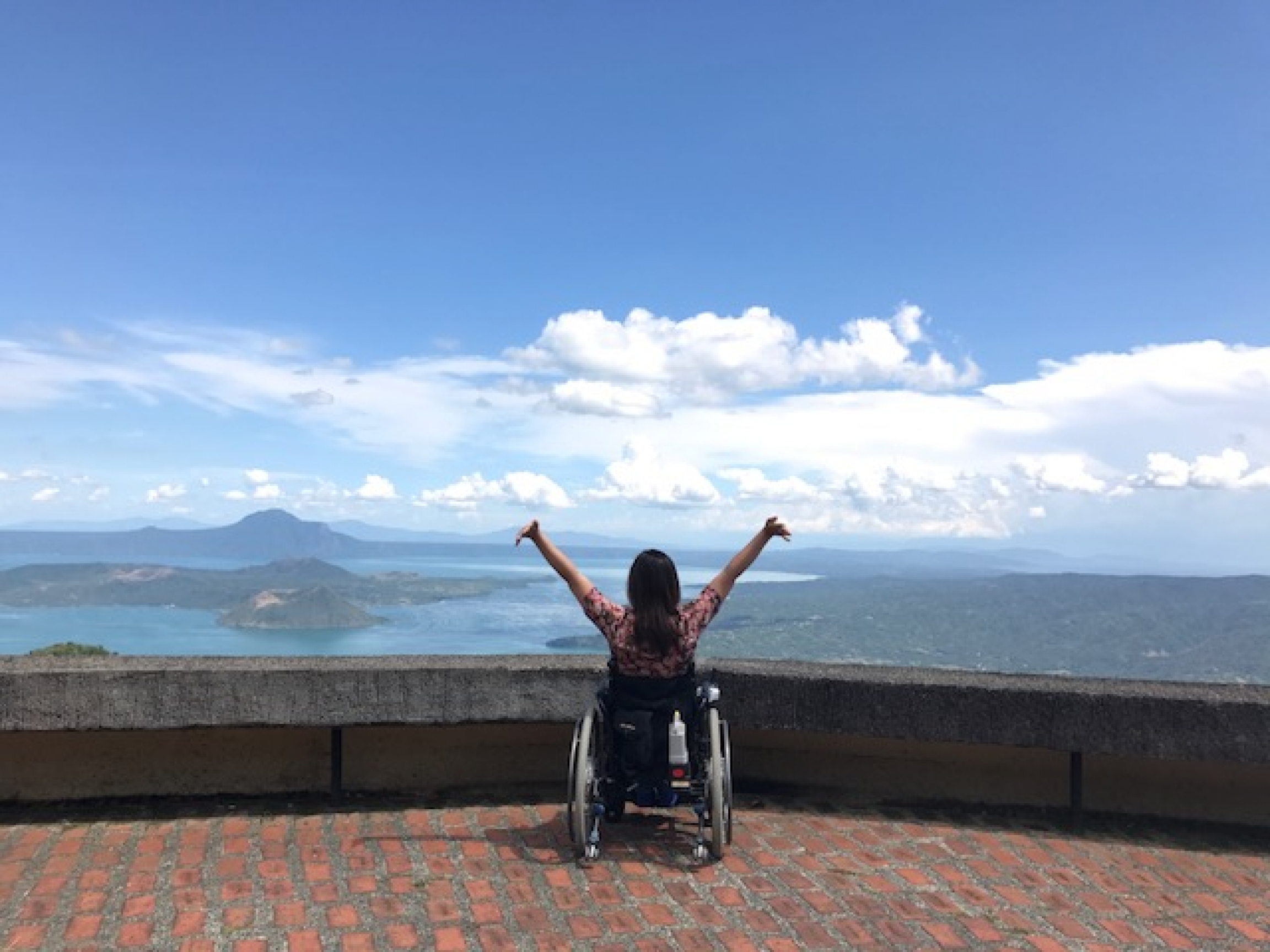 Hong Seo-yoon is a South Korean advocate for accessible tourism.

Some wheelchair users send her messages asking how they can do the same activities as she did during her world travels — like paragliding in Switzerland.

“They never thought that a disabled person can do that kind of sport.”

“They never thought that a disabled person can do that kind of sport,” she said.

Hong adds that she tells them they don’t have to go all the way to Europe to try accessible paragliding. It’s now available in Korea.

She believes travel and tourism are ways people with disabilities and the nondisabled can connect with each other and help nondisabled people overcome their biases.