Since the killing of George Floyd in Minnesota, the world has been reckoning with pernicious racist symbols across all aspects of life. Statues have been toppled. Executives have been stripped of their titles.

This week, the calls for racial equity have come to sports.

In a tweet Monday, the city of Washington’s NFL team released a statement on Twitter announcing it will be retiring their name and logo. It’s a demand that Indigenous activists have been raising for years, as the team’s name contains a racial slur.

Related: If Washington's team name is racist, what about Edmonton?

Tristan Ahtone, president of the Native American Journalists Association and member of the Kiowa Tribe of Oklahoma, says there are a number of reasons why it is important to retire the name from all conversations.

“One of the most obvious ones is that it’s just unethical to be using a racial slur. ... And no matter what Indigenous organizations, tribal nations, et cetera say about this topic, non-Indigenous people don’t seem to want to listen.”

“One of the most obvious ones is that it’s just unethical to be using a racial slur,” Ahtone said Monday. “As an Indigenous person, it’s hurtful. And no matter what Indigenous organizations, tribal nations, etc. say about this topic, non-Indigenous people don’t seem to want to listen.”

Ahtone says the Washington team’s announcement and decision to retire its name is important, though he is skeptical about the team’s motivations.

“The area that frustrates me is that … we’re seeing this change happen because there’s been financial pressure,” he said. “It’s not — definitely not out of the goodness of their heart.”

Financial pressure fell on Washington’s NFL team as sponsors including FedEx, PepsiCo, Nike and Bank of America said they would cut ties with the team if it didn’t replace its name. 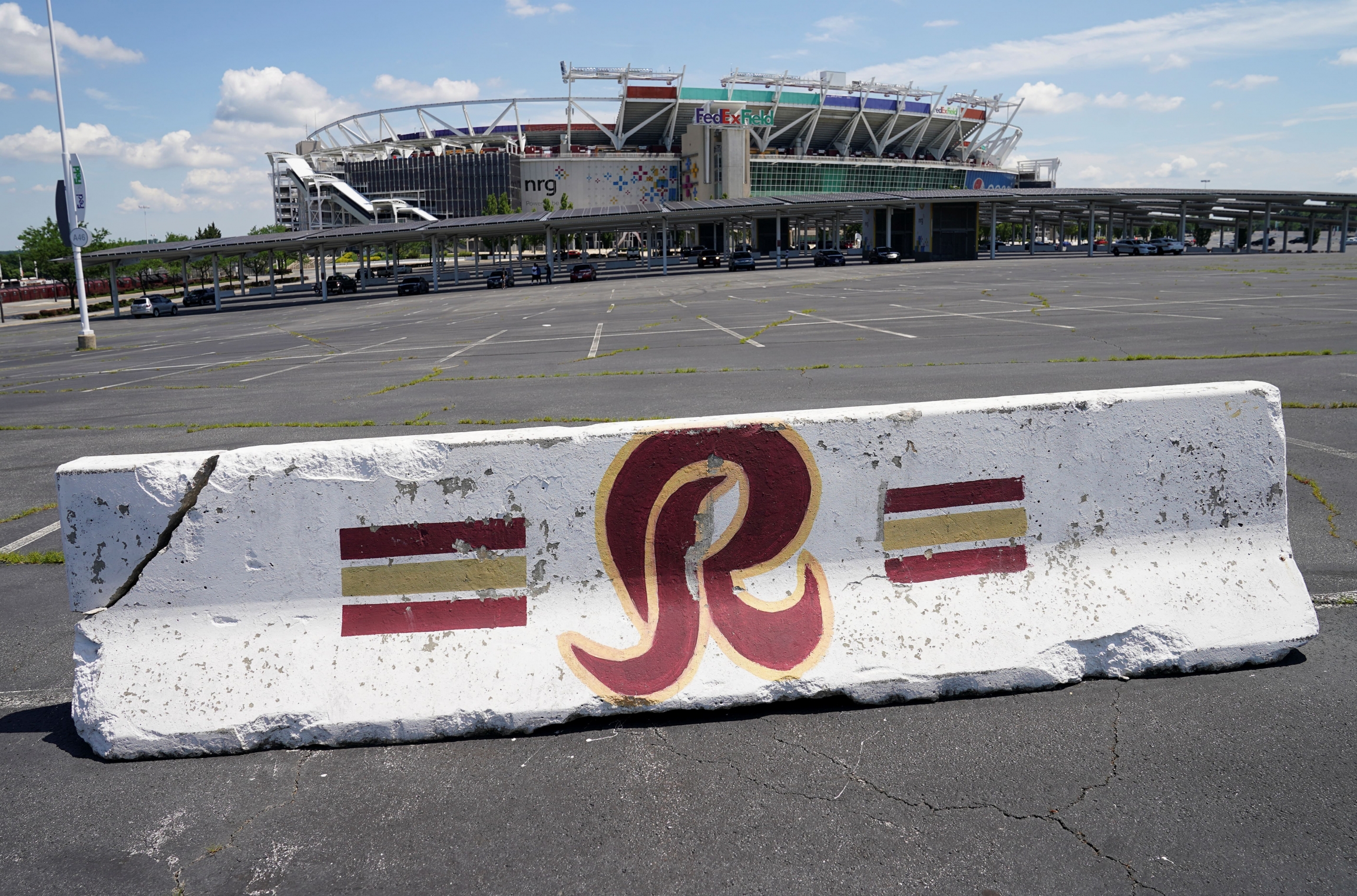 A Washington NFL team-themed barricade is seen in the parking lot outside FedEx Field after the team announced it will abandon its controversial team name and logo that contains a racial slur, Landover, Maryland, July 13, 2020.

And money talks in Canada. Two sponsors of the Edmonton Eskimos football team say they want their team’s name changed, too. In response, the team’s leadership promised last week to expedite a review of the name, with an update expected by the end of July.

“This is a discussion and a reflection that the city of Edmonton certainly needs to undertake,” Prime Minister Trudeau said at a 2017 press conference. “Reconciliation is not just about Indigenous people and the government. It's about all of us Canadians, non-Indigenous as well."

The discussion is also taking place in the UK around The Exeter Chiefs rugby club, whose logo is an image of a Native American chief in a headdress. In the past two weeks, nearly 3,000 people have signed a petition organized by the campaign “Exeter Chiefs for Change.” A spokesperson for the campaign said they’re asking for an overhaul of the team’s imagery.

“...They have a mascot of a Native American man carrying a Tomahawk and wearing a headdress,” the spokesperson said on behalf of the campaign. She explained how this logo and theme appears everywhere in bars and sports grounds: “You’ve got, like, the teepee hut and things like that. So it’s very much ingrained in their branding.”

Exeter Chiefs for Change’s spokesperson echoed Ahtone’s sentiment regarding the importance of not using Washington’s original name in reporting the story.

“When we talk about the Washington NFL team, everybody knows who the Washington NFL team is without having to use the R-word,” she said. “There have been incidences where people have taken old episodes off of television for use of blackface. Or they have muted out people using the N-word in episodes. And that’s the stage that we need to get to with the R-word.”

The Exeter spokesperson says she’s not expecting their team to change anytime soon, but she thinks Washington’s announcement Monday could provide momentum and set a precedent for an international movement.

“...The fact that they have now changed… I think people now may go, ‘Oh, well, if Washington has finally decided to do it, maybe it’s time for the rest of us to do it',” she said.

Washington’s NFL team has not yet announced their new name because, for now, the name is reportedly tied up in a trademark conflict. Ahtone says he’s waiting for that information before considering Monday’s announcement as a victory.

“...Until we actually see what that replacement is, I think it’s probably too early to celebrate,” Ahtone said. “The team still could come back with native-themed imagery."

In the meantime, the team continues to use its original name. Monday’s announcement was released on unchanged letterhead from the team's official Twitter account, whose handle includes the racial slur.