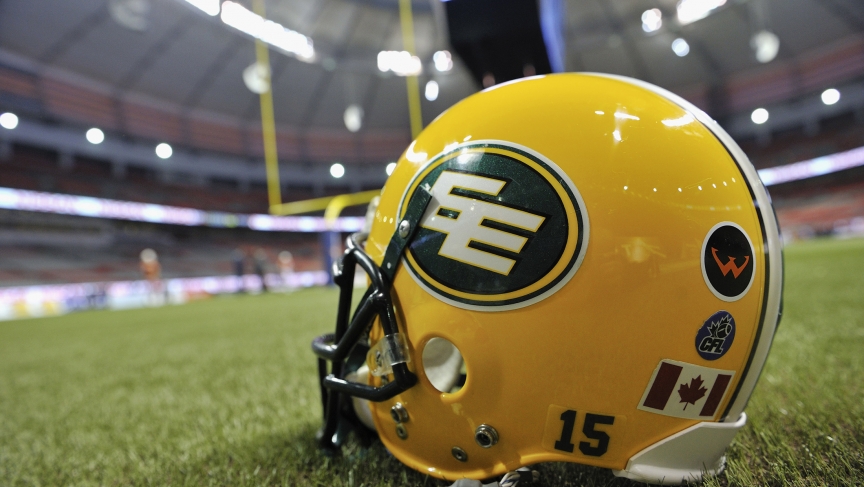 The Edmonton Eskimos of the Canadian Football League are in the spotlight for their nickname, which critics liken to the Washington Redskins.

In Washington, a battle is raging over the use of the word "redskin." But in Canada, that battle has already been fought.

Last year, Ian Campeau filed a human rights complaint against a minor-league football team called the Nepean Redskins. Campeau is a hip hop artist with the band A Tribe Called Red and a member of the Ojibway tribe.

“It's completely racist,” Campeau told the CBC last year. “You’re calling a demographic of people a slur — a word that is dictionary-defined as racist and marginalizing by skin color. It doesn't get more racist than that.”

The team agreed to change its name. When they took the field this year, it was as the Nepean Eagles. Now many Canadian activists would like to see another team name retired — the Edmonton Eskimos.

(In the interest of full disclosure, I should say that I'm part Native American, though I'm not an Atlanta Brave or a Chicago Blackhawk - or even a Cleveland Indian. My grandmother was from the Tsleil-Waututh Nation in Western Canada. But Tsleil-Waututh is a bit wordy for a baseball jersey.)

A lot of people think the term "Eskimo" is offensive; it's mostly been replaced by "Inuit," which simply means "the people" in one of Canada's native languages.

Daniel Johnson is a native studies researcher in Edmonton who would like to see the name changed.

“I don't really buy the argument that the team names are a great tradition or the team names are honoring indigenous people,” Johnson says. “I think when you have large numbers of people, both indigenous and non-indigenous, asking for the name to be changed, I think you know where opinion is going on that.”

In the US, pressure to change the Washington Redskins name came all the way from the top. President Barack Obama said last year that he would think about changing the name if he owned the team.

There hasn't been that kind of outcry over the Eskimos, but the team downplays the use of the word. They don't have images of Eskimos wearing parkas on their gear, and there's no local version of the Braves' Tomahawk Chop or Cleveland's grinning Chief Wahoo.

But the team's owners still say they don't feel any pressure to change the name. For now, it seems unlikely that they'll be called the Edmonton Inuit any time soon.