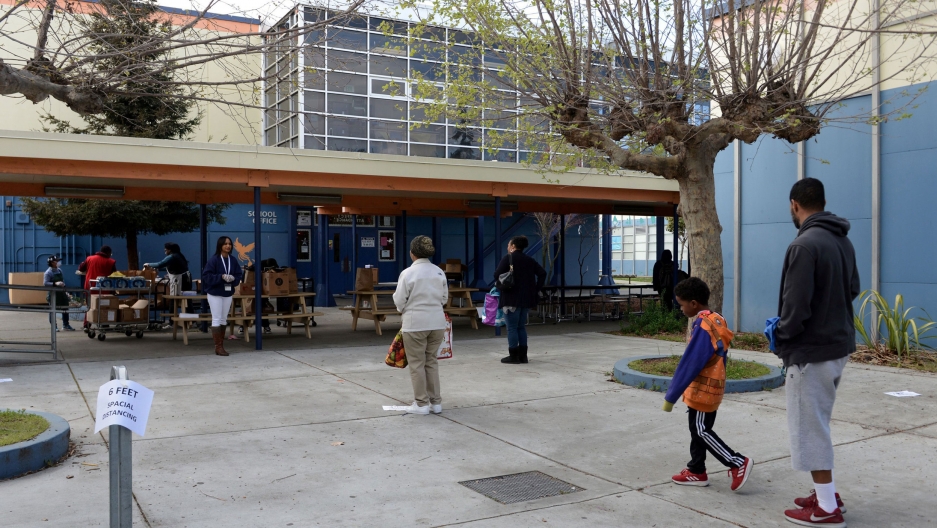 It’s that time of year when educators and parents worry about what has been described as the “perennial crisis of summer slide” — a decline in reading, math and other academic skills that students typically experience over the long summer break. But this summer is unlike any other in recent history, since children have already lost months of learning due to school closures during the COVID-19 crisis.

Research shows that remote education efforts, hurriedly introduced across the country back in March for more than 50 million K-12 students, have not measured up, and many students have fallen behind.

The findings from the Center on Reinventing Public Education (CRPE) come as no surprise to Brianna Meisser, a 16-year-old high school student from Weare, New Hampshire.

Although she commended her teachers for trying to make the best of a difficult situation, Meisser said, “the overall educational quality was lower” with distance learning.

“Teachers in some cases had to cut as much as half the content out of the courses just to be able to fit it into this more constrained time frame,” she said. And engineering and lab-heavy classes such as chemistry did not work well at all, she explained.

A report from the consulting group McKinsey & Company predicts that learning losses from America’s vast educational experiment will be experienced most acutely by low-income, Black and Hispanic students, worsening student-achievement gaps that existed before the pandemic.

Related: This Latina teen says the pandemic will mark her generation and vote

Rural students have faced unique challenges too. According to the CRPE, only 27% of rural and small-town school districts expected teachers to provide any instruction to students during the pandemic, compared to more than 50% of urban districts.

Access to reliable internet service at home, a computer, parental help and real-time instruction from teachers have all been factors that have impacted the quality of remote learning.

Jenna Ruiz and her 6-year-old son Owen, who live in a rural area not far from Flint, Michigan, have felt the effects of a digital divide with online learning. Ruiz said that streaming educational videos for her son has been a struggle because her internet service frequently drops out. Owen’s teacher was not able to host Zoom calls for his class because she “has bad internet too,” Owen explained.

Jenna Maker, a rising senior at Northern Cass School in Hunter, North Dakota, said her district went to great lengths to help all its students succeed.

“If we didn’t have internet then the school either tried their hardest to provide you with internet, or you got your homework by [the school] bus,” she explained.

Related: South Korean high school seniors are eager to return to the classroom

While Maker enjoyed sleeping late in the mornings and doing her homework whenever she wanted, remote learning was a very different experience from being at school.

“I would say the relationship part of it and not being able to physically interact with everybody every day was very weird and threw me off quite a bit,” she said.

The burden placed on parents has also been stressful, according to Kristin Behm, the mother of a first grader at Northern Cass.

“I work from home, but my children are usually at school or daycare. Having them home with me every day was hard. I had to help Dawson with schoolwork, keep our 4-year-old entertained and out of trouble, and also get my work done,” she explained over email.

“I ended up working a lot of early mornings and evenings once the kids went to bed. I was one of the lucky ones because my job is flexible and I could work whenever I can,” she added.

Parents who were considered essential workers during the pandemic had to scramble to get emergency childcare from caregivers who were not always capable of assisting with online school work.

One of the saddest consequences of remote learning for Dana Goldstein, a national correspondent for The New York Times who primarily covers education, was what she describes as “the lost kids” — students from mostly mixed-income districts and big cities such as NY and LA whom teachers and administrators failed to reach, she said.

“They are not in touch with their school at all. They have not participated at all in what’s being provided. And the school has called and written and emailed and they are out of touch … those are the kids who are going to fall the most behind,” she explained.

Goldstein is also concerned that the extra work and money that is needed to get school buildings ready and in compliance with health requirements for potentially reopening in the fall — not to mention the likelihood of budget cuts — could lead to a lost opportunity.

The summer could be a time that school districts use to ramp up standards for distance learning and better address inequalities, particularly given the possibility that schools could face future closures, staggered schedules and more remote teaching during the next school year, she said. The question is — will they? The answer could have lifelong consequences for lots of students.