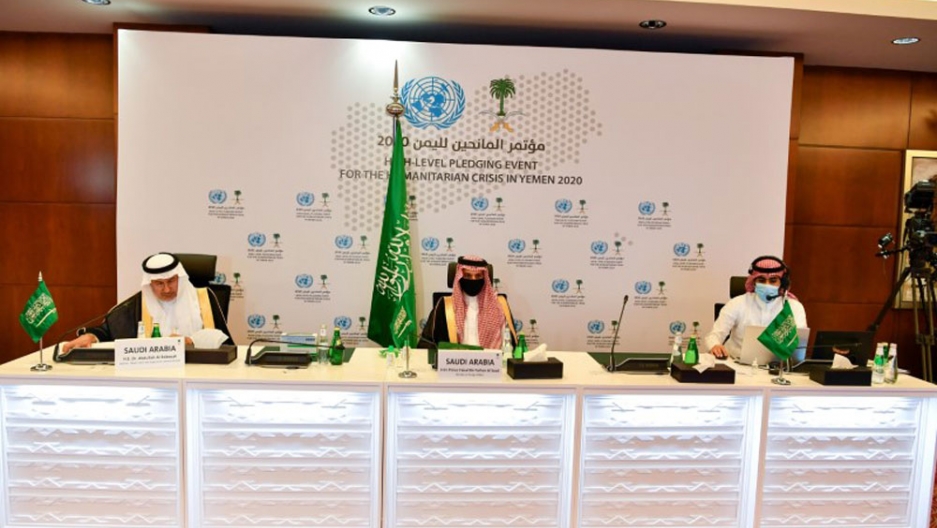 The United Nations and Saudi Arabia host a viritual pledging drive on Tuesday for war-ravaged Yemen to help raise $2.4 billion as the country is at risk of a widespread coronavirus outbreak.

The conflict between a Saudi-led coalition and the Iran-aligned Houthi group has left 80% of Yemen's population reliant on aid. The country now faces the spread of the novel coronavirus among an acutely malnourished people.

"Anything below $1.6 billion and the operation will be facing catastrophic cutbacks," Lise Grande, UN Humanitarian Coordinator for Yemen, told Reuters just days prior to the conference.

"We won't be able to provide the food people need to survive, or the health care they need or the water or sanitation or the nutrition support which helps to keep 2 million malnourished children from dying," she said.

The UN-coordinated humanitarian plan received $3.2 billion last year, but so far in 2020 has only secured $474 million, aid chief Mark Lowcock said on Thursday, adding that most agencies are weeks away from being broke.

Lowcock, asked about Saudi Arabia co-hosting the event, said Riyadh was a large donor and the UN would continue to call out warring parties on actions "they should not be doing."

Some $180 million of required funding is needed to combat coronavirus in a country with shattered health systems and inadequate testing capabilities.

"Yemen is at a precipice. All indications point to COVID19 spreading fast and wide across the country, overwhelming the health system," pledge organisers said in a statement on Tuesday.

Yemen has been mired in violence since the Houthis ousted the Saudi-backed government from the capital, Sanaa, in late 2014, prompting the coalition to intervene a few months later.

Donors had cut funding to Houthi-held areas over concerns the group is hindering aid delivery, a charge it denies.

Grande said several issues had now been addressed by Houthi authorities, including waiving a 2% tax on aid operations, allowing needs assessments and providing the World Food Programme with approval to start a pilot on a biometric registration and verification system.