Life is funny, even when it isn’t. It’s a conundrum that confronts comedians every day.

Except right now, the challenge is a bit more complicated: A public health crisis. An economic crisis. And no live shows.

Related: A few ideas to replace the war metaphor for coronavirus

For bilingual comedians Joanna Hausmann and Joe Wong, there’s another challenge: Their audiences aren’t just in the United States.

They are two bilingual performers whose comedy is being reshaped by the events of this year.

Hausmann was raised in Venezuela and lives in New York. She’s known for a series of videos about differences between Latin American countries. She’s also a correspondent on Netflix’s “Bill Nye Saves the World.” Right before the pandemic struck New York City, she left for Massachusetts to stay with her parents, “isolated from any other human being other than my family.”

And so, her family has become the subject of her quarantine videos.

Hausmann actually can’t imagine going through the pandemic without having family around. In Latin America, it’s the norm.

“Back home in Venezuela, the people that are with the most amount of family members are doing the best. Those that are the most isolated are not doing so great.”

“Back home in Venezuela, the people that are with the most amount of family members are doing the best,” she said. “Those that are the most isolated are not doing so great.”

At her parents’ house, Hausmann doesn’t have the professional crew she normally works with. So, she’s enlisted her younger cousin who’s learning on the fly how to edit video. The realization that her work doesn’t need to be perfect has been liberating for her.

“There’s no reason why I shouldn't post that video that I shot on an iPhone,” she said. “Or that weird front-facing video of my mom yelling at me a hundred times in Spanish, ‘What am I doing?’”

Staying at home has been more of a challenge for Joe Wong. He’s mainly a stand-up comedian, feeding off live audiences. Recently, he appeared on “The Late Show With Stephen Colbert.”

Wong is a star not just here but in his native China, too, where he hosts a game show called, “Is it True?”

Related: Is the polyglot brain different? MIT researchers are trying to find out.

Wong was supposed to be recording a new season of “Is it True?” but it’s been postponed. Instead, he’s at home in Southern California. He has a 13-year-old, American-born son whom he’s trying to cook for.

“Kids are too honest,” Wong said of his son. “He's like, ‘Daddy, the chicken tastes like tofu.’ I'm like, what do you mean? That is tofu!”

“He's not happy with my cooking.”

Wong’s also doing some work online — Instagram Live, YouTube — but frankly, he isn’t doing much comedy. Instead, he’s using his platform to speak out against the recent spate of virus-related attacks on Asian Americans.

Wong’s new activism is rooted in his past experiences in the US, going back to his time as a graduate student in the 1990s.

“We had a foreign student adviser who told us the key to living in America is to be slow to take offense. Later on, I gradually realized that it was just a way to tell you not to speak up when you see something wrong.”

“We had a foreign student adviser who told us the key to living in America is to be slow to take offense,” Wong said. “Later on, I gradually realized that it was just a way to tell you not to speak up when you see something wrong.” 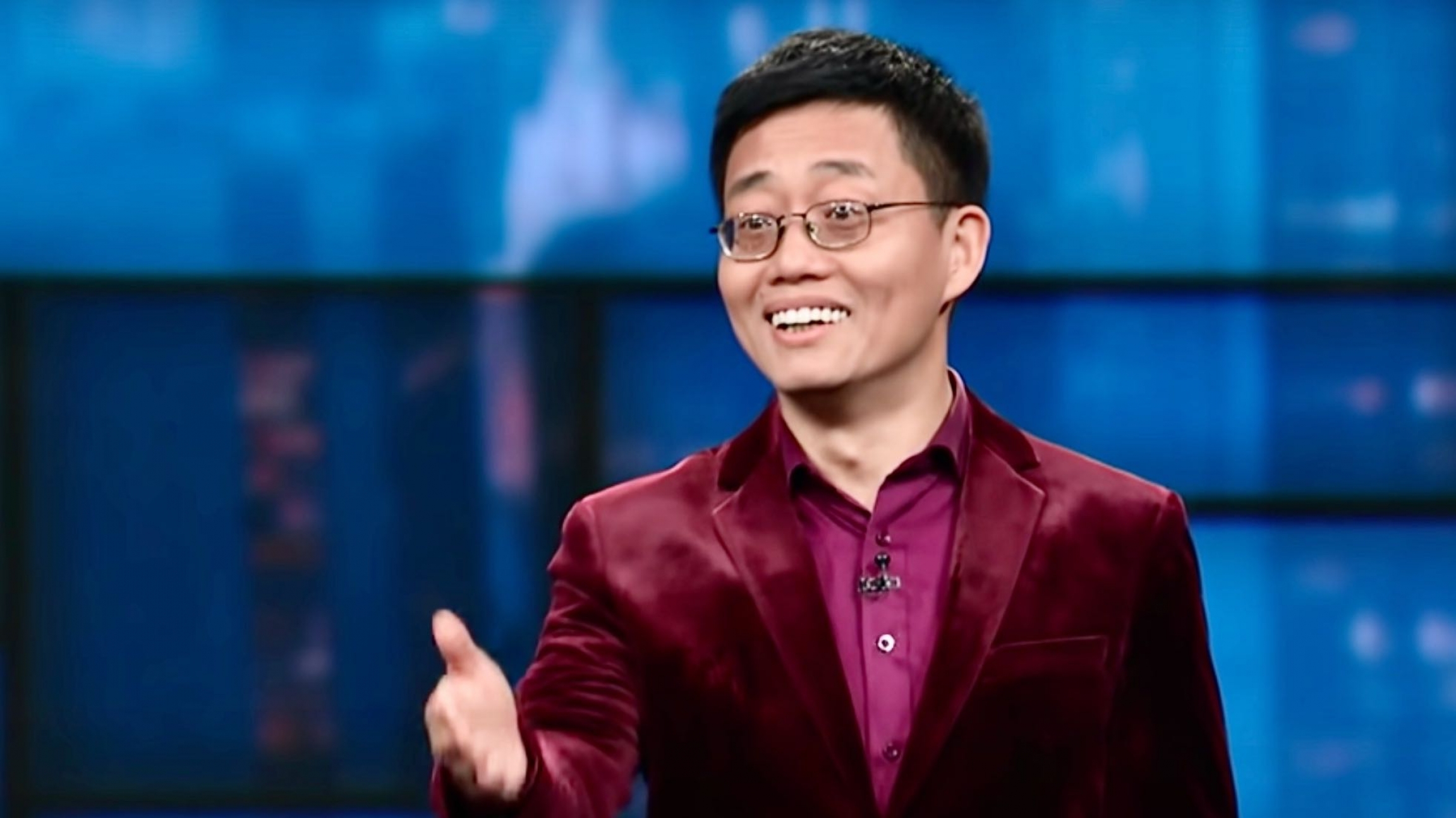 Chinese American stand-up comedian Joe Wong is taking up racism and other social issues in his comedy.

Screengrab of Joe Wong on "The Late Show With Stephen Colbert"

Wong is becoming a different kind comedian: confronting racial hypocrisy, willing to alienate some in his audience. During these months at home, that’s what he’s concluded he needs to do.

Wong’s quarantine introspection is something he shares with Hausmann.

“Maybe from this experience, you can look back on your life and find out exactly what you want to do next,” he said. “Try a new approach to your old task or your old career.”

Patrick Cox is with the language-themed podcast Subtitle, which is supported by the National Endowment for the Humanities.