Up in the mountains beyond China’s western frontier, there is an ethnic group that is legendary for keeping invaders out.

They are the Wa, a people governed by one of the world’s largest armed groups. The United Wa State Army (or UWSA) controls an area larger than Massachusetts that is home to more than half a million people.

Though technically inside Myanmar, they run what functions as an independent state with their own schools, roads and clinics. All of it is defended by 30,000 soldiers, men and women alike.

They aren’t rebels per se ― the UWSA is not trying to start its own country ― but Wa commanders do not like taking orders from outsiders. When officials from Myanmar want to visit, they are obliged to ask permission.

And they do. Because no one wants trouble with Wa troops.

Now, this armed group faces a new invader ― one that is both invisible and fearless: COVID-19.

Were the coronavirus to rip through Wa country, the results could be disastrous. The local population ― larger than that of Iceland or Belize ― depends on this armed group to keep the virus out.

The UWSA now appears to be taking the pandemic very seriously, declaring that stopping it is now their “most important” mission.

For a society cut off from much international aid, particularly help from Western countries, the infrastructure in Wa State towns is better than most would imagine. The roads are sturdy and wide, cellular towers pump out good signals and there are more clinics than ever before.

Still, many Wa live out in the hinterlands, far from decent medical help. So, the UWSA is hunkering down, according to a senior officer and other sources who asked not to be named.

The officer explained to The World that their remote territory is now mostly sealed off to visitors. Units are stepping up patrols, the official said, to catch anyone who might slip in. 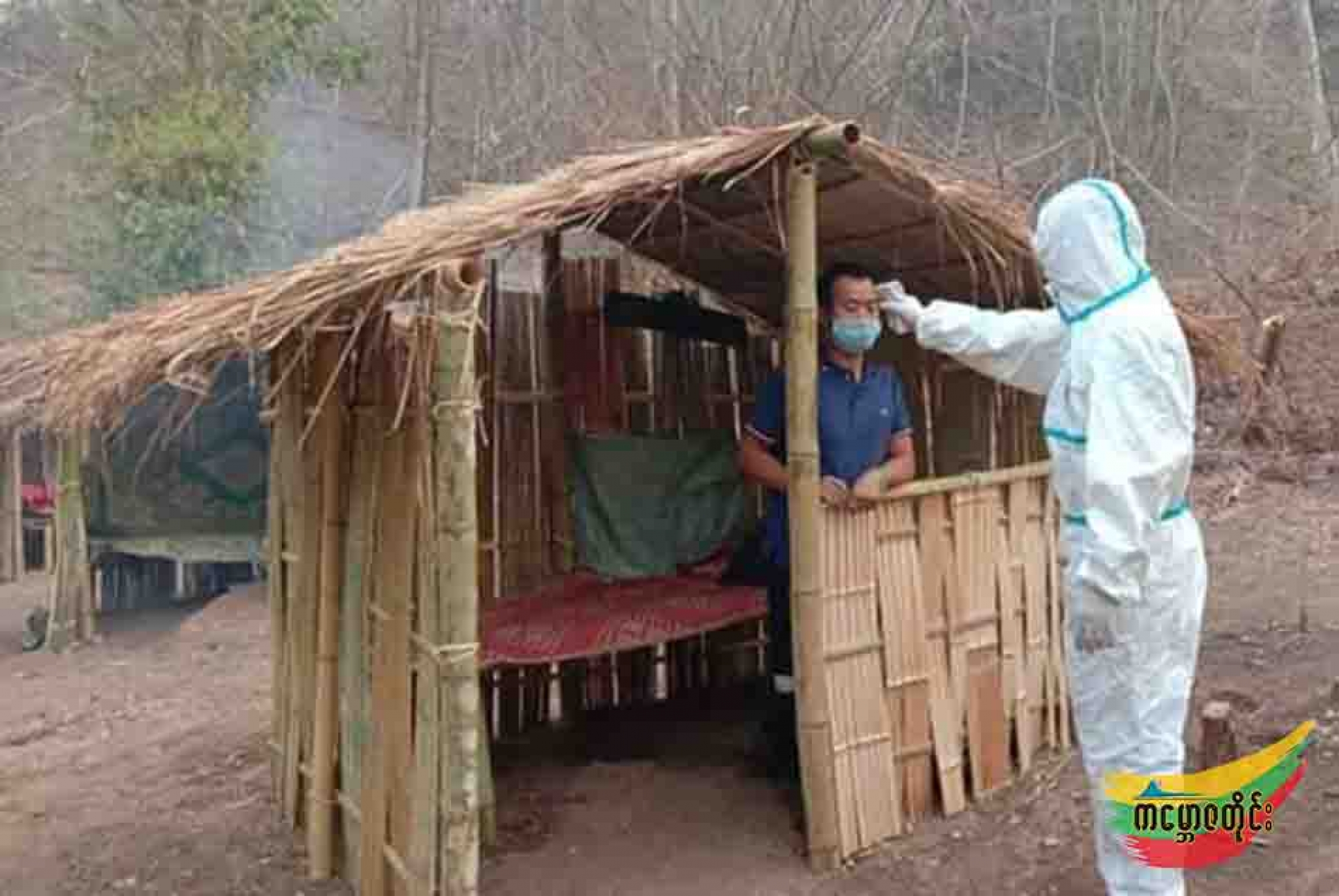 So far, there are no confirmed cases in Wa State, though it’s unclear if there has been much testing. Wa official documents say the “situation facing our state” is “complicated and severe.”

Related: Indians stranded in the US due to coronavirus face poverty, eviction

Authorities are mobilizing in force. Workers with tanks of disinfectant strapped to their backs are spraying down trucks that ply mountain roads. Masked workers, clad in white protective gear, stand at rural crossroads with thermometer guns. 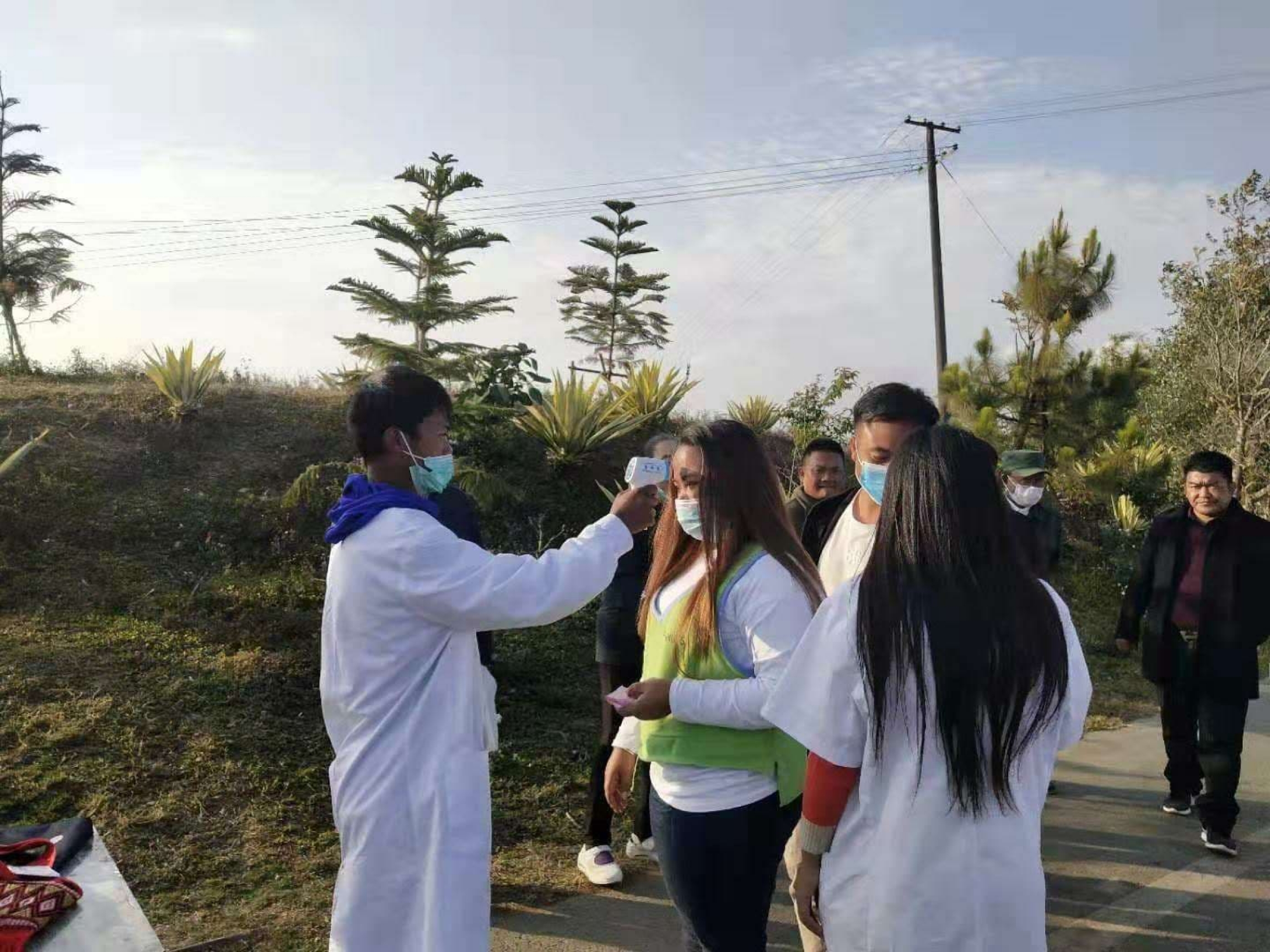 If anyone is strongly suspected of infection, the Wa officer said, they might be seen by a “Chinese medical team.”

Wa State is already deeply interlinked with China. Most Wa speak Chinese and use Chinese currency. Their mobile phones tap into Chinese networks.

Long before the pandemic, any Wa person with a severe illness and cash to spare would usually head down into the foothills, across the border, to seek treatment at a Chinese hospital.

Related: Policymakers rush to stave off economic collapse on the African continent

Chinese government assistance to Wa State during this pandemic will be substantial. A recent UWSA document explains that “the weakness of our state’s health facilities, including detection, diagnosis and treatment capacity, are far behind China’s current status.”

Officers are instructed to “maintain active communication with relevant medical institutions in China.”

The bond between Wa State and China is tight. Even as the outbreak was intensifying in the city of Wuhan, the pandemic’s original epicenter, Chinese leader Xi Jinping found time to visit a Wa township.

The village, located in a patch of China that was historically Wa territory, welcomed Xi with boisterous singing. He paid his respects, clapped along with singing Wa children and, in a photo op, prepared some snacks with Wa locals.

That was Jan. 20. Wuhan was locked down just three days later. The Wa village visit was one of Xi’s final public gatherings for a long while.

Though China’s lifeline is critical, the UWSA is more self-reliant than before. Its leaders promote a containment strategy that follows the path of other East Asian countries. In the words of one UWSA statement, they are pushing for “early detection, early reporting, early isolation and early treatment.”

The Wa officer who communicated with The World said their stockpile of masks and alcohol gel is healthy. Soldiers are ordered to clean their hands frequently. Weddings are banned, funerals must be “simplified” and huge parties are forbidden.

The UWSA is also promoting low-tech solutions, such as social distancing. Wa settlements are spaced far apart ― ideally inhibiting the spread of the coronavirus ― but inside towns and villages, people live in close proximity.

Wa culture is far more social than its fierce reputation implies. Lively village gatherings, in which rice alcohol is passed around in wooden mugs, have been a fixture of Wa life for centuries.

Before the outbreak, on social media, troops would upload footage of their fellow soldiers dancing at big outdoor concerts, some with assault rifles still slung over their shoulders.

That sort of fun is now forbidden in Wa State ― as it is in much of the world.

It’s unclear how long Wa lands will remain in virus-containment mode. But they may be better primed for survival than others.

Many Wa can still farm and hunt, and the elders remember the days before electricity. They’re certainly more independent than big-city dwellers, trapped in small apartments, relying on credit cards and delivery apps to put food in their stomachs.