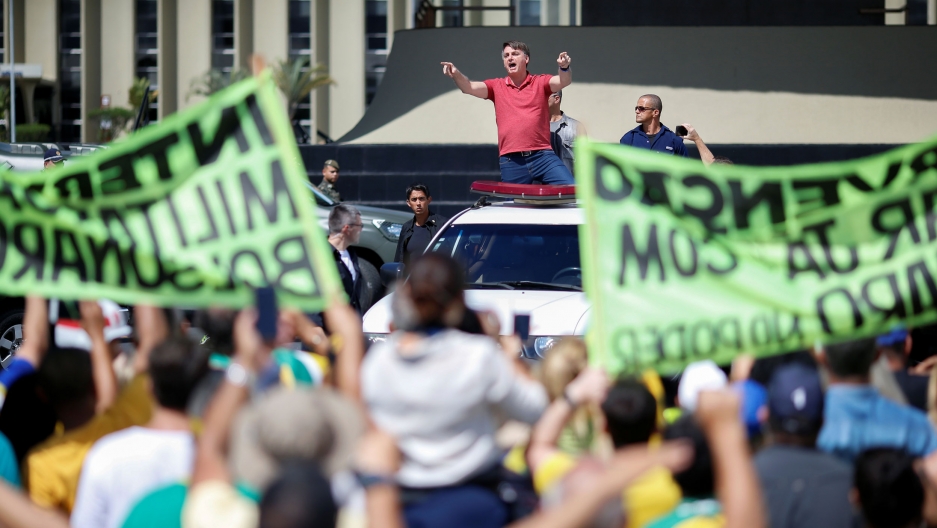 Brazil's President Jair Bolsonaro gestures as he speaks to his supporters, who were taking part in a motorcade to protest against quarantine and social distancing measures, amid the coronavirus disease (COVID-19) outbreak, in Brasilia, Brazil April 19, 2020.

In the US, demonstrations backed by conservative groups continued as Americans unhappy with stay-home orders and social distancing protested measures taken to reduce the spread of the novel coronavirus. Some say the virus is being used as a "scare tactic," at at least one protester carried a sign saying: "Give me liberty or give me COVID 19!" US President Donald Trump has praised the protesters and claimed US testing capacity is sufficient to reopen — though governors say that's "just delusional." Analysts say the demonstrations play into the president's blame game and reelection strategy.

And in Brazil, President Jair Bolsonaro joined protesters demonstrating against coronavirus-related lockdowns and calling for a military coup. While Bolsonaro is unlikely to literally push for a coup, analysts say he likely saw an opportunity to mobilize his base — not unlike Trump in the US.

And: How the coronavirus might upend the November US election

At least 17 people are dead after a gunman in small-town Nova Scotia, Canada, went on a shooting rampage and then killed himself. It is the worst mass shooting in Canada in some 30 years. Canada reformed its gun control laws after a 1989 mass shooting in Montreal when an anti-feminist killed 14 women and himself at Ecole Polytechnique college.

Policymakers rush to stave off economic collapse in Africa

Few industries on the African continent have been spared by the pandemic. The region is projected to experience its first recession in 25 years, according to the World Bank. Among the biggest challenges for Africa is the large scale of people employed in the informal sector.

And one scientist is recommending how Africa could avoid a pandemic-driven food crisis: Governments in Africa must act to keep small-scale farming and food supply chains uninterrupted.

And: Out of school, forced to fight: Children pay price for Sahel war

Some 1,600 nurses in Ontario cross the border every day to work in the US, but the pandemic could change that. As the number of novel coronavirus cases grows in Michigan, some officials in Ontario are calling for restrictions on where these nurses can work. "There has to be a better measure to contain the virus as much as possible," Dr. Wajid Ahmed, the chief medical officer in Windsor-Essex County, Ontario, told The World.

And in the UK, the health care system relies heavily on European migrants who earn less than 20,000 pounds on average. But with Brexit, many low-paid key workers may not be able to stay in Britain, even as they are cheered on by Britons weekly. "'I don't want clapping. I want the government to give me proper wages," one nurse said.

And: Coronavirus devastates Detroit police, from the chief on down

The illegal trade of protected species is a highly lucrative form of organized crime — with deadly consequences. In addition to threatening ecosystems and inciting violence, wildlife trafficking plays a key role in spreading diseases, including the novel coronavirus that is now sweeping across the world.

And: Warming climate in Norway reveals relics of ancient Viking trade route: Melting ice has receded from a mountain pass, unearthing pelts, shoes and stone structures from thousands of years ago.

Also: A 425-pound tiger living in a Harlem apartment? Yes, it happened.

Despite stay-at-home orders due to the coronavirus pandemic, five-time karate world champion Alexandra Recchia’s dedication to her sport remains the same. What is entirely different is her training setup at her Paris-area home.

“I am training at home, by myself and without a partner,” Recchia told The World. "My boyfriend doesn't really love karate. So he built me a kind of [training] partner with a lamp.”

But Recchia is just one of many professional athletes around the world who have come up with creative ways to continue their training.

Many Americans are spending the pandemic perfecting their homemade sourdough bread, but in Japan, people are making a long-forgotten cheese called “so.” The 1,000-year-old recipe became popular recently on Japanese social media as people stuck at home due to the coronavirus pandemic have extra time — and milk — on their hands. 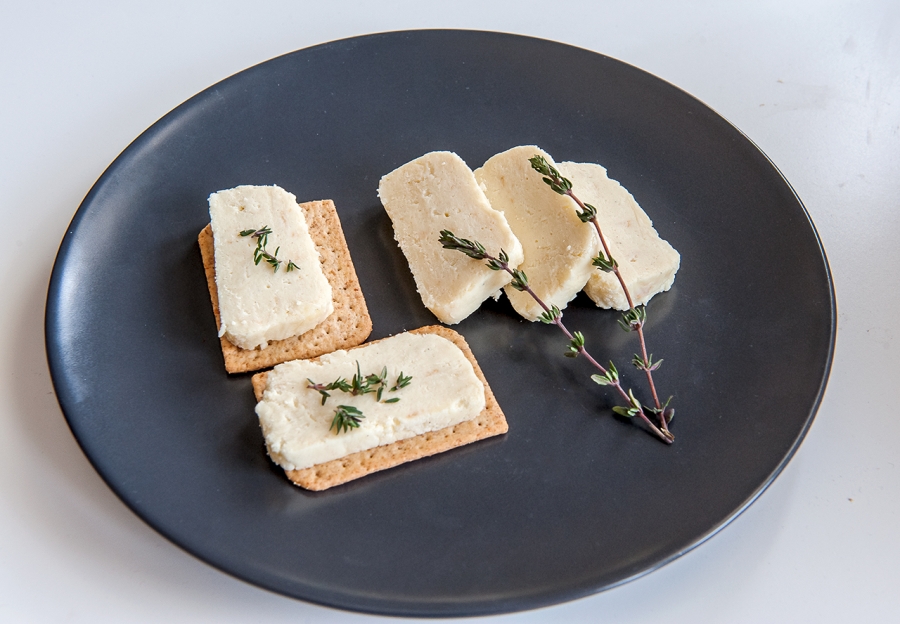 "So" is a 1,000-year-old Japanese cheese that recently became popular among people stuck at home due to the coronavirus. 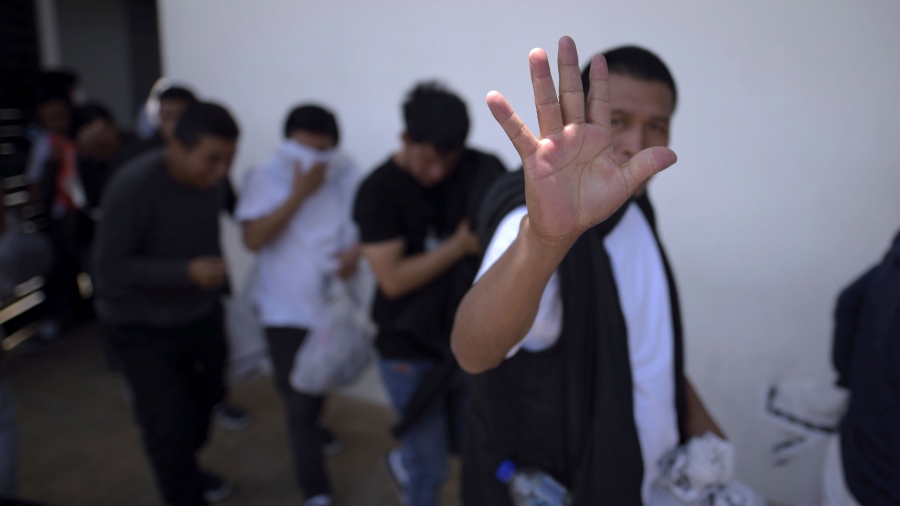 Guatemalan migrants walk toward a bus after being deported from the US outside La Aurora International Airport in Guatemala City, Guatemala, March 19, 2020.

Guatemalan government officials say at least 44 Guatemalan migrants who were deported on a flight from the US this week have tested positive for COVID-19. And, Google and Apple are working together to improve the technology for contact tracing in an effort to help counter the coronavirus outbreak. Also, around the world, coronavirus restrictions are forcing people to get creative in their kitchens. In Japan, this has led to the revival of a 1,000-year-old method for making cheese.