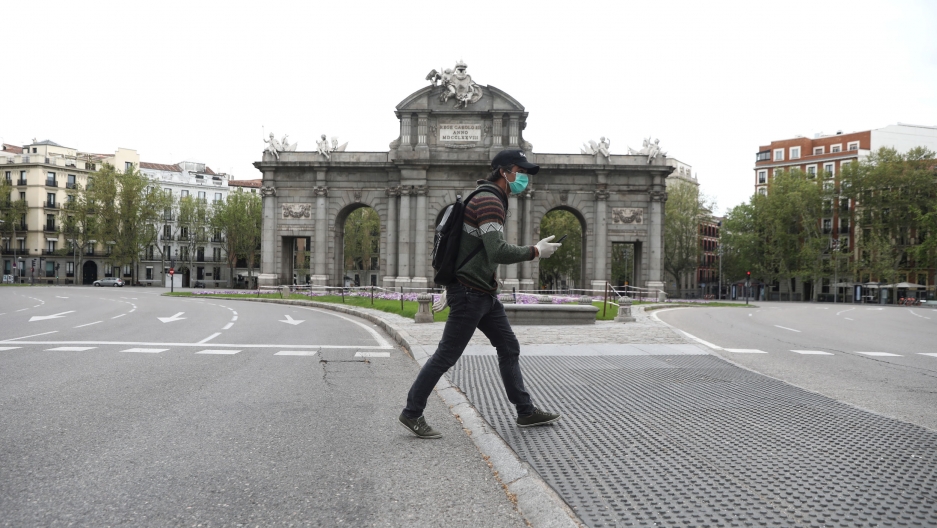 A man wearing a protective face mask and gloves walks past the empty landmark Alcala Gate, amid the coronavirus disease (COVID-19) outbreak in Madrid, Spain, April 9, 2020.

The Trump administration is requiring extra approvals for sending funds to the World Health Organization after US President Donald Trump threatened to cut off funding to the global agency earlier this week, Politico reports. Critics say the president is scapegoating the organization and warn that weakining the WHO in the midst of a pandemic could have deadly consequences.

Yemen has announced its first case of the novel coronavirus, prompting concern over the spread of the disease in the war-torn country.

Spain is seeing a slowdown in coronavirus deaths, an indication that lockdown measures are working. The country will roll out a universal basic income plan in response to the virus that the governing coalition hopes to make permanent. It would be a first for Europe over an extended period.

And: Decades of science denial related to climate change has led to denial of the coronavirus pandemic

Citing coronavirus and using emergency powers, the Trump administration has expelled around 10,000 migrants, sidestepping international law and turning away asylum-seekers en mass, including hundreds of unaccompanied minors. The only exception is for asylum-seekers who are able to convince border patrol agents they face torture in their home country, according to Customs and Border Patrol guidance obtained by ProPublica. But other categories of asylum-seekers are excluded. Meanwhile, the Trump administration has been soliciting immigrants to take jobs in health care and seasonal work, prompting pushback.

In the US and elsewhere, alcohol sales shot up as restaurants and bars closed to slow the outbreak. But in parts of Mexico, South Africa, Thailand and Greenland, government officials have banned sales of beer, wine and liquor in an attempt to limit social gatherings and temper alcohol-fueled domestic violence.

"We know lockdowns and quarantines are essential to suppressing COVID-19, but they can trap women with abusive partners," said UN Secretary-General António Guterres.

As pandemic disrupts US elections, states look for online alternatives

Several states — including Utah, Oregon and West Virginia — currently offer electronic ballot return options in federal elections. But they’re only available to select groups. The renewed interest in online voting is reigniting an old debate about the security risks that come with it, as some experts say online voting would make US elections even more vulnerable to hacking by foreign adversaries and other actors.

Also: 'Do-or-die moment' to boost vote-by-mail for November election. But the politics is getting harder.

And: Coronavirus is not just a tragedy. It’s an opportunity to build a better world.

It’s been more than 200 years since the first dinosaur fossils were scientifically described. Since then, those prehistoric giants have captivated people of all ages, inspiring statues, theme parks and, of course, a film franchise. But a fossil discovery in Montana may upend the way we discover dinosaur bones and who can own them to begin with.

It's an important time of year for many faiths celebrating important religious holidays this month. BBC has some tips on how to come together with friends and family while socially isolated. 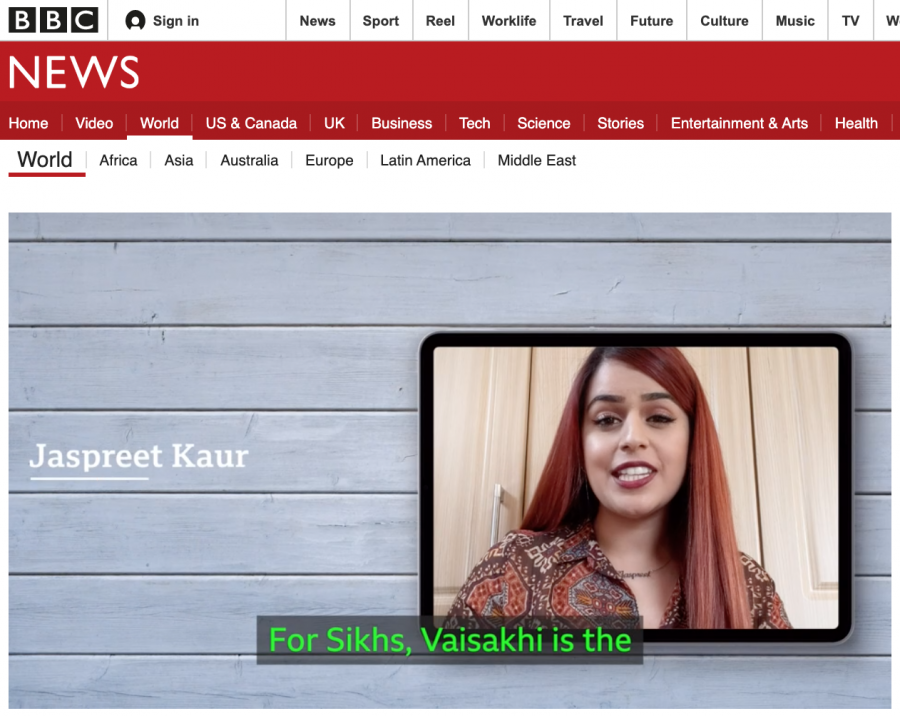 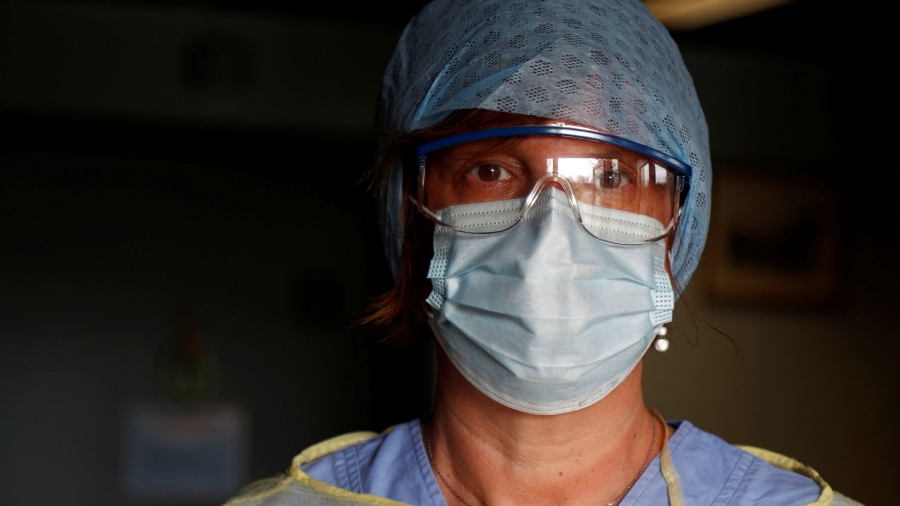 Belgian doctor Elisabeth Lenoir is shown with her protective gear before entering the room to treat a patient suffering from the coronavirus at a hospital near Arlon, Belgium, April 7, 2020.

US President Donald Trump is threatening to pull funding from the World Health Organization, accusing it of being too "China-centric." The WHO has cautioned against politicizing the coronavirus crisis. And, health care professional burnout has been a long-standing and overlooked issue in hospitals around the world, even before the coronavirus. Also, triathlete Mirinda Carfrae was in second place in a virtual race this week — until her husband accidentally tripped over the cord and unplugged her bike.