From 1910 to 1970, 6.6 million African Americans migrated from the rural south — a dramatic movement that would permanently change the social, political and cultural fabric of our nation. 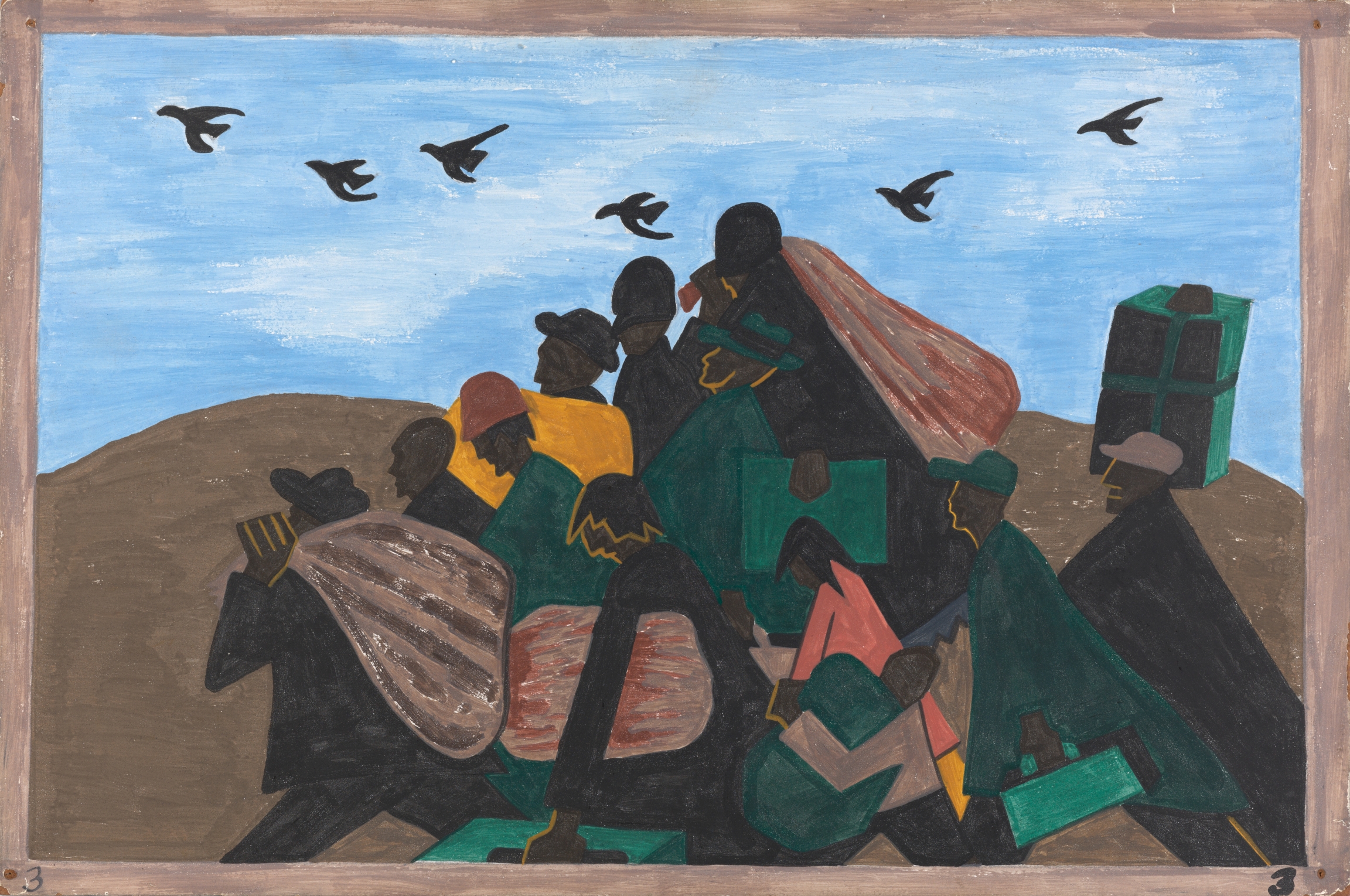 Jacob Lawrence, “The Migration Series, Panel no. 3: From every southern town migrants left by the hundreds to travel north.,” 1940–41. Casein tempera on hardboard, 12 x 18 in.

In 1941, Jacob Lawrence’s iconic series "The Migration of the Negro" (now generally referred to as "The Great Migration") rocked the art world with its depictions of an active moment very much underway — over the course of 60 panels, the hardships of the South, the disappointments of the North and the first steps of the Civil Rights movement are masterfully displayed. 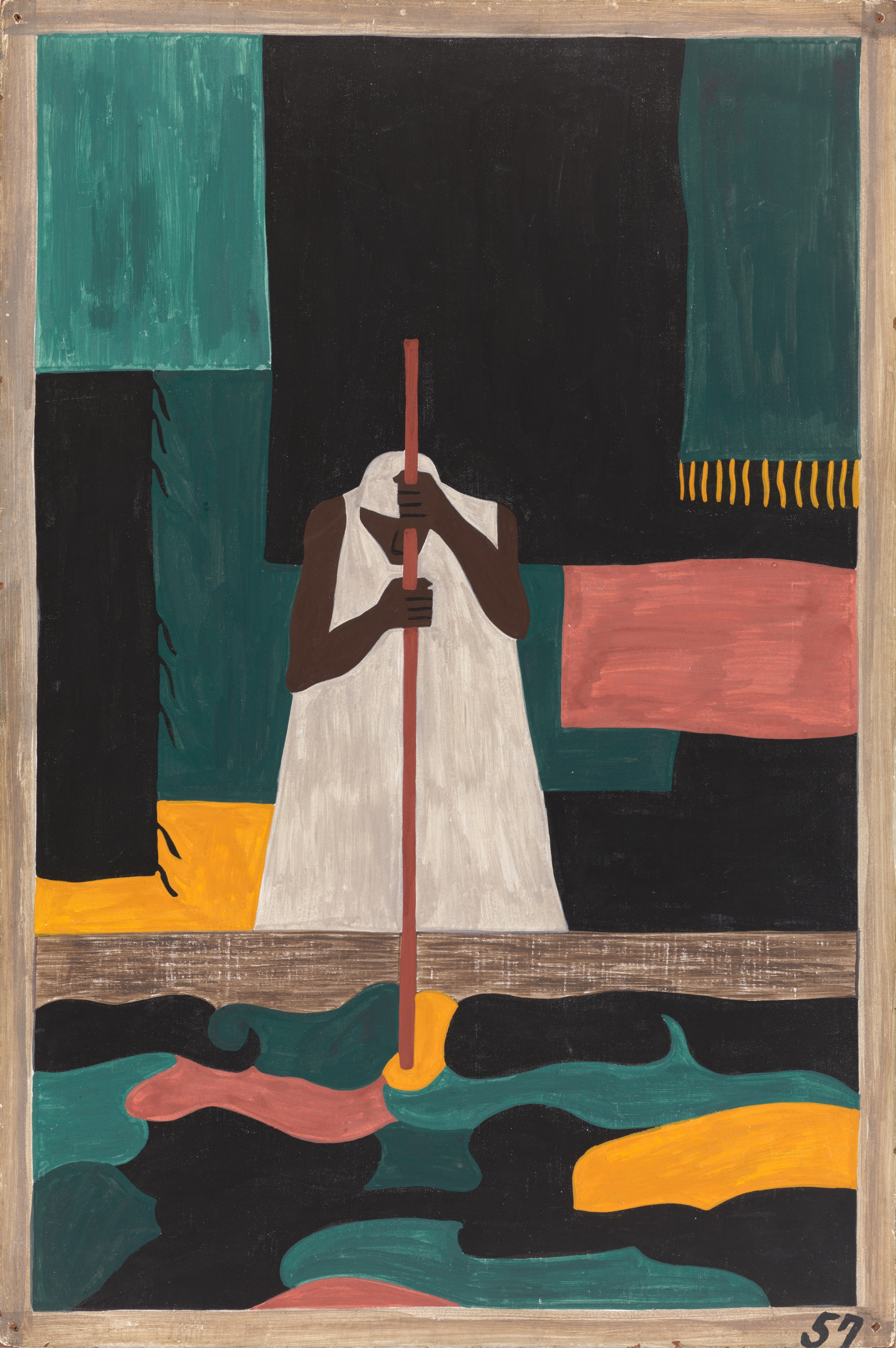 Lawrence is literally and figuratively looking at the big picture — his African American figures are often painted dark brown or black, without faces. The whites are often equally anonymous. It’s a leaderless mass movement brilliantly depicted in strong earth tones, sharp angles and artful compositions. The captions that accompany each panel are an integral part of the series, which made it one of the first modern artworks to incorporate text with images. 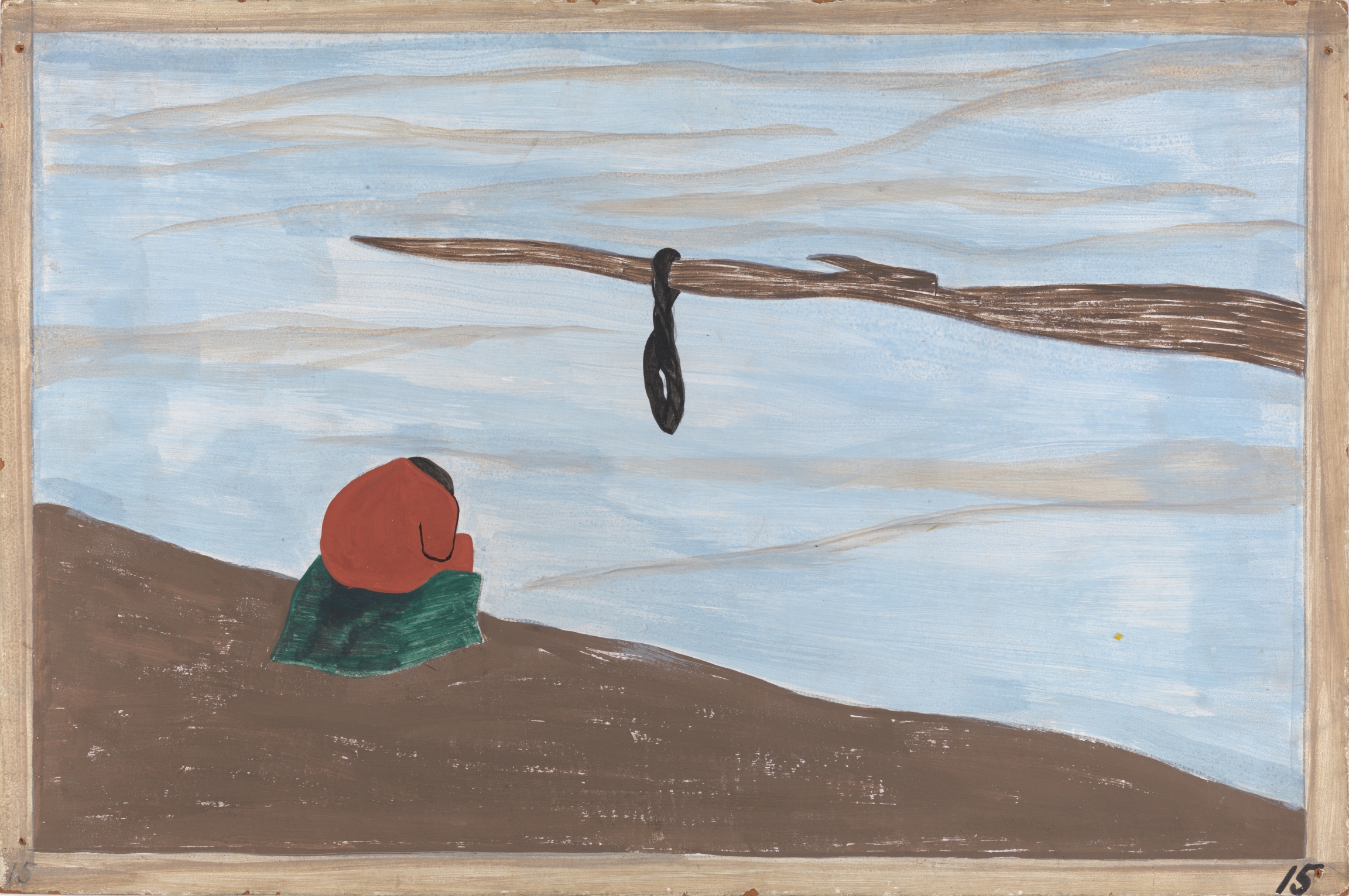 The story of the Great Migration, as told through Jacob Lawrence’s paintings, is the story of mass determination — a lasting testament to the notion that our country’s ideals – life, liberty & the pursuit of happiness – are perhaps most dutifully embodied by the lives of those positioned furthest from them. It’s also the story of a black artist whose commitment to himself allowed his art to weather the storms of criticism fad and tokenism. 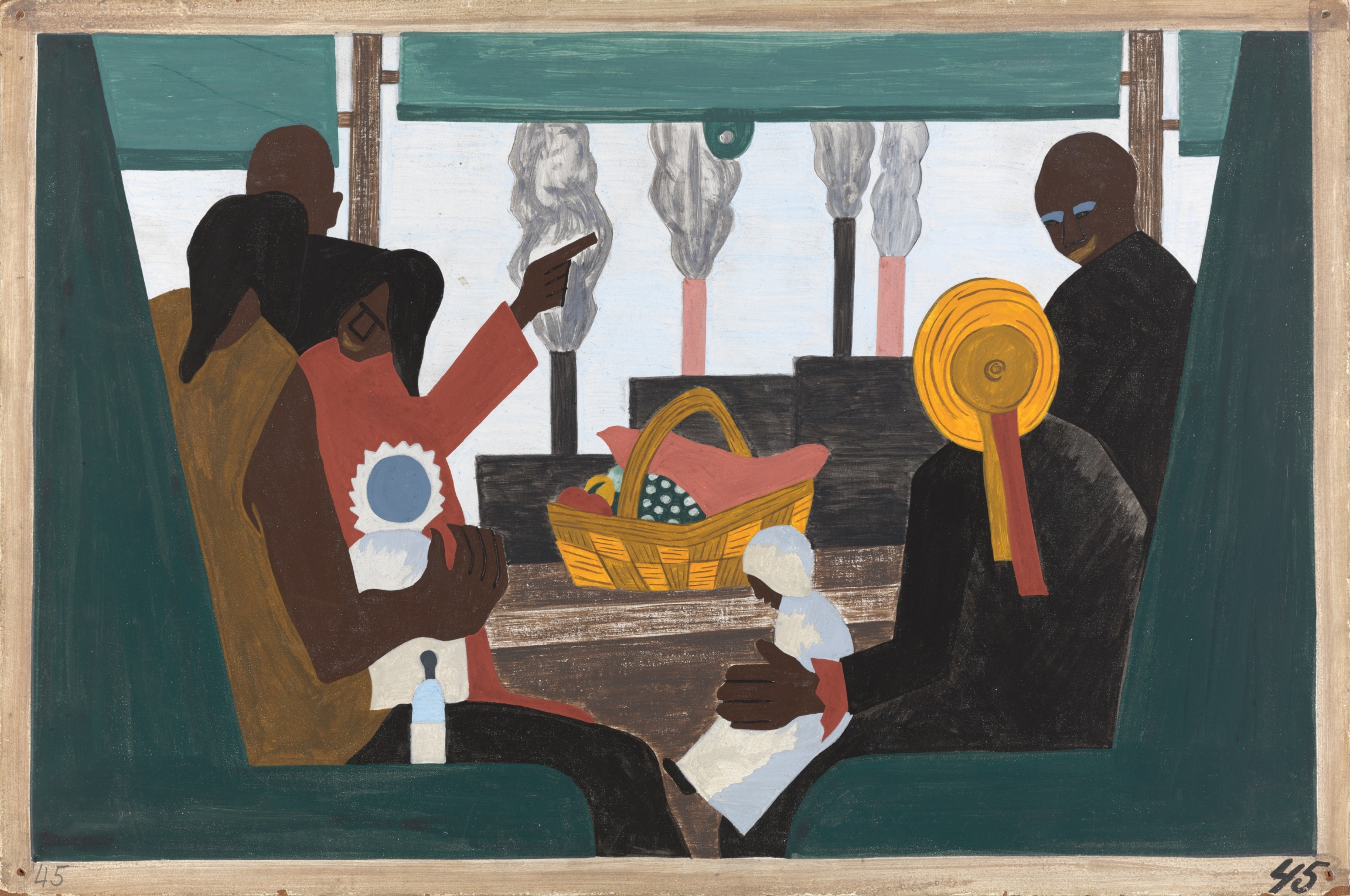 Jacob Lawrence, “The Migration Series, Panel no. 45: The migrants arrived in Pittsburgh, one of the great industrial centers of the North.,” 1940–41. Casein tempera on hardboard, 12 x 18 in.