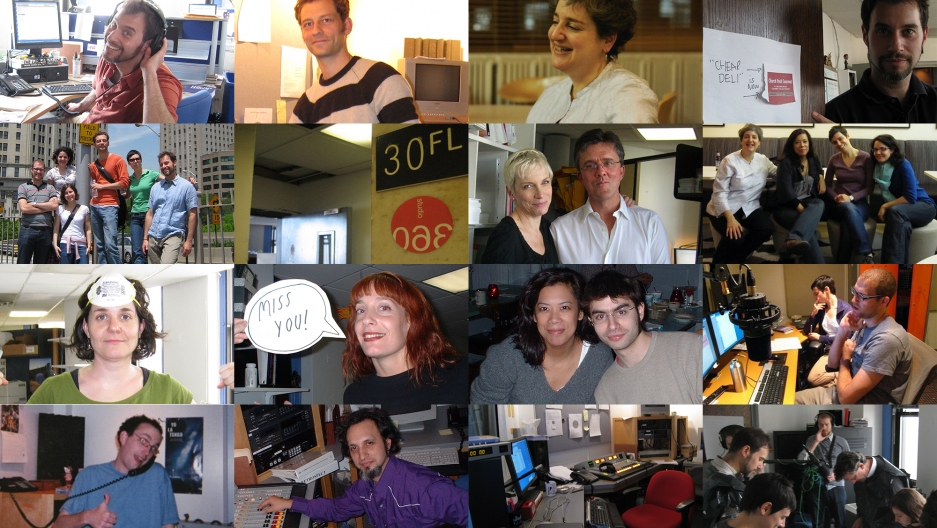 Studio 360 staff through the years.

Studio 360 broadcast its first episode on November 4, 2000, just before George W. Bush was elected as President and we all learned what a “hanging chad” was. Fittingly, that first program was an exploration of art and politics hosted by a newcomer to radio, author and journalist Kurt Andersen.

Originally produced out of public radio station WNYC, and most recently a Slate podcast, Studio 360 looks at the cool, but complicated, and sometimes strange ways that art touches our lives. Two decades later that mission hasn’t changed, even if the people making the show have. The show’s current Executive Producer Jocelyn Gonzales was a still-wet-behind-the-ears associate producer when the show debuted. As Studio 360 comes to a close after 20 years on the air, she turned to her colleagues from the earliest days of the show for their impressions.