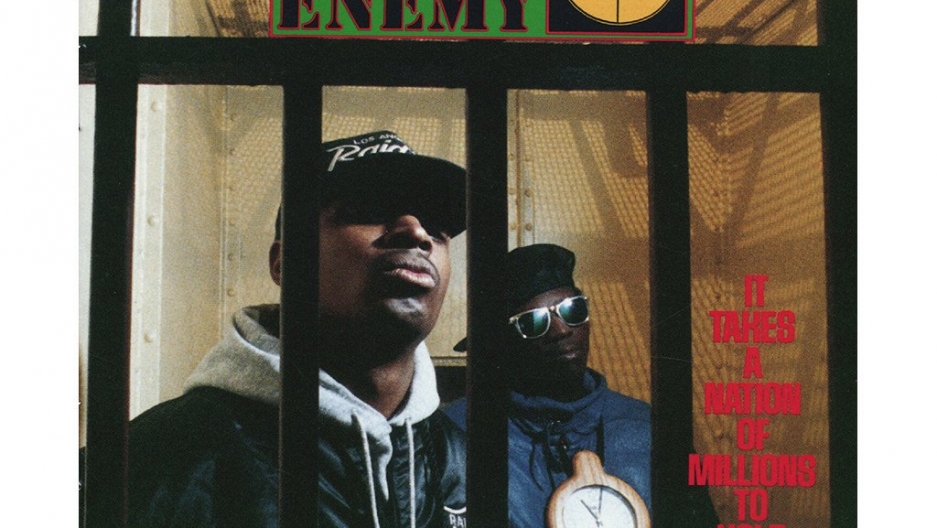 The album cover for “It Takes a Nation of Millions to Hold Us Back” from 1988.

Released on June 28, 1988, Public Enemy’s “It Takes a Nation of Millions to Hold Us Back” broke ground in both its experimental production techniques and socially conscious lyrics. When asked about the goal of the album, Public Enemy lead rapper Chuck D said, “Our sole intention was to destroy music.”

Hank Shocklee is creator of Public Enemy’s production team, known as the Bomb Squad. In the studio, the Bomb Squad would search through Shocklee’s collection of more than 10,000 records for any sound they could sample, from drum beats to speeches, to feedback and distortion. Shocklee describes this process as “a very tedious and incredibly arduous task to just go through and listen to every little hit, little squeal, vocal snippet, every little possible thing that we can possibly use to create this record.”

Sampling records was still new territory in 1988, and while most hip-hop producers at the time were only sampling one or two records for a beat, the Bomb Squad created extremely dense layers of sound using countless samples and experimental processing techniques.

“Now,” Shocklee notes, “there really is no set limit on how much you can charge for a sample. So if you look back on what we were doing, if everyone had that frame of mind, the cost of the records that we were doing would be so astronomical that it wouldn’t be worth doing it in the first place.”

Tracii McGregor, former editor and vice president of The Source magazine, describes this album as “powerful,” “militant” and “unapologetically Black,” with references to Black leaders scattered throughout. Chuck D’s lyrics are pointed and rebellious, calling out political corruption and social injustices that still resonate more than 30 years later. As Chuck D puts it, “That’s my obligation and duty, to use the medium that reaches out to the people to bring a certain point or issue that’s tucked to the back up for discussion. And that’s what we did.”