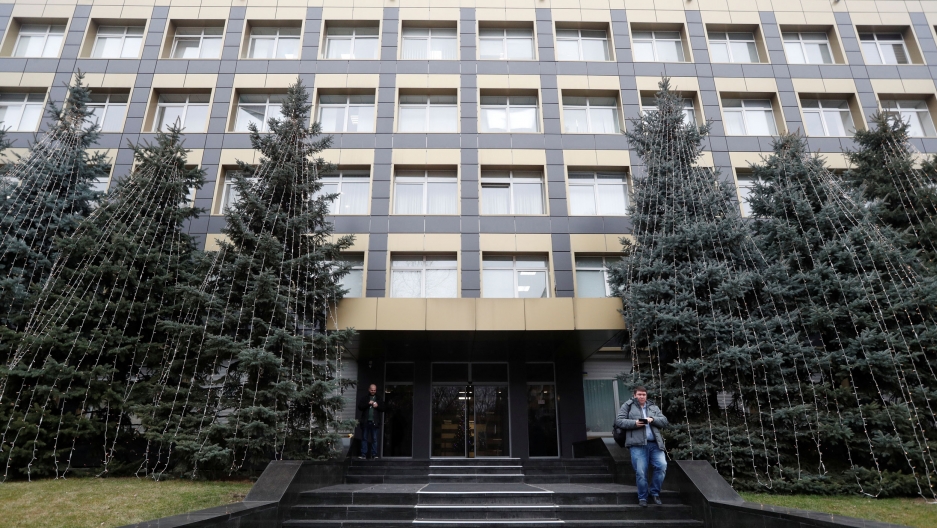 A view shows a building, which reportedly houses an office of a subsidiary of the Ukrainian energy company Burisma Holdings Ltd, in Kyiv, Ukraine, Jan. 14, 2020.

Authorites in Ukraine have asked the top law enforcement agency of the United States for help investigating the suspected cyberattack by Russian military hackers on Burisma Holdings, an energy company caught up in the impeachment of US President Donald Trump.

The Ukrainian interior ministry on Thursday also announced an investigation into the possible illegal surveillance of the then American ambassador to Kyiv, Marie Yovanovitch, following the release of  messages this week by the US Congress as part of the impeachment case.

Burisma was at the center of attempts by Trump last July to persuade Ukraine to announce an investigation into Hunter Biden, who is the son of Democratic US presidential contender Joe Biden and used to have a seat on the Ukrainian company’s board.

Trump’s efforts have led to the Republican being impeached on charges of abuse of power and obstruction of Congress. The president, who denies wrongdoing, faces a trial at the US Senate that could have consequences for his efforts to seek a second term in a November election.

California-based cybersecurity company Area 1 Security on Monday identified the hacking of Burisma and linked it to Russia’s Main Directorate of Military Intelligence, or GRU.

The same hacking group, known as “Fancy Bear” or “APT28” by cybersecurity researchers, breached the Democratic National Committee in 2016 in what US investigators described as part of an operation to disrupt that year’s election.

Russia’s defense ministry did not respond to a request for comment about Area 1 Security’s assertions.

“It is noted that the hacking attack was probably committed by the Russian special services,” Ukrainian interior ministry official Artem Minyailo said at a briefing.

Minyailo said Ukraine had asked the FBI and Area 1 Security for assistance regarding information that hackers stole personal employee data and emails from executives at Burisma and other companies. These other companies included the media production company of President Volodymyr Zelenskiy, he said.

There has been no evidence of wrongdoing by the Bidens, who reject Trump’s allegations of corruption.

“The national police has initiated the creation of a joint international investigation team, to which FBI representatives have already been invited by the ministry,” Minyailo said.

A leak of stolen data could potentially affect the impeachment process and the 2020 US presidential election on Nov. 3.

What data the hackers were looking to steal is not clear, Area 1 said. Breaching Burisma could yield communications from, to, or about Hunter Biden, who served as a director between 2014 and 2019.

A source close to Burisma told Reuters earlier this week the company’s website had been subject to multiple break-in attempts over the past six months but did not provide further details.

Ukraine’s cyber police said they had not formally received any request from Burisma for help.

Ukrainian officials said they were also probing allegations that Yovanovitch, the former ambassador to Ukraine, was subject to illegal surveillance before Trump fired her in May.

These allegations surfaced in messages which were released on Tuesday as the US Senate prepared to begin the trial of Trump.

US Senator Robert Menendez, the top Democrat on the Senate Foreign Relations Committee, told CNN on Thursday he had sent a letter to the State Department seeking an immediate briefing.

“I’m looking for a vigorous investigation of what went on here,” he said.

A batch of documents released included encrypted messages between businessman Lev Parnas and Robert Hyde, a Republican congressional candidate in Connecticut, disparaging Yovanovitch and apparently providing updates on her movements in Kyiv.

Hyde denied wrongdoing, saying on Twitter he had never been in Kyiv.

Interior ministry official Denys Lenets said at the briefing that Ukraine’s position was not to interfere in US domestic affairs, but added: “Ukraine cannot ignore such illegal activities on the territory of its own state.”