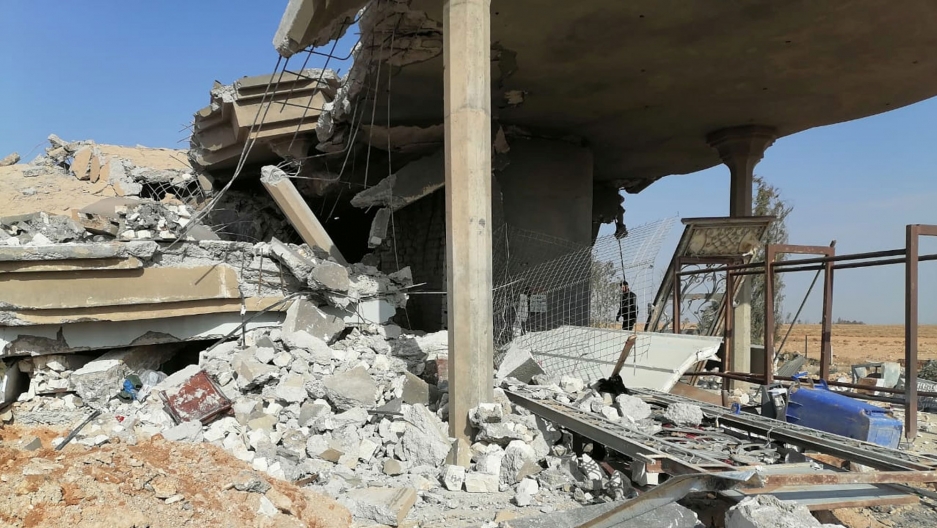 Destroyed headquarters of Kataib Hezbollah militia group are seen after in an air strike in Qaim, Iraq, Dec. 30, 2019.

The US military carried out air strikes on Sunday against the Iranian-backed Kataib Hezbollah militia group in response to the killing of a US civilian contractor in a rocket attack on an Iraqi military base, officials said.

Following the strikes, a top Iraqi militia leader threatened a response against US forces in Iraq. The strikes hit several bases of the Kataib Hezbollah militia group and killed at least 25 people.

Iraqi security and militia sources said that at least 55 people were also wounded in the air strikes.

"The blood of the martyrs will not be in vain and our response will be very tough on the American forces in Iraq,"  senior commander Jamal Jaafar Ibrahimi, known by his nom de guerre Abu Mahdi al-Mohandes, said. Iran said it strongly condemned the raids as "terrorism."

He is also one of Iran's most powerful allies in Iraq and formerly headed Kataib Hezbollah, which he founded.

Iraqi security sources said Monday that US forces in Iraq's northerly Nineveh province were ramping up security overnight, with US-led coalition jets circling the perimeter of its military bases in Mosul and Qayarah. 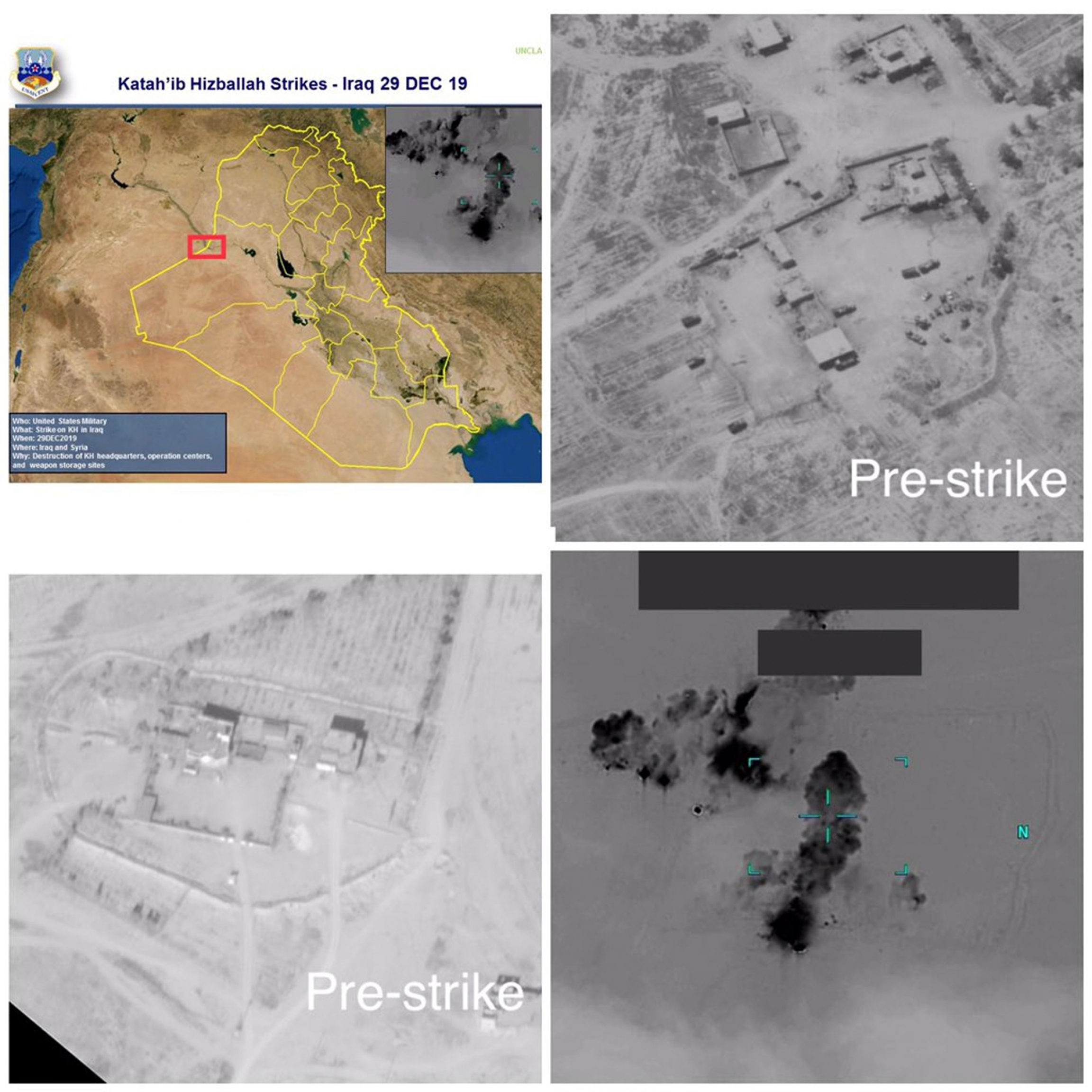 A combination of images depicts what the US military says are bases of the Kataib Hezbollah militia group that were struck by US forces, in the city of Al-Qa'im, Iraq, Dec. 29, 2019 is seen in this handout picture provided by the US Department of Defense.

US Department of Defense handout via Reuters

Tensions have risen between Tehran and Washington — Iraq's two main allies — since last year when President Donald Trump pulled Washington out of Tehran's 2015 nuclear deal with six powers and reimposed sanctions that have crippled Iran's economy.

Earlier this month, US Secretary of State Mike Pompeo blamed Iranian-backed forces for a series of attacks on bases in Iraq and said any attacks by Tehran or proxies harming Americans or allies would be "answered with a decisive US response."

"We strongly deny any role in the attack on American forces. This claim without any evidence cannot justify bombing and killing people in violation of international law," said Iranian government spokesman Ali Rabiei, quoted by the semi-official news agency Fars.

The air strikes come at a troubled time of protests in Iraq with thousands taking to the streets to condemn, among other things, militias such as Kataib Hezbollah and their Iranian backers. They also demand an overhaul of a political system they see as corrupt and keeping most Iraqis in poverty. More than 450 people have been killed in unrest as security forces have sought to quell anti-government demonstrations.

The PMF bolstered Iraq's security forces during their battle to retake a third of the country from ISIS, helping secure victory against the militants.

There was no immediate comment from the Iraqi government on the air strikes. Prime Minister Adel Abdul Mahdi, who is backed by Iran and its allies, resigned last month as the protests continued but has remained in office in a caretaker capacity.

Iraq's Fatih alliance, which holds the second-largest number of seats in parliament and largely consists of militia leaders, called the air strikes an attack on Iraq's sovereignty.

"The insolent attack by American forces on security forces which targeted the 45th and 46th brigades of the Popular Moralization Forces in the Qaim area is an attack on national sovereignty and on Iraq's dignity," it said in a statement.