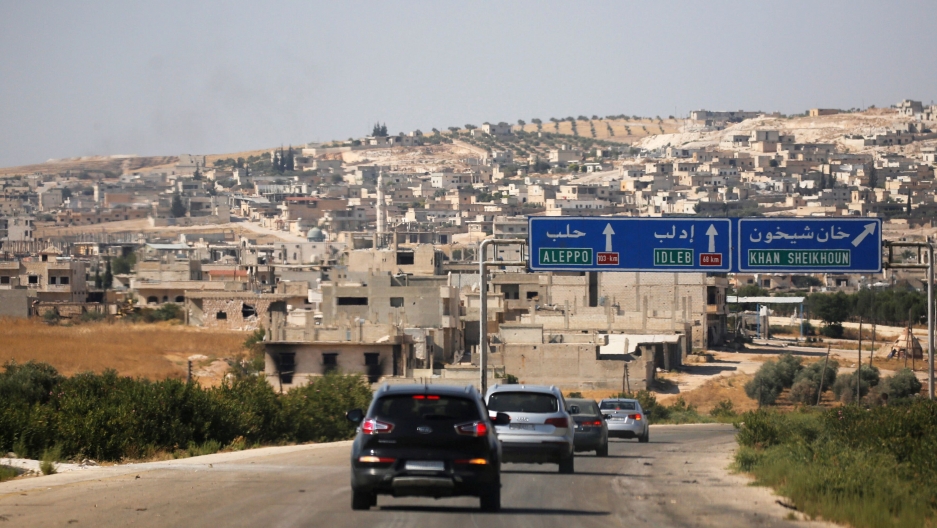 The United States President Donald Trump came into office pledging no more endless wars. He has twice tried to remove the US military presence in Syria, and twice drawn back.

And of course, the conflict in Afghanistan is dragging on. So, as we prepare to enter a new decade, we're going to take a moment to review each conflict.

Related: Idlib in northwest Syria is under attack from Russian and Syrian jets. Here’s what one resident told us.

Michèle Flournoy was the undersecretary of defense for policy under Barack Obama and now runs a strategic consulting firm, WestExec Advisors, in Washington, DC. She spoke to The World's host Marco Werman on the topic, beginning with the fight against ISIS in Syria.

"Clearly, the success we've had in denying them [ISIS] territory in Syria — the raid that killed [Abu Bakr al-Baghdadi] — these are big victories. But ISIS has not gone away. It has sent fighters to find safe haven in other places, whether it's Afghanistan or Libya and so forth. And they are very strong online. They're still able to recruit lone wolves."

"Clearly, the success we've had in denying them [ISIS] territory in Syria — the raid that killed [Abu Bakr al-Baghdadi] — these are big victories. But ISIS has not gone away," Flournoy said. "It has sent fighters to find safe haven in other places, whether it's Afghanistan or Libya and so forth. And they are very strong online. They're still able to recruit lone wolves."

Related: Analysis: Why the US is to blame for its own defeat in Afghanistan

"They're trying in Europe, and they're trying in the United States and elsewhere to launch attacks," Flournoy said. "So, you know, yes, we've denied them territory and that's very, very important. But no, they are not defeated and we need to keep vigilant."

Marco Werman: So, we've just seen this trove of documents, "The Afghanistan Papers," basically detailing how for the last 18 years, the American public was, at times, told a different story — a rosier story about the war in Afghanistan — and at times, was just blatantly lied to. Are we going to see the same kind of documents or revelations about Syria, say, in 10 years?

Michèle Flournoy: There is a lot of internal debate about what was working and what was not working in Afghanistan. But I can think of no person who was willfully manipulating the information or lying to the president or the American people.

We were being told that progress was being made in Afghanistan. It clearly was not.

Secretary of Defense Rumsfeld admitted — and he's quoted as saying — that he didn't know who the enemy was at one point.

Maybe I should be clear. My experience was in the Obama administration. I did not encounter people willfully lying. I don't know what happened in the Bush administration in terms of whether Rumsfeld actually lied or others were being lied to. But during my time in the Obama period, we tried to be very clear-eyed. There was a huge debate with interagency about whether we were succeeding or not.

I think the value of the papers is to have us take a hard, lessons-learned look at how do we avoid the mistakes. We made a lot of mistakes. How do we avoid those mistakes in the future? How do we learn from those? But I think it sort of muddies the water to ascribe ill intent, at least to the folks that I saw really trying hard to get this right and often failing, but trying to hard to get it right during the Obama administration.

There was a recent poll conducted by the Military Times, a US armed forces publication that shows nearly half of US military personnel — 49% — disapproves of Donald Trump as commander in chief. Does that matter?

The US military looks a lot like America when they're in uniform and they're doing their jobs. They respect the chain of command unless they're given an order that is illegal or immoral. I do think that one of the things that President Trump doesn't understand is how offensive his intervention in the military justice system is to most people who wear the uniform.

It's very, very important that the military is empowered to hold their members accountable to the rule of law and to ethics. And when he intervenes and denies that ability, he undermines that institution and he offends the people who are trying to do their jobs to keep good order and discipline.

President Trump, you know, I think probably thinks he was doing something pro-military. But I think to a person — every person in uniform that I've talked to — felt that it was undermining of their authority and of good order and discipline in the force.

Also striking in that Military Times poll is that 58% of the troops said they disapprove of the president's decision to withdraw troops from Syria, a move that, as you said, was exploited by Russia and Turkey. And the US turning its back on Kurdish forces allied with the US. Has the abandonment of the Kurds, do you think, shaken the US military on some fundamental level?

I think it has. I mean, one of the core values that you learn and you adapt as a member of the military is you don't abandon the person on your right or your left on the battlefield. You don't abandon an ally who is sacrificing alongside you, is spilling blood alongside you. And that's exactly what we did to the Kurds. And so, it's deeply offensive.

I had one officer describe to me that it made him feel nauseous — he was so upset about it and he worried that in the future, you know, allies won't trust us to have their backs. And that's always been a huge source of strategic strength for the United States. We have dozens and dozens of allies who've been willing to fight alongside us. And China doesn't. Russia doesn't. Iran doesn't. North Korea doesn't. So, we're undermining our own advantage when we mistreat our allies.

What would it take to get the US on solid footing in terms of policy in Syria?

Well, at this point, I think we have a very weak hand to play. I don't think we have the position or the leverage to determine the ultimate outcome. I do think the US should be diplomatically more engaged in trying to shape whatever outcome is negotiated among the parties. And I do think we want to keep our focus on the counter-ISIS campaign and supporting our Kurdish and Syrian Democratic Forces allies on the ground.