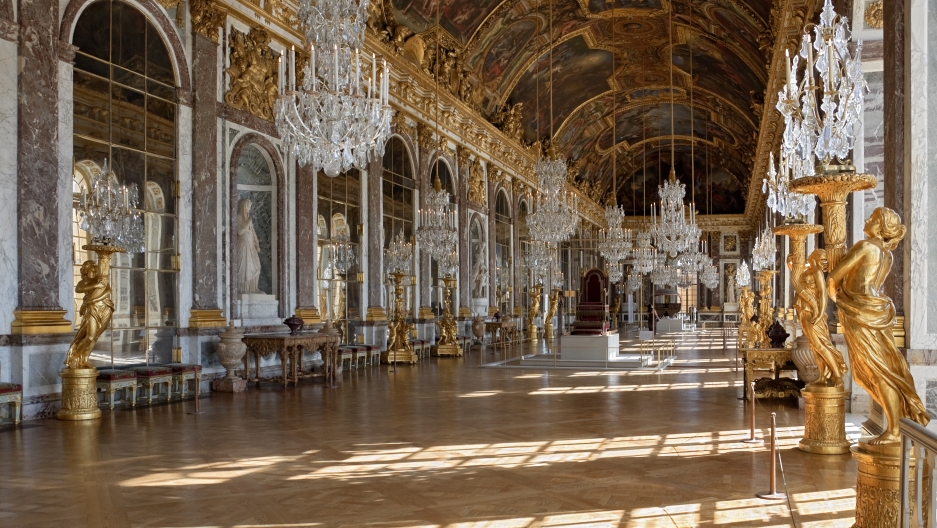 The Hall of Mirrors in the Palace of Versailles.

Design critic Veronique Vienne tells us how pieces of reflective glass in 18th century France sparked a culture of narcissism.

When Louis XIV built his famous palace in Versailles, he challenged craftsmen to build larger mirrors to line the walls of the palace gallery, in what is now called the Hall of Mirrors. “People had never looked at themselves in a mirror from head to toe,” Vienne explains. “They sort of fell in love with their reflection. And capitalizing on this, Louis XIV invented fashion. People became prisoners of their vanity, prisoners of their ego.”