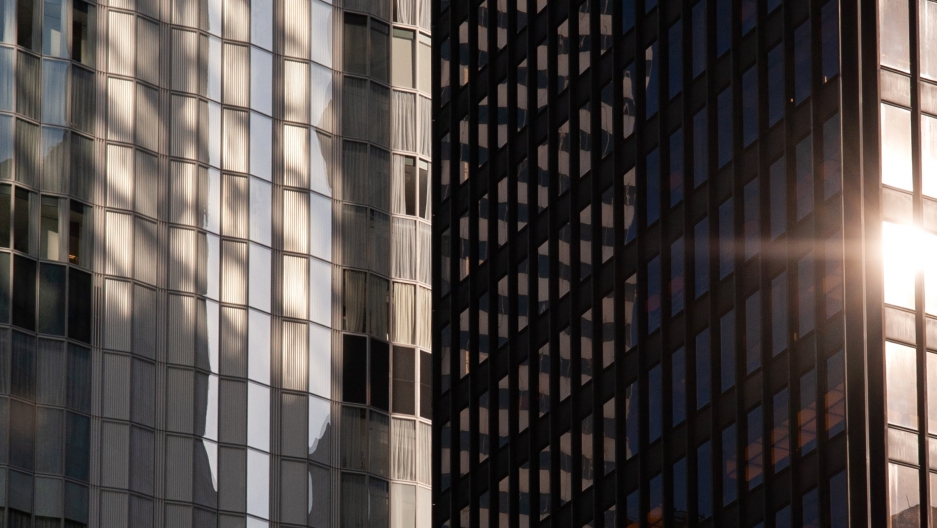 The sun reflects off the Seagrams Building (foreground) in Midtown Manhattan.

This year marks the 100th anniversary of the founding of the Bauhaus, a short-lived German art and design school that has had an outsized impact on international modern architecture. Kurt and Pratt Institute President Frances Bronet take to the streets of Midtown Manhattan to visit some of New York’s Bauhaus-inspired architecture.

First stop, the Seagram Building: located at 375 Park Avenue, this office tower was built in 1958 by Ludwig Mies van der Rohe, one of the former heads of the Bauhaus school. His design emphasized symmetry, proportion and rhythm, and he took great pains to control how the space was used, so as not to interfere with his disciplined aesthetic. “That is often the critique of the work,” Bronet says. “Does it allow for people to truly inhabit the space?” 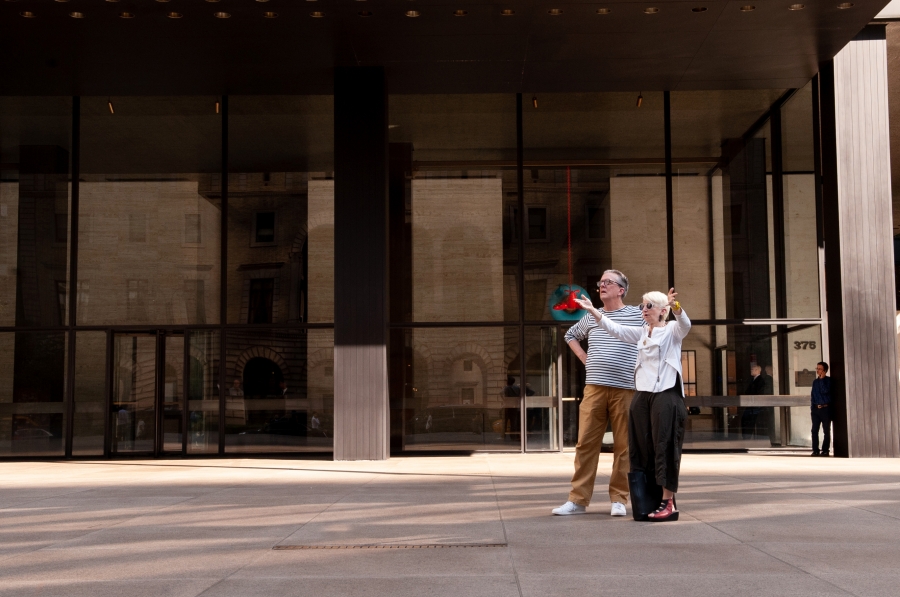 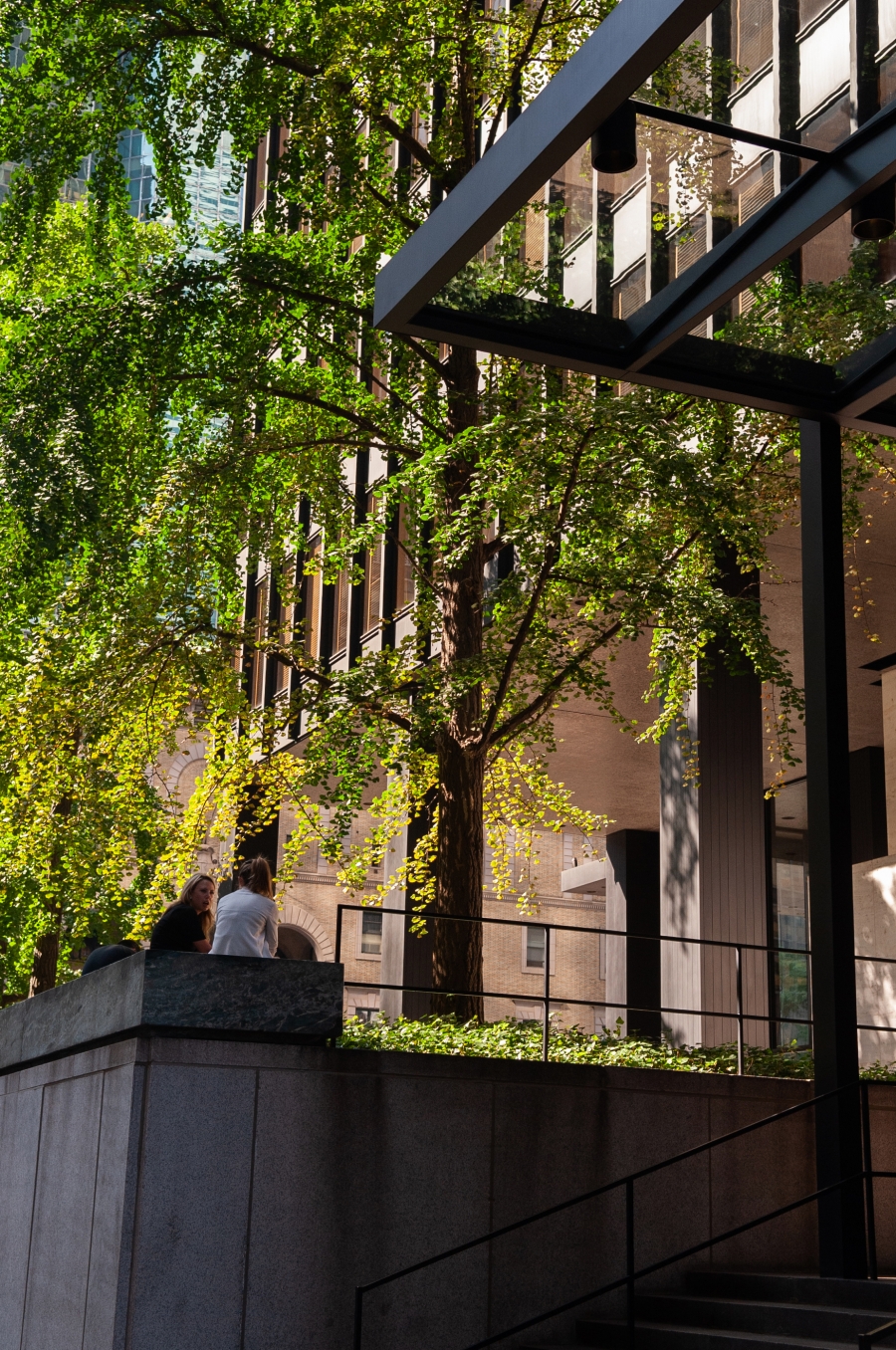 A view of the Seagrams Building plaza from the street. 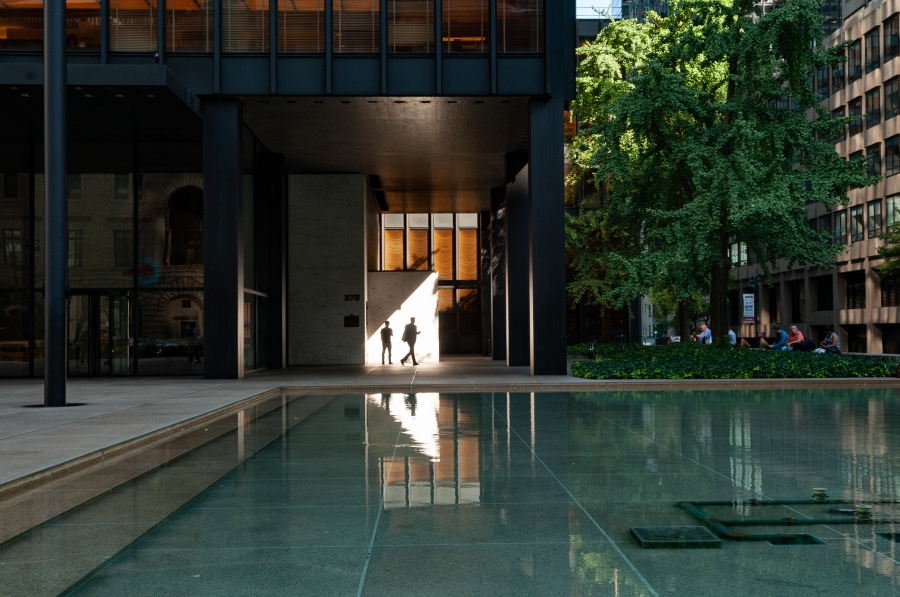 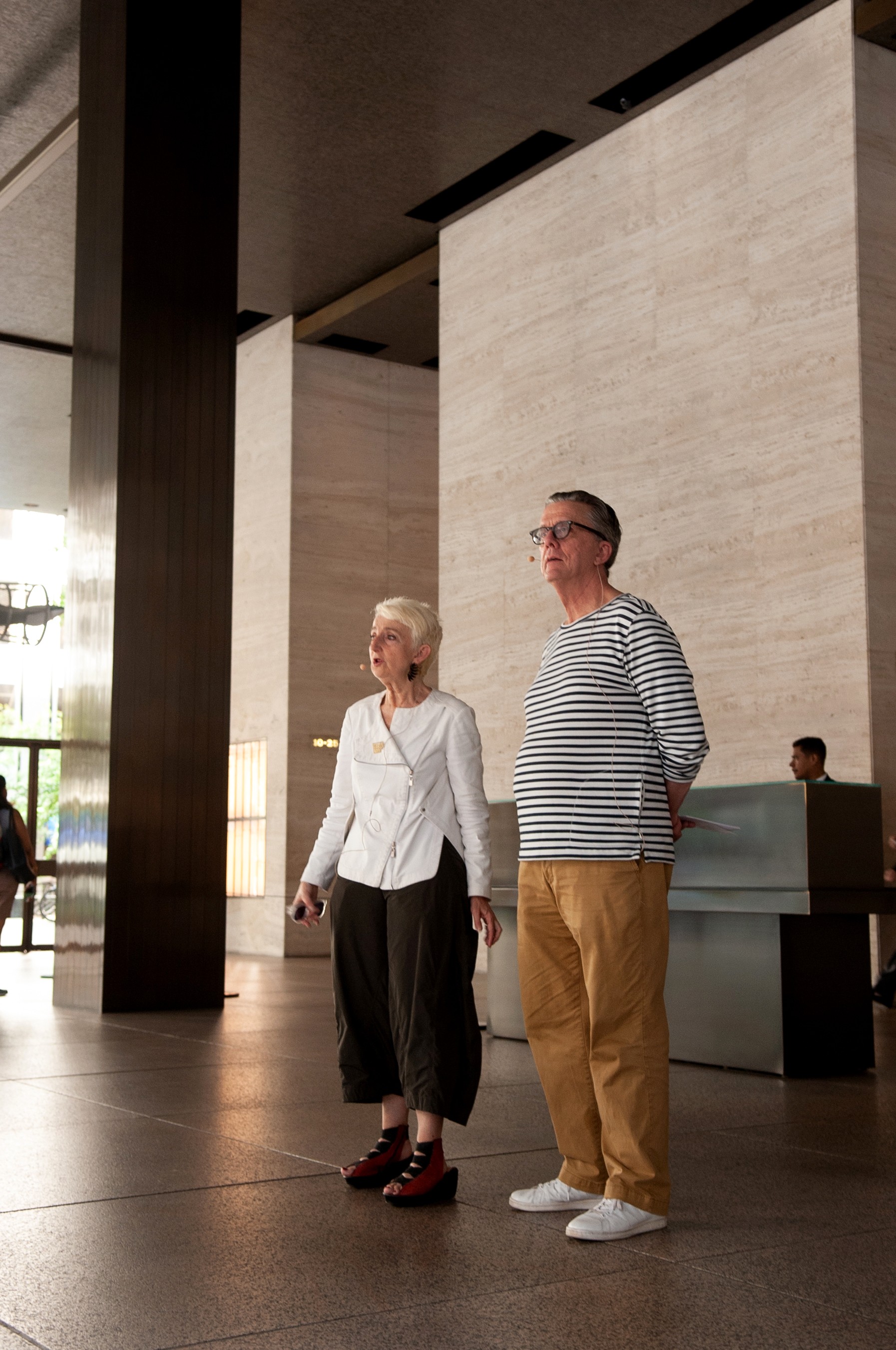 Frances Bronet and Kurt Andersen stand in the Seagrams lobby.

Kitty-corner from the Seagram is the Lever House, another iconic glass tower inspired by the Bauhaus. The building is an American design, by Gordon Bunshaft and Natalie de Blois of Skidmore, Owings & Merrill, but heavily indebted to the Bauhaus principles of design. The Lever House is designed as a slender blue-green slab of glass, which seems so normal today, but was revolutionary in 1952: “Remember, the context in which they’re operating, the street was a set of buildings that were brick and stone,” Bronet explains, “and all of a sudden there’s this very, very light, almost diaphanous project that challenges the sort of heaviness of these other impenetrable buildings on the street.” 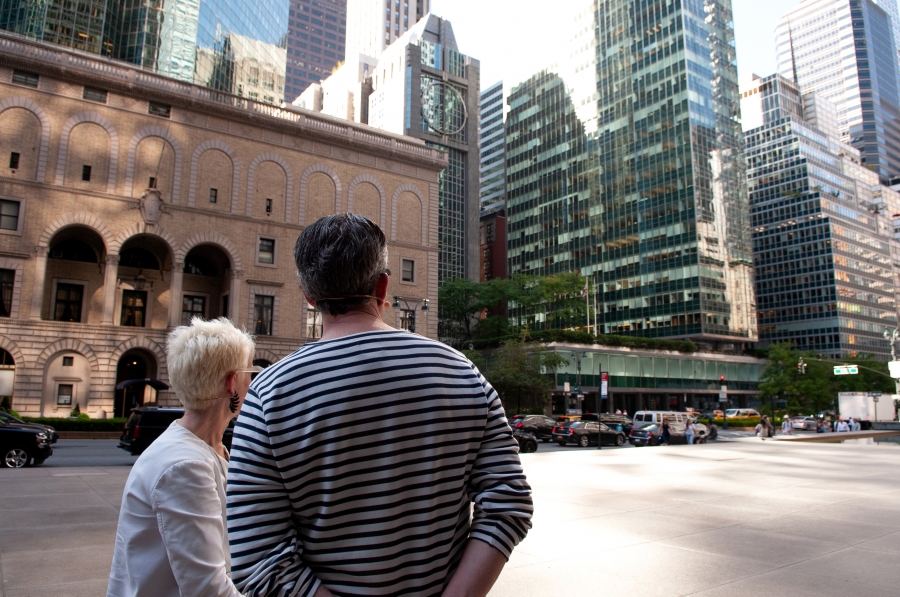 Frances Bronet and Kurt Andersen look at the Lever House building (right) from the Seagrams plaza. 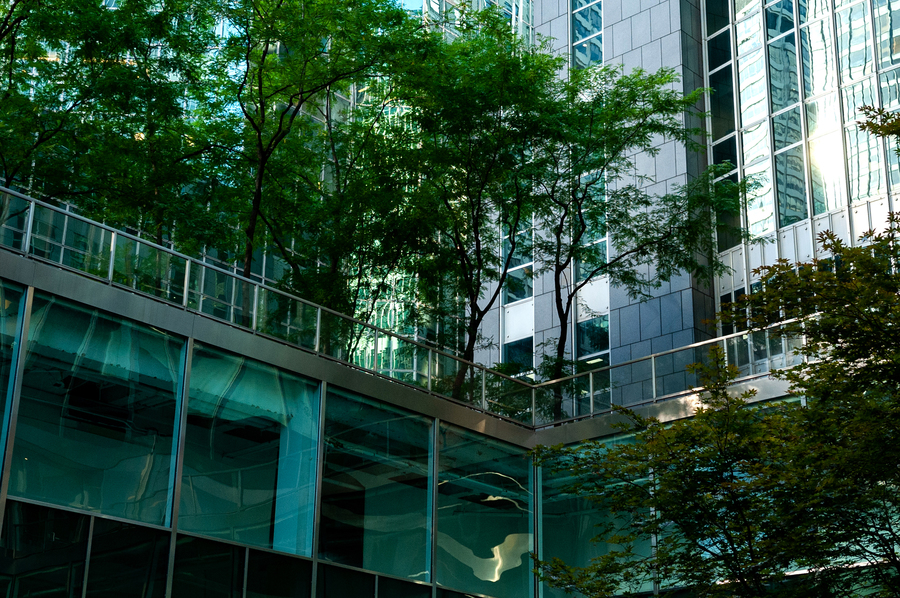 The facade of the Lever House. 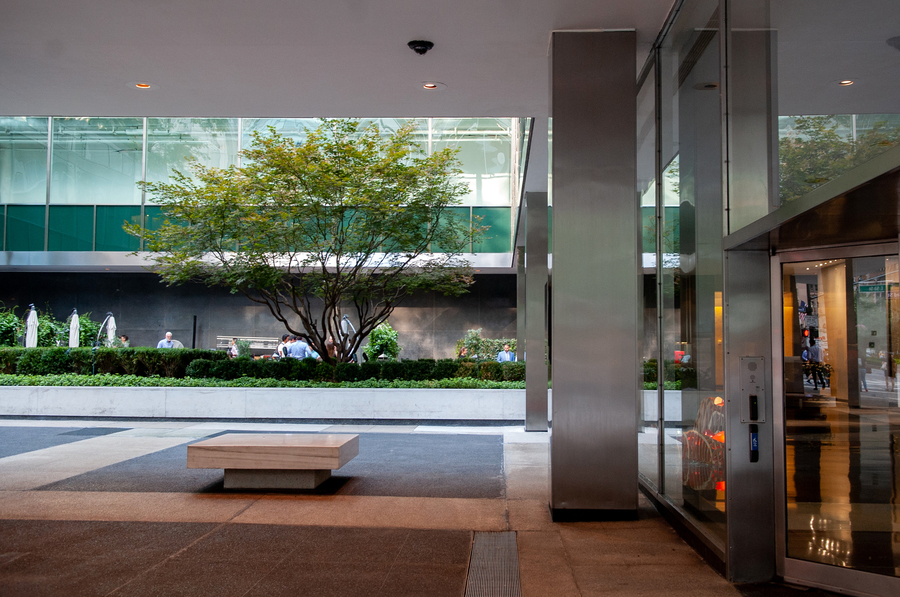