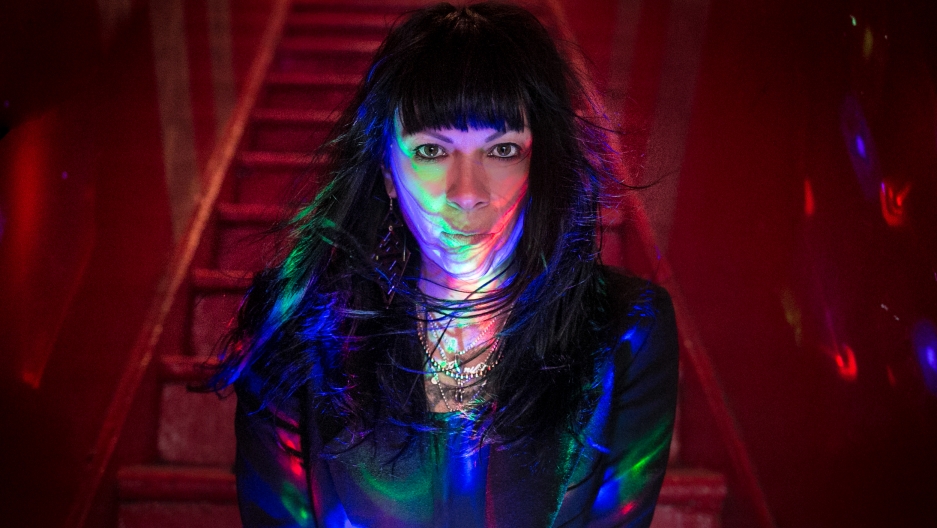 If you don’t know the work of the director Jennifer Reeder, a good way to get a sense of her style is by watching one of her earliest short films, “White Trash Girl,” which she made in 1995.

It’s the story of an unwanted inbred orphan who is flushed down the toilet, but survives. In fact, living in that cesspool incubator gives the baby a superpower — toxic body fluid she can spew at bad men when she grows up to become the superhero White Trash Girl.

“She was born very much out of a third-wave riot grrrl feminism that celebrated DIY,” Reeder says of her first shorts. “It definitely had that spirit, that urgency.

From “White Trash Girl,” Jennifer Reeder built a career out of making short films for the arthouse circuit — almost 50 in 25 years — all punkish feminist stories about the lives of complicated women and girls.

“I look around at what is offered to girls and women in terms of media,” Reeder says, “there’s lots and lots of content about girls and women that in my estimation isn’t very authentic. I’m trying to fill in that authenticity gap.”

Reeder has now transplanted that driving aesthetic into a feature film, “Knives and Skin.”

It’s the first she has both written and directed. It’s a dark, semi-surreal exploration of teenaged suburban life that people are calling the “Heathers” for today.

“I want this film to be a kind of battle cry for young people,” she says. “I wanted the audience to feel seen and to feel heard and to feel connected to these young women and their stories and to feel validated in their own sense of a kind of daily survival.”

Reeder talks with Kurt Andersen about the influences that contributed to “Knives and Skin,” from the surreality of David Lynch to the difficult female characters that populate Lynn Ramsey’s films, to the ghost of American fine art photographer Francesca Woodman.

“Knives and Skin” is in select theaters and available on VOD from IFC Midnight on December 6.