Orangutan Sandra pictured in her pit at Buenos Aires' zoo, on May 20, 2015. Sandra got cleared to leave a Buenos Aires zoo, her home for 20 years after a court ruled she was entitled to more desirable living conditions.

A 33-year-old orangutan awarded “nonhuman” personhood rights in a landmark 2015 court decision in Argentina has settled into a new home in Florida.

“She walked into her room. She was just engaged and interested. Very calm,” said Patti Ragan, founding director of Sandra, the orangutan's new home, the Center for Great Apes in Wauchula, Florida. “She looked at every single toy left in there for her, foraged around for food in the hay, and got some blankets, went up and made a nest, and slept well.”

Sandra landed at the center this month because she’s a hybrid of two orangutan subspecies, and Indonesia, one of the native environments for orangutans — where most preferred sanctuaries are located — has banned orangutans like her from its sanctuaries.

Related: Bye-bye, Bei Bei: Is diplomacy at play with this panda’s return to China?

As part of implementing Sandra's new rights, the Argentinian judge wanted her to live at an accredited facility — and the Florida center was the only one in the Americas that met those standards.

Her arrival has raised the hopes of US activists who are trying to match the successes of lawyers who turn to the courts to fight for animal rights around the world.

“The animal law movement focused on using the legal system itself really grew out of the United States,” said Matthew Liebman, director of litigation for the northern California-based Animal Legal Defense Fund. “But the most remarkable progress we've seen has been outside of the United States with things like the Sandra case in South America.” 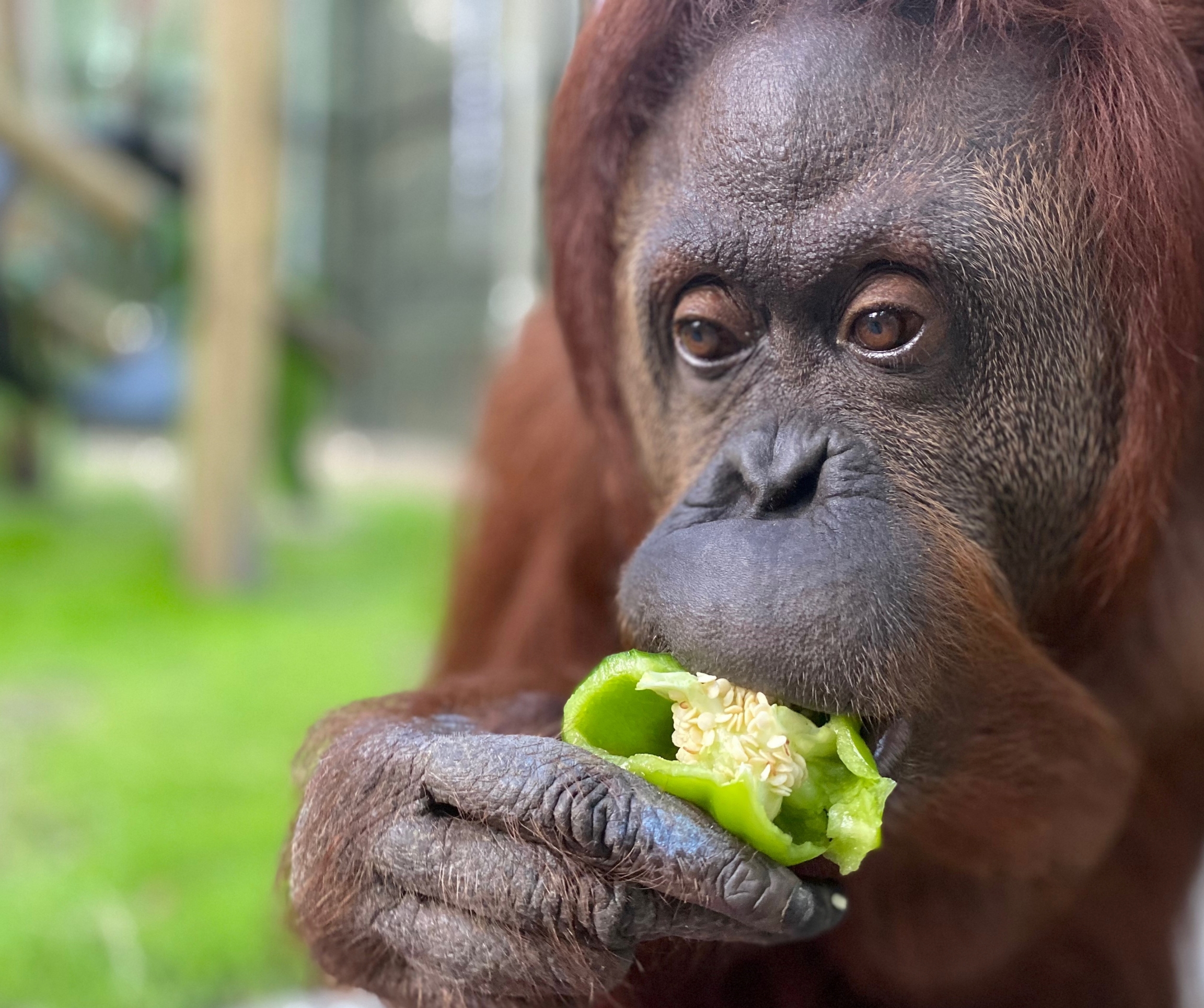 Orangutan Sandra is seen at the Center for Great Apes, in Wauchula, Florida, Nov. 7, 2019.

Steven Wise, who heads the nonprofit Nonhuman Rights Project and teaches animal rights jurisprudence at the law school at Tel Aviv University, is bringing many of the cases arguing for personhood for animals in the US. He hopes Sandra’s case may sway US judges, even if it cannot officially serve as a precedent in US courts.

“We're not saying that they’re bound by those decisions,” Wise said. “We're simply saying that the world is changing outside of your courtroom, and you may want to change with it.”

So far American judges haven’t been persuaded by his arguments.

“You almost get a sense that judges are really looking for reasons not to do what he's asking,” said Kristen Stilt, director of the animal law and policy clinic at Harvard Law School. “One of the reasons is they're just being transferred to another form of captivity. They're not being freely released.”

Judges may change their minds if public attitude shifts, she said. And that’s why other activists believe Sandra’s most important role in the US will be as a symbol.

“If we care about Sandra, why don’t we care about all of them?” asked Mariann Sullivan, a lecturer in animal law at Columbia Law School and co-host of the Animal Law Podcast. She points out that these court cases only apply to individual animals, not animals as a class. “Animals live and die in hidden factory farms and hidden laboratories. They’re not going to court, so we’re not going to solve this in the courts. People have to solve it in their hearts, in their behavior, and politically by passing laws.” 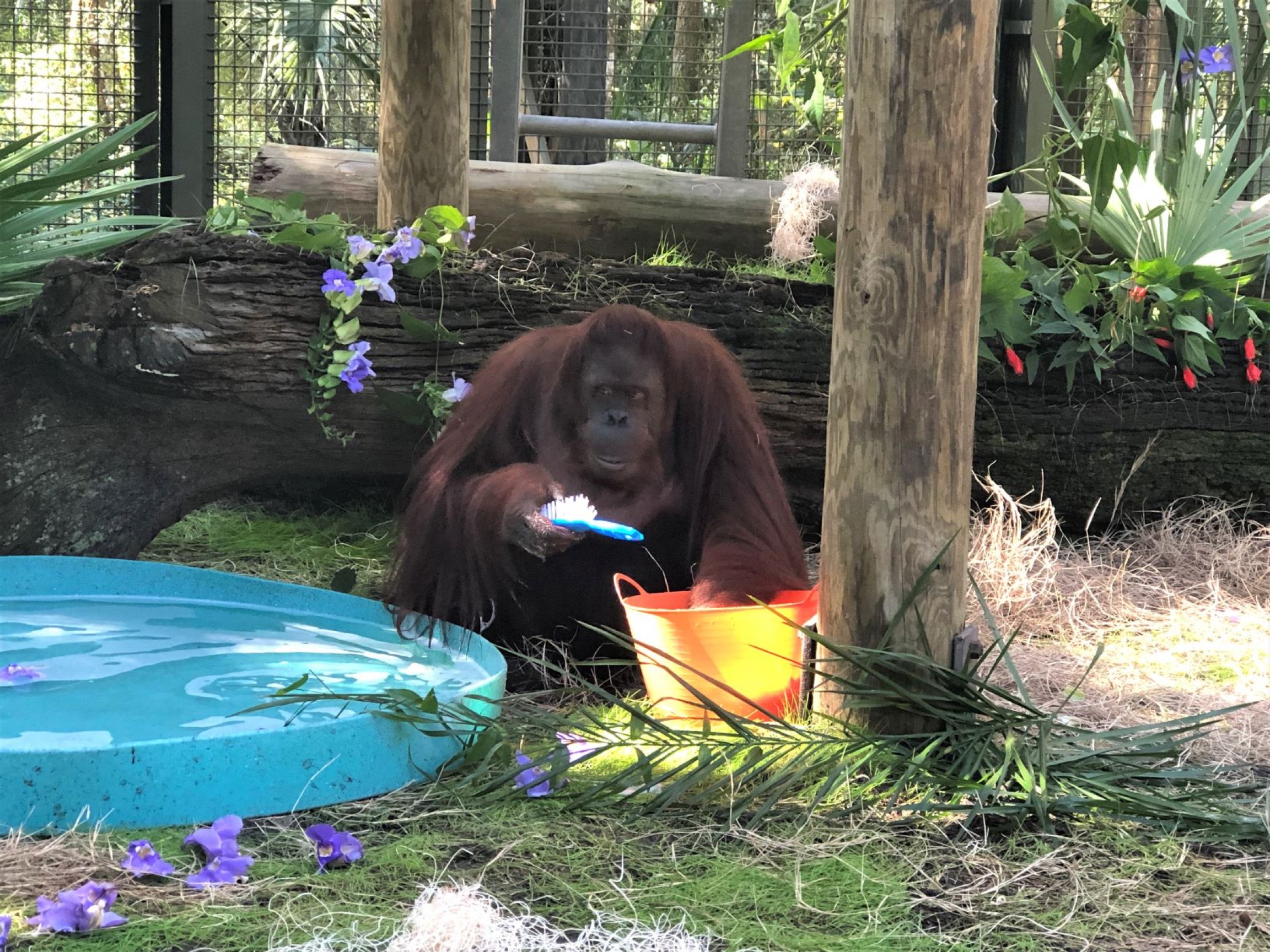 Sandra the orangutan in her new home, the Florida Center for Great Apes, Nov. 12, 2019.

While those arguments play out, Sandra’s enjoying an aerial network of tunnels and her own heated and cooled indoor and outdoor spaces at the Center for Great Apes. Ragan, the director, says that the lifestyle for Sandra costs more than $20,000 per year. The center is funded by donations and grants and isn’t open to the public. And Ragan said Sandra doesn’t have to worry about being pushed into mating.

“We don't breed at a sanctuary, because to raise another baby just to be in captivity is not the right thing to do,” she said.

But there is an orangutan Ragan hopes Sandra might be interested in. The center has more than 60 possible companions in the sanctuary — orangutan and chimpanzee refugees from circuses, or people’s former pets, including Bubbles, the chimpanzee who once belonged to Michael Jackson. 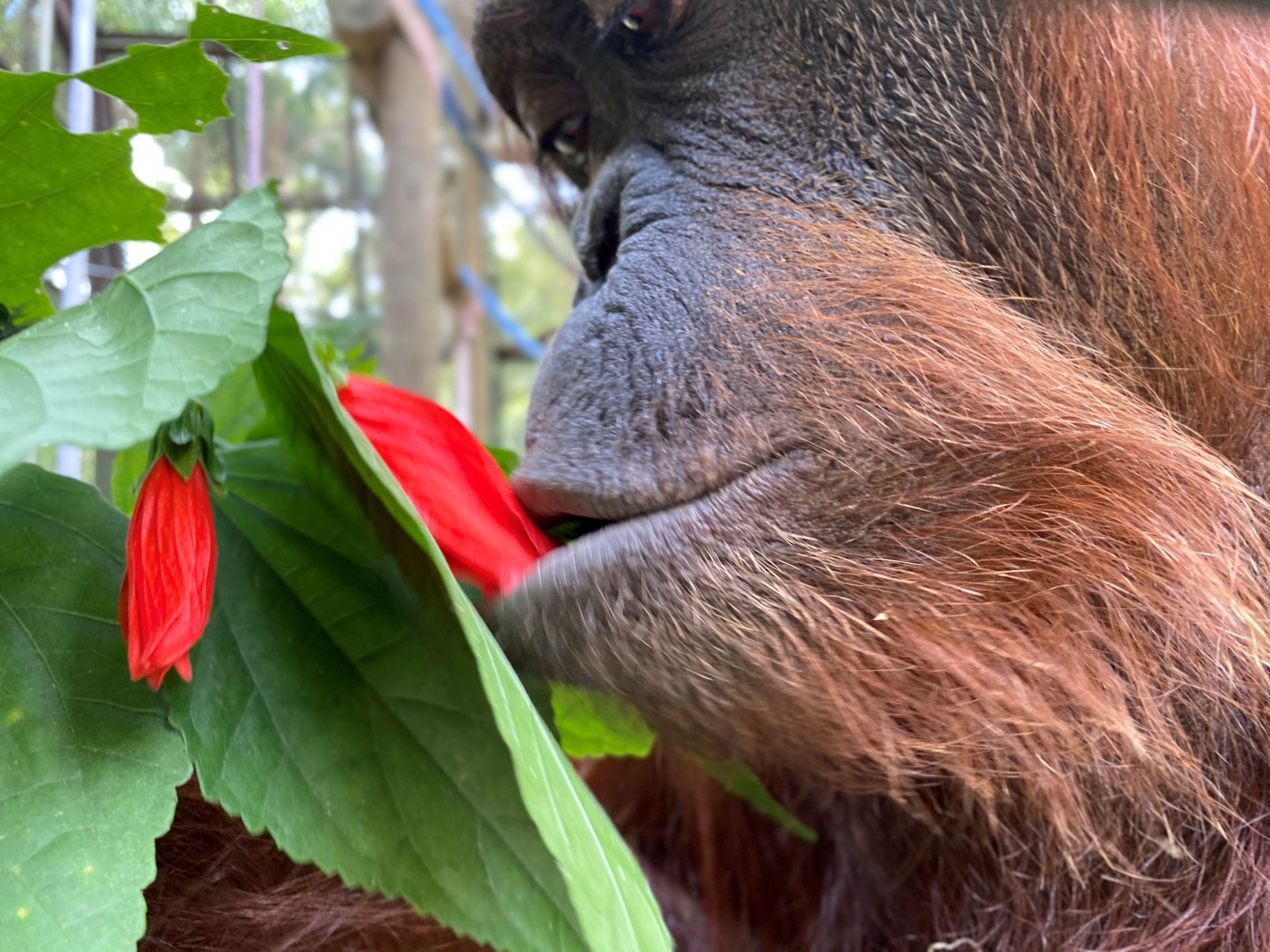 Sandra the orangutan tastes a wild hibiscus in her new Florida home on Nov. 12, 2019.

“Sandra has some males here — one that I would love to see her like she if she so chooses — Jethro. Very sweet, quiet male,” Ragan said. “But if she doesn't like him, we have other males and females that she may enjoy living with.”

If she does like Jethro, though, Sandra should know: He’s had a female companion for years.

Turns out, things get complicated when apes have rights and choices.