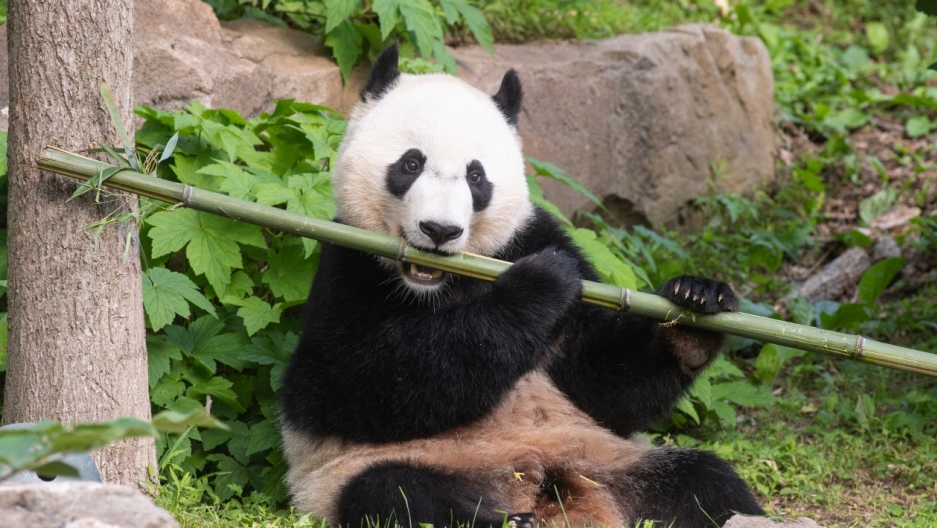 Giant panda Bei Bei is departing for China on Tuesday.

Smithsonian's National Zoo in Washington, D.C., is losing its latest panda diplomat. On Tuesday, Bei Bei will move to China.

The giant panda will fly out in a crate in his own private FedEx plane on a non-stop flight to Chengdu, China.

Millions of Americans have watched Bei Bei grow up at the National Zoo either in person or online via the popular panda cam. Some visitors and viewers of Bei Bei watched him eat his first shoot of bamboo and take his first tumble in the grass. He was born in 2015, and that same year, Michelle Obama and Peng Liyuan, first ladies of the United States and the People’s Republic of China, named him. 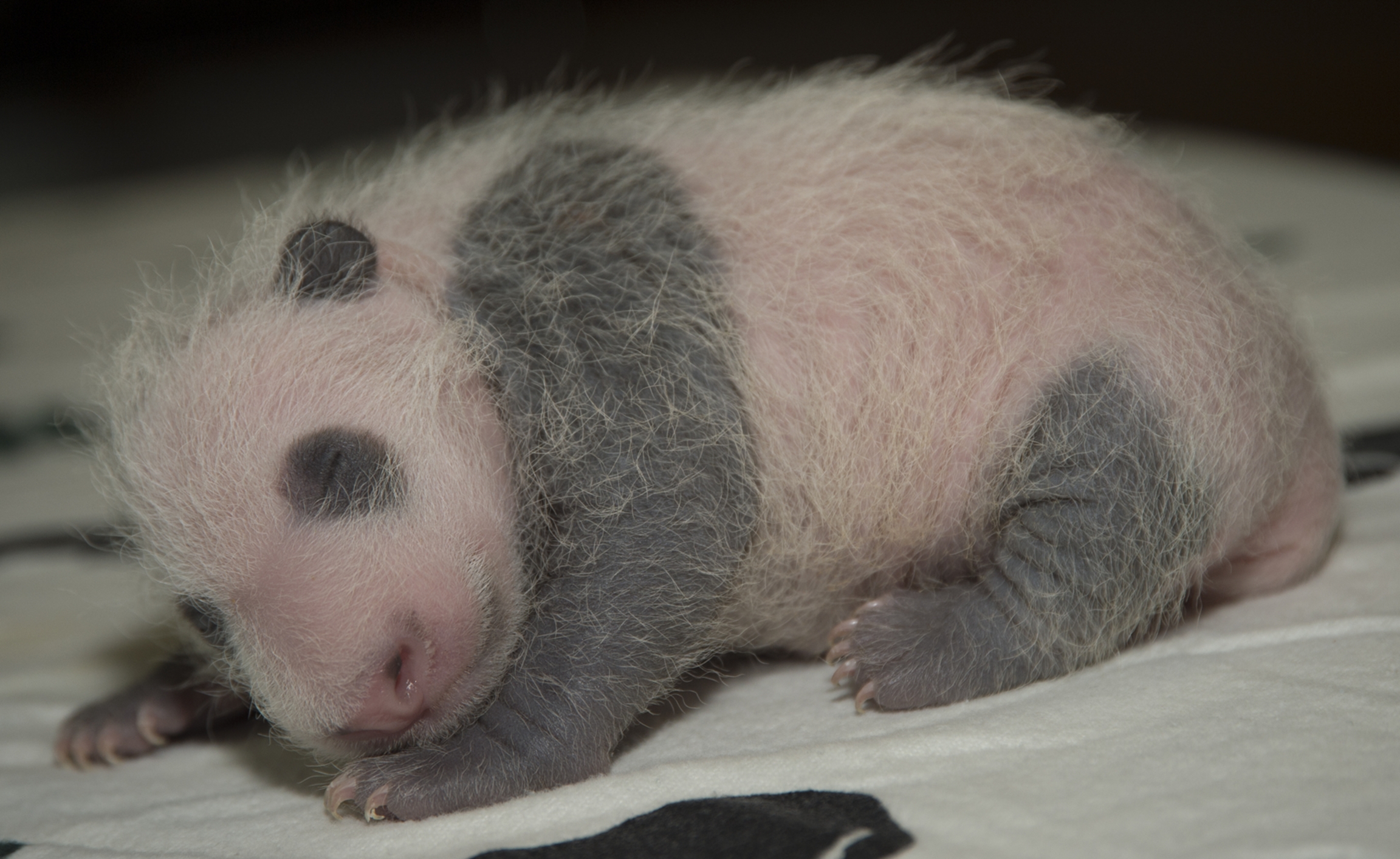 Courtesy of the Smithsonian National Zoo

But Brandie Smith, deputy director at Smithsonian's National Zoo, said she has known from the start that Bei Bei would have to leave.

It is part of a giant panda loan agreement that China has with zoos around the world. Any cub born abroad remains the property of their birth country. Once the panda turns 4 years old, it’s sent to a research center in cities such as Chengdu for breeding. After all, Bei Bei is now 4 years old.

Not many countries have the privilege to house giant pandas. Only 500 pandas live in zoos and breeding centers around the world. It is up to China to decide where these bears go.

Having a panda in a zoo boosts its status significantly, as the Edinburgh Zoo in Scotland found in 2011 when giant panda Tian Tian arrived. In exchange, Scotland sold China salmon, Land Rovers and offshore drilling technology.

Think of it as China’s soft — and cuddly — power.

Beijing first started using pandas as goodwill ambassadors in the 1950s. It sent two pandas to the US in 1972, right after then-President Richard Nixon’s historic visit to China, where First Lady Pat Nixon expressed her love for the black and white animals.

A couple months later, she welcomed the first pair — Ling Ling and Hsing Hsing — to the National Zoo, which she called a “pandamonium.”

When the US Fish and Wildlife Service listed giant pandas as endangered in 1984, the Chinese government began loaning the bears instead.

Zoos around the world typically rent pandas from China in pairs for 10 years at time, paying China annual fees of up to $1 million. When a cub is born, zoos pay China an extra, one-time fee of $400,000.

The rent terms are set in 10-year increments because anything shorter may violate the terms of the Convention on International Trade of Endangered Species of Wild Fauna and Flora, which protects pandas and other endangered animals from being “commercialized” in international trade, according to Colby Loucks, vice president of the Wildlife Conservation Program at World Wildlife Fund (WWF).

Caring for giant pandas isn’t cheap or easy. The Washington, Atlanta, Memphis, and San Diego zoos are said to have spent $33 million more than they received from exhibiting pandas from 2000-2003.

But the Chinese fees are in place to fund conservation efforts in both China and the US, Smith said.

Over the past several decades, China has bestowed pandas on some other favored nations. World leaders such as France’s François Hollande, Germany’s Angela Merkel, and Canada’s Justin Trudeau have all beamed at the sight of these pandas. In 2017, Merkel said the pair of cubs Berlin received from Chinese President Xi Jinping was “pleasant diplomats.”

Kathleen Buckingham and Paul Jepson, researchers at Oxford University, released a study in 2013 that showed a correlation between panda loans and China’s international trade deals. It also suggested that Beijing can take their bears back to signal disapproval.

Buckingham and her co-authors pointed to an incident in February 2010 as a “cautionary tale": China repatriated two pandas from American zoos a week after former President Barack Obama denied Beijing’s wishes not to meet with the Dalai Lama, the exiled Tibetan spiritual leader.

Related: On the 60th anniversary of the Tibetan uprising, activists say the ‘resistance spirit’ is still alive

Right now, the US and China don’t have the best relationship. There is the ongoing trade war and American criticism of China’s persecution of ethnic Uighurs and other minorities. 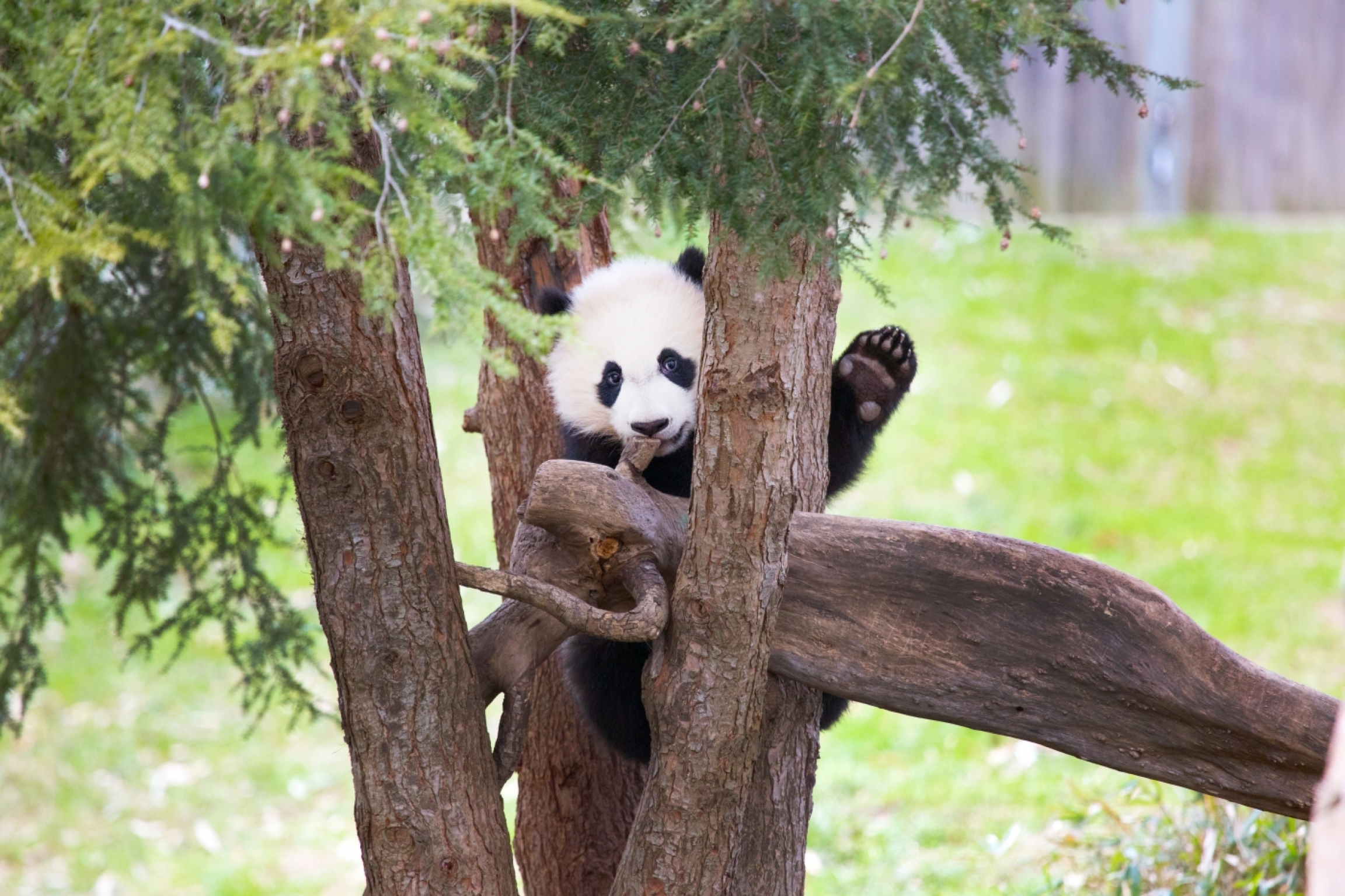 Courtesy of the Smithsonian National Zoo

So is it possible that Bei Bei’s return to China has anything to do with that?

Smith said no and re-iterated the contract. Even though she and her team will miss Bei Bei, she said, he will benefit most by going to Chengdu, where he will take part in a breeding program there. Giant pandas’ natural habitat is in a few mountain ranges in south-central China, in Sichuan, Shaanxi and Gansu provinces. The bears used to live in lowland areas, but they’ve been restricted due to farming, forest clearing and other man-made developments.

The International Union for Conservation of Nature (IUCN) has classified giant pandas as endangered for decades due to the animals’ low birth rate and problems with breeding.

Smith said researchers at the National Zoo have learned about pandas’ behavioral patterns — including reproduction — since Ling Ling and Hsing Hsing first arrived, resolving many of these issues since 1972. Habitat loss is now the biggest threat to the species’ survival.

As of 2016, the animals were downgraded to a vulnerable classification by the IUCN with a population growth of 17% over the past decade. According to the WWF, there are 1,864 giant pandas in the wild.

“The general trend from the giant panda population from the 1980s to today is positive,” Loucks said.

He attributes social media — and even the WWF panda logo — as examples of successful ways that have boosted awareness about the conservation of pandas.

“I think the ambassadorship of pandas in zoos raises awareness,” Loucks said. “Kids, adults around the United States are aware of pandas. They’re aware of their endangerment. And I think that allows for a net positive for conservation because it allows people to get in touch with conservation, in general, and the need to conserve wild places and wild species, even if they’re never going to be in China."

Related: Their efforts to save Iran's endangered cheetahs landed them in jail

But conservation can’t happen if people don’t care about the species, Smith said.

For her, “panda diplomacy” means something more than politics and international relations.

“We have been so incredibly fortunate to work with these giant pandas and to work with our colleagues in China on caring for them, on saving an endangered species,” Smith said. “I think one by one, person by person, panda by panda, we’ve strengthened the relationship just by working together on a common goal.”