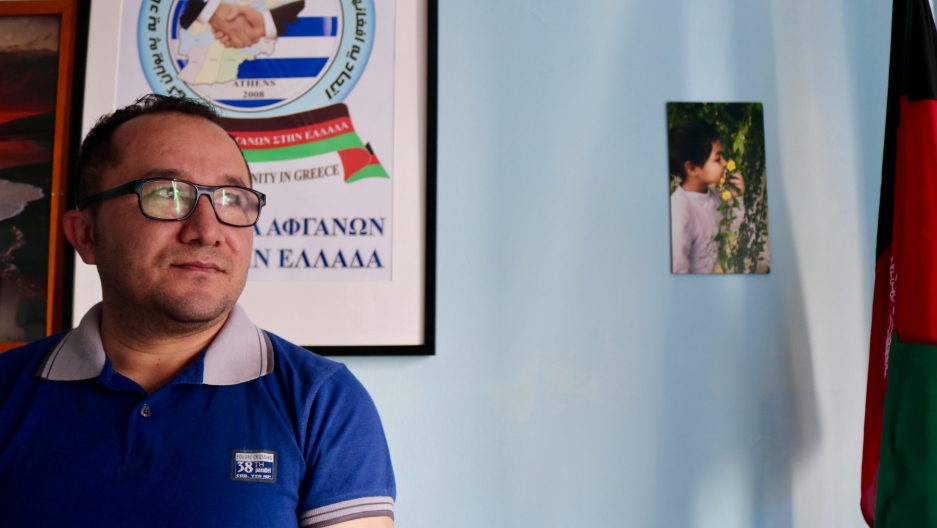 Mokhtar Rezai, President of the Afghan Migrant & Refugee Community in Greece, is worried about Greece's new asylum law. Pictured in the community center's office on Nov. 3, 2019.

Mokhtar Rezai sat in Greek parliament on Oct. 31 as lawmakers debated a proposed law on asylum and international protection. Once an asylum-seeker from Afghanistan, Rezai watched as parliamentarians argued that too many people receive asylum in Greece.

Rezai, who is now president of the Afghan Migrant & Refugee Community in Athens, Greece, arrived in 2001 as a minor and received his refugee papers more than 10 years later.

When the new law passed on Nov. 1, Rezai said he felt “severely upset.” The law includes sweeping changes that narrow the criteria for eligibility for refugee status and introduces several stringent provisions that, if not strictly followed, would render one’s asylum’s application void.

“It would be much better for the government to treat us normally,” he said, “to observe our human rights.”

The law is the latest in a series of measures taken by the New Democracy government to crack down on asylum-seekers. This summer, the government made it impossible for non-EU nationals to get a national health care number that would grant them access to health care. Labor Minister Yiannis Vroutsis made the announcement with a tweet: “Our country is not an unfenced vineyard.” In September, the government announced plans to return 10,000 people to Turkey by the end of 2020.

The law, which will go into effect Jan. 1, 2020, has been decried by the United Nations Refugee Agency, Human Rights Watch, The Greek Council for Refugees, Amnesty International, and others.

Related: Some refugees in Greece wish they hadn't won their cases

But in justifying the law, Greece’s newly elected, right-wing government has said that the asylum system needs to be streamlined. In a speech before parliament last week, Mitsotakis, who took office in July, argued that the law "includes those who seek protection in a context of respect and cooperation with the Greek authorities. Those who will be asylum-seekers but offend the country have no place in our homeland."

This change comes as refugee arrivals to Greece continue to increase to their highest numbers since 2015 — many Afghan and Syrian nationals are fleeing renewed violence at home. And conditions for refugees on the islands continue to worsen: Currently, tens of thousands of people languish in overcrowded camps on islands in the Aegean Sea. Many people live in tents without access to regular health care, water, or sanitation. The conservative New Democracy party argues that the problems result from previous decisions by the leftist Syriza government, and the entire system needs to be overhauled. 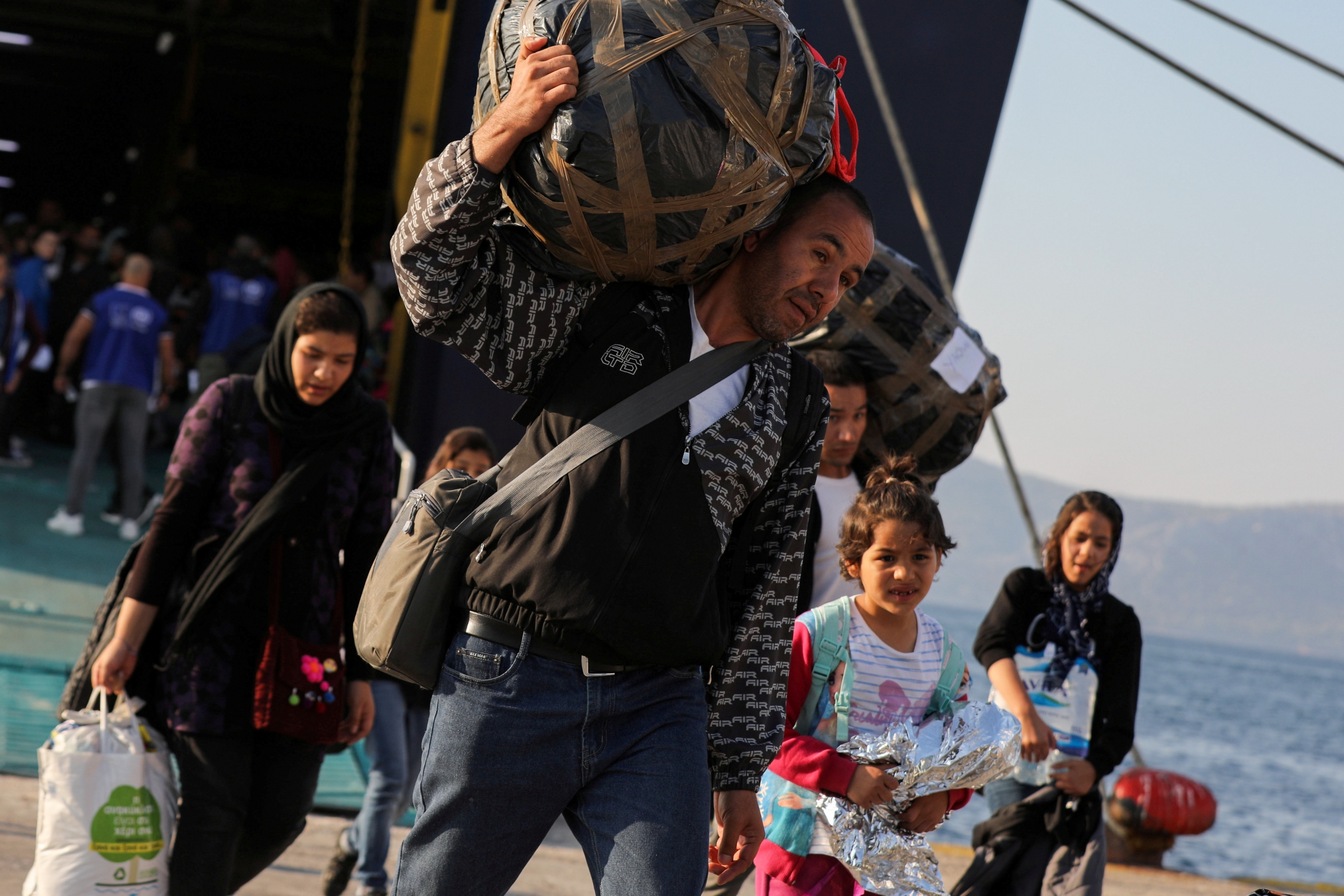 Refugees and migrants arrive aboard the Paros Jet passenger ship at the port of Elefsina near Athens, Greece, Oct. 22, 2019.

The new asylum law aims to speed up the application process and accelerate the returns of those deemed ineligible. Mitsotakis explained that the new law would increase returns to Turkey under the 2016 European Union-Turkey deal, an agreement that declared Turkey a “safe third country” where migrants should seek asylum before entering the EU. Mitsotakis stressed the need for a “necessary separation between refugees and economic migrants.”

To differentiate, the new law will allow authorities to create a list of  “safe countries of origin.” Upon arrival, nationals from these countries will go through an expedited process that assumes they do not need international protection. Authorities will also create a list of “safe third countries” where people may be sent if they previously passed through them. It is unclear which countries will be included on these lists, but many asylum-seekers worry the country they fled could be summarily declared safe.

“This law for us is very difficult. ... We are afraid because Afghan people are refugees, not migrants. ... We say to the government that Afghan people came from war, and traveled very far."

“This law for us is very difficult,” said Rezai, the Afghani community leader. He worries that Afghanistan will be included in the list of safe countries of origin. “We are afraid because Afghan people are refugees, not migrants. We say to the government that Afghan people came from war, and traveled very far,” he said, pointing to a deep scar on his head as proof. He worries that Afghan nationals will be unable to apply for asylum, and will be pushed back to Turkey or Afghanistan. 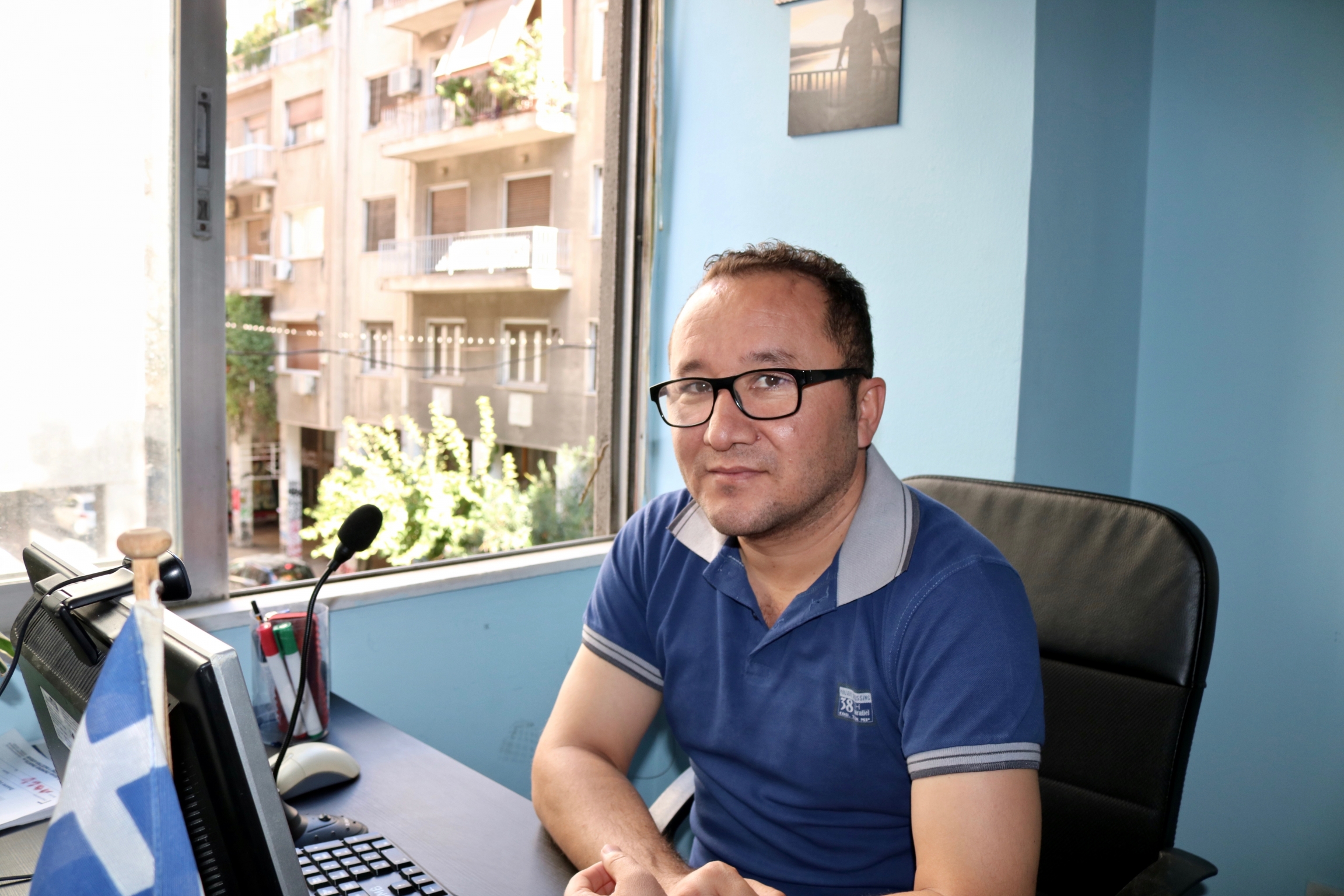 Mokhtar Rezai, President of the Afghan Migrant & Refugee Community in Greece, was him self an asylum-seeker. In the community center office on Nov. 3, 2019 he called Greece's new asylum law "unfair."

In keeping with Mitsotakis’ stern language that lawbreakers are unwelcome in Greece, the new law also introduces several strict regulations for asylum-seekers, with punitive measures if violated. Asylum-seekers will now be required to move to government-selected accommodations or camps. If they do not comply, authorities will withdraw their asylum applications. Similarly, all children of asylum-seekers must be registered in school. If not, their family’s asylum application will be withdrawn.

"[The new law] sees people as objects with no free will. It forces them to comply.”

Eirini Gaitanou, a campaign coordinator with Amnesty International Greece, stated that the new law “imposes continuous traps for asylum-seekers [...] under [the] fear that they will not have access to the process. It sees people as objects with no free will. It forces them to comply.”

The Ministry of Citizen Protection did not respond to requests from The World for comment on these criticisms. In a speech before parliament, he stated, “Every right which is conferred, correspondingly creates an obligation, a responsibility for the one who benefits from that right.”

The law also changes the definition of “vulnerable.” Victims of violence, pregnant women and unaccompanied minors have specific protections and procedures. However, under the new law, post-traumatic stress disorder (PTSD) is no longer explicitly qualified as a vulnerability. Victims of torture, rape or other significant acts of violence are still identified as vulnerable, but require certification from a public hospital, military hospital, or other public health care provider. Yet, asylum-seekers no longer have access to national health care numbers. The new law will allow them to obtain foreign health cards that belong to a system that “has never been operational,” according to Amnesty International.

Another worrisome factor for human rights groups is that the new law introduces amendments that increase opportunities to detain asylum-seekers whose initial claims were rejected. The new law extends the amount of time that an asylum-seeker can be detained from three up to 18 months, the maximum time allowed by the EU. 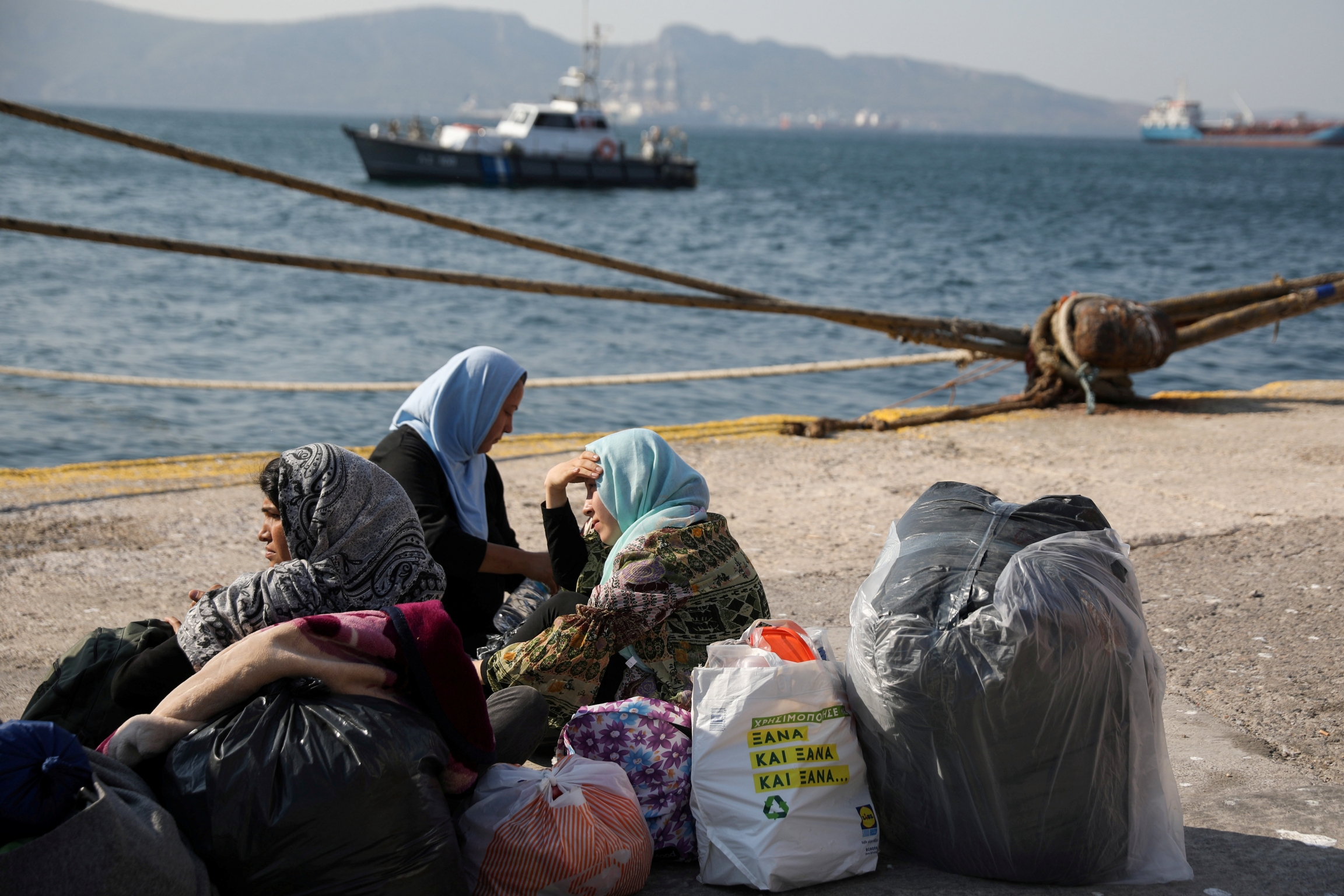 Refugees and migrants wait to be transferred to camps on the mainland, at the port of Elefsina near Athens, Greece, Oct. 22, 2019.

If an asylum-seeker application is heard, they are either granted asylum or rejected. If the application is rejected, the asylum-seeker may appeal. Under the new law, this appeal is much more complicated: it requires legal representation, formal requests for information about the rejection and for the asylum-seeker to be present for the hearing. This assumes that all asylum-seekers have access to legal aid and can make it to hearings before the Appeals Authority.

“Legal aid is a requirement of the state to provide,” said Amnesty International campaigner Gaitnou, “but we know this does not happen.”

Rezai is worried about the future for asylum-seekers in Greece. He hopes that the law will change.