When Michelle Obama’s official portrait was unveiled at the National Gallery in Washington, DC, last year, people couldn’t take their eyes off of it.

The former first lady was painted in a grey tone, looking very serious and a little intense, wearing a geometric-print dress seated in front of a solid robin’s-egg blue background. 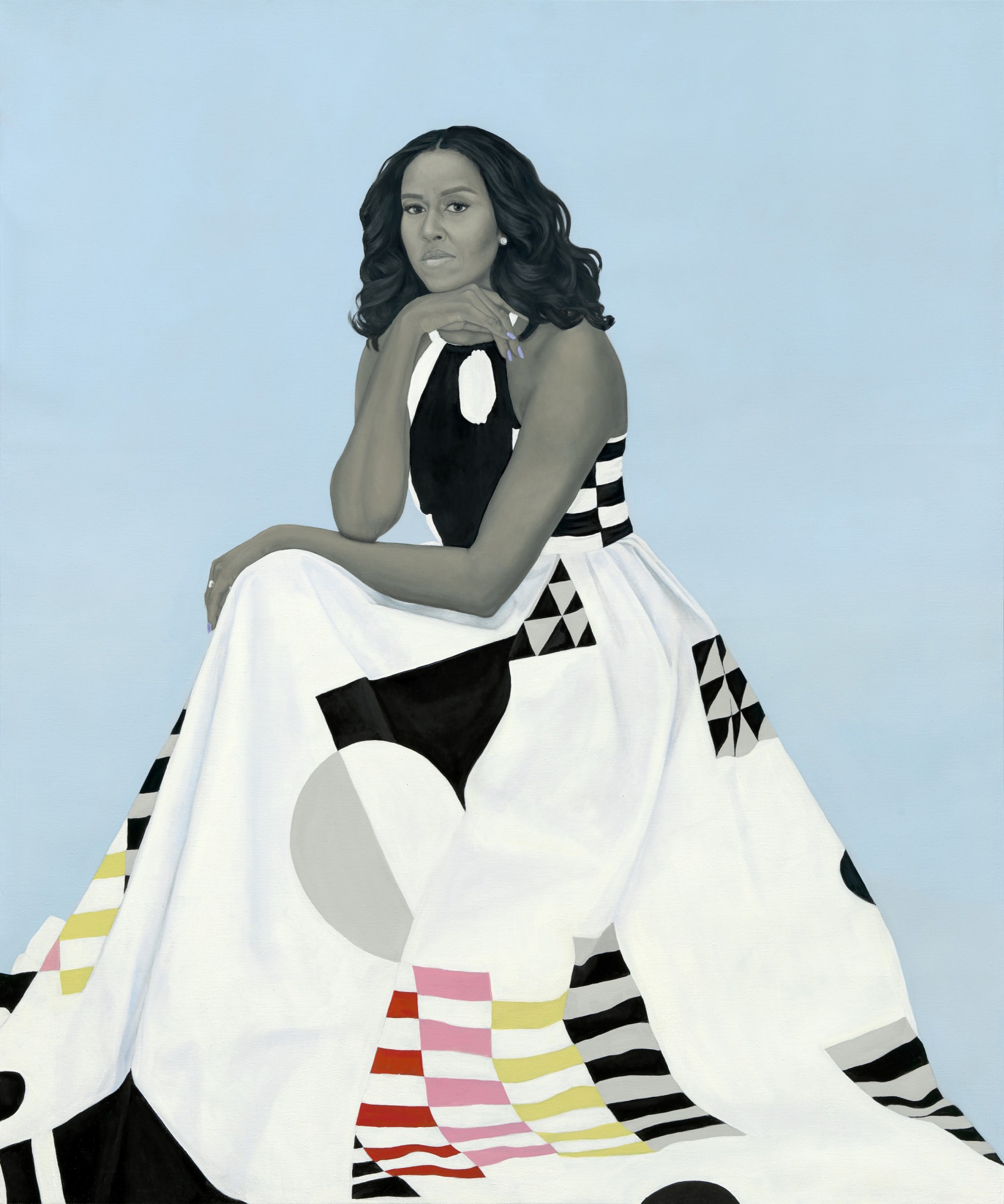 The artist who painted Obama, Amy Sherald, may not have been a mainstream name outside the art world, but she was already a successful painter living in Baltimore, known as much for getting a heart transplant in 2012 at the age of 39 as she was for her paintings. But once that portrait was unveiled, people suddenly had a lot to say about Amy Sherald and her work.

Many complained the portrait didn’t look sufficiently like the smiling, electric, telegenic Michelle Obama they adored. “I’ll take the criticism,” Amy Sherald tells Kurt Andersen, “because there’s no way in the world I could make a painting that made the millions of people that are invested in her emotionally and every other kid of way happy.”

As tough as that response to such a public commission must have been, Sherald’s work is kind of a case study in how to appreciate art in the digital age. Namely, that it should be seen in person, not on a phone or computer monitor. “I got some emails from people who said they didn’t like it, and then they went to see it in person and emailed me after and said, ‘It made me cry, it’s so beautiful,’” she says. “Paintings are meant to be viewed in person." 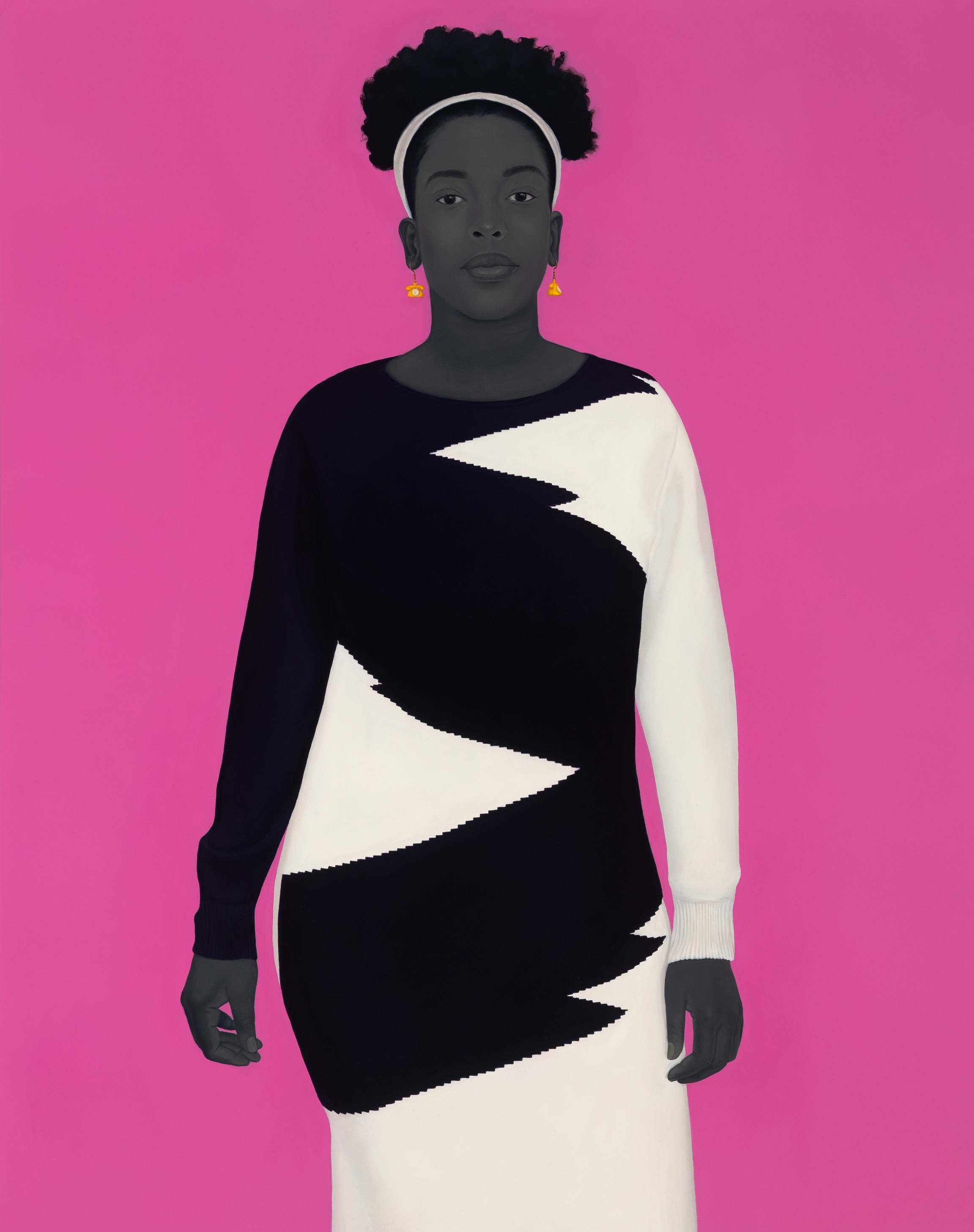 “Sometimes the king is a woman,” 2019, copyright Amy Sherald. 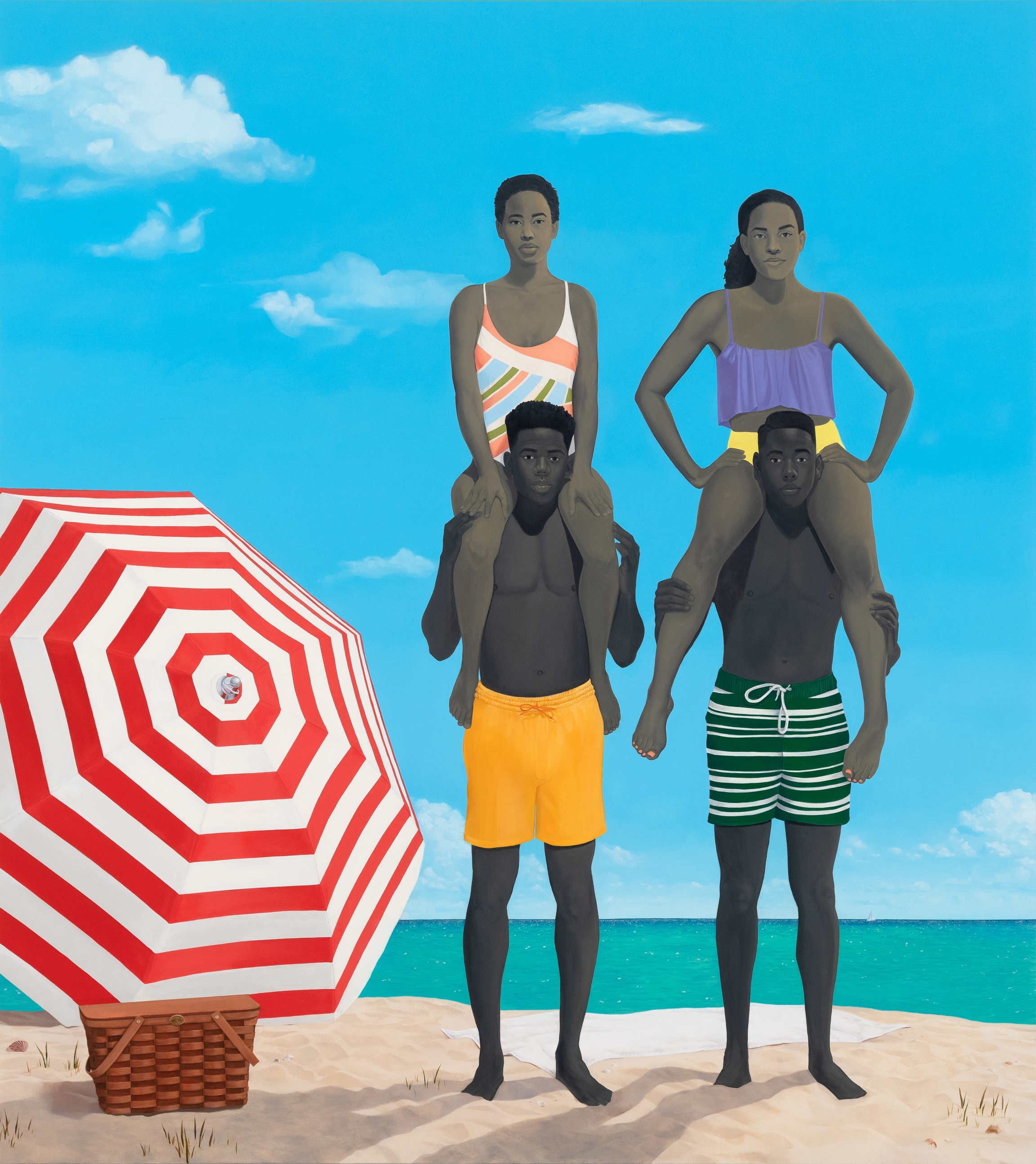 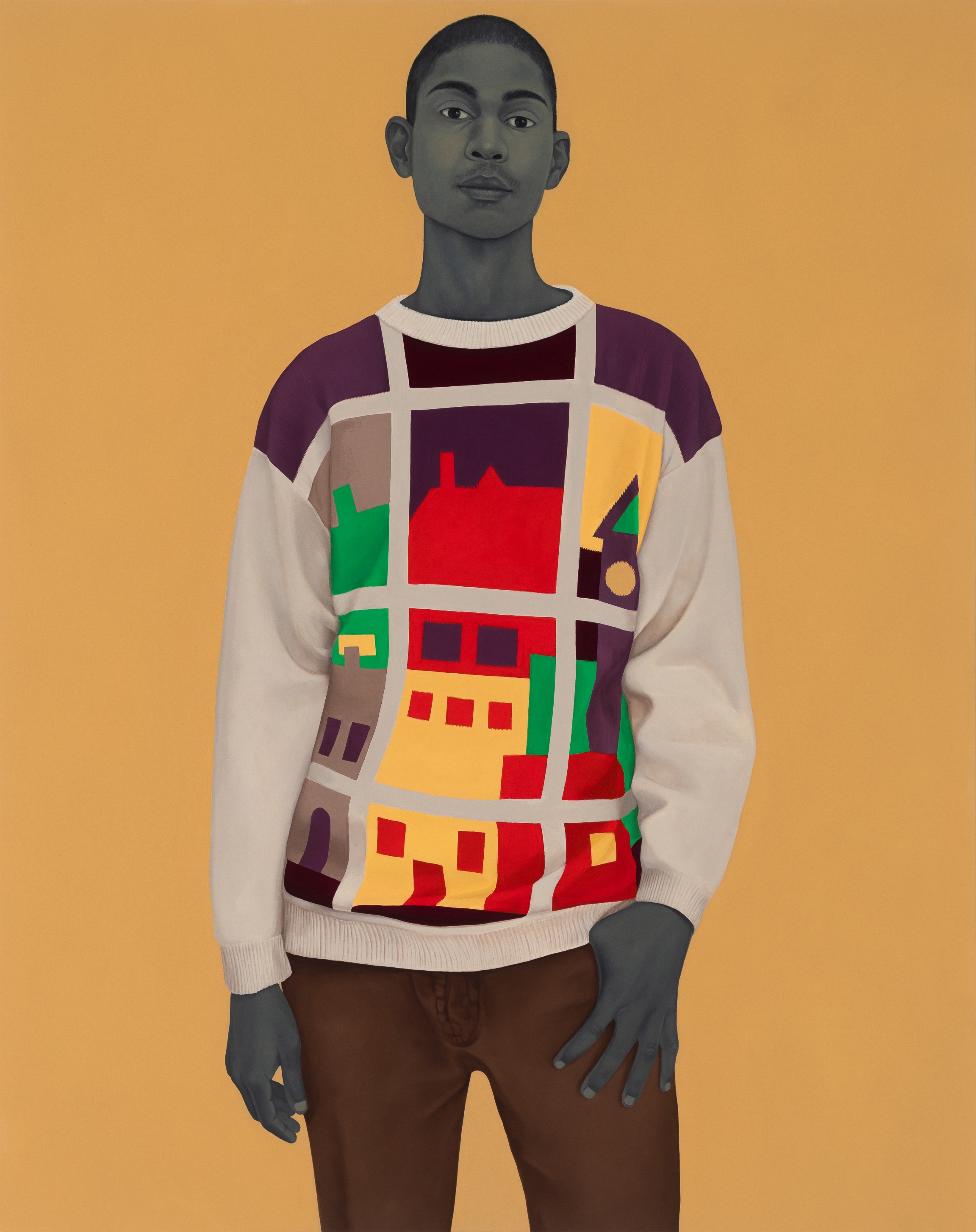 “A single man in possession of a good fortune,” 2019, copyright Amy Sherald.