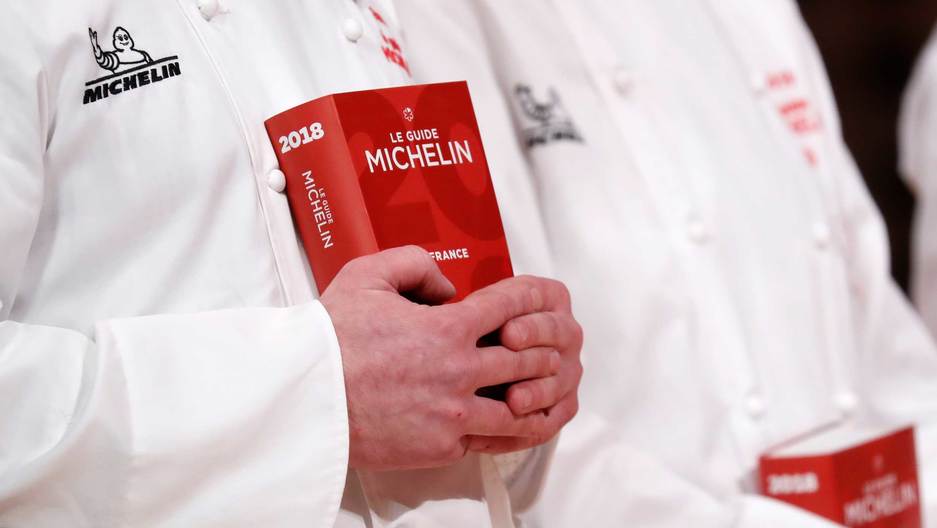 It began when the world’s esteemed little red guidebook may have mistaken the yellow in a cheese soufflé — for cheddar.

A French celebrity chef announced last month that he’s suing the Michelin Guide, the oldest and most prestigious hotel and restaurant review guide in Europe, after its reviewers stripped his restaurant of its third star.

A French court must decide whether the guide did, in fact, make a mistake. 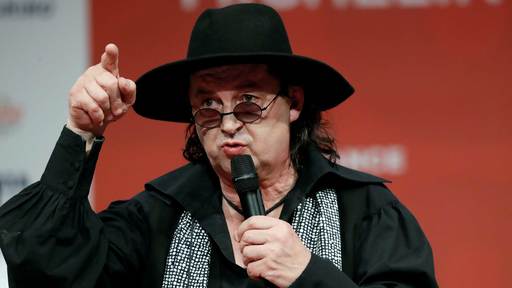 French chef Marc Veyrat speaks after he was awarded with three Michelin stars for his restaurant La Maison des Bois in 2018. He lost his third star in 2019 and is now suing the Michelin Guide for the documentation behind the rating.

The chef, Marc Veyrat, accused the guide of lack of transparency — which puts enormous pressure on chefs to earn the coveted three stars — because of the lack of explanation behind the ratings.

“I’ve been dishonored,” Veyrat, 69, told Franceinfo last week. He said he was plunged into a six-month deep depression.

The spat between Veyrat and the guide started in January when he discovered that his restaurant, La Maison des Bois, was demoted from a three-star to a two in the 110th edition of the “Red Guide.”

Veyrat hopes the court case will force Michelin to provide the documentation behind the rating.

“What I ask is [for] Michelin to give the name, the qualification and the notes [of the inspector],” said Emmanuel Ravanas, Veyrat’s lawyer. “Give us all the criteria that led to the third star in 2018 and that led to its removal one year later.”

Ravanas said that Veyrat met with Gwendal Poullennec, the Michelin Guide’s international director, for an explanation behind the rating. He says Poullennec said it was disappointing to find a slice of cheddar cheese in Veyrat’s soufflé.

But Veyrat maintains that he cooked with French cheese: reblochon, beaufort and tomme.

"I put saffron in it, and the gentleman who came thought it was cheddar because it was yellow. That's what you call knowledge of a place? It's just crazy."

"I put saffron in it, and the gentleman who came thought it was cheddar because it was yellow. That's what you call knowledge of a place? It's just crazy," Veyrat told France Inter radio.

The cheese in question is pictured above, in a series of frames from a video showing the cheese being melted into a mushroom soup. The cheese is a blend of three French cheeses with saffron, which gives it a very yellow color, says chef Marc Veyrat.

La Maison des Bois, or “the House in the Woods,” is in his hometown of Manigod, France, in the French Alps. The tasting menu uses ingredients from the restaurant’s own botanic gardens and orchards. A meal can cost between $330 to $450.

Related: In Mexico City, if you want cheese in your quesadilla, you have to ask

“I've been there when you eat there. You do not eat. You travel,” Ravanas said. “At some point, he asks you to just close [your] eyes and just to try to imagine what you are currently eating.”

Poullennec, who’s worked with the Michelin Guide since 2003, told The World that Veyrat’s lawsuit and accusations are “unfounded.”

“This topic about the cheese makes absolutely no sense,” said Poullennec, who recently launched the first US statewide guide in California. “I think it was just a way to create some buzz about about the case. Once again, we understand that [Veyrat’s] quite disappointed that we changed our recommendation from a three- to a two-star. But we stick to our principle. And our duty is to provide the customer with the relevant, accurate and actual recommendations.”

From tire sales to gastronomy guide

To boost sales, the brothers decided to create a culinary review guide to encourage motorists to drive to the French countryside, which would wear out tourists’ tires. The first edition was published in 1900.

For more than a century, anonymous inspectors have visited hotels and restaurants and written their reviews in the red guidebook.

Related: The French may soon have to accept 'le doggy bag'

The review process remains similar today. Poullennec, who became the guide’s director in 2018, explained that inspectors remain unknown to “eat meals like any of the customers” and protect their identities.

Even though the tradition is more than a century old, Poullennec, 38, says the guide is more relevant today than ever before.

The crushing weight of a Michelin star

Alexander Lobrano, an American food writer based in Paris, disagrees.

“This strikes me as being a slightly prehistoric work method now because the world of food criticism has changed so much as a result of the internet.”

“This strikes me as being a slightly prehistoric work method now because the world of food criticism has changed so much as a result of the internet,” Lobrano said.

He calls the lack of transparency outdated and unproductive.

“Nobody knows how they make their judgments and on what basis,” Lobrano said. “And there's very little feedback mostly between Michelin and headquarters in Paris and the restaurants that are visited and judged every year.”

He says this puts “crippling pressure” on cooks.

Andrew Pern, a British chef, knows this well. His pub, The Star Inn At Harome, became the second pub in the UK to make it into the guide in 2002.

It won, lost and regained the Michelin star in the time span of about 12 years.

“I think it's an industry which you've got to go with it; really, you've got to be got to be a strong character and a strong person to be involved at that level,” Pern said. “You know, it's not for the fainthearted at all.”

He said that the guide can lead to depression in the industry, and it can even take people’s lives.

Bernard Loiseau, the celebrated French chef of La Côte d’Or, killed himself in 2003. News reports suggested he was about to lose his third star, which he earned in 1991. Loiseau told Wine Spectator that “the pressure to earn that third star … was like feeling the edge of a knife pressing against his throat.”

Related: Singapore gets the world's first Michelin star for a food stall

To an outsider, it might be difficult to understand why such an iconic chef would care about losing a star at his restaurant. After all, Veryat had previously won three stars for two of his other restaurants in France.

But Ravanas said it’s more complicated than that. Veyrat’s third star for La Maison du Bois in 2018 was his comeback after the restaurant burned down in 2015. It also marked his return to the gastronomic scene after he had to give up cooking a decade ago following a major ski accident.

He said Veyrat described his grief as losing his parents a second time. He felt that he let his team of cooks down.

“My team, I saw them cry,” Veyrat told France Inter.

Ravanas says Veyrat was depressed because he couldn’t understand why the Michelin Guide removed his third star.

He says that Veyrat doesn’t want any money from the lawsuit. If he wins the case, Veyrat would only ask to be removed from the guide — a request the red review book has already denied the chef.

Sébastien Bras is the only chef in the history of the Michelin Guide to have his restaurant successfully dropped in the 2018 version of the guide. But after the guide granted his request, his restaurant reappeared in the 2019 edition — with two stars.

For Veyrat, “it’s not a question of money, it’s a question of honor,” Ravanas said. “The pressure we have from Michelin is unacceptable. [This] action is also for the young generation because this pressure is not acceptable.’”

Editor's note: An earlier version of this story said that both Marc Veyrat and his lawyer, Emmanuel Ravanas, met with Gwendal Poullennec, the Michelin Guide’s international director. Ravanas was not present at the meeting.