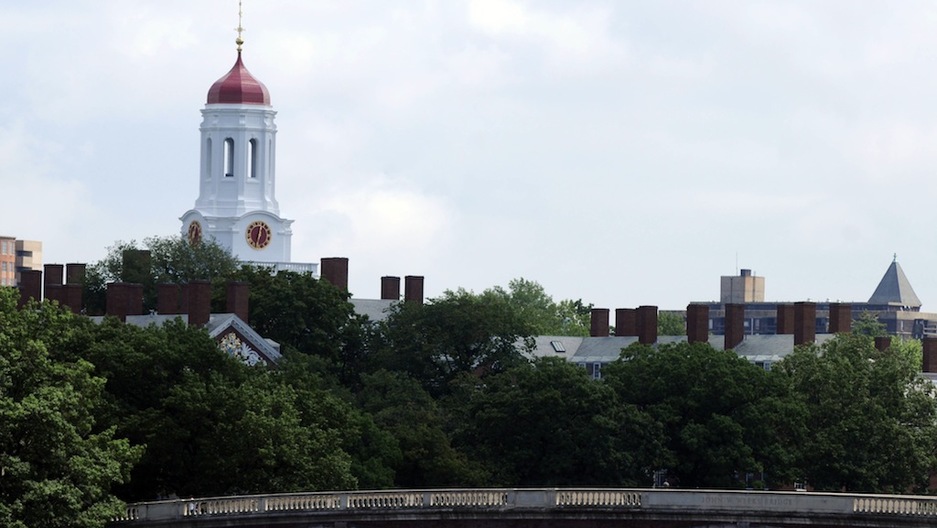 A federal district judge in Boston issued a long-awaited decision Tuesday in the affirmative action lawsuit against Harvard University, ruling that the college’s consideration of race in its admissions process doesn’t violate the rights of Asian applicants.

While opponents of the lawsuit celebrated Tuesday’s ruling, many watchers are cautious. They say the debate over race-conscious admissions policies at colleges is far from over.

“There’s a lot of work that Harvard can do to improve its admissions process. Forty-six percent of white students at Harvard are legacies, donors and athletes. So I think it’s an ongoing challenge to ensure that everyone gets an equitable opportunity for education.”

“There’s a lot of work that Harvard can do to improve its admissions process,” said Thang Diep, a 2019 graduate of Harvard who testified in favor of the university’s policies during last year’s trial. “Forty-six percent of white students at Harvard are legacies, donors and athletes. So I think it’s an ongoing challenge to ensure that everyone gets an equitable opportunity for education.”

The lawsuit was filed in 2014 by Students for Fair Admissions, which represents a group of Asian Americans who were rejected from Harvard. They alleged that Harvard engages in illegal racial quotas that unfairly limit the number of Asian students. In her decision, Judge Allison D. Burroughs acknowledges that affirmative action programs were not originally intended to be permanent solutions, but that racial diversity continues to be important to universities.

Burroughs wrote: "It is this, at Harvard and elsewhere that will move us, one day, to the point where we see that race is a fact, but not the defining fact and not the fact that tells us what is important, but we are not there yet. Until we are, race conscious admissions programs that survive strict scrutiny will have an important place in society and help ensure that colleges and universities can offer a diverse atmosphere that fosters learning, improves scholarship, and encourages mutual respect and understanding."

The plaintiffs, led by Texas conservative organizer Ed Blum, alleged that the quotas caused the percent of Asian students to remain capped at around 15% for over two decades. The suit also accuses the college of consistently giving Asian applicants lower personal ratings.

“Students for Fair Admissions is disappointed that the court has upheld Harvard’s discriminatory admissions policies,” Blum said in a written statement. “We believe that the documents, emails, data analysis and depositions SFFA presented at trial compellingly revealed Harvard’s systematic discrimination against Asian-American applicants.”

What was absent from SFFA’s presentation during the 2018 trial was testimony from students who were harmed by Harvard’s admissions practices. The complaint mentions an anonymous person who was denied admission in 2014, despite a perfect SAT and ACT scores, being the captain of the varsity tennis team and other extracurricular activities, but no specific applicants were named or appeared in court.

Several Harvard students took the stand to support the university’s race-conscious policies. One of them was Sally Chen, who graduated in May 2019 and now works for the nonprofit organization Chinese for Affirmative Action, one of 31 Asian American groups that co-signed a brief to the court in support of race-conscious admissions at Harvard.

“I’m really glad the court made the right decision,” said Chen, “but Harvard can and should do more to improve its commitment to inclusion, diversity, and equity.”

Legal experts say it’s necessary to examine the finer points of the ruling.

“The judge gave a good amount of weight to alternative explanations for Asian Americans scoring lower than whites on the personal rating, suggesting that the difference was mainly due to lower ratings given by guidance counselors and teachers —which impact the personal rating — versus intentional discrimination on the part of Harvard."

“The ruling was quite nuanced,” said Julie J. Park, professor of education at the University of Maryland and author of the book “Race on Campus” and legal advisor to Harvard in this case. “The judge gave a good amount of weight to alternative explanations for Asian Americans scoring lower than whites on the personal rating, suggesting that the difference was mainly due to lower ratings given by guidance counselors and teachers —which impact the personal rating — versus intentional discrimination on the part of Harvard."

The decision comes out as high school seniors are writing their college applications for next fall. Alyson Tom is a college counselor at Castilleja School in Palo Alto, California. In her career, Tom has encountered some parents who were concerned that being Asian may hurt their children’s chances of getting admitted to an elite college.

“I am thrilled with the judge's decision,” said Tom. If the judge had ruled against Harvard’s use of race as one of many factors in the admissions process, students might shy away from writing essays that explain how race has shaped their lives or including extracurricular activities that reflect their backgrounds.

Looking forward, she said, "I really don't see the court decision impacting the way I advise students and families. In other words, I will continue to encourage students to be their genuine, authentic selves throughout the college application process.”

However, the debate over affirmative action continues. Blum said SFFA will appeal this decision. Like Fisher v. University of Texas, another affirmative action lawsuit he initiated, Blum is prepared to keep pushing his case all the way to the US Supreme Court. The group has another lawsuit pending against University of North Carolina, although that case does not specify that the public university’s race policies hurt Asians.

“Judge Burroughs’ opinion is a thorough and painstaking application of Supreme Court precedent,” said NYU Law professor Deborah Archer. “The opinion confirms that Harvard’s race-conscious admissions program is consistent with the Court’s clear pronouncement that colleges and universities may consider race as one of many factors in a holistic admissions process.”

She believes the Supreme Court will likely eventually hear the case. “I believe his goal was to get this issue before the Supreme Court again,” she said, referring to Blum, “particularly now that the justices on the Court are more conservative than they were when the Fisher decision was issued.”

Both the Harvard and UNC cases are expected to take several years in the judicial system.

The casting of Asian Americans as the victim of affirmative action is partly what has caught the public’s fascination with the Harvard lawsuit. Asian American groups found themselves in opposing sides. The opponents of race-based policies tend to be newer immigrants, many of them from China.  Asian American Coalition for Education, one of the groups that joined in SFFA’s suit, invokes the Chinese Exclusion Act and Japanese American internment during World War II in the same paragraph as infringement of constitutional rights of Asian American applicants by Harvard and other universities.

“Affirmative action is part of the solution,” said CAA Co-Executive Director Vincent Pan, “and the attacks against it ignore everything we know about why college admissions are truly unfair for everyone.”

Ultimately, getting into Harvard may not mean conquering discrimination.

"I think there are different systems that we need to be critically thinking about rather than just asking question of, 'Oh like how do we actually know theoretically if more Asian-Americans students are on campus'?" says Jang Lee, a former Harvard student who filed an amicus in support of Harvard policies.

Chen and others who testified in support of race-conscious policies said that affirmative action is only one way to ensure equity in college admissions.

In the end, getting into Harvard may be only one step—and not the end—of a journey. They said they would like to see the university address other factors such as improving bias training for admissions officers, professors and mental health counselors.

Chen would also like to see the university’s curriculum become more inclusive, such as establishing an ethnic studies department. It’s “not just creating a diverse learning environment but actually giving thought to what that means in the classroom,” she said.