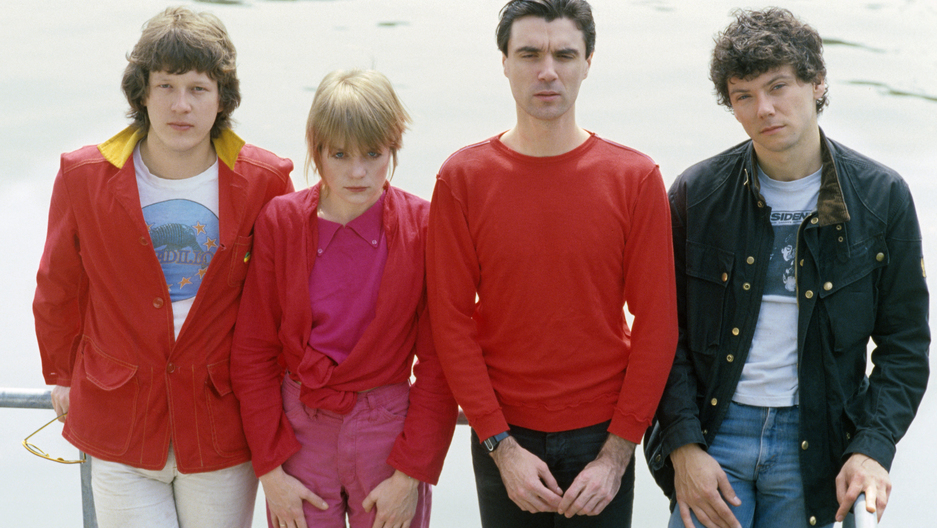 Now, he’s adding to that list of credits with his stage show "American Utopia" which is heading to Broadway in October. The show will feature songs from his latest album of the same name, as well as some of Talking Heads’ older works, with added choreography, a narrative arc and lots of other special fairy dust that elevates something from a concert to a work of theater.

Kurt Andersen spoke with David Byrne in 2012 about the group’s early years. In an era of punk decadence, Talking Heads created a pop revolution by combining tight, funk-based rhythms, a clean-cut image and themes of anxiety and social isolation. Kurt brings up the early song “I’m Not in Love,” in which Byrne wonders, “Do people really fall in love?” “I was just asking all the most super-obvious questions,” explains Byrne, who has said that he may have had Asperger’s syndrome as a young person. “Why do humans, people, we do these things? And how does it work?”

Byrne was not altogether surprised by the success of this very odd downtown art band. "I have to be sort of immodest and say that, like a lot of other bands, artists, everything else,” Byrne says, “you tend to think that the pervasive stuff around you is crap, and you and your friends are doing the real stuff. So immodestly you think, of course! Things are just going to fall into your lap because you're doing something that has some truth to it. That certainly doesn't always happen."

Byrne also talks about his book "How Music Works." It contains nuts-and-bolts information about making a living from music in the 21st century as well as more philosophical speculation about the premodern idea of the music of the spheres. “In a beautiful and kind of poetic way, for much of human history, it was thought that the universe was guided by music,” Byrne says. “Maybe we should rethink that idea.”