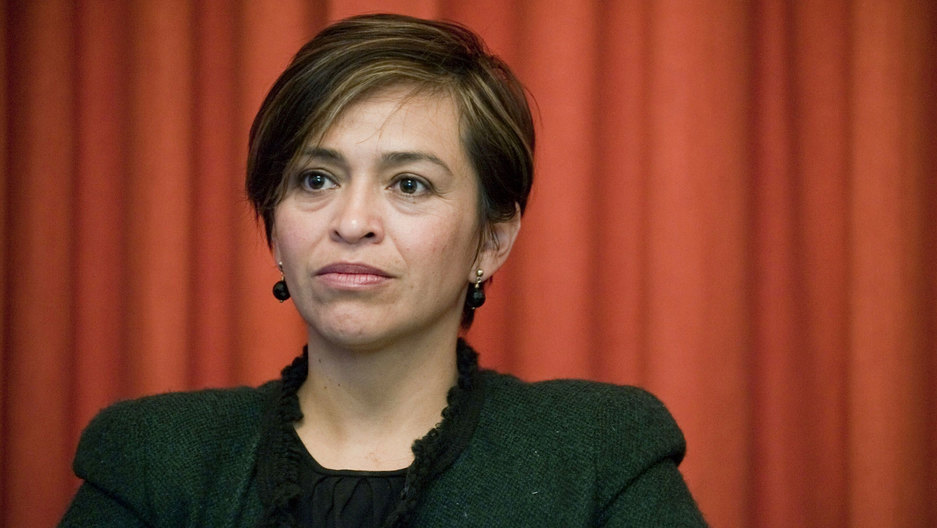 Journalist Anabel Hernandez' investigation into the disappearance of 43 students in Mexico is detailed in her new book, "A Massacre in Mexico: The True Story Behind the Missing 43 Students."

Mexican officials have begun scouring new sites for the remains of 43 student teachers, including a garbage dump near where they disappeared five years ago, after re-opening the case that plunged the last government into a crisis. 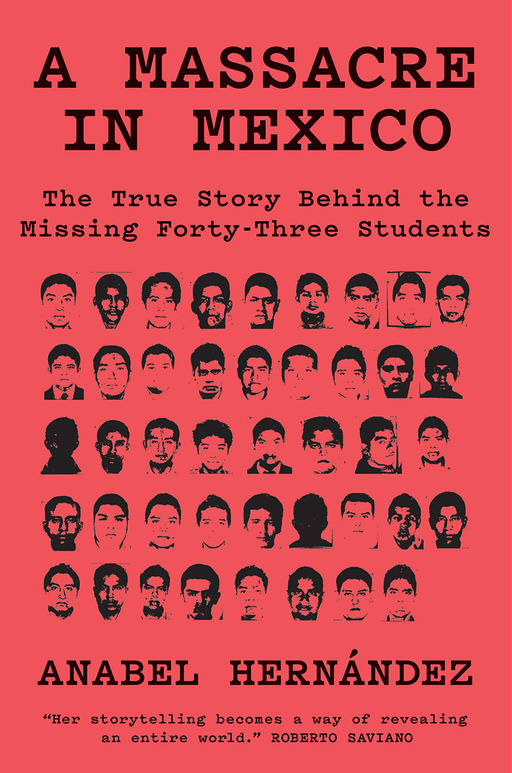 The cover of journalist Anabel Hernandez' new book, "A Massacre in Mexico: The True Story Behind the Missing 43 Students."

The abduction and apparent massacre of the youths by corrupt police working with a violent drug gang drew international outrage and led to widespread condemnation of the administration of Mexico's previous president, Enrique Peña Nieto.

A person with knowledge of the matter said one place being searched is a garbage lot in Tepecoacuilco, a few miles from the southwestern city of Iguala, in Guerrero state, where the student teachers were abducted on the night of Sept. 26, 2014.

A spokeswoman for the attorney general's office confirmed that new investigations were underway in Guerrero, but said she could not say exactly where they were taking place.

Anabel Hernandez, a Mexican journalist who has spent years investigating the case, said the military and state police are to blame for the students' disappearance. The Mexican army has refused to allow the Inter-American Commission on Human Rights to interrogate anyone who was there that night, she said. Hernandez said she knows who took part in the students' disappearance and has published their names in her new book, "A Massacre in Mexico: The True Story Behind the Missing 43 Students."

Since the students' disappearances, no one has been jailed, she said.

Publishing the names of government officials involved in the kidnapping and potential murder posed a serious risk to Hernandez' safety. She currently lives in exile. She thinks a new investigation annnounced by current president Andrés Manuel López Obrador would only be significant if it found the people who made the students disappear and put them in jail, she told host Carol Hills.

What have you concluded after all your research into who's responsible for the disappearance of these young college students?

... What I discovered is that the government arrested many people — more than 100 people who were innocent, to create "falsely guilty" people. The government tortured most of these poor people — man and women. And it wasn't just electric burns, also rape. Almost all of them were raped — even men — to force them to sign confessions of a crime they didn't commit. That's why now many of these people are released by the judge in Mexico because many didn't participate.

Who are the police? Are they local police, state police, or national police, who have arrested all these people that you say didn't do it?

We are talking about military marines and federal police. I mean the torture was committed by federal institutions — no local institutions, no municipal institutions. The people who arrested these innocent persons and raped them and tortured them to force them to sign a confession of a crime they didn't commit was the federal government. And we have to remember that in that moment the president was Enrique Peña Nieto.

What I was able to discover is that two of these five buses the students were traveling on that terrible night [carried] millions of dollars of heroin — two of the five buses. The heroin belonged to one boss, to one couple that is the head of one cell of the ... cartel there in Guerrero. That leader got notice that the students were moving the buses that were taken some days before ... So he called the colonel of the 27th battalion in Iguala, he called the federal police and ordered the military that they take back his drugs. So in that night, it is very important to understand that the major, the municipal police, even the state police, didn't have the control of this city, according to the documents that I was able to find. In Iguala, the only group that was able to give orders to all the other institutions was the Army. And that's what happened that night.

Yes, that's the point. And that's why just on two buses out of a [total of] five students disappeared.

So you're saying that the military and the drug lords who were involved in taking back this bus — and the heroin on it — decided that they had to get rid of these students and kill them, because they knew too much?

What do we know happened to the students?

Well, I'm still investigating. What I can tell you is that the students were never were taken to that landfill. That's the official version [but] they never were. Their 43 bodies were never [buried] in that landfill. The students were divided in different groups. Some said seven were taken to one place; 10 were taken to another place, because, of course, they were 43 students together — they were young and strong, and it would have been impossible to control them ... So the problem is that no one knows where their bodies are. This is the point. No one knows where they are ... except, of course, the military and the people who participated in the disappearance.

The current Mexican president López Obrador is opening a new investigation into the disappearance of the 43 students. He says he wants to start from scratch. How significant is that?

It will have significance if they are able to put in jail the people that really committed this crime. The problem is that, until now, all the things are just the same. No one is in jail. Many of the people who are innocent are starting to be released since last year. Even some weeks ago others were released — people who were innocent — but no one knows where the people who are guilty are. I mean, the government is not doing their investigation to try to resolve the case. I don't know what they are waiting for.

Do you yourself know of any of the people who were actually involved in the disappearance and murder of these students? And, through your research, have you determined any particular people?

Absolutely. I mean, I put the names of the people who participated in that night in my book. It was the members of the military and the federal police. And no one is in jail.

You've sacrificed a lot in doing this investigation. Why did you leave Mexico yourself?

I have been in danger and received threats in Mexico since 2010 when I published my book, "Narcoland: The Mexican Drug Lords and their Godfathers." I was able to survive there and tried to keep doing my job. After one attack in 2013, I needed to leave Mexico, and that's why I went to UC Berkeley in San Francisco. Then I went to Mexico in 2016 to finish my investigation on the students ... When I gave the presentation of this book, "A Massacre in Mexico," in December of 2016, I was attacked again by a group of eight people. My bodyguards had to take me away from there ... So I had to leave Mexico again because I knew that the investigation published in my book, "A Massacre in Mexico," was very uncomfortable. And what I can tell you now is, the only good thing that the new government is doing is that it will start to prosecute the Attorney General — that was the head of this investigation — and also other people who participated in this investigation, to manipulate the truth, and put in jail people who were innocent.