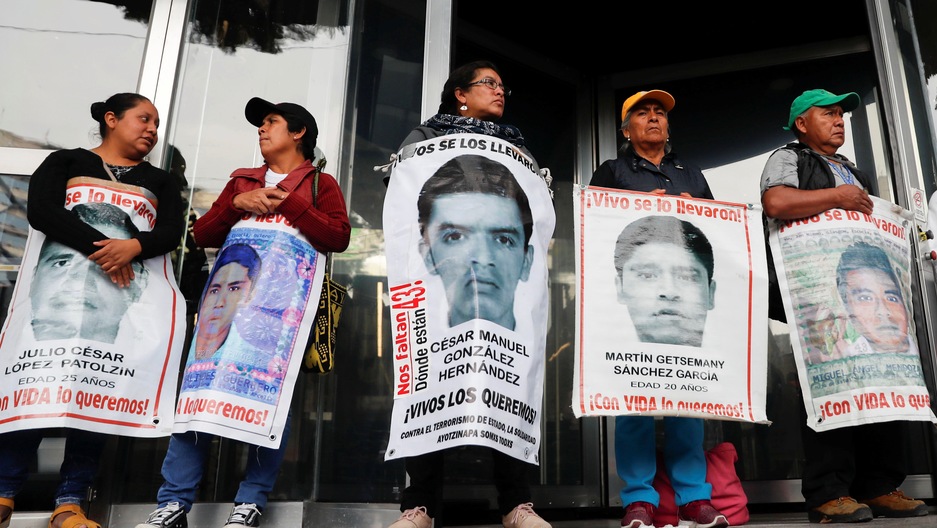 People hold placards that say, "He was taken alive, we want him alive," as they participate in a demonstration to demand justice for the 43 missing students of the Ayotzinapa Teacher Training College outside the attorney general's office, in Mexico City, Mexico, Sept. 25, 2019.

Five years ago this Thursday, Carmen Mendoza received a text from her son at 1:16 a.m. asking her to add credit to his phone — that it was urgent. And then, silence.

That was the last she heard from her son, a 19-year-old teacher-in-training at the Ayotzinapa Rural Teachers’ College in the southern state of Guerrero. In all, 43 students from the college disappeared on Sept. 26, 2014, in a case that remains a dark stain for Mexico and a vivid reminder of the corruption and impunity that runs through the country.

“The previous government took our children.”

“The previous government took our children,” said Carmen Mendoza, referring to the administration of former President Enrique Peña Nieto, as she donned a T-shirt with a picture of her son, Jorge Aníbal Cruz Mendoza. “The government kept making up excuses and telling us lies until we reached this point.”

Related: When ‘treasure’ is a missing person's remains

Five years on, Carmen Mendoza and other relatives of the missing students continue to press for answers and seek justice, but to no avail.

This month, a judge ordered the release of 24 police officers arrested in the case. The judge said the suspects had been tortured. Their release came on the heels of another collapse in the case: A judge also released a prime suspect citing insufficient evidence. The suspect — an alleged drug cartel leader — supposedly masterminded the crime because he mistakenly believed the students were part of a rival cartel. 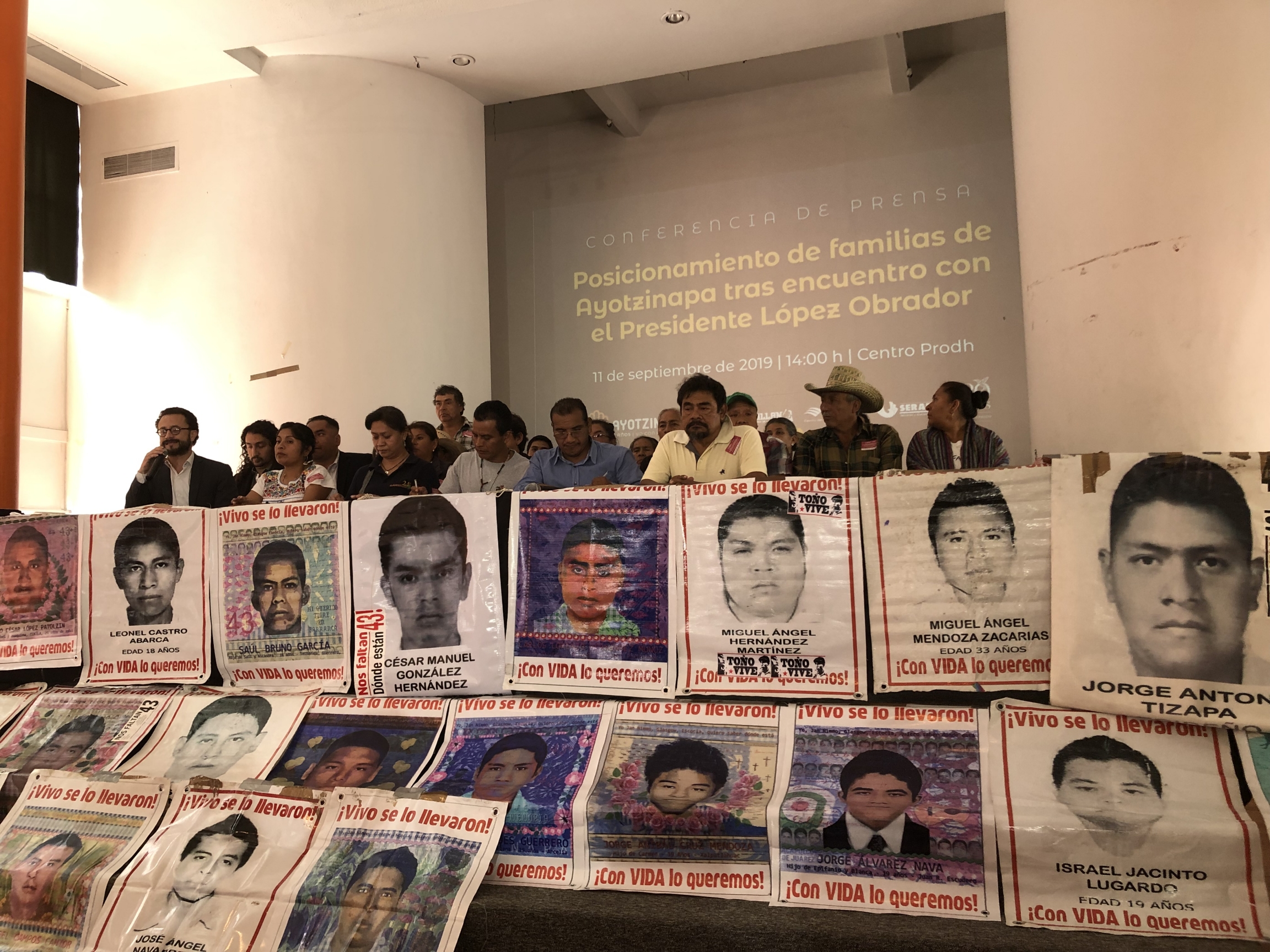 Mexico’s current president, Andrés Manuel López Obrador, echoed that criticism and suggested that the prime suspect's release was part of a cover-up.

“We are going to formally present a complaint to the attorney general’s office and the judicial branch in this case,” he said at a recent morning press conference.

The president is also launching a truth commission, and the new prosecutor general plans to reinvestigate "almost from scratch." Mexican authorities, meanwhile, are following up on a new lead and searching a garbage dump for students' remains.

The day of the students’ disappearance started innocuously. As they had in years past, the students commandeered buses to attend a protest commemorating a massacre of students in Mexico City some 45 years earlier. This was a long-standing tradition that the bus companies had tolerated.

But this time was different. Police officers posted on the highway shot into the buses with bullets and tear gas. One student was shot in the head; another took a bullet to the hand and lost several fingers. The students “felt confusion, terror, and helplessness,” according to a report by independent investigators. Some of the students managed to hide. But 43 were taken by the police, the report says, and never heard from again.

A few weeks after their disappearance, Mexico’s attorney general announced the results of the government’s investigation.

Related: US and Mexico need to 'work against a discourse of hate and racism,' ambassador says

But even the government’s grim version of events soon came under attack. Independent investigators say a likelier scenario is that security forces attacked the students because they had — unknowingly — commandeered a bus with a heroin shipment headed to the US. The investigators also say there is no evidence that the students' bodies were burned. To this day, it’s unclear where the students were taken.

Adding to the frustration in the search for answers are revelations that the Peña Nieto administration spied on investigators brought in to probe the case, and stonewalled the investigators’ efforts to uncover the truth.

“The case shows a broken justice system. The fact that this case still hasn’t been solved is a stain on Mexico’s image.”

“The case shows a broken justice system,” said Santiago Aguirre, a lawyer for the families of the disappeared students, and among those the government spied on. “The fact that this case still hasn’t been solved is a stain on Mexico’s image.”

Related: Mexican women are angry about rape, murder and government neglect — and they want the world to know

López Obrador has promised to find the missing students, and to meet with the parents in person every three months until the case is resolved.

The parents of the disappeared students say they are hopeful he will deliver on his promise.

“It’s been five years of suffering, all because of Peña Nieto. He told us nothing but lies,” said Cristina Bautista, whose son, Benjamín Ascencio Bautista, was 19 when he disappeared.

Cristina Bautista has moved to the rural town where her son went to school in the hopes that he will be returned to her.

“For me, and all the mothers, we say that our sons are alive because the government took them. The police took them — they just don’t say where,” she said. “We will keep looking until we find our children. Because they were taken alive, and we want them alive.”