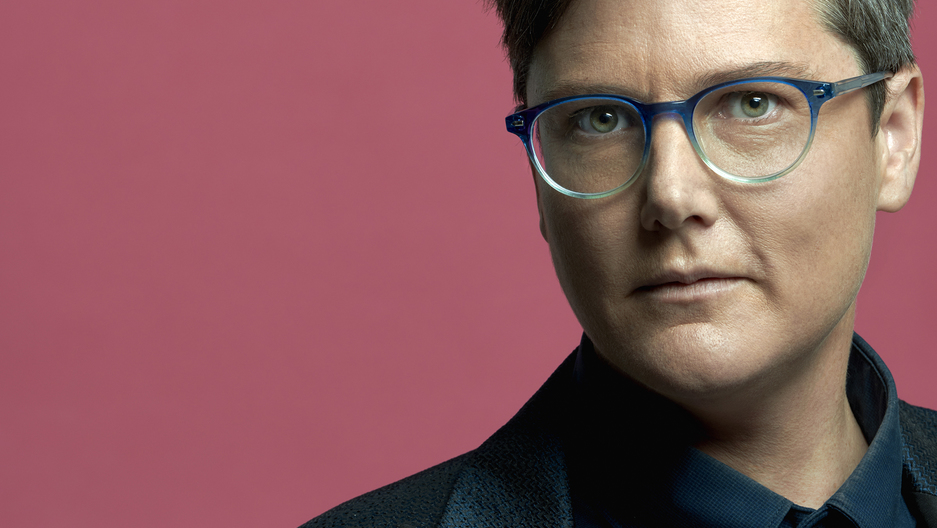 The most talked about comedy special of 2018 came from a comedian most Americans had never heard of: Hannah Gadsby.

The Tasmanian-born stand-up released her show “Nanette” on Netflix last summer. While “Nanette” begins almost conventionally, over the course of an hour, it becomes poignant, confrontational and gut-wrenching, addressing trauma, violence, homophobia and the nature of comedy itself. “Nanette” turned Gadsby into an overnight sensation, and, just this past week, won her an Emmy.

Before “Nanette,” Gadsby had steadily built a reputation on the Australian and British festival circuits over the course of a decade. Then came a diagnosis of autism. “‘Nanette’ was pretty much the show I could write once I understood what was setting me apart,” she tells guest host and fellow comedian Hari Kondabolu. “Because all my work prior to that was going, ‘I'm sorting out what's wrong with me,’ whereas then I'm like, ‘Oh, I know what's wrong with me. I know my limits.’ But then I turn my critical eye onto the world. And I'm going, ‘I can also see your limits.’”

For all the adulation “Nanette” received, it’s also been criticized by a loud contingent for its more serious bits of social commentary, thereby not truly counting as “comedy.” “I think if the only reason you speak is to make people laugh ... what are you saying?” Gadsby responds. “Comedy was invented so recently, it's a literal joke ... It hasn't been around long enough to be getting this high and mighty about something you just made up.”

Gadsby is currently in the middle of a world tour with her joke-heavy new show “Douglas,” which explores her diagnosis of autism. Gadsby also hopes to use “Douglas” to bait critics of her previous work. “I mean, if you’ve got a platform, what are you gonna do?” Gadsby says. “You either are going to do good, or you're gonna troll trolls. I've already done good. So why not troll trolls?”

Here’s me with my new pal @Hannahgadsby! Listen to our conversation on an upcoming @studio360! pic.twitter.com/pz90v17Quu