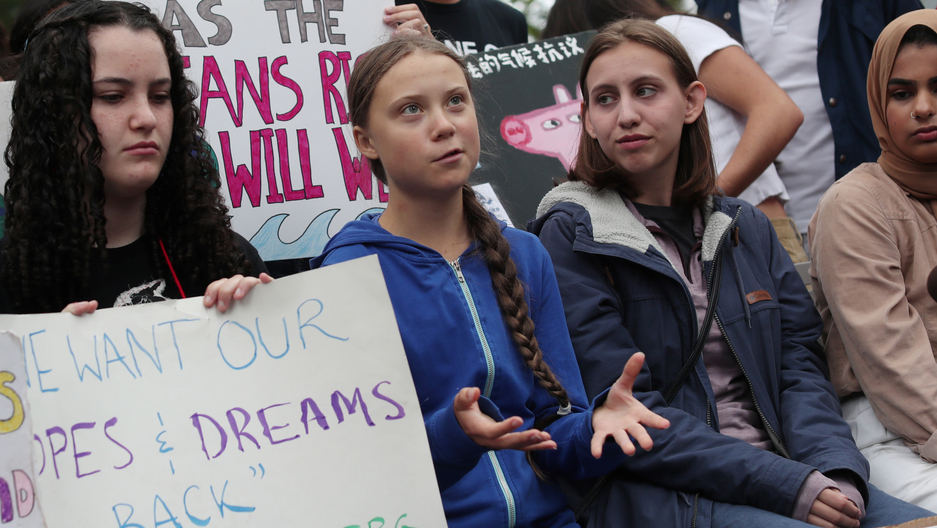 Swedish teenager Greta Thunberg, who has shot to global fame for inspiring worldwide student strikes to promote action against climate change, took her mission to US President Donald Trump’s doorstep on Friday with a protest outside the White House.

Hundreds of mostly young people gathered across the street from the White House to meet her carrying signs reading "People or Profit?" and "Warming!", chanting "This is a crisis, act like it!" and "Business as usual is not enough."

Jennifer Morash, a doctoral candidate in plant science, brought her daughter Adeline, 9, to the rally after getting permission from her school in Maryland. "I just want to make sure we all have a happy future and for people to take climate change seriously," Adeline said.

Many protesters laid down and kept still for 11 minutes for a "die in" representing 11 years they said that scientists believe the world has to make changes needed to stave off dangerous climate change. 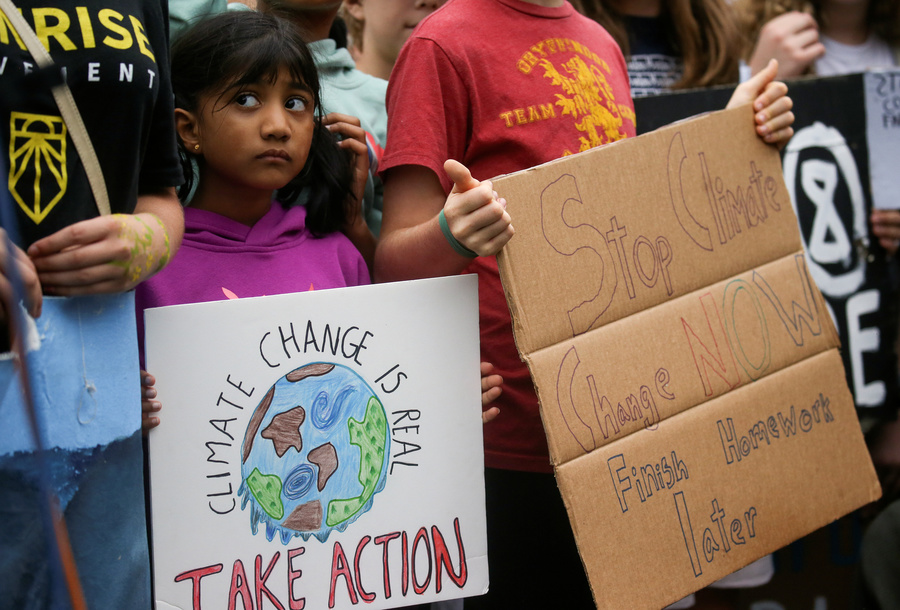 The demonstration marked the first high-profile event of her six-day visit to Washington, intended to pressure the Trump administration ahead of a United Nations Climate Summit, where world leaders will be asked to ramp up their carbon-cutting ambitions to fend off global warming.

Trump is among a small minority of global leaders who has openly questioned the science of climate change. He has announced his intention to withdraw the United States from the Paris Climate Agreement — a global pact to stem the rise in global temperatures — and maximize American production of fossil fuels.

Thunberg has said she does not believe she can convince Trump or other climate change doubters that global warming is real, but hopes they will take briefings from “actual scientists and experts in this area.”

The 16-year-old activist last year started missing school every Friday to demonstrate outside Sweden's parliament and is bound for New York later this month, where she will take part in the UN Climate Summit.

Prior to that, Thunberg will address Congress on climate change and later join Democratic lawmakers and plaintiffs in the Juliana vs. the United States case — in which a group of young people sued the government for failing to address climate change — at the Supreme Court.

Thunberg was nominated for a Nobel Peace Prize earlier this year after the number of students taking part in the “Fridays for Future” school strikes broke 2 million across 135 countries. She was named one of the world’s most influential people by Time magazine in May.

Conservative and far-right lawmakers in Europe, however, have ridiculed her, mocking her as a “guru of the apocalypse” and a “Nobel prize of fear.” She was also described as a “deeply disturbed messiah” leading a “cult” in an opinion column by conservative Australian commentator Andrew Bolt.

Thunberg arrived in the United States last month on a racing yacht equipped with solar panels and underwater electricity turbines to ensure that it left no carbon footprint. She is taking a year off from school to travel around the Americas.