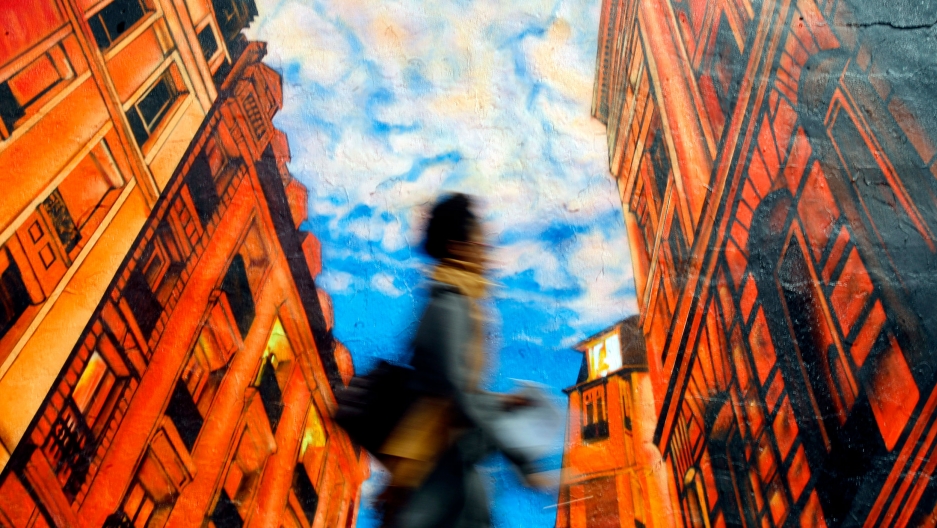 In the eastern part of the continent, potential population density tends to be the factor most strongly linked to language diversity.

People across the world describe their thoughts and emotions, share experiences and spread ideas through the use of thousands of distinct languages. These languages form a fundamental part of our humanity. They determine whom we communicate with and how we express ourselves.

Despite continually mapping the distribution of languages across the world, scientists have few clear answers about what caused the emergence of thousands of languages. Collectively, human beings speak more than 7,000 distinct languages, and these languages are not uniformly distributed across the planet. For example, far more languages are spoken in tropical regions than in temperate areas.

But why are there so many languages spoken in some places and so few in others? 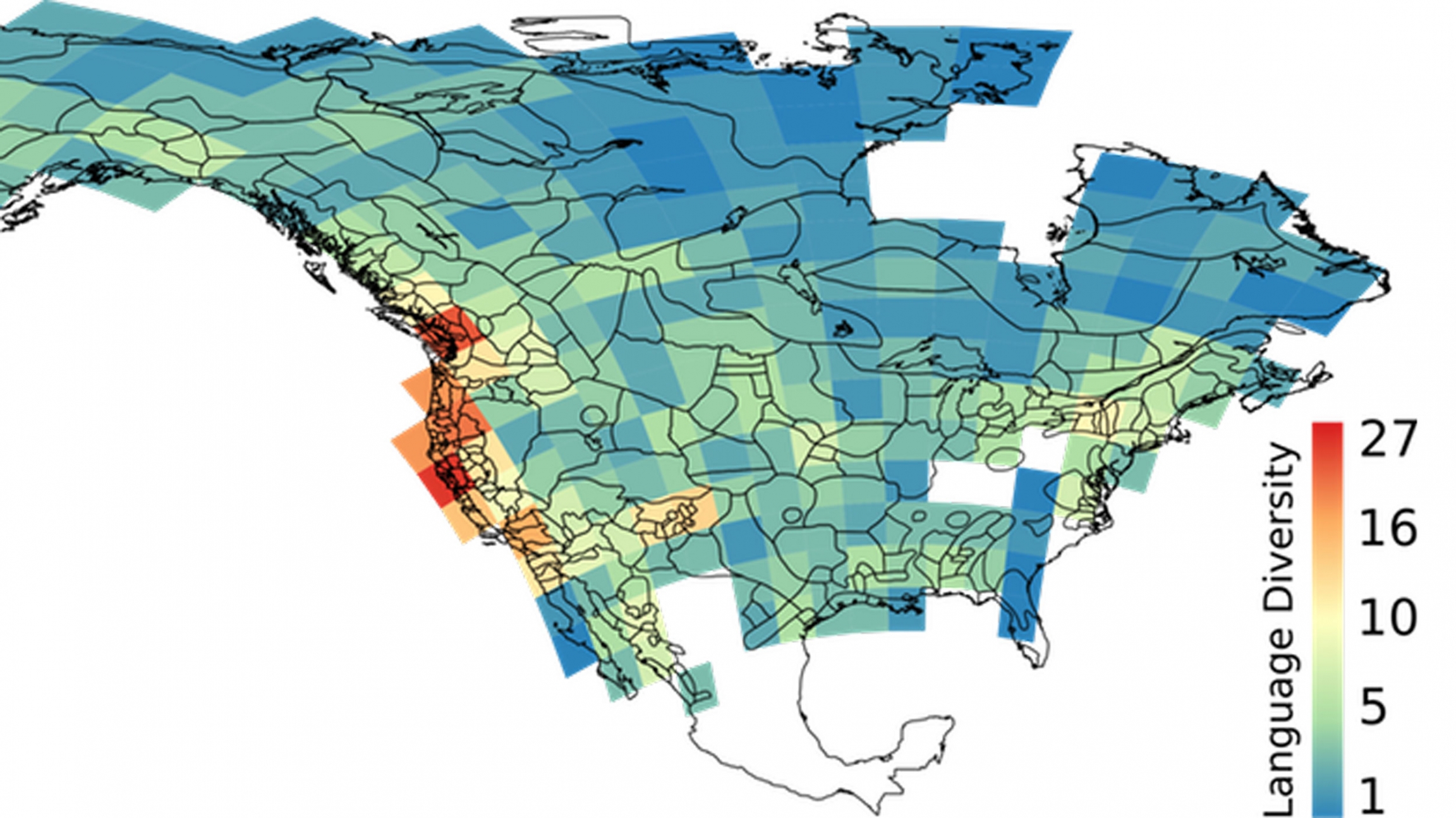 A grid map of language ranges in North America prior to European contact.

Our research team has been tackling this longstanding question by exploring language diversity patterns on the continent of North America. Prior to European contact, North America was home to speakers of around 400 languages, unevenly spread across the landscape. Some places, such as the West Coast from present-day Vancouver to southern California, had far more languages; other areas, such as northern Canada and the Mississippi delta region, appear to have had fewer languages. We drew on methods from ecology originally developed to study patterns of species diversity to investigate these patterns of language diversity.

Many theories have outlined possible ways the world’s languages might have diversified.

Fundamental to all of these theories is the idea that languages are markers of social boundaries between human groups. People who speak the same language share a common means of communication. And this fact is readily evident both to those who speak the language and those who do not. After just a few words, you can often surmise who is in your group and who is not.

Related: A push to support language diversity in India

So any factor that might create or weaken the social or physical barriers between groups may also influence the emergence or extinction of languages.

One idea is that physical barriers create boundaries between human groups. When people move to the other side of a large mountain range, for instance, or the ocean, it becomes increasingly hard to interact with previously neighboring groups. Over time, if the groups remain isolated, one might expect their languages to diverge. If physical isolation is a critical factor, then we should find a larger number of languages in locations that promote more isolation, such as mountainous regions.

Another possible way group boundaries might form involves how much groups must cooperate in order to survive. Some researchers suggest that more extreme or variable climatic conditions can make food harder to obtain. This uncertainty may lead people to build larger social networks in order to share resources in times of need. More frequent contact through the extended social networks could dissolve social boundaries and reduce language diversity. In this case, one would expect less language diversity in locations with unstable or extreme climatic conditions.

Perhaps how many people can live in a given location also shapes language diversity. Some environmental and social conditions can support higher densities of people. These greater population densities might lead to increases in language diversity in a number of ways. For example, human groups do not increase infinitely. Maintaining social ties may come at a cost, such that when a group gets too big, it will tend to divide. Therefore, you might expect more distinct human groups to accumulate in locations that can support more people. And with more distinct groups, you’d also expect to see more languages in these locations.

Surprisingly, few of these theories, or many others that researchers have proposed, have been rigorously tested. And the tests that have been done point to contradictory results. For instance, some studies support the idea that less language diversity is found in locations with unstable and extreme climatic conditions, while others found little or no support for that idea.

Recently, our interdisciplinary research group tried to untangle which factors had the most influence on language diversity in different places. Combining ideas from linguists, ecologists, evolutionary biologists and geographers, we took a unique approach. We used statistical techniques to estimate how the effects of environmental and sociocultural factors on language diversity changed from one location to another. In our study, each location was represented by a 300 km² grid cell, as is visible in all our maps.

We found that the most important variables associated with language diversity varied from one part of North America to another.

For example, on the West Coast, we found that variability in temperature over time is a key driver linked to language diversity. This result provides some support for the idea that in areas with more stable environmental conditions, human social networks can be smaller and more languages may exist.

However, in the eastern part of the continent, potential population density tends to be the factor most strongly linked to language diversity.

We also found that in some places, such as the high-language-diversity regions on the West Coast, our model could predict the number of languages present very accurately, whereas in other areas, such as the Gulf Coast of the U.S., we have limited understanding of what drove language diversification. 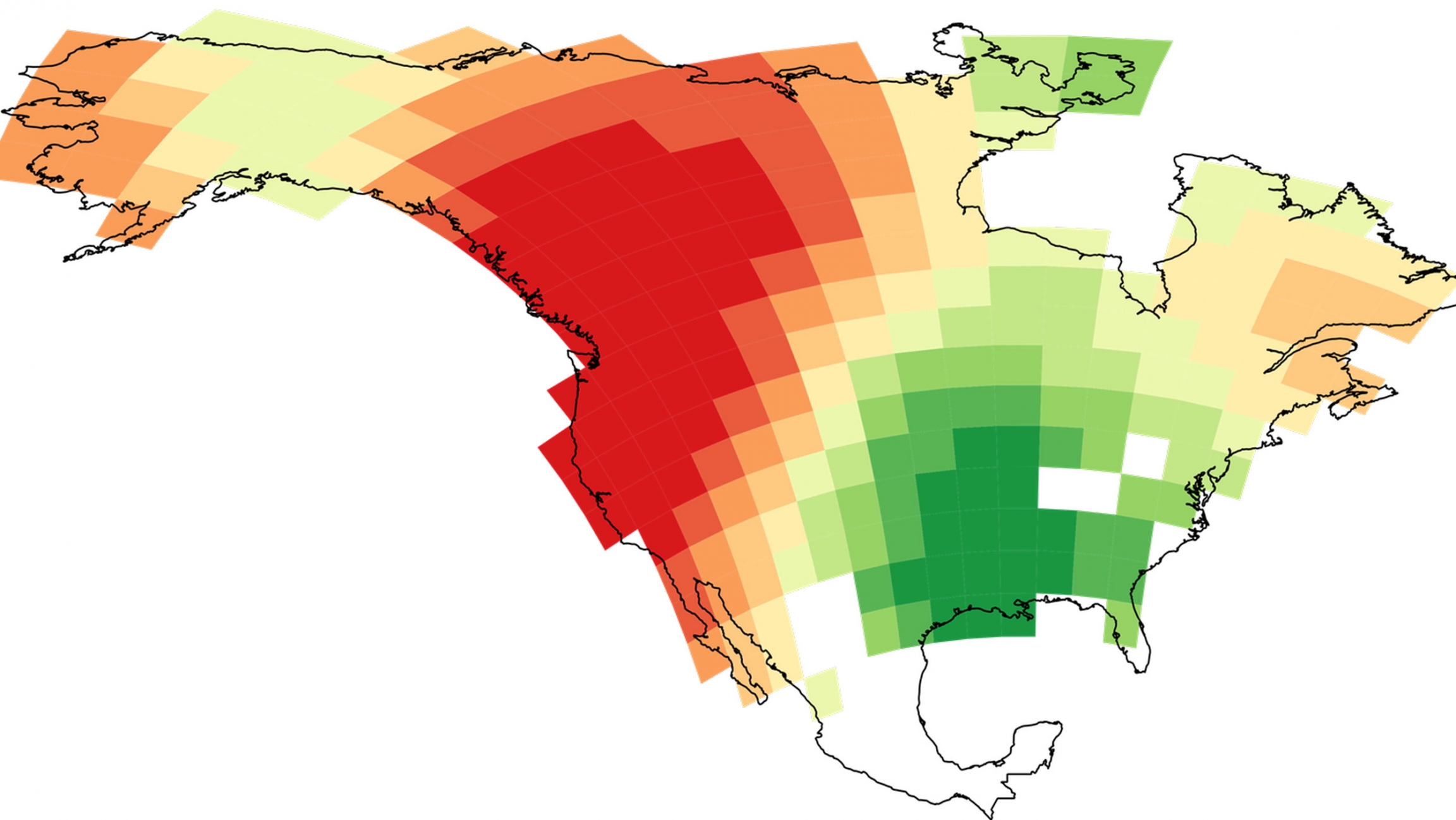 The model’s ability to predict the number of languages varied from excellent in some places (red) to poor in others (green).

Our analytical tools were originally developed to study patterns of species diversity; these approaches are now starting to increase scientists’ understanding of what factors shaped human diversity. But our results so far also underscore how much is still unknown about how cultural diversity originated and how it will change into the future.