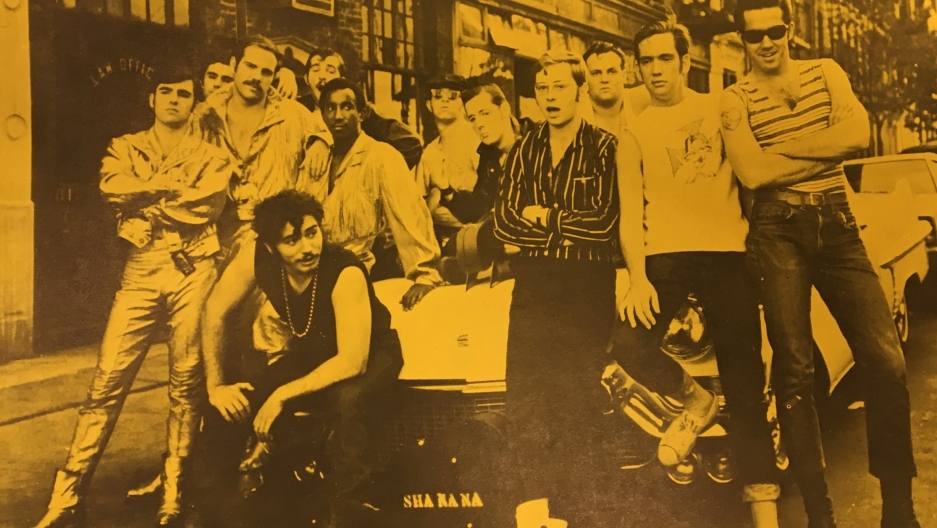 Next to the psychedelic sounds of Jimi Hendrix and Jefferson Airplane, this campy retro cover band seems utterly incongruous. Sha Na Na’s inclusion at Woodstock is even stranger given that they didn’t have a record out — and that they were, in fact, a bunch of Ivy League undergrads in an a cappella group.

In 1969, Columbia University was still reeling from the massive student protests that had divided the campus the previous school year. “It was like the Civil War, only on campus,” George Leonard says, a grad student at the time, “where people who had been pals and worn beanies together in freshman year were now really beating each other up on sight.”

But he had a surprising strategy for unifying the students — appeal to their collective nostalgia. Leonard transformed the Columbia Kingsmen, his younger brother Robert’s a capella group, into a theatrical ‘50s revival band. “We were a vaudeville act,” Robert Leonard says. “We were a music hall act. I mean, intricate choreography — this highly stylized thing. George choreographed every emotion, every hand movement.”

Newly christened Sha Na Na, the group became a popular live act. Within months of their first gig, they were recruited to play Woodstock, going on right before Jimi Hendrix. Sha Na Na’s performance there seemed to kick off a wave of 1950s nostalgia in American pop culture, including “Grease,” “American Graffiti” and “Happy Days.”

For most of the original Sha Na Na members, rock stardom was a temporary detour, before building distinguished careers as lawyers, doctors and academics. Today Robert Leonard is Professor of Linguistics at Hofstra University and a leader in the field of forensic linguistics. George Leonard is Professor of Interdisciplinary Humanities at San Francisco State University.