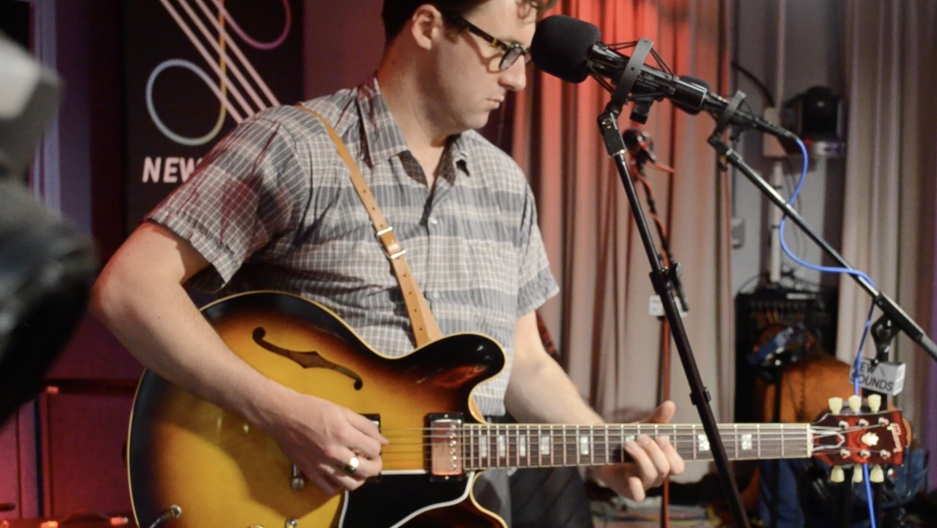 The album was recorded at Los Angeles's Electro Vox Recording Studios, which opened in 1936 and has hosted recording sessions for artists like Bing Crosby, Nat King Cole, and Henry Mancini among many others. The 11 tracks were recorded and cut on tape.

“It's not a time machine thing. It's like the difference between deciding to paint and take photos, and the texture is what is part of my expression,” Waterhouse says. “When something gets that really great magic little harmonic distortion that occurs when you record something on tape — that's something that is not going to happen much longer. It's really hard to keep doing it that way, like the supplies and all the equipment and the people who can run it are running out.”

In our studio, Nick Waterhouse was joined by Jessica Wilkes on bass and vocals, Jay Rudolph on drums, Judd Nielsen on Piano, Carol Hatchett on backing vocals, Mando Dorame on tenor sax and Paula Henderson on baritone sax. Our session was engineered by Irene Trudel at WNYC and mixed by Studio 360’s Sandra Lopez-Monsalve.

You can listen to Nick Waterhouse’s newest album here: