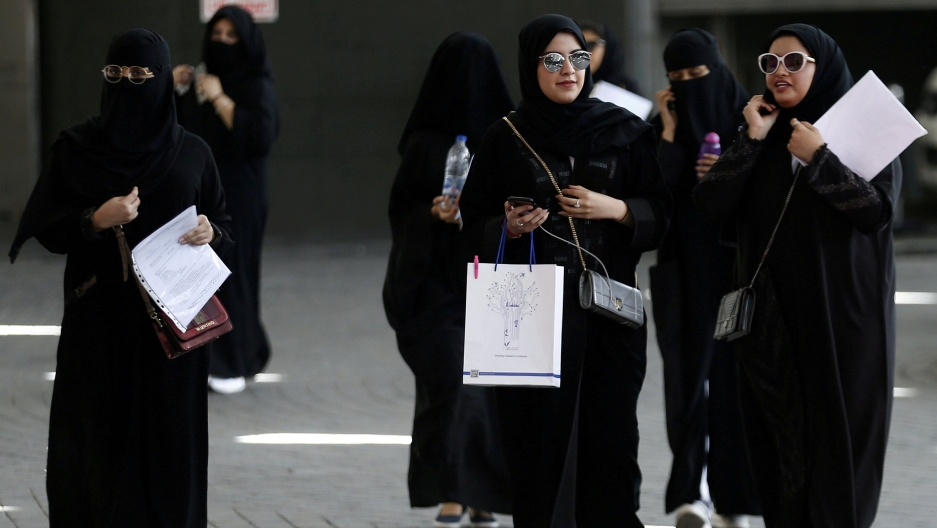 Saudi Arabia has allowed adult women to travel without permission and granted them more control over family matters, further eroding a heavily criticized male guardianship system at a time of heightened scrutiny over its human rights record.

A series of royal decrees published by the official gazette on Friday stipulated that a Saudi passport should be issued to any citizen who applies for it and that any person above the age of 21 does not need permission to travel.

The amendments to regulations also grant women for the first time the right to register child birth, marriage or divorce and to be issued official family documents and be eligible as a guardian to children who are minors.

Riyadh has long endured international censure over the status of women, who rights groups say are often treated as second-class citizens under rules requiring them to get the consent of a male guardian for important decisions throughout their entire lives, regardless of age.

The kingdom's de facto ruler Crown Prince Mohammed bin Salman has eased social restrictions, such as lifting a driving ban for women last year, as part of a push to open up the conservative Muslim kingdom and transform the economy.

Last year's murder of journalist Jamal Khashoggi at the hands of Saudi agents caused a global outcry, however, and the Gulf Arab state has been widely criticized for the arrest and alleged torture of nearly a dozen women activists.

Guardianship's status between law and custom makes it a thorny issue for Prince Mohammed, who indicated last year he favored ending the system but stopped short of endorsing its annulment.

The changes got mixed reviews on social media, with the kingdom's ambassador to the US tweeting that she was elated.

I am elated to confirm that KSA will be enacting amendments to its labor and civil laws that are designed to elevate the status of Saudi women within our society, including granting them the right to apply for passports and travel independently. 1/4

But some activists fighting for women's rights in the region are saying not so fast. The World's Marco Werman spoke to Inès Osman, the director of MENA Rights, which promotes human rights in the Middle East and North Africa.

Marco Werman: Saudi Arabia has what's called "guardianship rules." Could you just first of all briefly explain what those are?

Inès Osman: There are several guardianship laws and some of them have been amended, allowing women over the age of 21 to apply for passport or travel without permission. This is obviously a positive move and the biggest blow ever, actually, to the male guardianship system. However, women continue to face numerous restrictions under the male guardianship system and they still need the approval of their male guardian to marry, for example, or live on their own, even to leave prison after they served their sentence. So, although some restrictions have been lifted, we still have a bunch of measures in place that restrict the freedom of women at the moment.

What was your reaction when you heard the announcement yesterday?

In March of this year actually, Saudi Arabia had pledged before the United Nations Human Rights Council to abolish fully the male guardianship system. So my reaction was that, "Well, this is great and this is better than nothing but we're certainly hoping for other measures to be taken with regards to women's rights. And this is not enough."

So if these new rules are in fact implemented what will be the new normal for women in Saudi Arabia?

In recent months we've seen several young women who have fled the country and made public pleas on social media for help in seeking asylum from their family and the governments. So, one wonders: Are more women going to flee their country? What's going to happen?

There has been an outpouring of — I don't know any other word — but emotion in the wake of this rule change, the announcement of it. What's been the reaction to those advocating for human rights in Saudi Arabia?

Everybody remembers when the ban on women driving was lifted last year. But we activists believe that these measures are just for show and that Mohammed bin Salman is actively shutting down any form of peaceful dissent and actually has no intention of implementing real reforms. This was quite evident in May of last year when there was a wave of arrests of women human rights defenders. And the irony is that these women have long been advocating for such measures and for the male guardianship to be abolished. So these women are basically seen as a threat because if they were free, they would be challenging this modernist narrative that Saudi is trying to present to the world today.

So what do you think is next for the kingdom? Are you at least hopeful that these rule change proposals at least are the beginning of real change?

Ultimately, if Saudi Arabia is serious about improving the situation of women and human rights in the country, these women human rights defenders should be released unconditionally. And one more thing is that we've been talking a lot about the women, but let's not forget that there are also men who are currently in prison because they had been advocating for gender equality and equal rights and they haven't gotten any attention.

An earlier version of this story misspelled Inès Osman's name.