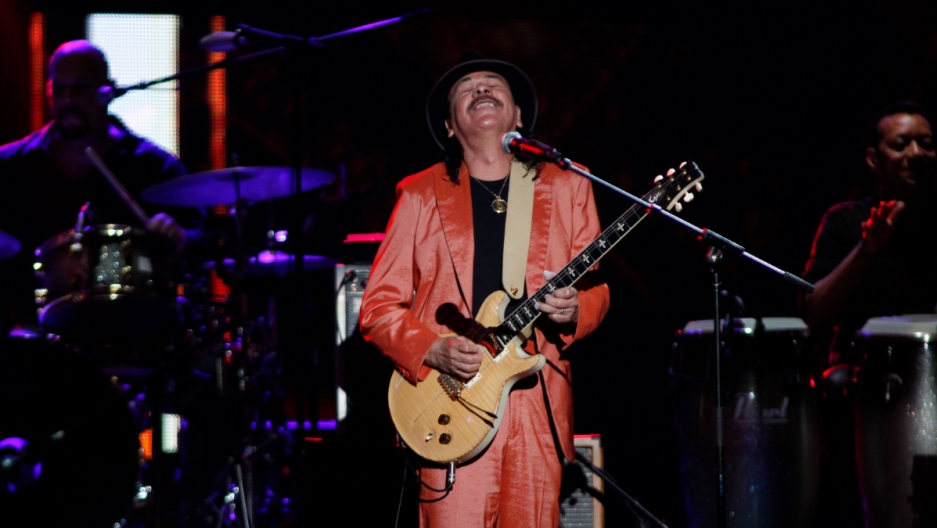 The troubled Woodstock 50 anniversary music festival planned for August has been officially canceled, with organizers blaming it on a series of "unforeseen setbacks." The festival was an attempt to bring together veterans of the epic 1969 three-day peace and music festival with younger artists.

Carlos Santana was at Woodstock 50 years ago. Last week, before the cancellation of Woodstock 50, Santana spoke to The World’s Marco Werman about his latest album “Africa Speaks,” and about the place where a lot of people discovered his mystical music: the 1969 Woodstock festival.

Marco Werman: I'm just going to start [by] looking back 50 years at Woodstock. If people did not know about Santana, they most certainly got hip when you and the band blew everyone's minds with "Soul Sacrifice". What have you been thinking as we hit this 50th anniversary of Woodstock?

Carlos Santana: Gratitude. I'm very grateful that I live long enough to see, firsthand, center-stage Woodstock, the Berlin Wall coming down, Mandela being freed and humanity celebrating the year 2000 worldwide with glee and joy. So, seeing Woodstock for the first time, I got to witness that humans are capable — to coexist and behave with unity and harmony.

I looked at Woodstock footage today and it looks so beautiful. Your band ... multiethnic, multiracial, the music rooted in improvisation and freedom and the crowd totally game for this new thing they were hearing. It feels distant — that kind of coexistence you were talking about. Over the years, do you feel we've lost something? Or have we gained so much, we don't even acknowledge it anymore?

I think that humans are being bamboozled or seduced with illusion because of what they show on TV over, and over and over. They have created fear everywhere. It's called fragmented fear right now. We're not so united unless there's an earthquake, like in San Francisco, then you see humans truly unite with mercy, kindness, compassion and being gracious, being considerate. People are conducting traffic, there's no more white, black, rich, poor, it just becomes one organism to heal each other. So, I don't believe we need catastrophic tragedies for us to learn to really be our sister and brother's keeper. 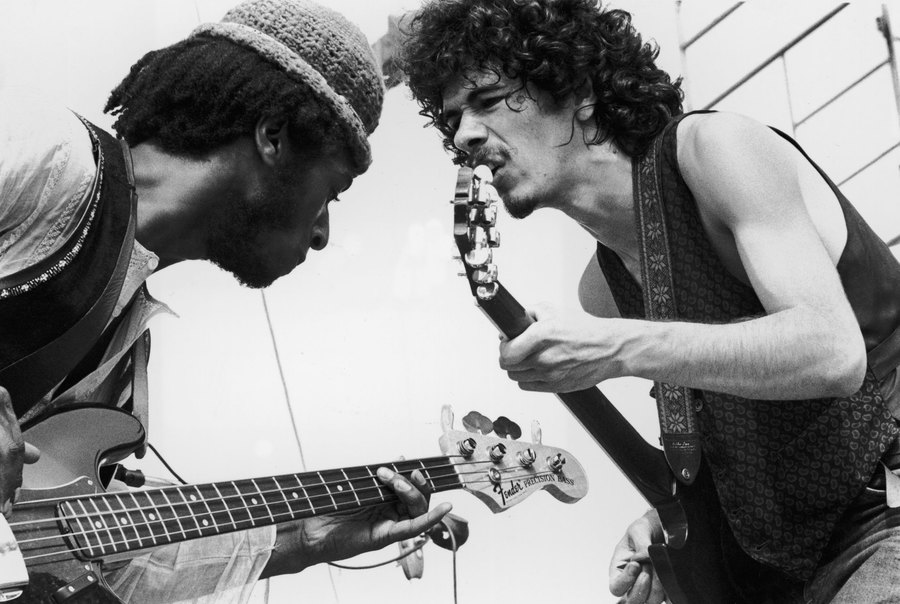 If I can return to Woodstock, that was a generation that changed the world in so many ways. What happened to the notion of "question authority"? Puerto Ricans, as we've seen this past week, still have it, but did the Woodstock generation become too sheepish?

No, I witnessed these young people march by the millions to protest the guns, NRA (National Rifle Association) and all that, the shootings in schools. The young people under 27, they have the courage, the greatness to stand up to the powers that be, that justify blood money: guns and people in government, both parties, who take money from the NRA, blood money.

I think it's very disturbing that after what happened in Las Vegas, a week or two weeks later, there's a gun show ... less than a mile away. So, if we look at [our] spiritual evolution, how other countries are dealing with that, they don't want to have that. They made a conscious decision collectively to just get rid of guns, whether it's in Australia, New Zealand and in many countries in Europe and they don't have what we have.

Your career certainly seems to have continued marching forward freely with curiosity, working with all kinds of musicians from all over the world. Your new album, "Africa Speaks," is all about that, in a big way. Kind of sounds like old Santana, with a totally organic exploration of the sounds that preceded Latin music and the new world. Why did you want to go in that direction?

Because that's the best medicine there is. I call it "mystical medicine music to heal a twisted, crooked world." There's a reason why Tito Puente, B.B. King and Miles Davis would see me, and all of a sudden, it's like they would adopt me, [as] part of the family, and they would advise me, encourage me and give me certain clues about pursuing a certain direction, and not to get stuck with the trappings that sometimes they were being trapped, bad management or this or that.

For me, when you have divine intentions, I believe the universe surrounds you with an abundance of miracles, blessings and the capacity to do the impossible.

When you started conceiving "Africa Speaks," were you [thinking], "Okay, I've gotten certainly a lot out of Latin music, Latin rock, and I want to go exploring the root of that." Was that the idea?

Yeah. Thank you for asking that. Basically, I knew from the beginning that anything that people call Latin or salsa, musica del Caribe (Caribbean music), it's really all African music. I just really explored and dove into it and learned it. I can go to Africa and everyone knows who I am and I'm part of the family because they know that, to me, the African language — which is a language with the congas — I can articulate this language very clearly. It's not foreign to me.

I can tell you [that] when I play this music from Africa, people shake off fear, resentment, guilt, remorse, anything that gives you cancer, they shake it off. And that's because joy is the nutrient ingredient in African music, and joy immediately dismisses fear.

Musically, you wandered all over the continent. Artisan songwriters you folded into this album include Senegalese musician, Ismaël Lô, to music by the late Rachid Taha. What did you learn along the way?

I learned that the future of music is coming from Africa. I learned that I must convince Jay Z, Beyonce, all my sisters and brothers who have big hearts and deep pockets, to help us open the door again to African music. Because after 9/11 they shut the door and a lot of times, they're not welcome here, they don't let them in. You know, the visas and the passports, if you have a Muslim name like Salif Keita, Mory Kanté, Ismaël Lô, Touré Kunda, they have a hard time, in Paris, and in here, making a living. 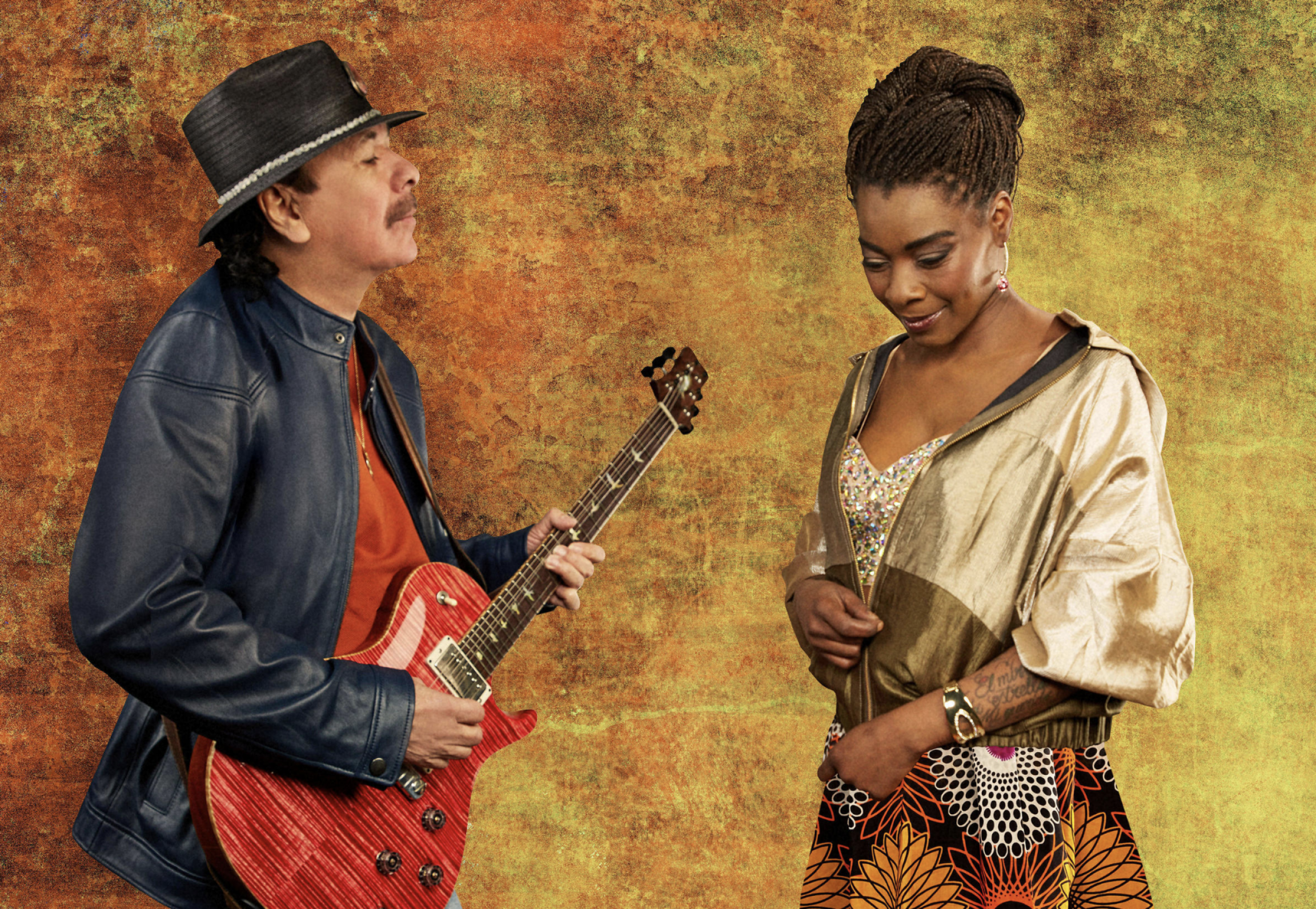 Maryanne Bilham/Courtesy of the Artist

You've got this great singer on "Africa Speaks" named Buika, she's from Equatorial Guinea. I know she spent a lot of time in Spain and she brings in Africa and flamenco, a whole bunch of things. How did you two meet and what made you realize you wanted to work with her?

Marco, you're awesome. Literally, we met in my dreams, you know, in my dreams and also by me surfing [the internet]. I used to go to Virgin Records in Paris, Mega Virgin records, and just raid and take everything that moved from Africa CDs, but since it's been closed, like everybody else, I surf [the internet]. At 3 a.m. in the morning, I was kind of going in and out, dreaming and going out, but I wanted to know what was the pulse of Africa, what is the new music from Africa now?

She shows up [at] 3:30 in the morning and I was "Buika? oh!" So, I put on her music. I woke up my wife Cynthia: "Honey, you got to listen to this." We bought the CDs, we drove around to Napa, and on the way over there, we really got into her music. So, when it was time to do this "Africa Speaks" with Mr. Rick Rubin and Buika and with Cindy playing drums in Santana band, all the components and elements were perfect for us to create 49 songs in 10 days.

Obviously, not all of them are on this album. What's going to happen to the rest?

They're going to come out. Right now, they are incubating and we'll find the right artists to sing them.